Swedish House Mafia’s team reportedly “pleaded” with the act to stop their performance. 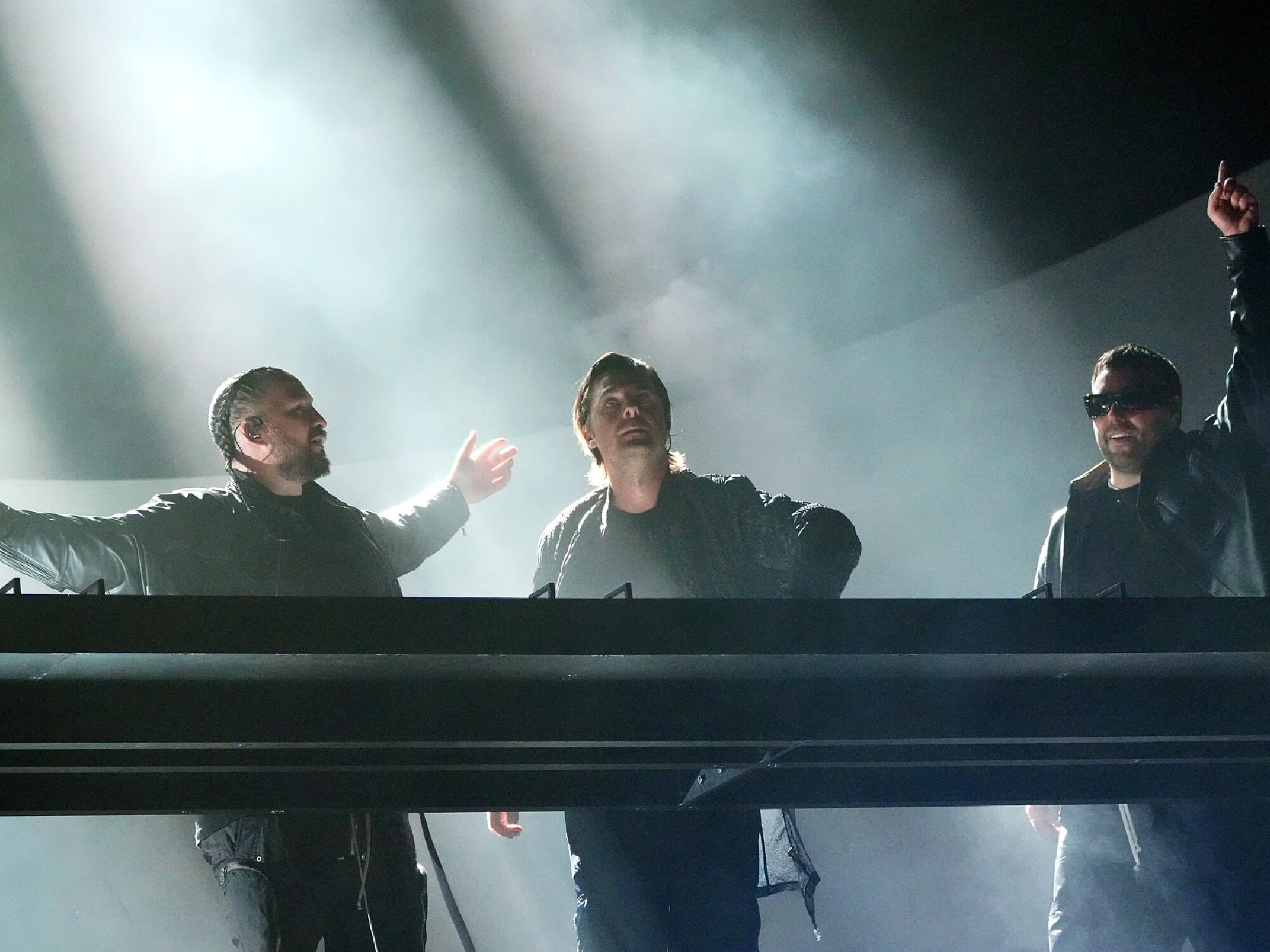 DJ supergroup Swedish House Mafia have reportedly damaged “millions worth of audio and stage equipment” after refusing to halt a performance in the pouring rain.

The trio played to a sold-out crowd at Banc of California Stadium in Los Angeles on September 9, where it rained heavily for nearly the entire set, TMZ reports.

According to the outlet’s sources, Swedish House Mafia’s team “pleaded” with the act to stop their performance, but their pleas were ignored as the group wanted to continue playing for the fans at the biggest outdoor concert of their tour to date.

As a result, millions of dollars worth of audio and stage equipment will have to be repaired or replaced, according to the outlet.

It’s unclear if Swedish House Mafia’s Mother Of All Decks – custom-made especially for the group by Teenage Engineering – was present at the concert. The one-of-a-kind deck hosts a computer, multiple mixers, Pioneer DJ decks, a sequencer, samplers, custom made light effects and mechanical tape reels.

The group were able to go ahead with their following show in Vancouver as it was fortunately unaffected by the damaged equipment. Swedish House Mafia are set to continue their tour with a UK leg that kicks off on 29 September in Manchester before coming to a close on 6 October in Dublin.

The trio’s IKEA x Swedish House Mafia turntable is set to launch in October. The player is part of IKEA’s OBEGRÄNSAD collection (Swedish for ‘unlimited’), which features budget-friendly music-related furnishing solutions designed specifically for producing, performing, and listening to music at home.

According to IKEA, the device is powered by a USB cable and can be connected to standard wired speakers — or more advanced sound systems via an adapter. It also comes with a replaceable needle and cartridge, and features a “sound, solid overall construction” that the brand claims is capable of “absorb[ing] any vibrations from where the record player sits”.