The brand thinks that the upgraded model will be ideal for both small gigs and sold-out arenas. 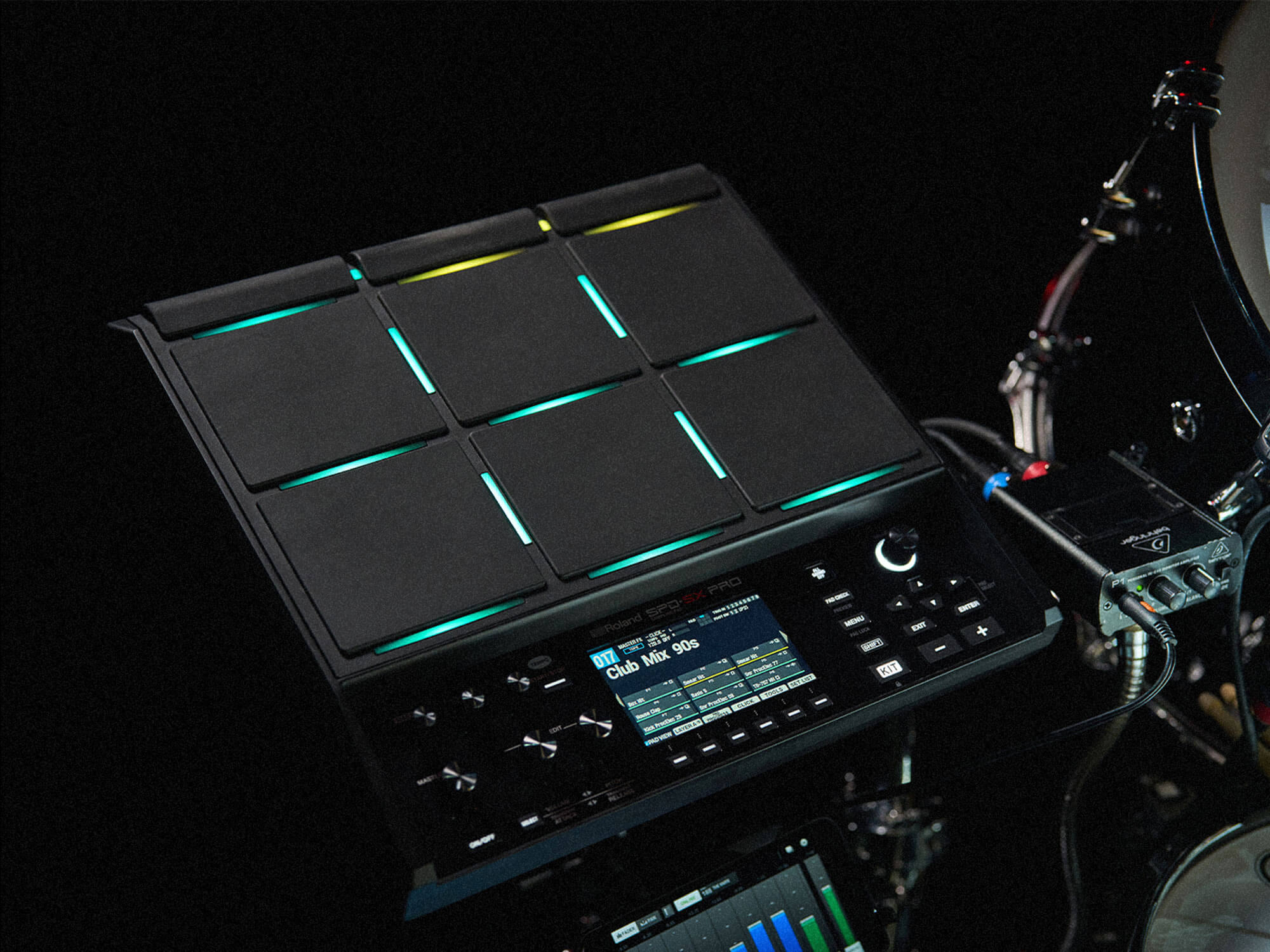 Roland has launched its new SPD-SX Pro sampling pad, with new features and functions that artists have been dying for in the brand’s world-famous sampling pad line.

Roland has listened to its users’ feedback and taken the SPD-SX Pro through years of road testing. In the upgraded model, there are more audio outputs, including balanced stereo master outputs, four fully-assignable mono outputs (these are also balanced), expression control, 32GB internal memory, a higher sampling playback rate, and plenty more. Roland’s describing it as the “ultimate sampling pad for the most demanding gigs,” building on its predecessor, the SPD-S.

With the SPD-SX Pro, Roland aims to wow crowds at both small gigs and sold-out venues, and comes with increased crosstalk connection to prevent the accidental triggering of other pads. With this model, you can now add up to eight individual triggers or additional pads.

Aesthetically, its LCD digital display screen provides real-time feed such as A and B sample layers, WAV sample names, sample playback progress, and more. It also boasts LED trigger lights, all within a sleek black casing with matte black pads. You can even use your existing carry case and accessories for the SPD-SX as it’s near-identical in size.

Check out Roland’s overview video below for a more in-depth look:

Longtime users of Roland’s SPD range have commented on the release in the YouTube comments of the above video. One user thanks the music gear manufacturing giant for listening to its fans when it came to adding their desired improvements. Another user noted that their  SPD-8 is still going strong after 30 years – could the new SPD-SX Pro stand the same test of time?