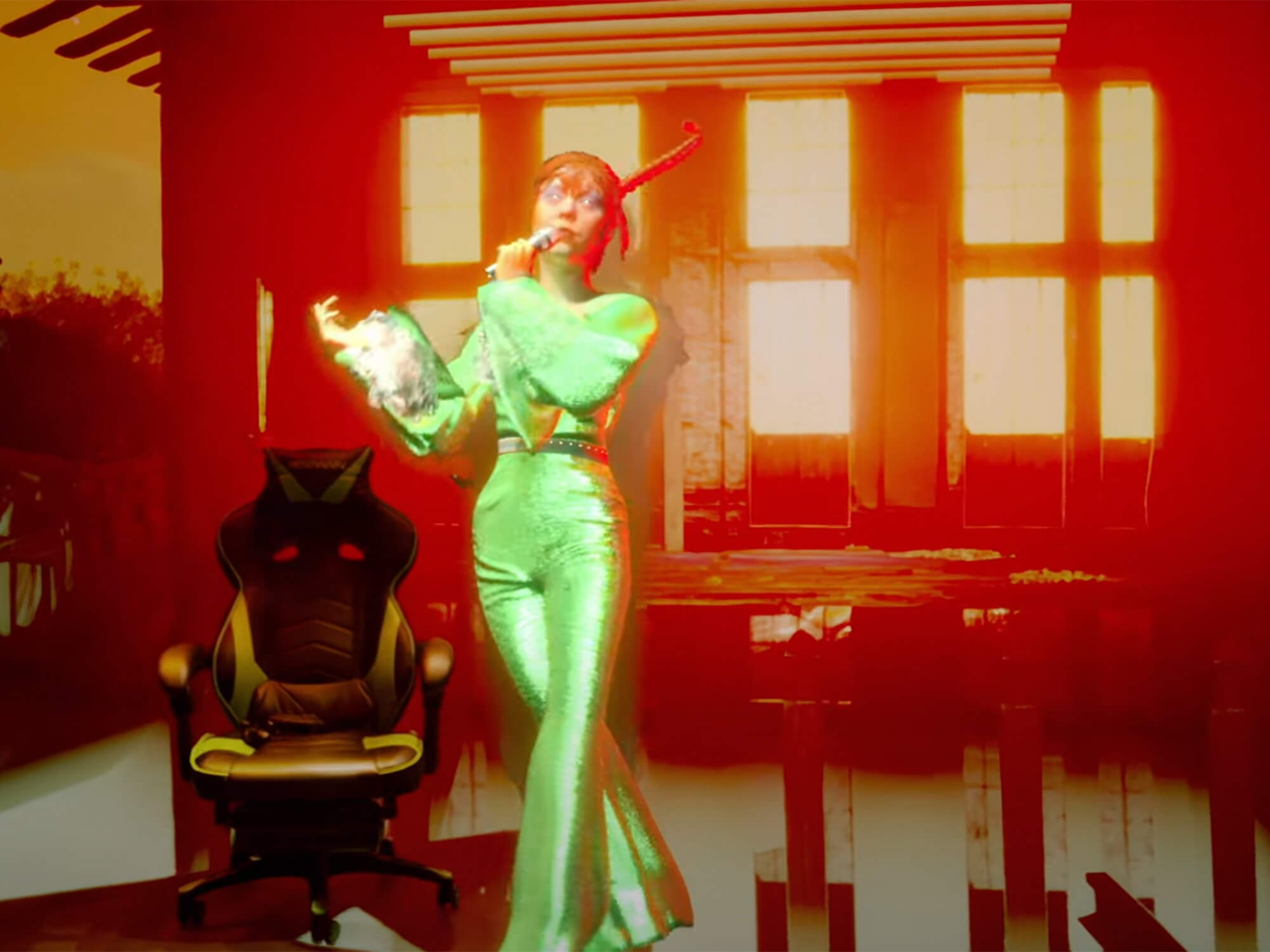 A neural network imitated the sounds of Herndon’s voice through machine learning, a network she calls Holly+. The cover sounds eerily clean and convincing though does slightly lack some of the nuances and emotion of a human singer.

Holly+ is built on recordings of vocals from Herndon’s voice and can sing back phrases that have been input by text. Impresisvely, the network can also translate an existing audio recording into the Holly+ target voice.

A statement from Herndon on the release reads, “I am releasing Holly+ in collaboration with Never Before Heard Sounds, the first tool of many to allow for others to make artwork with my voice, and will distribute ownership of my digital likeness through the creation of the Holly+ DAO [Decentralised Autonomous Organisation].”

She continues, “My voice is precious to me! It is 1 of 1. Voice Models, in combination with machine learning technology, already allow for anyone to clone a voice to generate music and media, and the opportunities and complications inherent to these techniques will only intensify!

“This development raises novel questions about voice ownership that I think can be addressed by DAO governance,” Herndon adds. “I plan to decentralise access, decision making and profits made from my digital twin, Holly+.”

Herndon notes that profits made from the commercial usage of her digital likeness will be ingested by the DAO, who are able to vote on new tool creation, and approve official usage of Holly+.

You can watch the cover below, which includes an animated video created with Mocap:

Artificial tech such as AI, VR and AR has slowly started to integrate into music more and more over the past couple of years. In August, Virtual rapper FN Meka made history as the “world’s first AR artist” to be signed and dropped by a major record label. Capitol Records “severed ties” with FN Meka following accusations that the project was perpetuating racist stereotypes and appropriating Black culture.

Herndon will soon be launching a Zora auction house to sell approved works made with her likeness. If you fancy giving this AI tech a try yourself, you can submit your own audio on holly.plus.