Load up TouchOSC on your phone and manipulate your modular 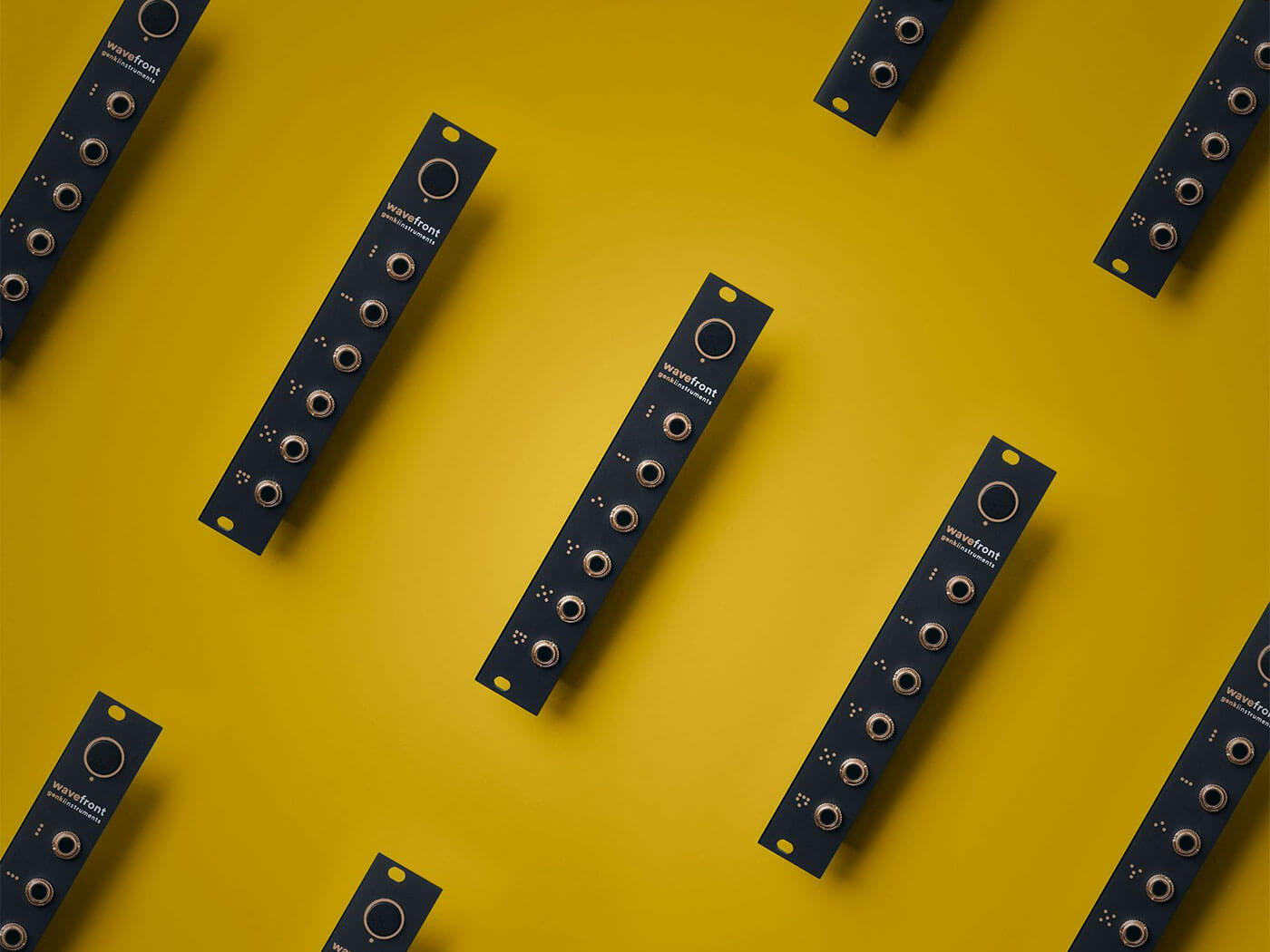 Genki Instruments is frequently cropping up on our radar at the moment – for good reason, too. Known for their wearable wireless modulator, Wave, the brand has released an update for its Wavefront 4hp Eurorack receiver to allow communication between any Bluetooth MIDI device.

After announcing Wave’s support for WIDI Master last month, the Wavefront update continues the brand’s mission to make wireless music-making more accessible. Previously, Wavefront would connect to other modules and receive MIDI data from Wave, the wearable modulator, to control instruments, effects and sequencers. Now, users can pair Wavefront with a Bluetooth device, such as a Bluetooth MIDI controller, tablets, phones and laptops to automate parameters.

Wavefront translates MIDI to CV, with four CV outputs, one for each Wave gesture, plus a 5V trigger and a 5V gate. You can use a new TouchOSC layout from Genki as an XY pad for Wavefront to control other modules; automate CV through Ableton Live; connect standalone hardware without cables, and use a ROLI Seaboard to play notes on your Eurorack system. More possibilities abound, but the simple fact is that this may change the way you interact with modular in your studio and onstage from here on out.

Bluetooth equipped Eurorack modules aren’t unheard of – Rich Heslip’s DIY Motivation Radio module functions in a similar way and the ADDAC806 module can transmit audio over Bluetooth. Wavefront, however, is immediately available as a commercial product, not a DIY project, and is part of a wireless family that Genki Instruments seems to be building on.

Ólafur Bogason, CEO of Genki Instruments says “Ever since we launched Wavefront a little over a year ago the community has urged us to open it up to the increasing number of devices that support Bluetooth MIDI. We are thrilled to announce that our engineering team has been working behind the scenes to release the Wavefront update and opening up a whole new world of possibilities for Bluetooth MIDI devices in the modular community”.

Genki Instruments’ Wavefront costs $199 on its own but can be purchased as a bundle with Wave at $399. Find out more at genkiinstruments.com.