The latest addition to its Originals series takes a stab at reviving the Wurlitzer electronic piano. 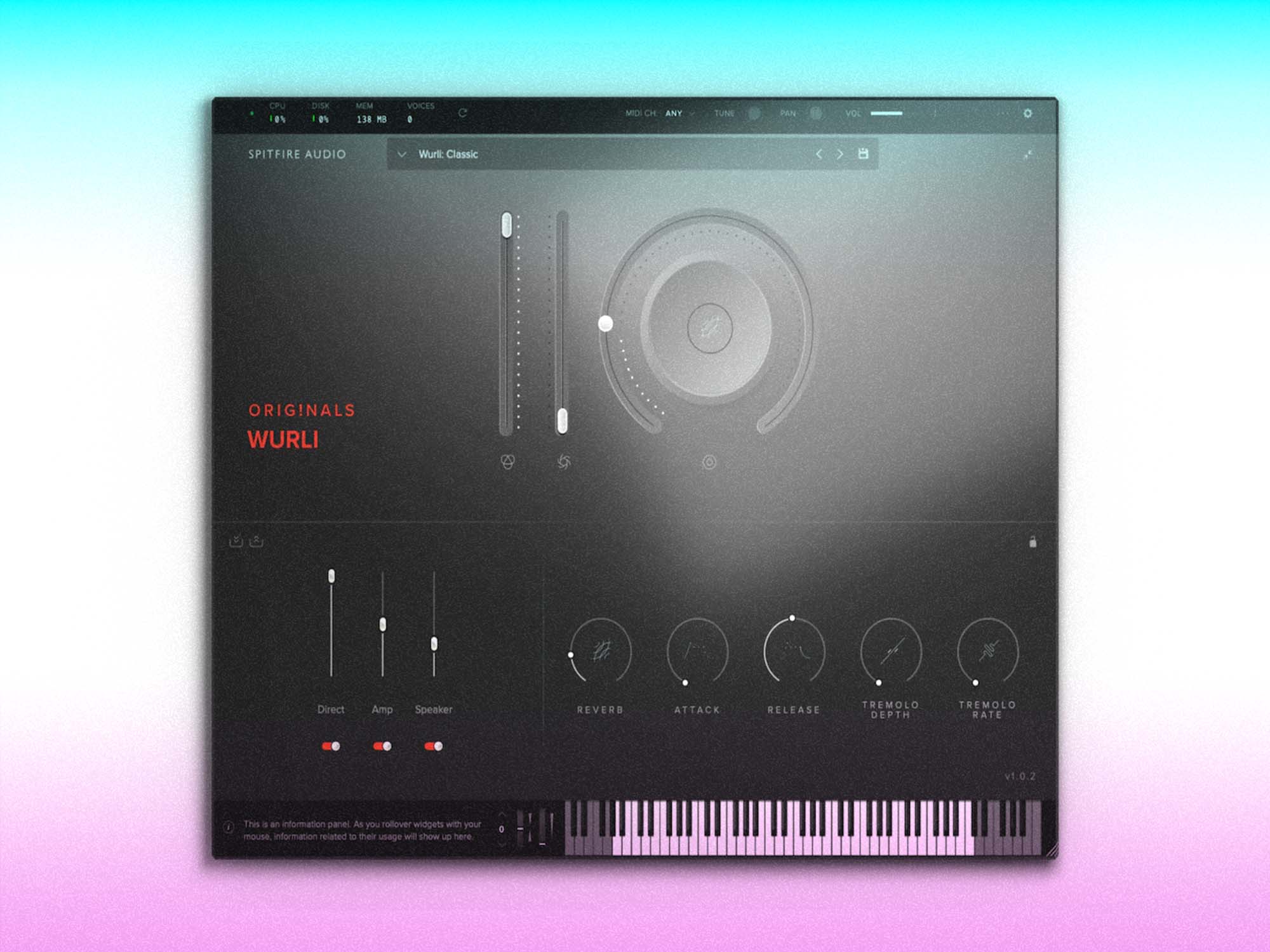 Spitfire Audio has unveiled its latest offering from its Originals series, this time giving its take on the vintage Wurlitzer keyboard in the form of a new plugin, Wurli.

The sounds of Wurlitzer electronic pianos can be heard on hits spanning from the 50s through to today, featuring on tracks by the likes of Elton John and Donny Hathaway.

Spitfire Audio has described the launch as “the definitive rendition of the legendary vintage keyboard”, it has four separate presets – Classic, Funky, Mellow and Stabs – and allows users to adjust Attack and Release controls to create pads and unique tones.

There’s also a classic keyboard section in the library, where Tremolo Rate and Depth controls offer the ability to curate and personalise the exact sound for your compositions.

Take a look at the demo below for further insight into how it works:

Spitfire Audio’s in-house composer Dan Keen said of the plugin (via SonicState): “It’s got a beautifully warm circuit to it, but it also has this bite that is just undeniable and cuts through a mix really well; this instrument was recorded at North Seven Studios, and was actually part of our original [now-discontinued] NORTH7KEYS library, so any customer of that library will get [Originals Wurli] as a free download, but because we’ve brought this into our Merlin engine we’ve been able to do things with it that we wouldn’t have been able to do on the original.”

The original series sees the brand revive a variety of classic vintage sounds for a small price. It even launched the Originals Epic Choir in July 2022 – a plu which allows music-makers to add eerie, triumphant or dramatic choral vocals to their music.

You can get your hands on Wurli now for just £29, for more information including compatibility and full technical specs, go to spitfireaudio.com.