The vocals were recorded from a 50-piece ensemble 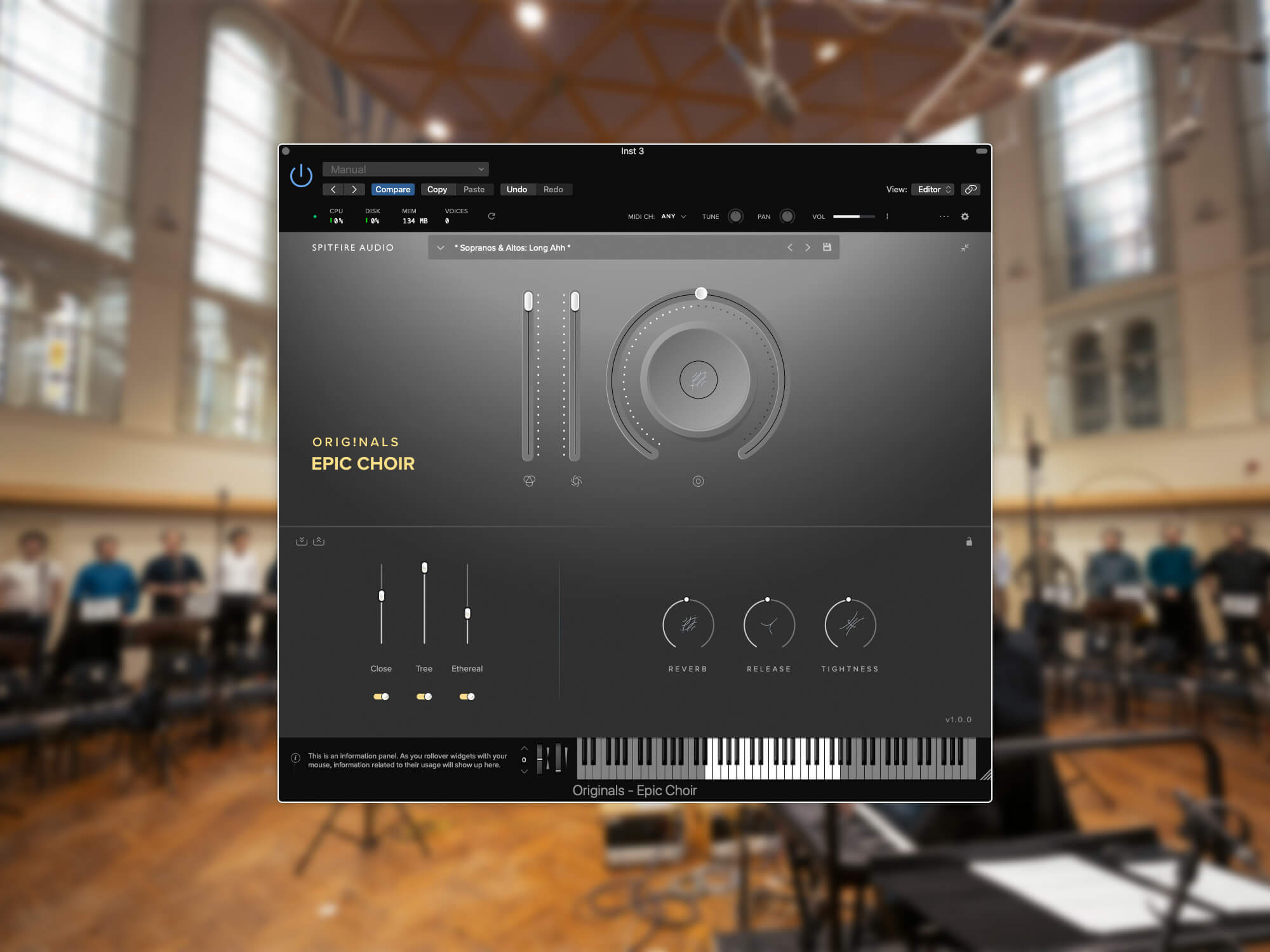 Spitfire Audio has launched the Originals Epic Choir – a plug-in which allows music-makers to add eerie, triumphant or dramatic choral vocals to their music for a small price.

The vocals were recorded in Lyndhurst Hall at AIR Studios and were performed by a 50-piece ensemble. The choir is split into two sections within the plug-in of sopranos with altos, and tenors with basses. Each section features the same presets such as “long mmm” or “short staccato syllables” and more.

There are three microphone signals – Close, Tree and Ethereal. Close allows users to bring the voices to a shorter stop with a concise sound, with the Tree slider giving a more spacious sound, captured by the real-life voices in a Decca tree array. Finally, Ethereal brings glistening reverb for that otherworldly atmosphere.

There are also further dials for Reverb: Tightness and Release. These controls aim to offer users control and flexibility over articulations and the length of the sound. It’s also been programmed to play the same syllable when playing different notes. The Originals Epic Choir should bring ease to those who want to compose scores for film and TV, or just make their mixes more theatrical.

A choir-specific plug-in has been a desirable product of fans for some time, with users praising the plug-in’s launch. One commenter on YouTube wrote, “I’m going to scream, you guys have just upended the racket that is the existing selection of way-too-pricey quality choral libraries. Never stop being amazing.”

Watch the walkthrough below for a better idea of how the Originals Epic Choir works:

The Originals Epic Choir is available now for just $29. Find out more at spitfireaduio.com.