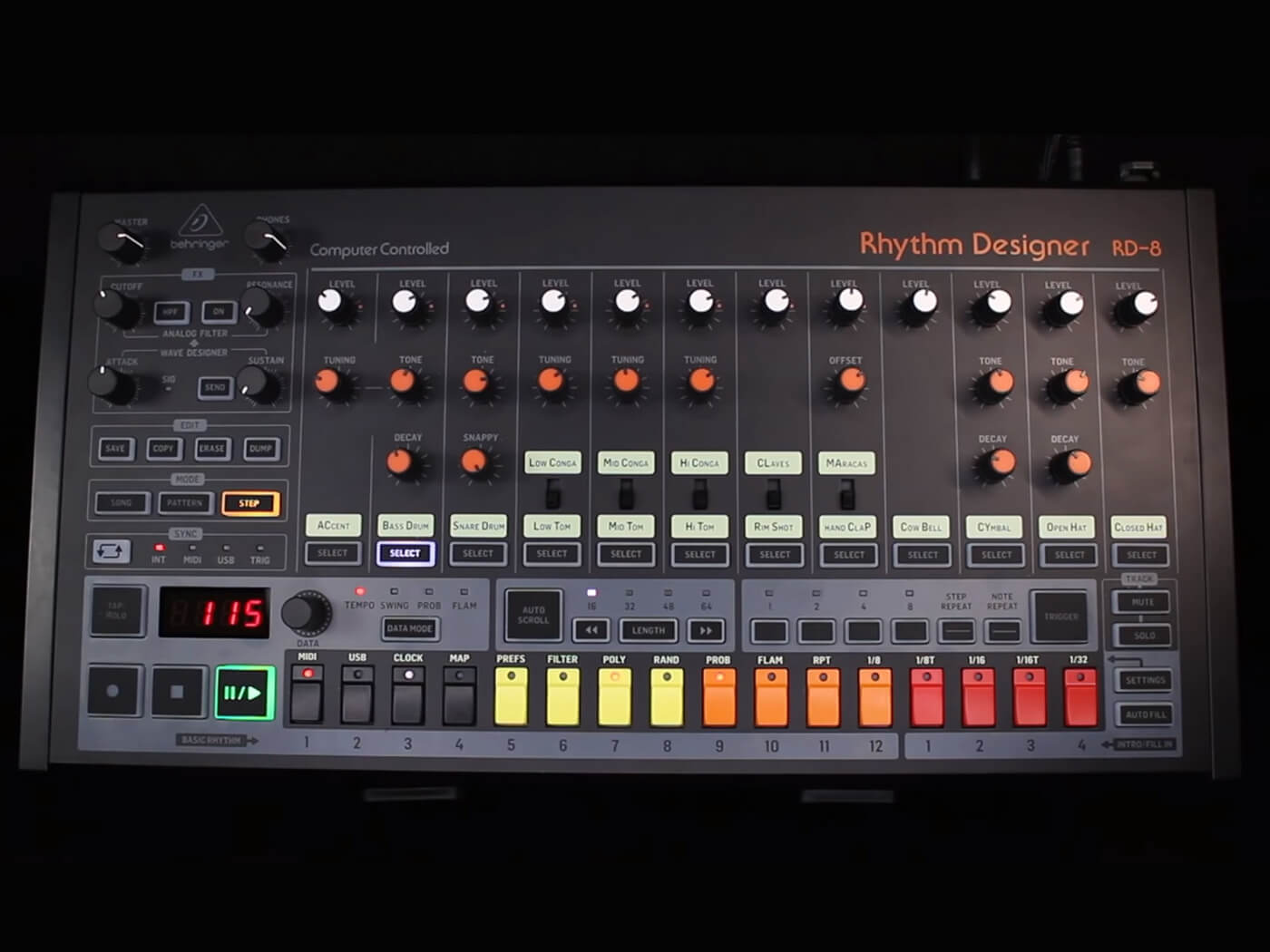 After a short tease last week, Behringer has announced the RD-8 MKII, which the brand says is the most authentic analogue recreation of the Roland TR-808 ever.

The most notable addition in the RD-8 MKII is Behringer’s recreation of the 40-year-old BA662 chip, created in collaboration with its sister brand, Coolaudio. The chip is vital to producing the authentic sound of the 80 but became obsolete after the 1970s. According to Behringer, “vast resources” have been spent reviving the chip and delivering a genuine analogue emulation of the legendary drum machine.

RD-8 MKII comes with new live performance features, including step repeat, note repeat, realtime triggering and live step overdubbing in each sequencer mode. With these functions, you can create patterns on the fly and easily revert to manual mode to experiment with new variations. Behringer says that you can “perform entire sets from start to finish just using your RD-8 MKII”, thanks to being able to cue up another song without interrupting playback.

It’s not clear what else is new in the RD-8 MKII. However, on its social media platforms, Behringer has told its customers that “[it] spent 1.5 years to recreate the original 662 chip. This is the main difference”, and that the “RD-8 MKI was released in early 2019 and, based on over two and a half years of customer feedback and improvements in technology, this has resulted in us developing the MKII”.

In any case, it appears that Behringer will be phasing out the RD-8 MKI, as the new machine is immediately in stock and shipping from the Behringer factory. It’s available for $329, which is around the same price as its predecessor.

Find out more at behringer.com.