It may be one of the most iconic drum machines of all time but is this trailblazer still a recommended purchase? 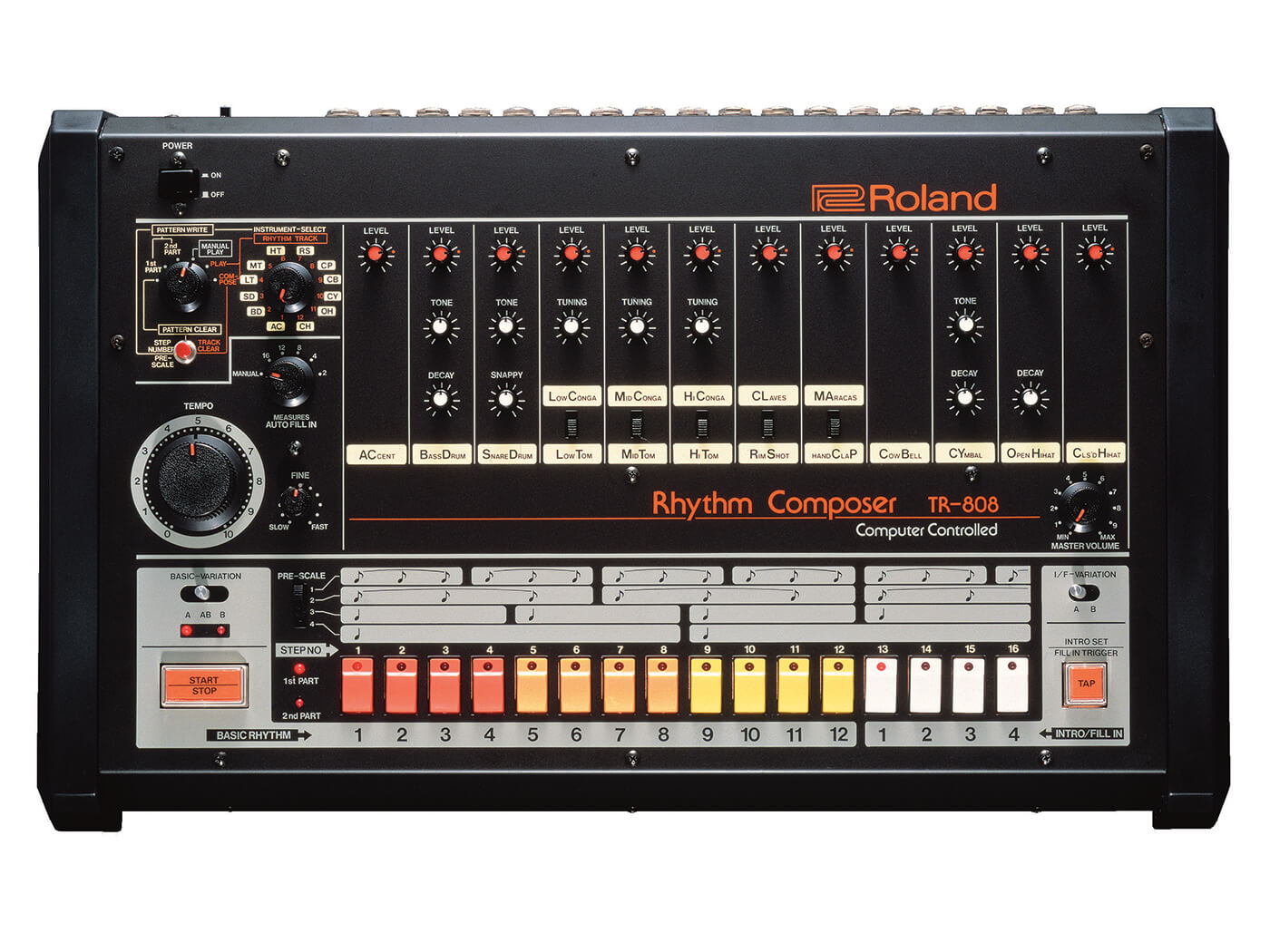 There’s a strong argument that the Roland TR-808 is the definitive drum machine: innovative, distinctive, enormously popular, and responsible for entire musical genres that sprung up around it. At the very least, it’s got to be the most widely known; its signature kick drum makes it one of a select group of electronic instruments recognisable to the general public.

I’d built it up too much in my mind, from the moment when, as a teenager in the 1990s, I discovered that this one mythical machine was behind the rhythms of an eclectic selection of my favourite tracks, from Planet Rock to Sexual Healing via Voodoo Ray to name but a few. Which is why, a few years down the line, in a studio somewhere in deepest West Yorkshire, I was left nonplussed when I finally got my hands on a real-life 808. Okay, the sounds were all there but was this it? The 808 is basic by modern standards: a simple step sequencer, 11 sound circuits (some of which double up as two instruments, forcing you to choose between a tom and a conga, or a maraca and a handclap) and not much else. No swing or any other kind of MIDI control. No velocity, just accent. No tuning on anything but the tom/conga circuits.

For all its limitations, however, I found myself glued to the 808 some half an hour later, prodding at its chunky buttons in some kind of trance. Never mind the absence of ‘proper’ sequencing or pitch-perfect kick drums, there was no doubt that this was still an engaging and inspiring instrument. Hook the 808 up to a half-decent pair of speakers and its glorious analogue sounds will surely win you over, from the booming kick to the amazingly characterful clap, the sizzling hi-hats and the funky percussive blips of the rimshots and claves. 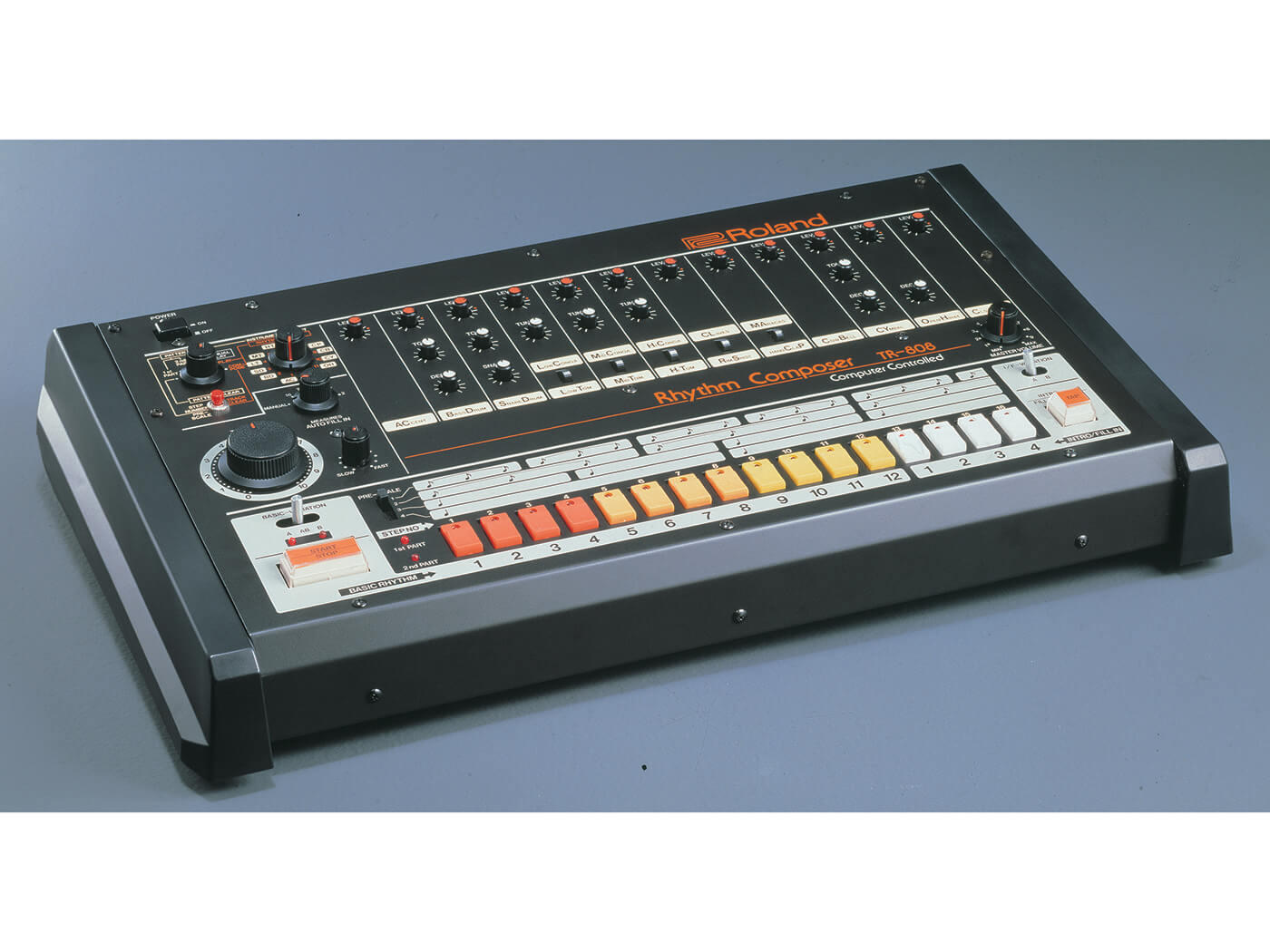 None of it sounds particularly realistic, of course. The rival Linn LM-1 Drum Computer, also released in 1980, offered much more authentic sounds (albeit at a much higher price) thanks to its revolutionary sample-based design. But that’s not really the point of the 808. The later TR-909’s kick drum is punchier and some might argue that the cheaper TR-606 has better hi-hats, but the 808 is the sound of electro and a sizeable chunk of 1980s hip-hop, as well as an eclectic range of other eras and genres.

Now celebrating its 40th birthday, the 808 has become a timeless musical-instrument sound in the vein of the distorted electric guitar or an acid bassline from one of Roland’s other iconic machines, the TB-303. Its contemporaries, such as the LinnDrum or Oberheim DMX sound dated in a way that the 808 doesn’t. They don’t necessarily sound bad, just distinctly early-1980s, whereas the 808 still features in hit pop records to this day.

Priced at $1,195 on release – the equivalent of about $3,700 today – the 808 wasn’t cheap. The usual narrative is that the 808 was a commercial flop for Roland, beaten by the sample-based – and therefore much more realistic-sounding – Linn LM-1 and LinnDrum. After just a couple of years, the 808 was discontinued and replaced by the all-new 909, a beefier machine with built-in MIDI, swing, pitch control, sample-based cymbals and various other tweaks to address the limitations of its predecessor.

Like so much of the story, that ‘flop’ has to be considered in context. Roland apparently sold about 12,000 units during the 808’s short lifespan. This is a number most drum-machine manufacturers could have only dreamed of back in the early-1980s, let alone 40 years later. By comparison, the 909 sold about 10,000 units, while Linn produced only 525 LM-1s and about 5,000 LinnDrums. 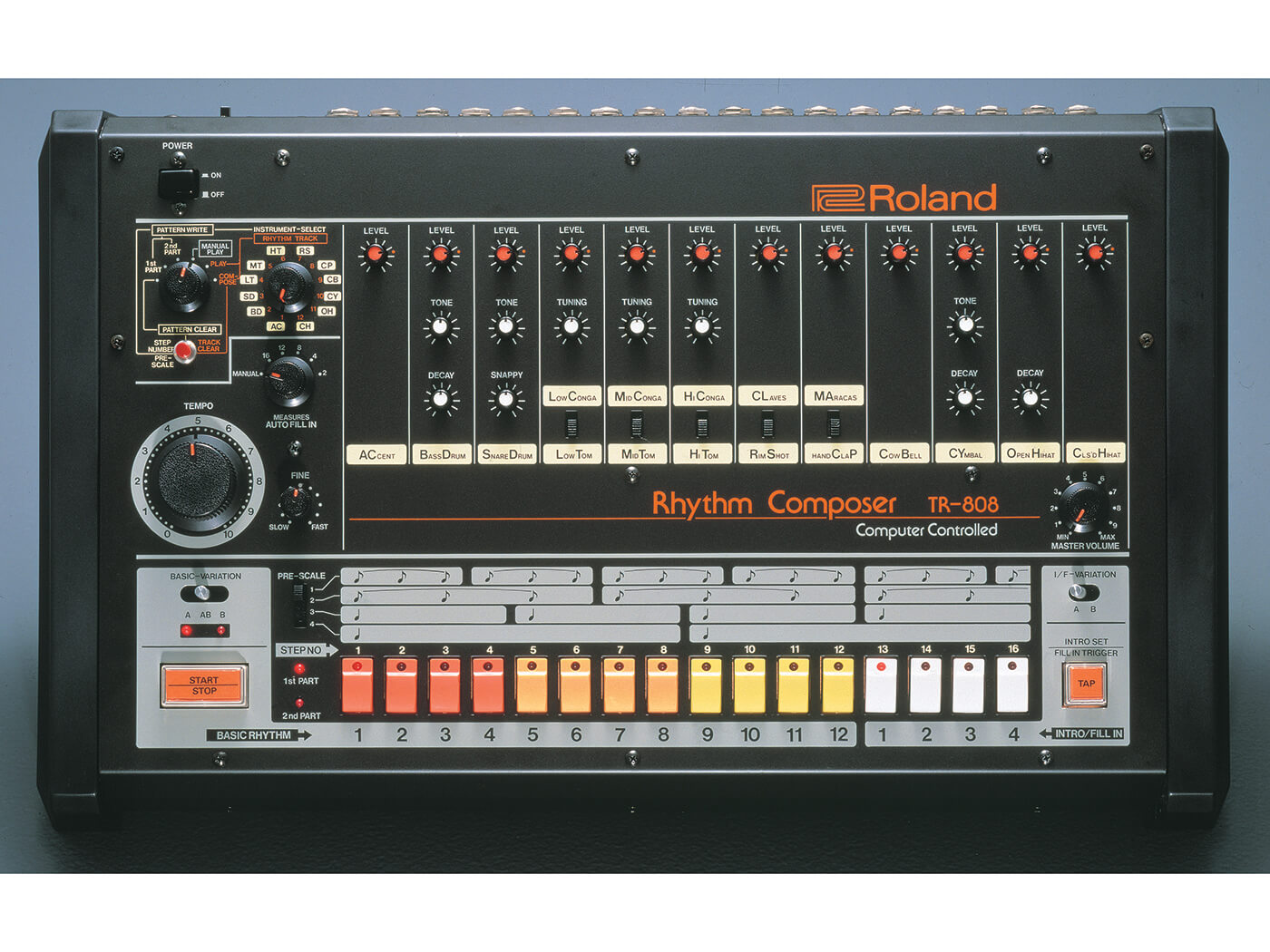 Either way, the 808 eventually plummeted in value on the secondhand market, finding its way into the hands of artists in new and exciting scenes, such as techno and Miami bass. From big-budget studio pop acts to down-and-dirty warehouse raves, the cultural impact of the 808 can’t be overstated; it’s hard to imagine how different music might have sounded from the 1980s onwards without it.

Four decades on from its original release, the 808 is still one of the most iconic drum machines of all time and has finally, as of this year, been inducted into the NAMM TECnology Hall of Fame. Should you buy one? Unfortunately, it’s increasingly hard to recommend purchasing an original unit if you actually want to make music. The 808 can be modded with contemporary features such as MIDI and tuning knobs, but with prices now well in excess of £3,000, the original has become more of a collector’s item than a go-to instrument for drum programming.

The good news is that there are dozens of alternatives that pay homage to the original and upgrade it for modern use. These include Roland’s own digital TR-08 Boutique module, the analogue Behringer RD-8, the D16 Nepheton plug-in and many others. Tiptop Audio will even sell you a full range of Eurorack modules that replicate the circuits of the 808’s kick, snare, hats, cowbell, claves/rimshot and maracas.

A true legend in every sense, the 808 made its mark on music like no other drum machine before or since.