Behringer shares sneak preview of the MS-5, a reproduction of the Roland SH-5 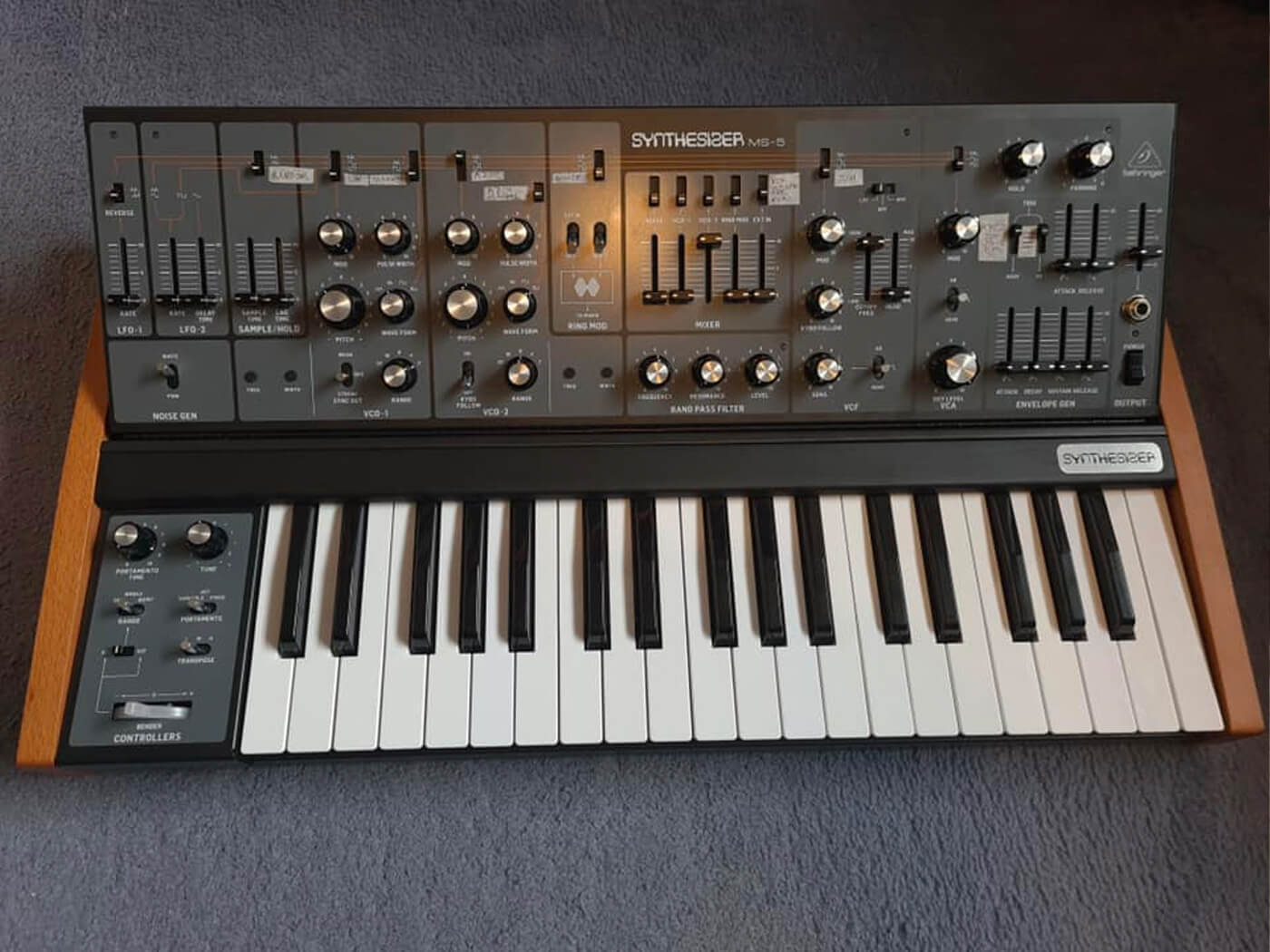 Behringer has previewed yet another clone it has in the works: the MS-5, which appears to be a less bulky version of the Roland SH-5 analogue monosynth.

The MS-5 was shown off in a photo posted by Behringer to its Facebook page on Sunday (18 July). The instrument – seemingly dubbed the Synthesizer MS-5 – sports a very similar layout and colourway to the original from the 70s.

“What would you think if we made an MS-5 synth?” wrote Behringer in the post.

What would you think if we made an MS-5 synth?

Specifications for the Behringer MS-5 have yet to be released, but if it aims to reproduce the feature set of the original, we can assume it will have two analogue VCOs with triangle, ramp and pulse waveforms, two LFOs, two filters, two VCAs, two envelopes, white and pink noise generators, along with a five-channel mixer. It should also bring portamento, pitch bend and ring modulation talents to the table.

The synth is just one of many instruments Behringer is working on in 2021 which either replicates or draws inspiration from vintage hardware. Last week, the brand announced its partnership with original Polivoks designer Vladimir Kuzmin to develop a new Polivoks-inspired synth.

Meanwhile, the company is due to officially announce its clones of the Oberheim OB-Xa and Yamaha CS-80 analogue synths.