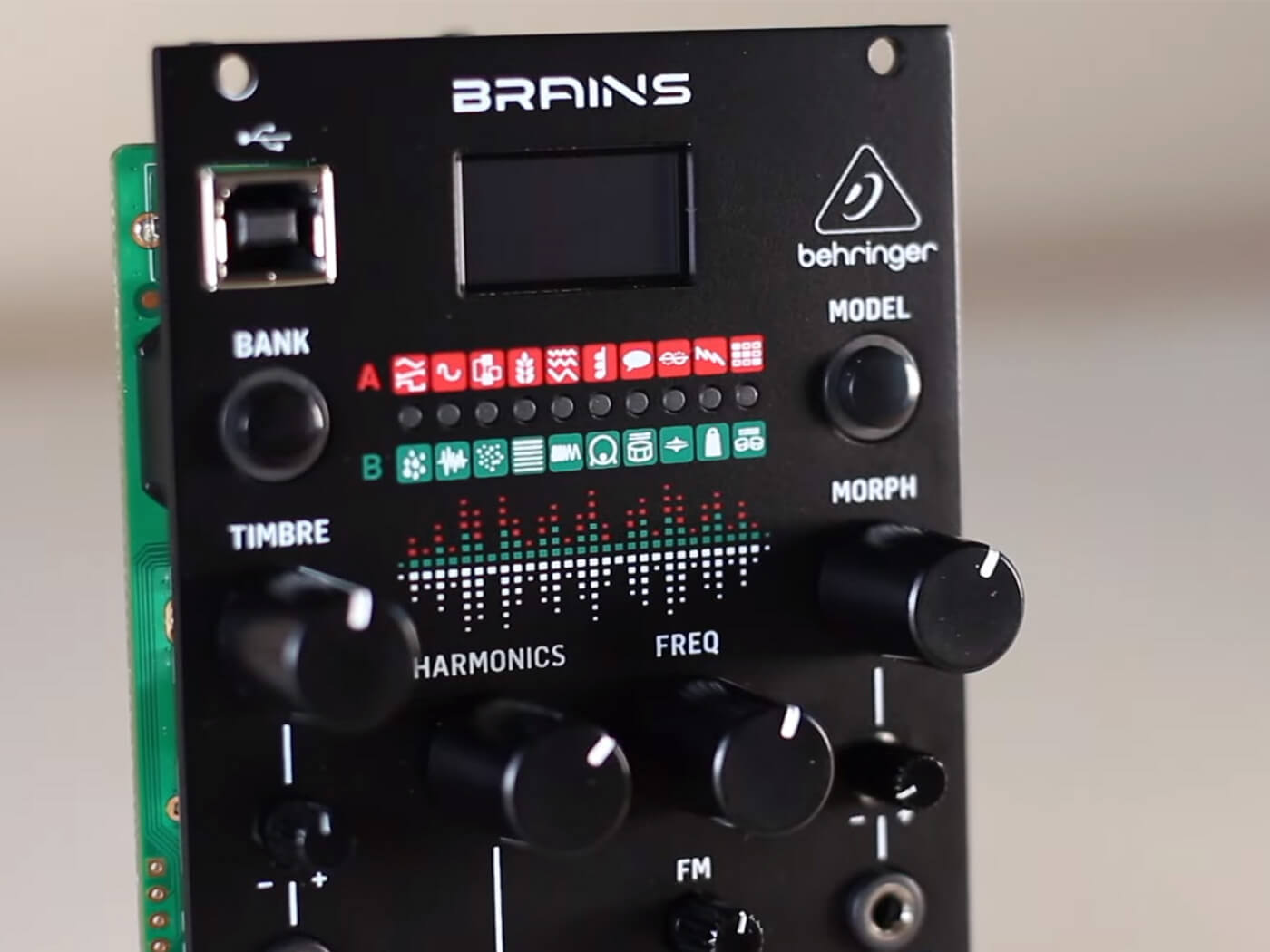 Behringer has unveiled Brains, a multi-engine oscillator module for Eurorack, boasting 20 synth engines for a range of different applications. The brand says that this affordable module is a “no-brainer” for existing owners of modular gear and for producers looking to get started on a modular journey.

Brains was teased last week on Behringer’s YouTube and social media channels, with speculation of the announcement of a Behringer DAW or a new sequencer. The Eurorack module may come as a surprise, then, but it seemingly packs some intriguing features that might pique the interest of many producers.

Watch the full overview below.

Brains seemingly incorporates features from Mutable Instruments’ open-source Plaits Module, which Arturia also used in its MicroFreak synth. Both oscillators have two outputs: one as the main output and another that is algorithm-dependant. Knobs for Timbre, Morph, Frequency and Harmonics are onboard, with the latter being particularly useful in Chord mode for instantly selecting chord structures.

3.5mm CV connections are included for quick patching into a Eurorack setup, along with a USB connection for hooking up to USB-equipped devices. The USB port will also allow users to update the firmware in the future.

Behringer says Brains will be available for $149, although no shipping date has been announced.