Show Off Your Studio: GusGus and the Monophony Monster Wall

Biggi Veira shows us around the studio and shares the samples and techniques used throughout the GusGus discography. 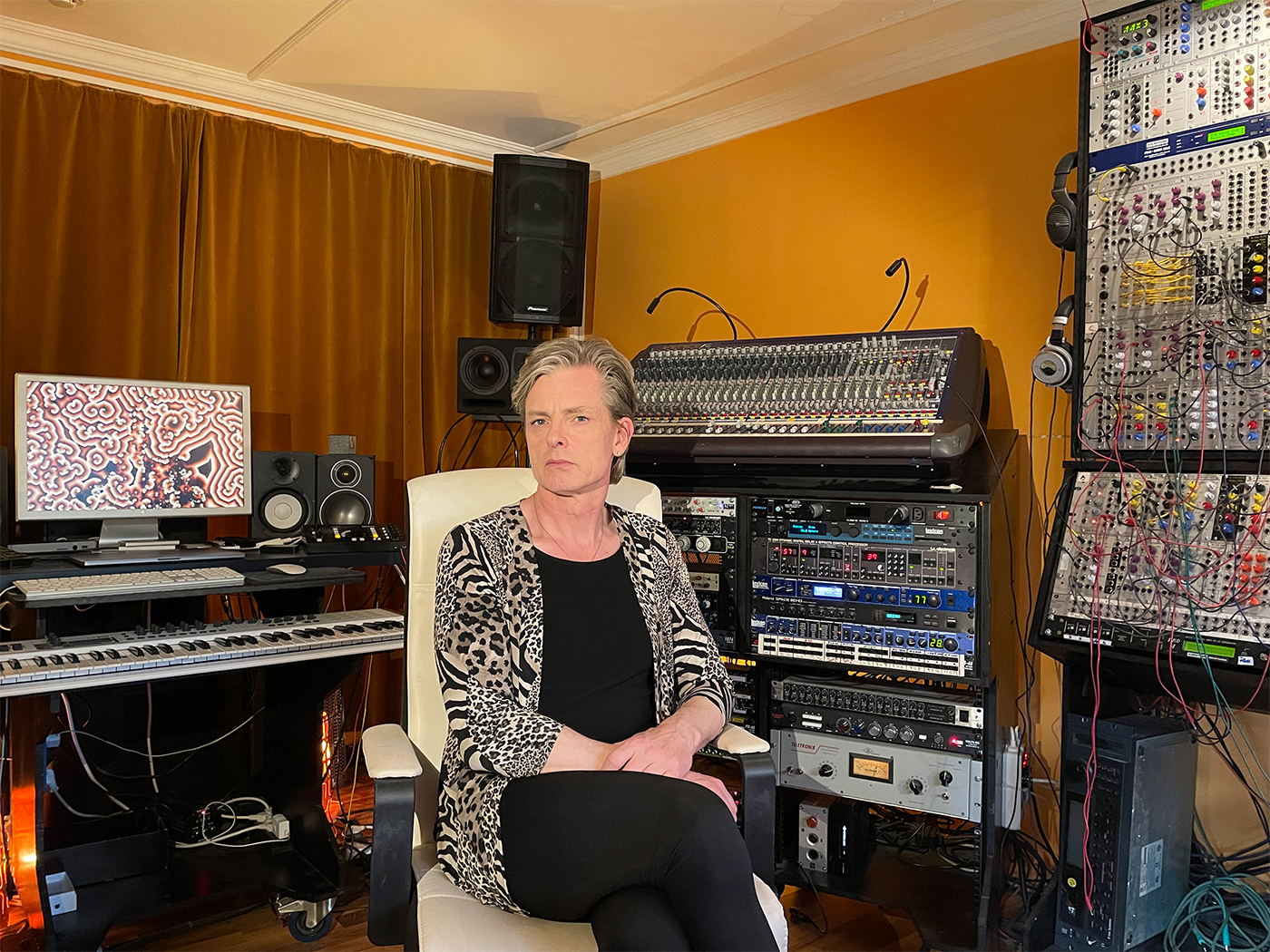 Icelandic act GusGus has grown alongside the electronic music scene. Since their self-titled debut album in 1997, GusGus went on to remix music by pioneers Björk, Depeche Mode and Sigur Rós, produce 10 albums – some critically acclaimed – and perform countless times at festivals and at their headline gigs. After celebrating their 25th anniversary in 2020, the group intends to continue the GusGus story with their new album, Mobile Home.

We caught up with bandmate Biggi Veira, who commands the Monophony Monster Wall, among other impressive gear and vital processes. We learn how this gargantuan collection of instruments helps form the GusGus sounds, with Biggi even giving you a free folder of Doepfer samples that were used in GusGus’ remix of Björk.

Tell us a bit about the studio, Biggi Veira.

I bought a house in 2007 with a 40 square-meter garage that had high ceilings. I wanted to have the studio close by, as I love working at night. I grew up in music using hardware and now I simply don’t feel ‘creatively sexy’ when I use software synths. Therefore, the studio is set up as an old-style synth and hardware studio, with a 32-channel mixer to get hands-on with everything. 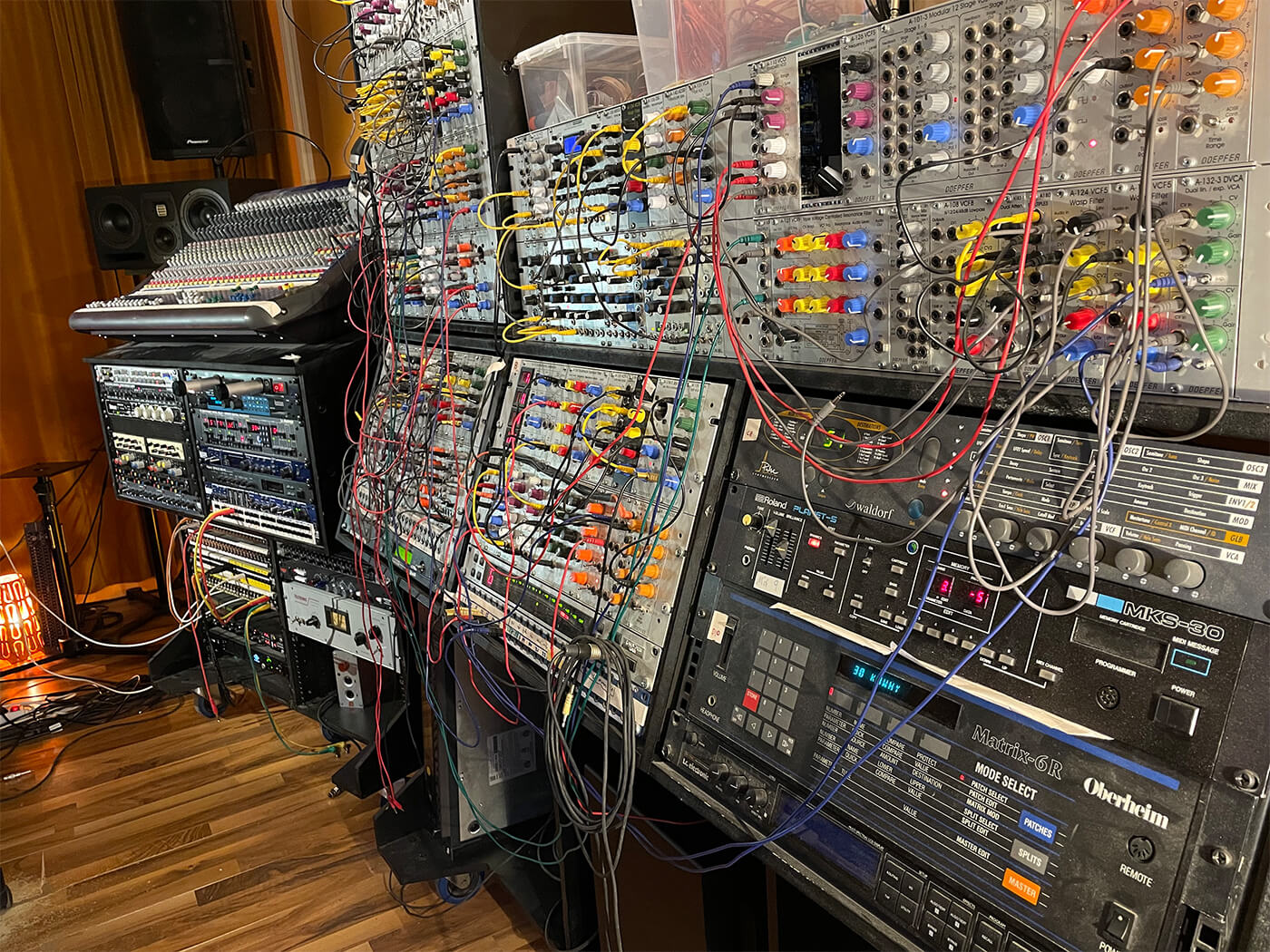 The polyphonic section is mostly Roland’s 80s stuff. In the monophonic section, I have almost moved fully into the modular realm. I have nine two-row Eurorack boxes of modules, mostly Doepfer stuff. Each of the boxes has everything to create a full patch with a different theme in each box. There are always a couple of cool operational patches with interesting possibilities to use when I feel creative.

All of our work is recorded and mixed here. I have it set up so that I can turn everything off that is not essential for recording vocals. This enables us to record all our vocals without a dedicated vocal booth. The multiple speaker systems make it fun – blasting either my Pioneer system or my Yamaha’s. But then you can really sweet spot yourself into the gorgeous sound image of the HEDD30’s while mixing.

I use Logic Pro. I have been using Logic for more than 20 years, and it was similar to the DAWs I was using before, such as Passport. I record and construct whole tracks, not in loops, and the format and automation in Logic are useful for that. 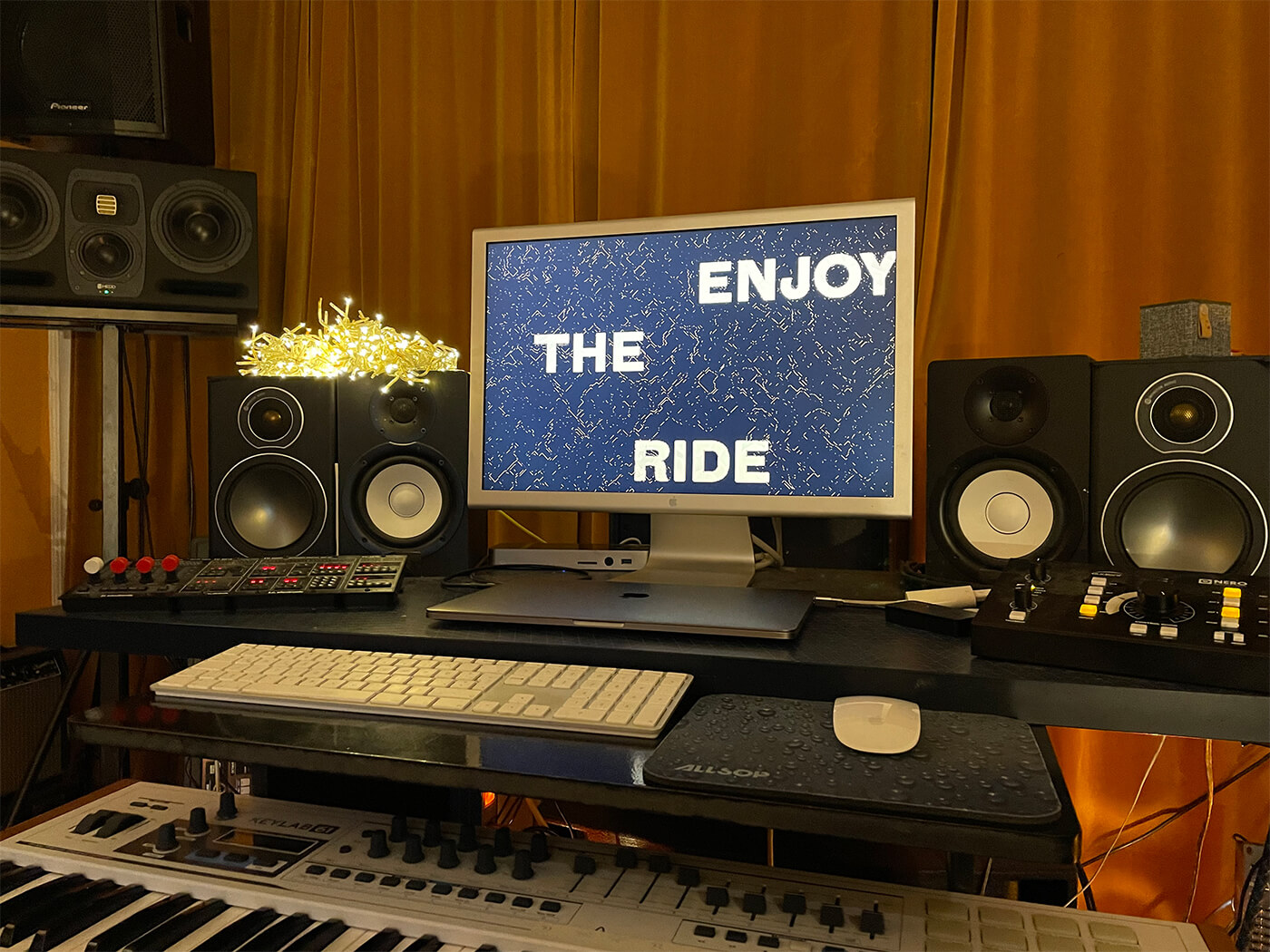 Can you tell us a bit about your Monophony Monster Wall?

I bought my first set of modules from Doepfer in 1998. One of the reasons was to have two monosynths in a small space in our live set, but also to explore synthesis. At the time, we remixed Björk’s Hunter, and I decided that we would only use the Doepfer gear for the remix. We then created the track using only those sounds with a few parts from the original. Two evenings more, and we had a bunch of percussion sounds that gave our beats identity on the subsequent albums, Attention and Forever. If you approach being a producer as an art form, you eventually dive deeper into sound design, even on the never-ending quest for the perfect kick. You can download these samples from the first two evenings here, if you want to try them out.

It’s challenging to pick a favourite module – it’s all about the patches. I make a lot of patches with the Doepfer Inverter where I use an inverted mirrored modulation on the different channels. You can hear this in Chernobyl and Unfolder. Each is built around a complex stereo patch which served as the backbone for the arrangement. However, the Doepfer Wasp filter is a must-have in any system, and I strongly recommend the Quad VCLFC/VCO. You can switch all the LFOs to VCOs when you need extra oscillators, which is helpful when you want to create percussion sounds.

You have quite a few monitors. How do you use each set?

I focus on the experience of listening to the music I am creating, and it’s vital to evaluate this experience in various user end formats. I usually work with a small Yamaha HS50S with a Mackie SRS1500 subwoofer when creating a track. I just like how it sounds when I blast it – the distortion and compression from these monitors makes the room feel like a nightclub. Before recording, I clean up sounds in the HEDD30s – I also mix with them. I get a full 40hz-80hz experience without the biasing effect of adding a woofer. To check the full ‘club’ mix, I use Pioneer XPRS12s with one XPRS215S. I also have to mention the Rockbox Cube Fabriq Edition, which sounds natural and relaxed. And to mimic a small living room system, I have Monitor Audio Bronze 1.

A priority in my process is to have the mix in my fingers on an analogue mixer, while I explore sounds and effects – I use Midas’ Venice F32. I have Universal Audio’s Apollo 16 and the sampler in Logic is loaded with percussion samples I have created on my Doepfer system. 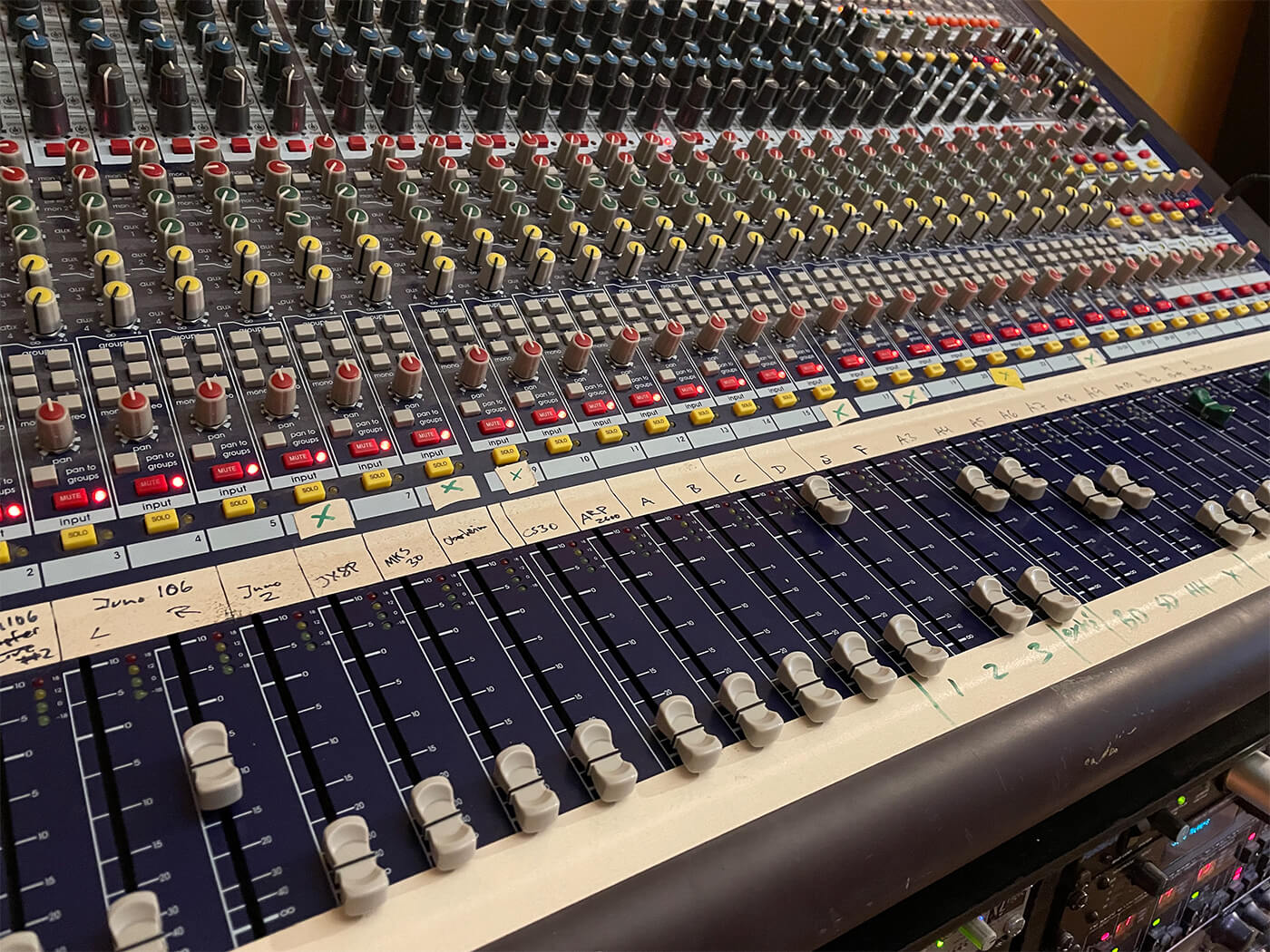 The synths that are always connected to the mixer and DAW are two Roland Juno-106s, an Alpha Juno 2, JX-8P, and Planet S (MKS30); an Oberheim Matrix-6R and a Waldorf A Pulse. The ARP2600 and CS30 are patched in, but if I go hunting for monosynth sounds, I go to the Doepfer rack. There are six channels on the mixer from the Doepfer rack. I have seven standard double-row boxes, each with its own theme, based on what modules are grouped together. When working on a song, I split the elements between channels on the mixer and sculpt the first draft of the mix until I have a backbone of a GusGus track.

The Neuman W495B EQ is to hand if I need to add top or bottom on synths – this EQ was actually used for mastering John Grant’s album Pale Green Ghosts. I love the Distressor, which I use to change the Doepfer bass drum samples into dancefloor hammers. I often record the effects from my outboard as well. The Lexicon PCM91 and the TC2290 are always part of a mix with the TC2290 defining the groove. I also regularly use the TC1210, Roland RE-3, Lexicon MX400.

For dub effects, I use a Kaoss Pad to create filter sweeps or shots feeding into the Boss RE20 Tape delay simulator and then route both into the TC2290 and PCM91. I often do that late in the process when I need to make a track extra crazy, like in Our World.

I do the final mix in Logic, picking something from my UAD plug-ins, or software from Brainworks and Kush. I got myself the TC Electronics dedicated outboard controllers for the plug-ins they produce, simulating the TC1210, TC2290, TC8210 and DVR250. I love being able to be hands-on working these, so I use them a lot.

How do you avoid choice paralysis with all the hardware and software you have?

By interacting with sounds that trigger what a track needs. It is very rare that I have an idea in my head and then locate a suitable sound for it. It is exploring the sound itself that creates the melodies. I often start by creating sound on the Juno-106 or a patch on the Doepfer, and then just play with it until I find the hook. 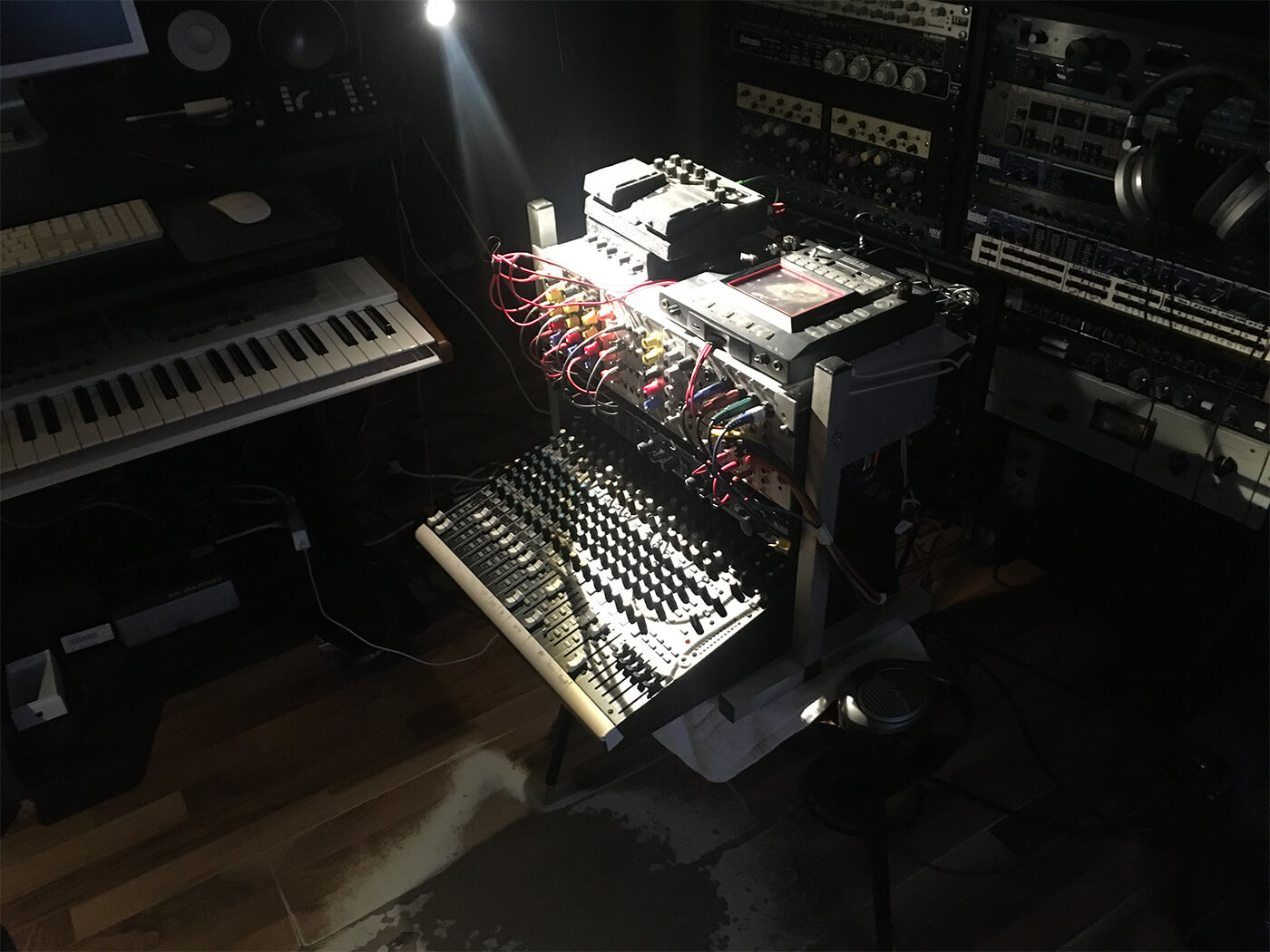 It is the recent Summerhouse Standalone Doepfer Kit I made a few years back. It is one Doepfer travel case of Doepfer Modules, specially selected for my style of programming – wicked lead synths using stereo patches with various L/R invert modulation and pitch drifting in scale. 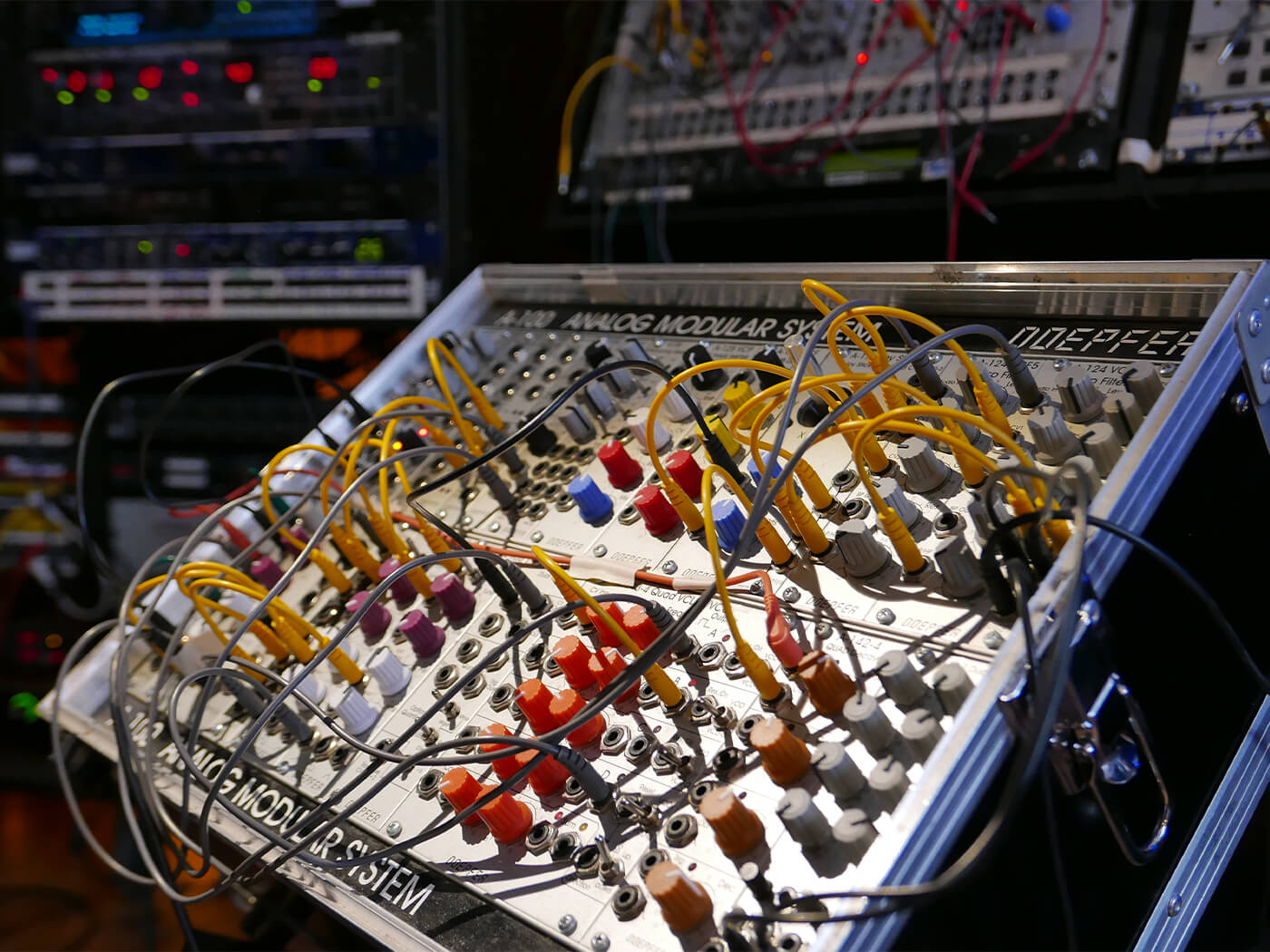 What advice would you give to producers looking to get more hardware?

I recommend the Juno 106. It is a simple one-oscillator synth, but it always sounds so good and easy to mix. It’s important to start with the basics and not buy complex stuff with long manuals. It is important, when going modular, to practice thinking in patches instead of menu diving or turning knobs when you don’t fully understand what you are doing.

There is a lot of sulfur dioxide in the air here in Iceland and that is hell for all electronics. My mixer is getting too cranky for comfort, so I need to get a new one. It’s difficult to find the right one, though, as Midas has stopped producing the Venice range I love. 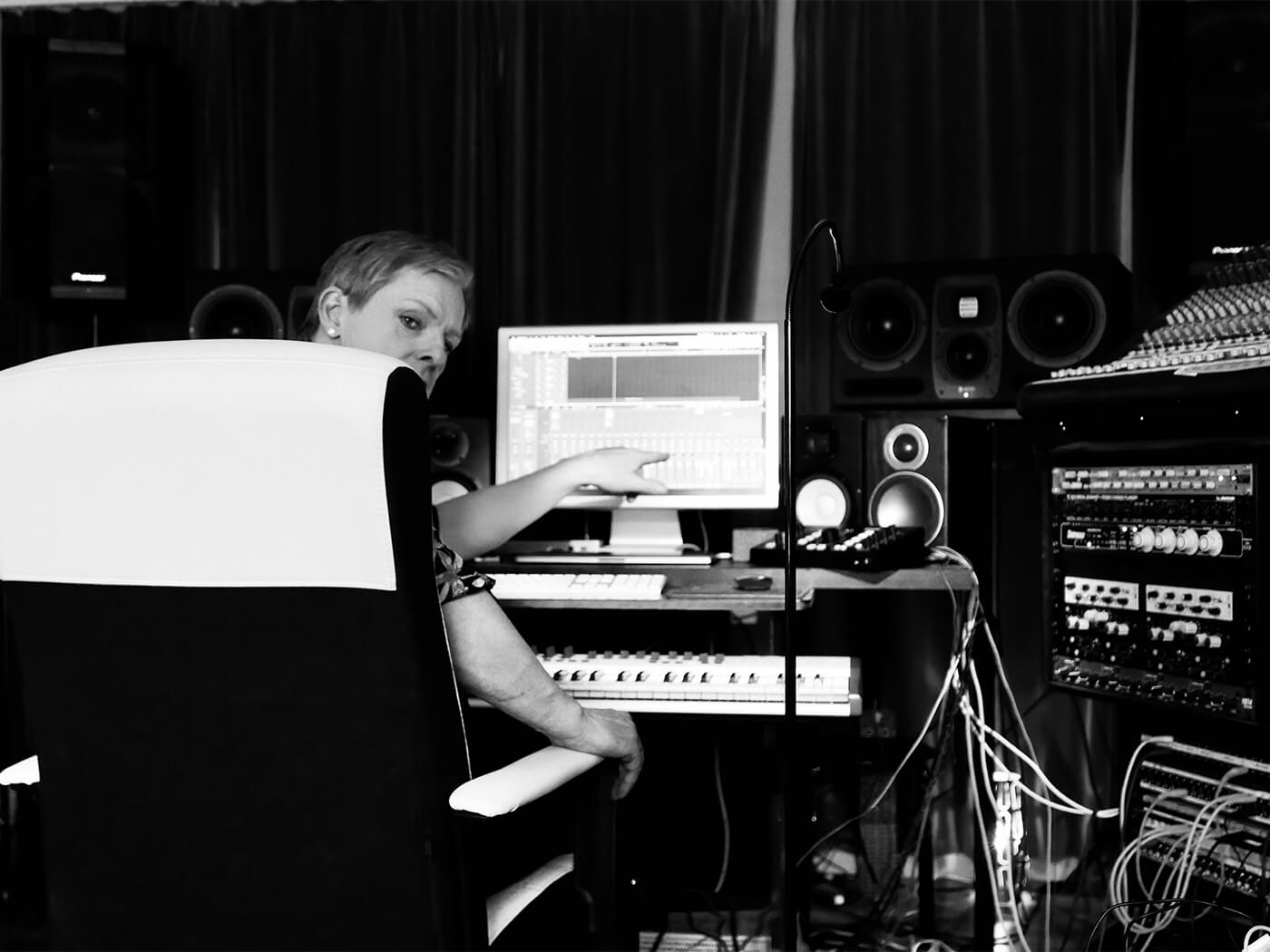 When recording hardware synths, make it sound awesome before you record it. It’s difficult to get life into the sound afterwards in the DAW, in my experience.

Get a decent pair of monitors and position them properly. The more accurate the sound is, the less time is spent on trying to create the best mix. 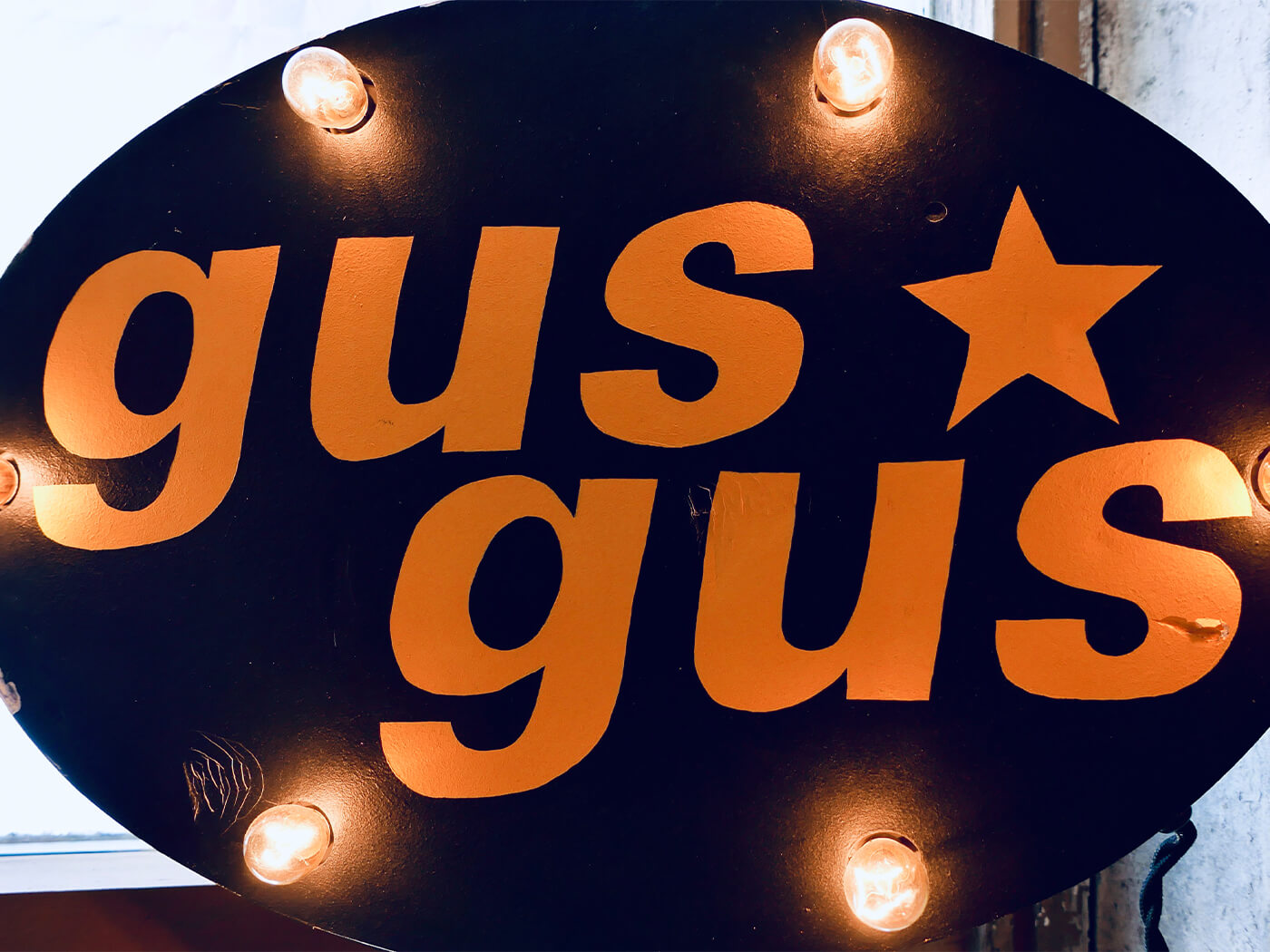