The long-awaited crowdfunding campaign has already raised €17,000 in three days 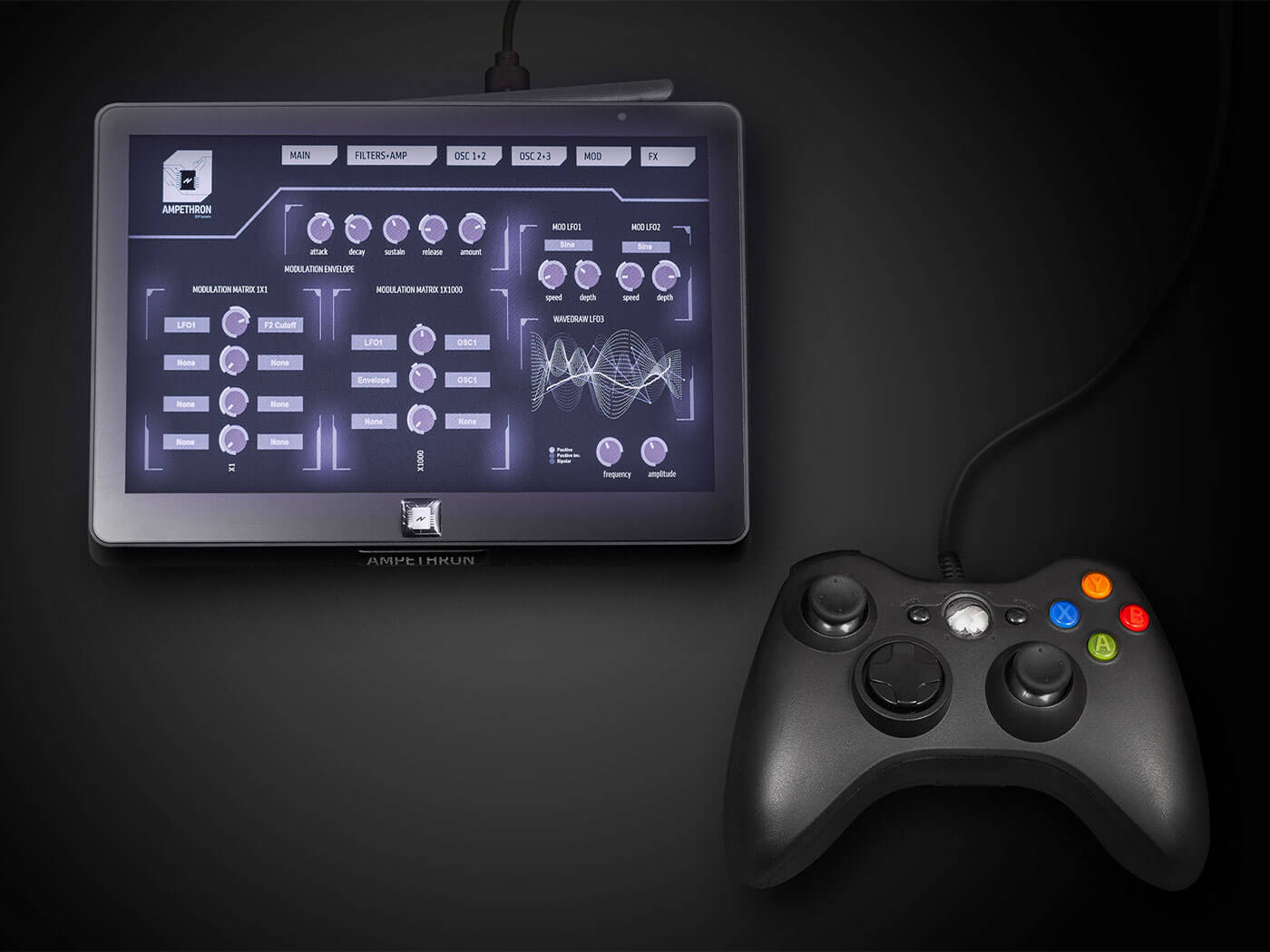 In the autumn of 2019 Ampethron teased details and footage of a new effects synthesiser for use on stage and in the studio. This week, the company has introduced Ampethron Portable, accompanied by a crowdfunding campaign to get the project off the ground, already amassing €17,000 in three days. The effects synthesiser sports a futuristic GUI and the ability to control parameters with a touchscreen or external controllers.

“After more than four years of development, multiple beta testing stages, everything is coming to perfection and we are ready to roll out. We are starting a crowdfunding campaign, mainly because we need to know how many units should be produced in the initial run”, Ampethron says.

Ampethron FX+ is the primary synth engine built within Ampethron Portable, which features four oscillators; one is a wave drawing oscillator, where users can draw in their own waves in realtime using gestures, two oscillators are wavetable oscillators that utilise Ampethron’s Re-Synth-Reomodulation algorithm, and the final oscillator is a classic virtual analogue oscillator. You can configure them to run Ampethron Portable as a purely subtractive synthesiser, or apply FM synthesis for more complex sounds.

The oscillators can be fed through two filters, one built with analogue tendencies, the other being a multifilter with over 10 types to choose from, all with cutoff, self-resonance and tracking controls. Analogue style filters are built-in to control amplitude and filter modulation with ADSR. For deeper modulation, Ampethron Portable boasts two analogue-style LFOs, an LFO with wave drawing capabilties, a modulation envelope and two modulation matrixes.

An effects section is home to ping-pong delay, that can be locked to the devices internal tempo, which ranges from 20 to 230BPM. Also included are a chorus/flanger, saturation, Sharp + Flat controls and output limiter.

Ampethron Portable allows connectivity for MIDI devices via USB, plus external audio interfaces via USB. Two joystick controls on the touchscreen can control filter cutoff and pitch. This appears to be controllable via video game controllers too, judging by the photographs Amphetron has supplied.

You can support the project on its crowdfunding page here, with the option to purchase your own unit for €369.

Find out more at ampethron.com