Learning the basics of FM synthesis and how it works

Despite subtractive being the dominant form of synthesis, FM remains one of the best and most distinctive-sounding alternatives. So it’s worth taking the time to understand it; if you’ve got a lab coat, now’s the time to pop it on! 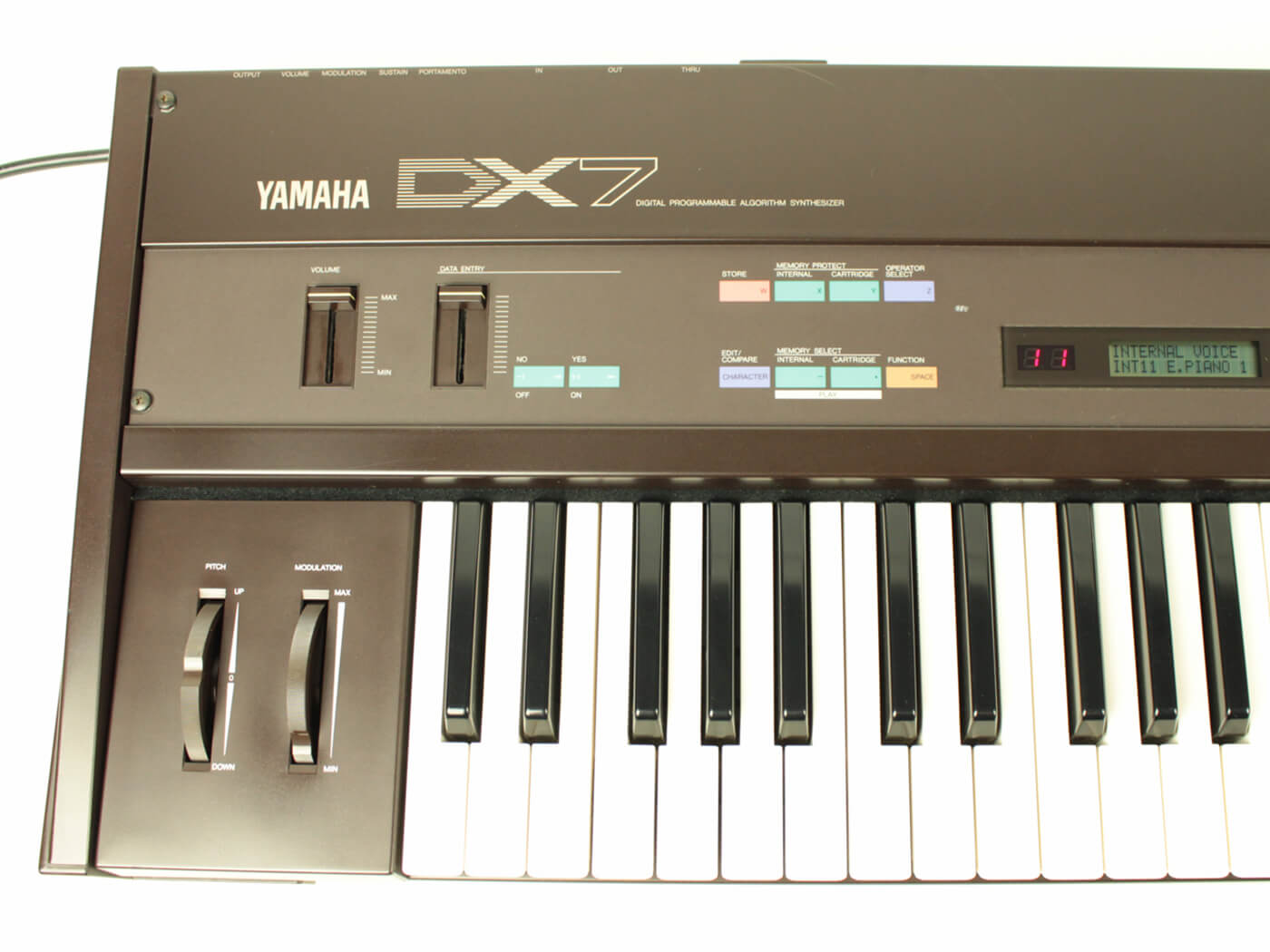 The classic Yamaha DX7 was a defining instrument for FM. (Image: ToneTweakers)

Now that you’ve got some insight on the origins of FM synthesis, it’s time to understand how it works. Let’s break things down for you…

If you were to remove all of the overtones from a waveform, so that all that was left was the fundamental frequency, you would have a sine wave; in other words, a sine wave is a pure tone with no overtones. Similarly, if you were to isolate any one overtone, it too would be a sine wave. Technically, each of these sine wave components is referred to as a partial. Taken to its logical conclusion, this means that all waveforms are made up of a stack of partials with differing frequencies and amplitudes.

The difference between modulation and simply mixing sine waves together is easiest to understand using the analogy of an imaginary guitar whose strings produce sine waves. When playing a chord on this guitar, each note of the chord would be a partial of the resulting waveform; changing notes would change the partial content and thus the timbre of the sound produced.

When playing a single note on our imaginary guitar, you can add vibrato with your left hand. This modulates the pitch of the note at a frequency that’s independent of the note’s frequency, changing its waveform accordingly. If the vibrato rate were to be increased sufficiently, we would perceive timbral rather than pitch changes in the resulting sound. This is how FM works: it modulates the frequency of one waveform with another, and in so doing creates complexity in the resulting waveform.

The simple waveforms in an FM synth are produced by something called an ‘operator’. Operators are essentially just oscillators and the number available per-voice depends on the particular FM implementation; six-operator and four-operator are the most common variants. The simple waveforms an operator can produce also depends on the FM implementation, but for the purposes of this discussion, we’ll stick with sine-wave operators, as these are common to all implementations.

Operators are connected either to other operators, or to the synth’s output. The specific routing of these connections is referred to as an algorithm. The algorithm chosen for an FM patch has a huge impact on the resulting sound and it very much determines the type of sound a patch can produce – piano, strings, organ, or whatever.

The geometric waveforms prevalent in all synthesis are special because their partials all fall within the harmonic series and the amplitude of those partials is based on the same mathematical relationship.

However, in order to construct a perfect square wave in this way you would need to generate an infinite number of partials, which is somewhat impractical, but a close approximation can be created with perhaps six-to-10 partials.

But FM synths don’t mix partials in this way unless using an algorithm made up entirely of carriers. Rather, one operator is used to modulate the frequency of another and this allows FM to create a close approximation of a square wave (or any other basic waveform) using only two sine-wave operators.

Modulating a carrier with a ratio of ‘1’ with a modulator with ratio ‘1’ will introduce every harmonic into the carrier. Setting the modulator’s level to around 25% gives a steady decrease in the amplitude of each harmonic. As it happens, this is the recipe for building a sawtooth wave from partials.

Similarly, with a carrier ratio of ‘1’, a modulator ratio of ‘2’ and modulator level of 75%, every other harmonic (I.E. 1st, 3rd, 5th, etc.) will be introduced into the carrier at a reducing amplitude. You will recall that this is the recipe for a square wave.

The ratio isn’t limited to whole numbers and using fractional values allows you to break away completely from the sorts of timbres a subtractive synth can produce. Added to that, modulation sources, such as per-operator amplitude envelopes, pitch envelopes and LFOs, allow you to introduce variations and subtleties that no subtractive synth could pull off.

There’s no denying the steepness of FM’s learning curve, but once you clear the initial hurdles and develop a sense of how overtones and harmonics impact the timbre of a sound, it becomes a lot easier. FM brings a completely different character of sound to your productions – it is well worth the effort!