All you need to know about subtractive synthesis 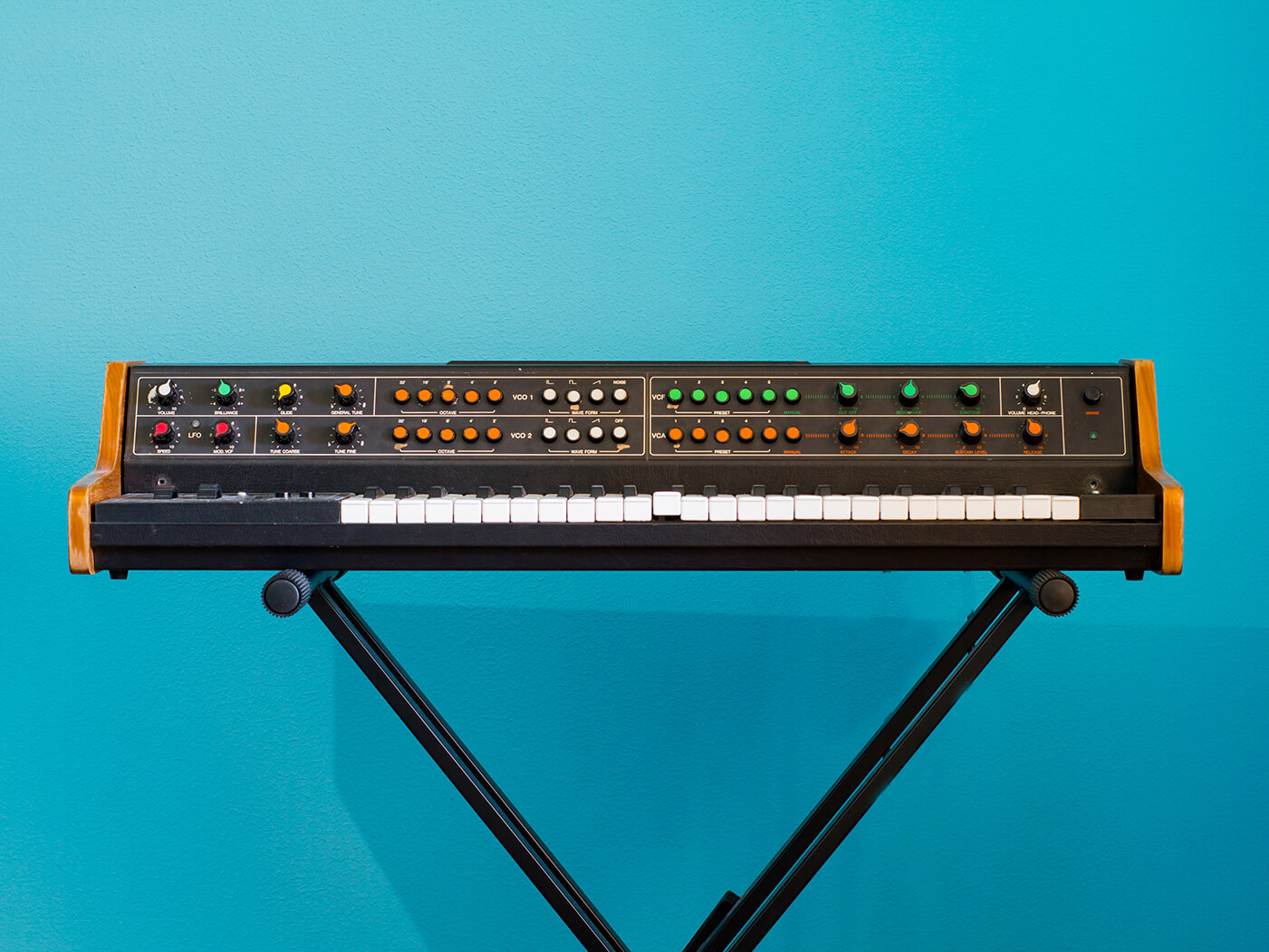 So, there you are with your stack of instrument plug-ins. You know how to load presets, and which knobs and switches to fiddle with to get certain results. But do you know what those knobs and switches are actually doing? And if you have imagined a particular sound, or heard something you want to recreate, would you have the first idea of how to use a synthesizer to craft that sound?

If your sound-design sessions usually involve randomly waggling knobs and flicking switches until you land on something you more-or-less like the sound of, then stick around – because we’re going to talk in-depth about sound synthesis, looking at the history and technicalities, and giving practical guidance, for all of the principal synthesis methods.

In this first part of our study of the various aspects of synthesis, we’re taking a look at subtractive synthesis. To understand this principle – or any other form of sound synthesis for that matter – we first have to take a quick detour through the science of sound. A sound wave is a series of pressure changes, or waves of compression and rarefaction in the air or other medium, and our ears hear sound because they are sensitive to these pressure changes.

When looking closely at such a graphical waveform, it can at times appear chaotic and random, but often, we can see shapes and patterns in there too; when we perceive pitch in a sound, what we’re detecting is those repeating patterns in the sound wave.

The pitch of the note we perceive is determined by the rate, or frequency, at which the pattern repeats. The faster the repetition, the higher the perceived pitch – and a doubling of the frequency is perceived as a pitch increase of an octave. This rate of repetition is referred to as a sound’s fundamental frequency.

However, with the exception of sine waves, all sound waves contain more information than just their fundamental frequency – they also contain overtones. Overtones are frequencies that interfere with – or modulate – the fundamental frequency, giving rise to complexity in the waveform. Changing patterns of overtones give rise to changing patterns of complexity in the sound. We perceive that complexity as the timbre or tone of a sound.

The reason sine waves don’t fit into this picture is because they are pure tones containing no overtones, which makes them pretty useless in subtractive-synthesis terms (although they are the basis of a different form of synthesis). This is because the whole idea of subtractive synthesis is to start with a complex, timbrally rich waveform and to filter and shape that complexity in order to achieve the desired results. In other words, to literally subtract timbral complexity from the sound, hence the name.

The theory goes that with sufficient choices and combinations of source waveform and with sufficient control over the pitch, timbre and volume level of the resulting sound, it is possible to approximate the sound and behaviour of any acoustic instrument. The more circuitry/DSP you bring to the table, the less this approximation is.

At its most basic, subtractive synthesis requires three core elements. The first of these is the oscillator, which generates the initial timbrally rich waveform that’s fed to the rest of the synthesizer. In older analogue synths, this was often referred to as a voltage-controlled oscillator, or VCO, because the frequency (ie, pitch) of the waveform produced by the oscillator would be determined by the voltage of a control signal fed into the oscillator circuit. Software synths don’t use control voltages and modern hardware synths rarely use it, but you’ll still often see synth oscillators referred to as VCOs. Most synths offer two or more independent oscillators, allowing the basic waveforms to be mixed and combined in a number of ways to create much more complex results.

Typically, individual oscillators can be switched to produce one of a range of waveforms, the most common being triangle, square, pulse and sawtooth. Each of these has a differing timbre due to the specific overtones the waveform contains. Incidentally, in the case of these classic analogue waveforms, the overtones they contain are of a special variety called ‘harmonics’, these being overtones whose frequencies are mathematically related to the fundamental frequency. We’ll learn more about this in a future instalment of this series of features, when we look at FM and additive synthesis. Most synths also offer a noise oscillator, which is useful for creating non-pitched sounds, such as percussion and effects.

A core element of a subtractive synth is the amplifier, also known in analogue circuits as the voltage-controlled amplifier or VCA. In simple terms, this just amplifies the waveform to make it audible, and provides a volume control for a sound. However, VCAs invariably employ an envelope generator that modifies the output level of the amplifier over time, from the moment a note is triggered to the moment it is released.

Envelopes can be both simpler than this (ADR envelopes crop up from time to time) and more complex, such as with attack and decay levels, multiple decay times and sustain levels as well as the ability to alter the curve shape of the attack, decay and release stages.

Alongside envelope generators, the other indispensable modifier is the low-frequency oscillator, or LFO. Just like the regular VCO oscillators, LFOs create a repeating waveform and often have a selection of waveforms similar to those offered by a VCO (triangle, square, saw, etc), although with LFOs, a sine waveform is also common and useful.

The principal difference is that, as the name suggests, an LFO oscillates much more slowly than a VCO, typically from less than 0.1Hz (one cycle every 10 seconds) to around 20Hz (20 cycles per second). Some LFOs can go to higher frequencies than this, at which point they start to generate an audible pitched frequency of their own that can become a useful creative tool in and of itself.

The most common use for LFOs is to modify a modulation destination continually over time, creating, for example, a vibrato effect if routed to a VCO’s pitch, or a tremolo effect if patched to the VCA’s level. Typically, you can also modify one modulation source with another, for example controlling the intensity or speed of an LFO via an envelope. This is perfect for vibratos that build up over time.

Different synths handle this modulation source/destination concept in different ways. Some hide it altogether, with sources hard-wired and dedicated to specific destinations, while others allow a little bit of flexibility, such as by allowing the VCA envelope to also be applied to the VCF, while still hiding most of the routing involved.

But the most flexible synths provide the means to route any modulation source to any modulation destination, typically via a matrix of switches or knobs. Where knobs are used, you can adjust the amount of the source modulation that will be applied to the destination, as well as its polarity (for example, so that an envelope reduces the level of the destination rather than increases it).

Other common modulation sources include key velocity, modulation wheel, and keyboard tracking. This last changes its output according to the incoming trigger key/note, making it ideal for things like making a sound brighter (or darker) the higher up the key range it is played. How you use all of these different modulation sources is often the difference between an average sound and an awesome one, so it’s worth hunting out synths that allow full access to their modulation routing.

While what we’ve discussed so far covers 99 per cent of the tools you’ll need to get to grips with in order to master subtractive synthesis, there are a few other components that crop up on more advanced synths.

Chief among these is the Ring Modulator, and what this does is allow one oscillator’s waveform to be modulated by another, resulting in hard-edged, often metallic-sounding, tones. Detuning the second oscillator, or putting its pitch under the control of an LFO or envelope, creates the most vivid results – the electronic scream at the beginning of the original Doctor Who theme tune is a classic example of this.

Vocoding – true vocoding, that is, not digital pitch manipulation – is another trick that some subtractive synths can pull off. Similar to ring modulation, vocoding uses the signal from an external input to modulate an oscillator’s waveform, resulting in a strange mix of natural and synthetic sound. Although most sonically obvious when used on vocals, creating a robotic sort of sound, vocoders are an awesome sound-morphing tool when applied to many other sources too (go on, put some lead guitar through one… you know you want to!).

Subtractive synthesis is rooted deeply in analogue circuitry and didn’t fare well in the early days of the digital audio revolution, where it was pushed aside by digital synths that were more stable and that could more accurately emulate the sound of real-world instruments. But the rich, warm sound of true subtractive synths were their saving grace, exuding so much more character, depth and subtlety than the sample-based upstarts.

Realising that sampled waveforms and flaccid digital filters could never deliver this unique character, and recognising the growing demand for instruments whose sound was crafted by the user not the manufacturer, synthesis R&D started to focus on digital modelling, analysing the characteristics and responses of analogue circuitry and recreating those characteristics computationally.

While such digital models don’t quite match a true analogue synth’s richness and depth of tone, the technology has done away with the practicalities of size, cost and reliability that limited what could be done with purely analogue circuitry. This has given subtractive synthesis a whole new lease of life, with new and astonishing examples of the form hitting the market almost weekly.

Mastering subtractive synthesis, then, is one of the most worthwhile things a music creator can do. Not only do its concepts pervade every other form of synthesis, it’s also by far and away the best way to create the sort of original and inspiring sounds that will transform your music from being just okay, to being a sonically crafted piece full of interest and detail.

Read up on a brief history of synthesis here.