Platinum-selling producer/DJ Jonas Blue talks about finding mainstream success, his studio and tech rider and his vintage-synth dreams and desires 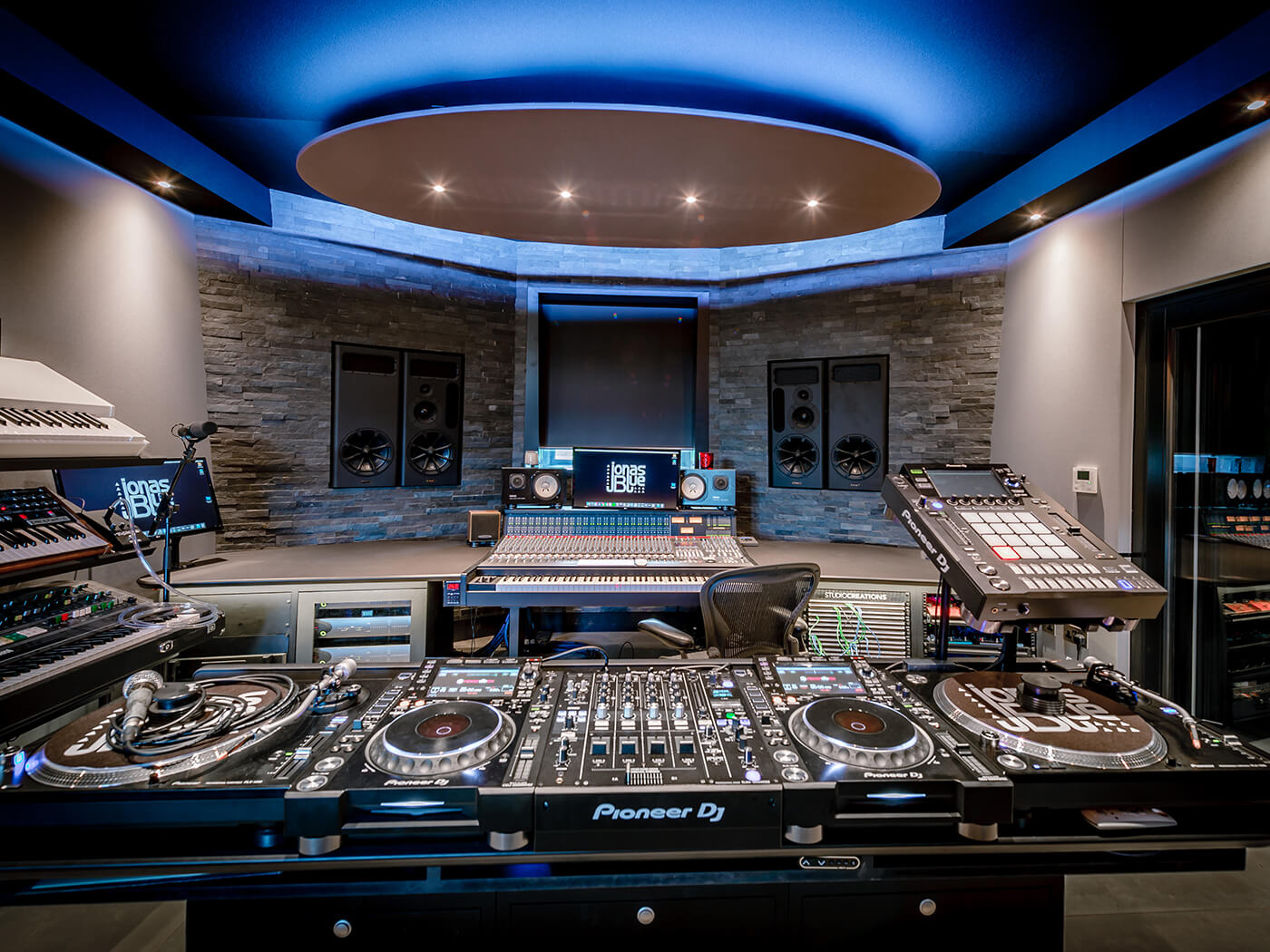 Breaking through with a tropical-house-flavoured cover version of Tracy Chapman’s Fast Car in 2015, Jonas Blue has become a regular name in the UK Top 10 with huge follow-up singles Perfect Strangers, Rise and Mama being multi-Platinum sellers. A steady tour schedule, remixes and production work for other acts also keeps Jonas pretty busy, but we were lucky enough to track him down to talk about his career so far and of course, synths…

To some people, it might seem like you were an overnight success, but we know you’ve been doing this for a long time, right?

Yes, that’s true. DJ’ing came first, I was 11 and I set up a mobile disco and played at all my school friends’ parties, it was called Body Groove Discos and my dad used to drive me and the DJ gear to the parties!

How was the transition to huge mainstream success – that part, it seemed, was very fast… Did it feel like it at the time?

I would say I was as young as 14 when I decided it was going to be a lifelong career, I then pretty much devoted all the available time I had on learning how to make music. Honestly, I don’t remember considering another career path, it was always going to be music.

When did you first start using Logic – and did you use another DAW when you started?

I started with some basic software that came free with a breakfast cereal. It was called eJay, but I quickly moved into Apple’s Logic Pro when I realised I wanted to take it seriously. 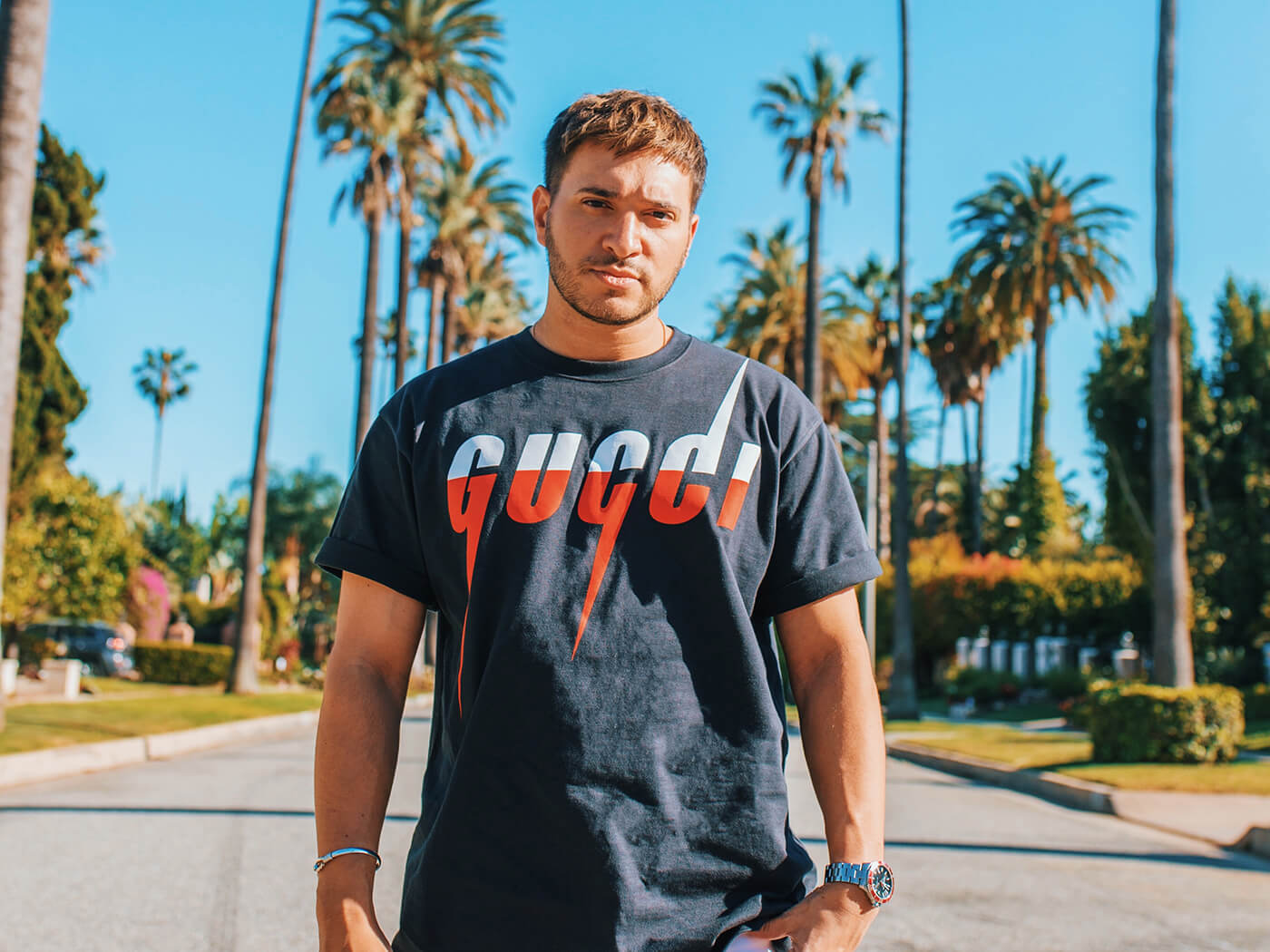 Now, the gear talk! After your success, you seemed to invest even more into your studio, which we obviously love here at MusicTech mag. Tell us about some of the rare finds and how you acquired them…

Okay, to talk about some of the rare finds I’ve got, the first one would probably be the Yahama CS-80. I think there’s only about seven or eight hundred, if that, in existence now. So it was kind of one of the rarest, paraphonic, aftertouch synthesizers that have ever been made. It’s just one of the most incredible-sounding instruments. It was famous for the Vangelis stuff that he did and then you’re getting loads of people these days using it, such as The Weeknd, for these weird eerie sounds on their records.

Philippe Zdar from Cassius, who recently passed away, he used it on a lot of their stuff and it’s just one of the most incredible synthesizers. Unfortunately, I didn’t get it for a bargain – it cost me a fortune. It’s a staple in my studio now, it’s in the control room with me and I try to use it as much as possible.

Another rare find I’ve got is an ARP 2600, the Tonus logo version and that’s got the Moog filter in it as well. That would be another rare find for me, it’s a great synth. It’s hard to get to use them these days, but they’re in there, they’re part of the setup and when needed, I can go to them. So probably those two, the CS-80 and the ARP 2600.

The CS-80 was purchased through a company called RL Music who have an engineer restorer called Kent Spong, who is actually the synth engineer who does all my stuff. He did the MIDI modifications on it, he did his own modification that he invented which is a unison, so it can switch all 16 voices into one unison mode in mono and it’s the most incredible, fattest sound you can get.

On the ARP 2600, it was actually a barn find, I found it in somebody’s garage barn. It was really badly treated, and it had all these weird modifications – jacked CV inputs on the front, so I had all that removed and put it back to the factory and we had a new faceplate done. I like to put things back to the way they were, apart from maybe MIDI – but I like to keep things original and in good condition.

Which synths have you had MIDI retrofitted and can trigger via Logic?

Every single synth of mine has been MIDI retrofitted, or I use the Kenton MIDI boxes if the synth or drum machine has got CV/Gate. I’ll go to the Kenton box rather than modify the actual unit. I hate cutting into things and adding MIDI, even though Kent is amazing at making things look like they’re all original, I still try to avoid it as much as possible. 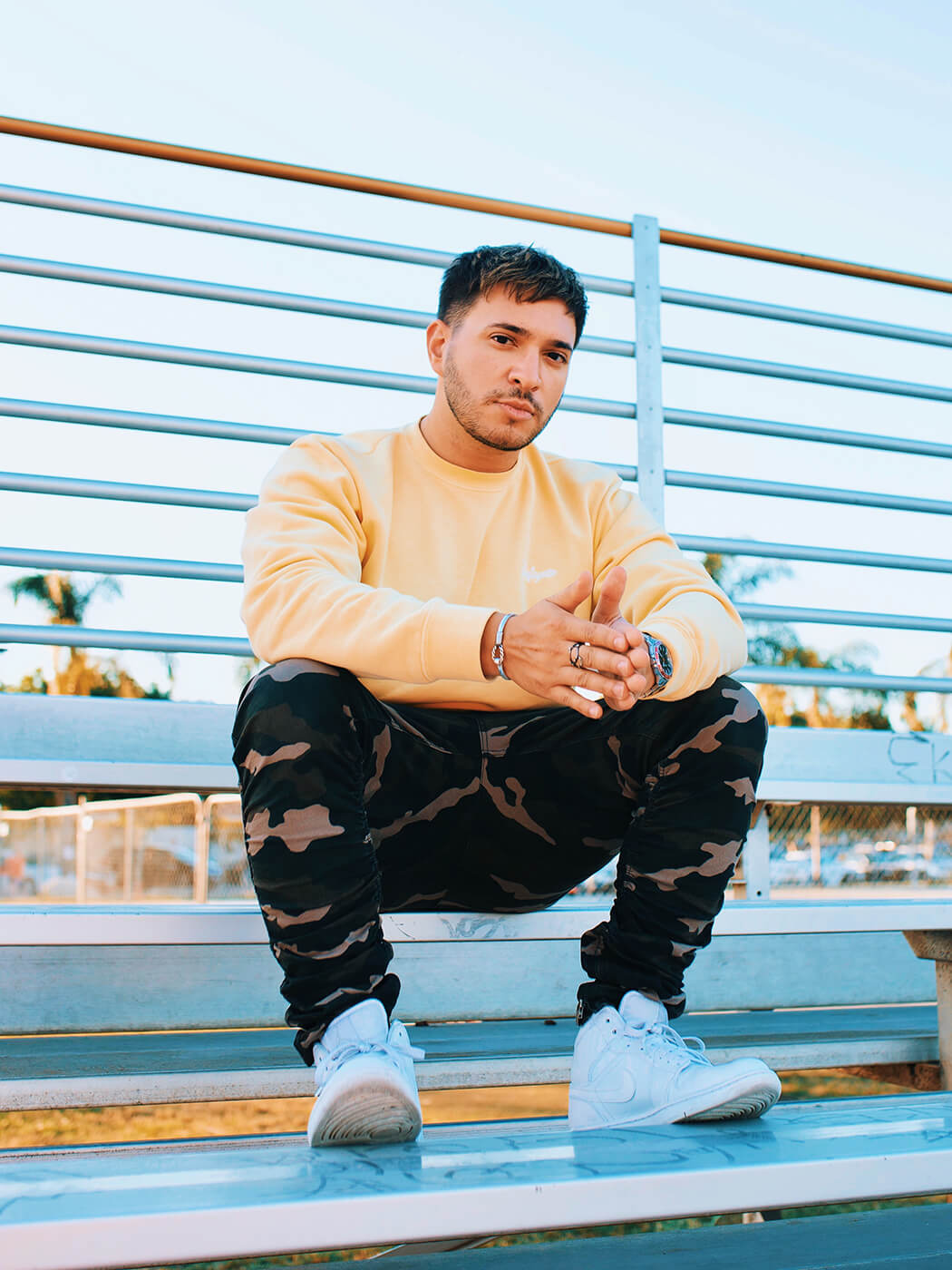 You have the CS-80, then, which is the dream synth for many. Anything else you’re missing from your synth collection that you really want to get hold of?

Yeah, I’m after a vintage Moog Modular. I definitely don’t need it, but it’s something that would be a great part of the setup. I want to start getting into movies eventually and doing soundtracks for things like that. Having those bits of kits around is very inspiring, so yeah, probably a Moog Modular is what I’m after next, if anything.

Your sound is very modern, but you have a lot of vintage gear, tell us about your production process – what records can we hear some of these classic synths and sounds on?

I think although my productions are very modern based, what those synthesizers did for me when I first bought them is give me an understanding of synthesis, which is hard to do just via plug-ins. It’s nice to be in front of something, touch it and morph the sound into something that you want to hear, rather than sitting there with a mouse. I was very fortunate to get the chance to do that. I have a lot of things where I’ve created a sound, turned it into maybe like a one shot, put it into Logic and made sounds out of it that way. It’s hard for me to use it these days because of travelling so much, but that’s why I’ve got the synth, it’s more of an inspiration type thing.

The drop on Rise… it’s quite a basic sound, actually, but I used the Minimoog Model D and you can hear that in that sound, it sounds like a Moog sound. I use the ARP Solina string ensemble for strings. I’ve got a Mellotron in the studio now, the new Mellotron 4000D and that was used in the intro of Rise for the flute sound. Originally, The Beatles used that sound, that’s where it was made famous. Because the sound is so modern and doesn’t sound old, people are like, “How do you use that synth in that?”, but there are elements where I use it, for sure.

Do you have any tips for producers looking to follow in your footsteps?

I think the best advice is to be committed to the craft 100 per cent, for creative reasons. Don’t focus on if it’s going to make you money or not, make great music and the success and everything else will come. To get your music heard, you have to find that perfect balance between being tenacious and pushing your music to the right people without being annoying!

Tell us about your DJ sets and how you prep – you must have to make bootlegs and remixes of your own tracks and others, what’s your process there?

I always still use logic for any production work I’m doing, even edits, and rarely I’ll do a mash-up, we’re usually on it quickly with a club mix of a single so I can have something to play in my sets.

What’s on your DJ tech rider?

Nothing crazy or unusual. Four of Pioneer’s CDJ2000 Nexus 2 model, a Pioneer DJM-900 mixer and a wireless mic.

How do you keep yourself happy and healthy on the road? How do you balance between the creative producer side and the touring DJ?

It is a challenge. It’s all about eating well, trying to get as much sleep as possible and having my team with me, who are also good friends!

My remixes of Ed Sheeran and Justin Bieber’s track I Don’t Care and R3HAB’s single Don’t Give Up On Me Now are already out and I’m going to be launching my label for club music, Electronic Nature, with a track late summer, and super excited to get back to Ibiza, do my first headline show in China… and all the other tour dates that are in the schedule. As always, loads going on!

And for more of the electronic music producer, check out his official website.