The ARP 2600 is still one of the most prized synthesizers today, here’s why

Can you imagine using just one synth to conjure up an entire album? We hail the ARP Instruments ARP 2600 – the synth that created everything from drums to droids! 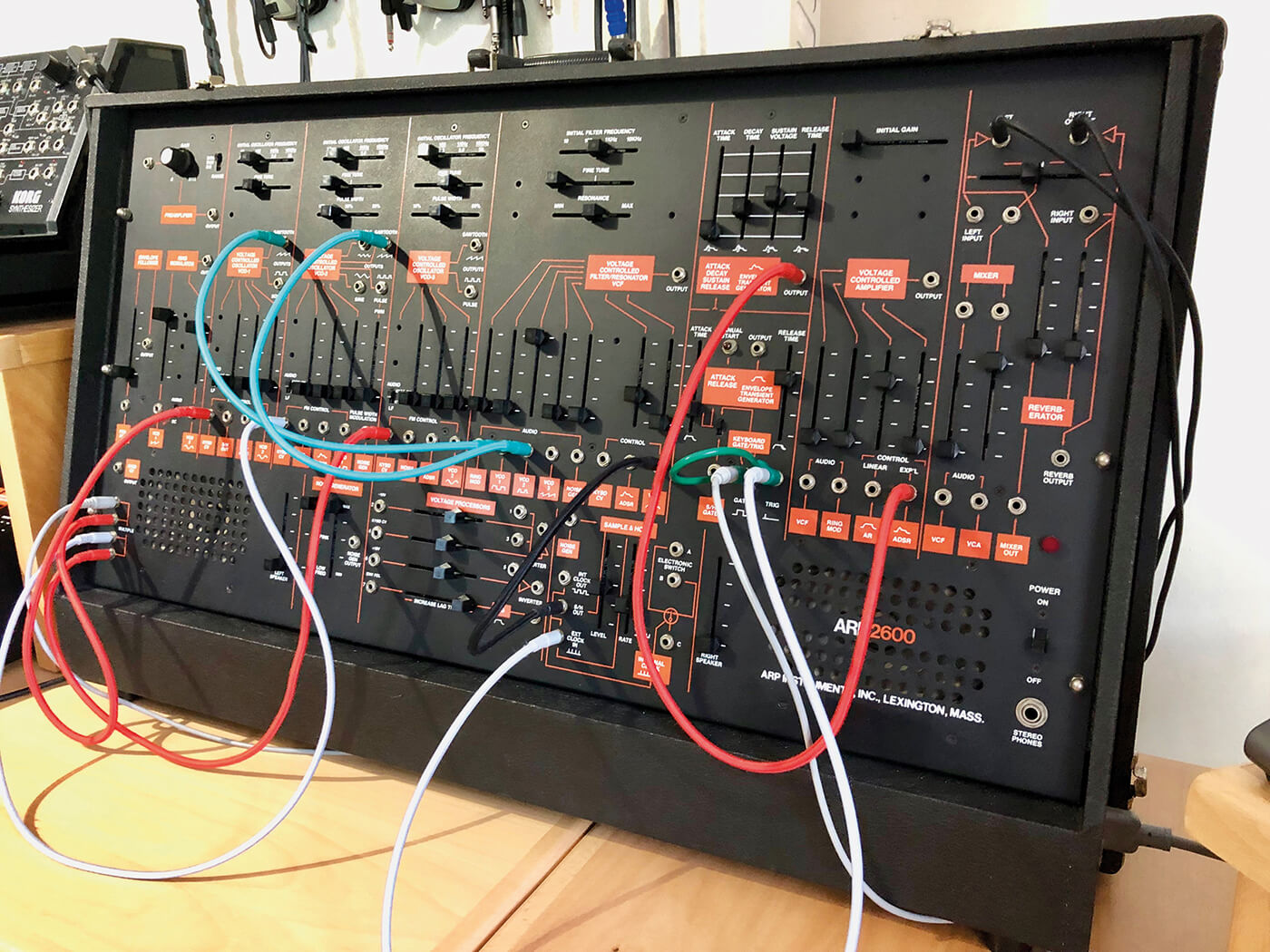 Purchasing a hardware synthesizer has always been a bit of an investment decision, thankfully made easier by the cost-effective nature of some of the newer machines of the current age, so it’s always nice to consider a machine you’ll really get some use out of. Does it have the ability to create decent drum sounds, hefty basses, searing leads, or even a degree of polyphony?

With a repertoire like that, back in the early 1970s, you’d be forgiven for thinking that all your synths had come at once, and even more so if you found yourself using it many years later, as a workhorse for an entire album.

That’s exactly what happened to Daniel Miller, respected producer and creator of Mute Records, when he purchased an early ARP 2600 from the road crew that had just been on tour with Elton John. It was doubtless pretty expensive by standards back then and no doubt heavily discounted due to the extensive road-abuse that it had suffered, but the 2600 went on to become the stuff of legends, providing the vast majority of all of the sounds for Depeche Mode’s first album, Speak And Spell.

Staying in production from 1970 until around 1977, the ARP created the sound of my youth, not necessarily because I’m old enough to remember it first time around, but more so because of the many artists that used it as a workhorse machine. 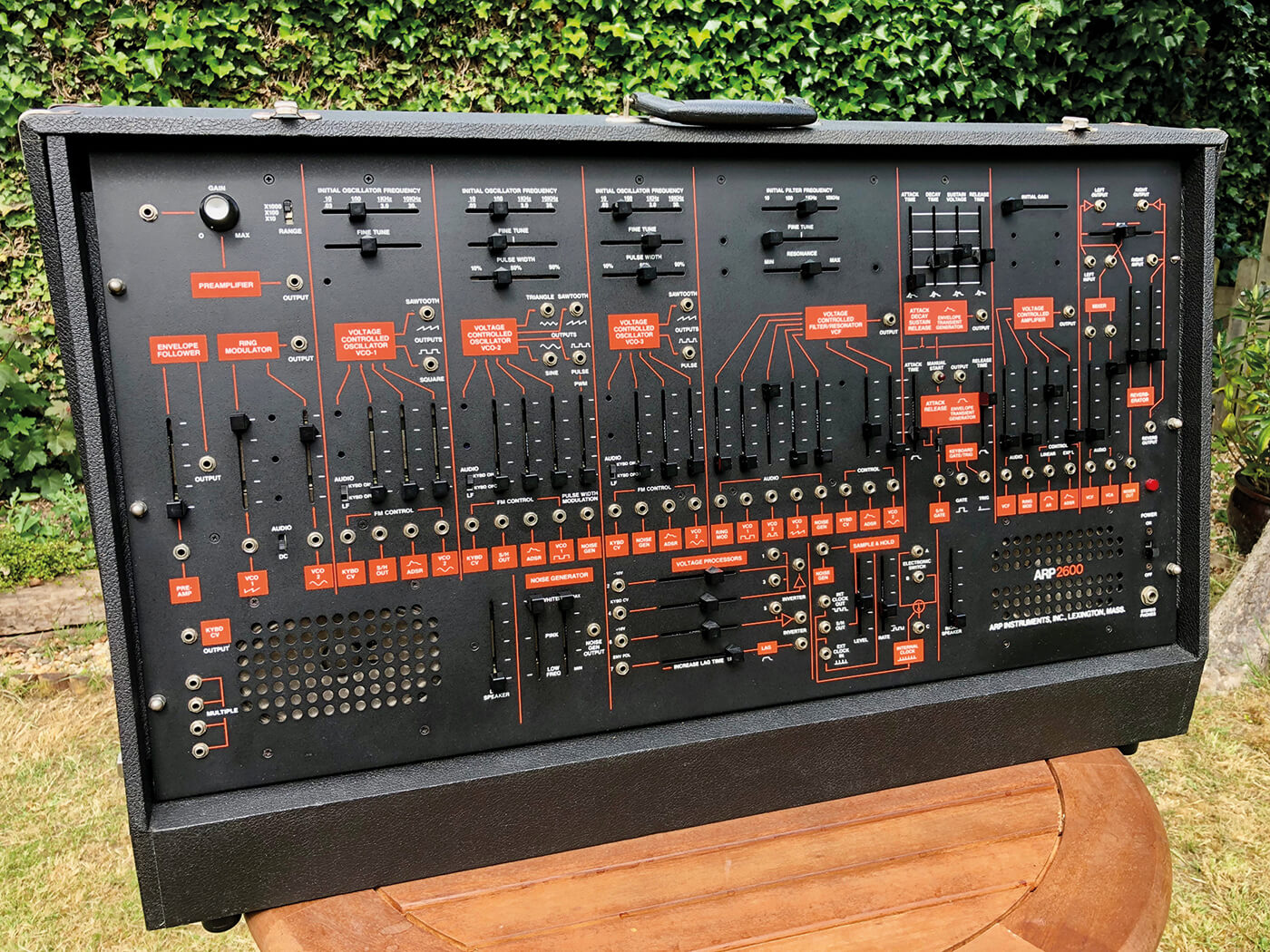 The three-oscillator architecture was pretty similar to the Minimoog, heading toward a low-pass filter and a couple of envelopes. These envelopes, linked with the VCA, could pull some pretty neat tricks, moving from elegant and clean timbre through to rip-roaring, searing leads, with the use of the exponential element of the VCA.

Being semi-modular, you could get off to a decent start without any patch cables, but where’s the fun in that? Taking a patch cable or seven in hand, you could be breaking up the hard-wired signal path very easily, while sending the signal into a number of CV processing points, located at the bottom of the panel.

People often cite the filter, for good reason; it’s rather beautiful to listen to, with a number of revisions over the course of its tenure. The earlier models adhered to the Moog-filter stereotype, with later models switching chip to something a little more subtle. A good clue as to which you might be hearing is down to the physical colour and serial number of the 2600. The earlier models were described as ‘Blue Meanies’, with later machines adopting the classic orange-and-white ARP styling.

If you were feeling flush, you might be tempted to buy two. And if you were feeling really brave, use them in a live setting. That’s exactly what legendary jazz-fusion keyboard wizard Joe Zawinul did, using 2600s live and on classic Weather Report albums, such as Black Market and Heavy Weather. Zawinul was a musical heavyweight, being one of those rare things; a keyboard player from the modern age who really had a distinct sound – and that was largely down to the 2600. He was quoted as saying: “I want orchestral sounds from a synthesiser, the kind of realism beyond imitation. I can make it sound like Coltrane… or change it to haunting flutes.”

Now I’ll not be as crass as to suggest that the 2600 could sound like John Coltrane, but when it was in the hands of Joe Zawinul, it certainly sounded like the most organic of musical instruments, with the inbuilt spring reverb proved to be an important part of Zawinul’s sound.

Meanwhile, in a galaxy far away, the ARP 2600 was used by sound designer Ben Burtt to create the voice of R2-D2 from Star Wars, along with a degree of Burt’s own voice. No surprise, then, that the 2600 has been described as the Holy Grail, the one to have… But regrettably, in the current climate, a second-hand 2600 is likely to cost you three or four times the original asking price; you guessed it – £2,600!