We catch up with the good doctor to talk production, studio life in Australia and more. 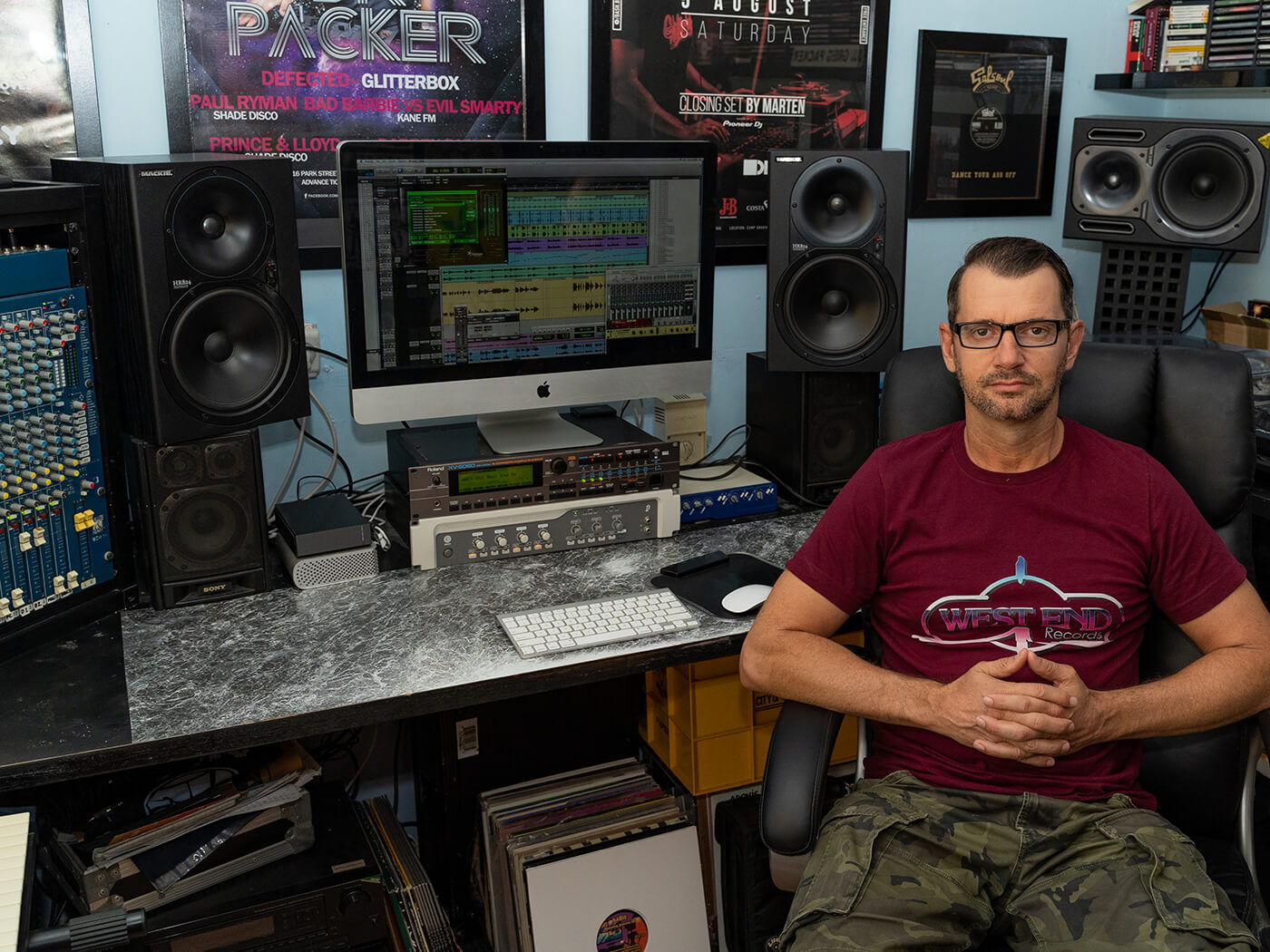 Disco was a common theme in Greg Packer’s childhood home. He grew up in the 1970s, listening to his mum’s records, which provided his first real introduction to music. Record-buying would become a constant in his life. He made his name in the 1990s drum ’n’ bass circuit but began playing soul, funk and disco records in 2013, applying his unique re-editing techniques in the studio to form original takes on classic tracks.

It wasn’t long before his mixes caught the attention of industry heavyweights such as Joey Negro, John Morales, Simon Dunmore, Greg Wilson and Dimitri From Paris, and his Surgery Edits series on DiscoDat records was soon topping digital sales charts. Packer’s most recent reworks and edits led to him producing official remixes for leading labels, and to Joey Negro signing him to Z Recordings and letting him loose on the back catalogue. Now a seasoned touring DJ and award-winner, Dr Packer is very much in demand.

The doctor will see you now

How did your career in music production begin? Did you always dream of becoming a producer/remixer or was it a happy accident?

I was a DJ first. I started in 1989 at the tender age of 17. About 10 years later, I felt I had taken the whole DJ thing as far as I could, and had an overwhelming urge to add something fresh to it all. I thought if I could start playing my own music as a feature alongside other productions, it would give my sound a unique edge and enhance my live DJ sets, so I set out about learning to produce music.

You are well known for your remixing and editing techniques. How did you gain your experience?

From 1999 to 2013, my sound was liquid and soulful drum ’n’ bass, and the productions were mostly original tracks compared to what I do today. I would record a singer or MC and, most of the time, write the lyrics for the music we were making. The music was more sample-based, manipulating, programming and composing the music originally rather than bootlegging.

Later, I simply applied the same techniques to do reworks or re-edits – I had a decent knowledge of making music to begin with. It just seemed much easier for me. It’s kind of like a cover band adding elements, their own spin, to pre-existing works. I was self-taught with the help of a good friend who set me up with Pro Tools. He had done the full training course but gave me lots of pointers and I basically developed off the back of that.

What was the first important equipment purchase you made when you first started editing tracks? Is there any gear from back then that’s still in your studio today?

I am still working on my original setup from my drum ’n’ bass days, which is Avid Pro Tools on my 12-year-old iMac. With reworks, I am just layering what already exists so I don’t need to source any fancy new plug-ins for that. It was just about getting the groove right, and the mix balance between what I’m adding and what’s already there. So, to this day, I still work on a minimal setup that’s very much based in-the-box. It proves that you don’t always need the most up-to-date equipment, just the ideas, knowledge, technique and ears. 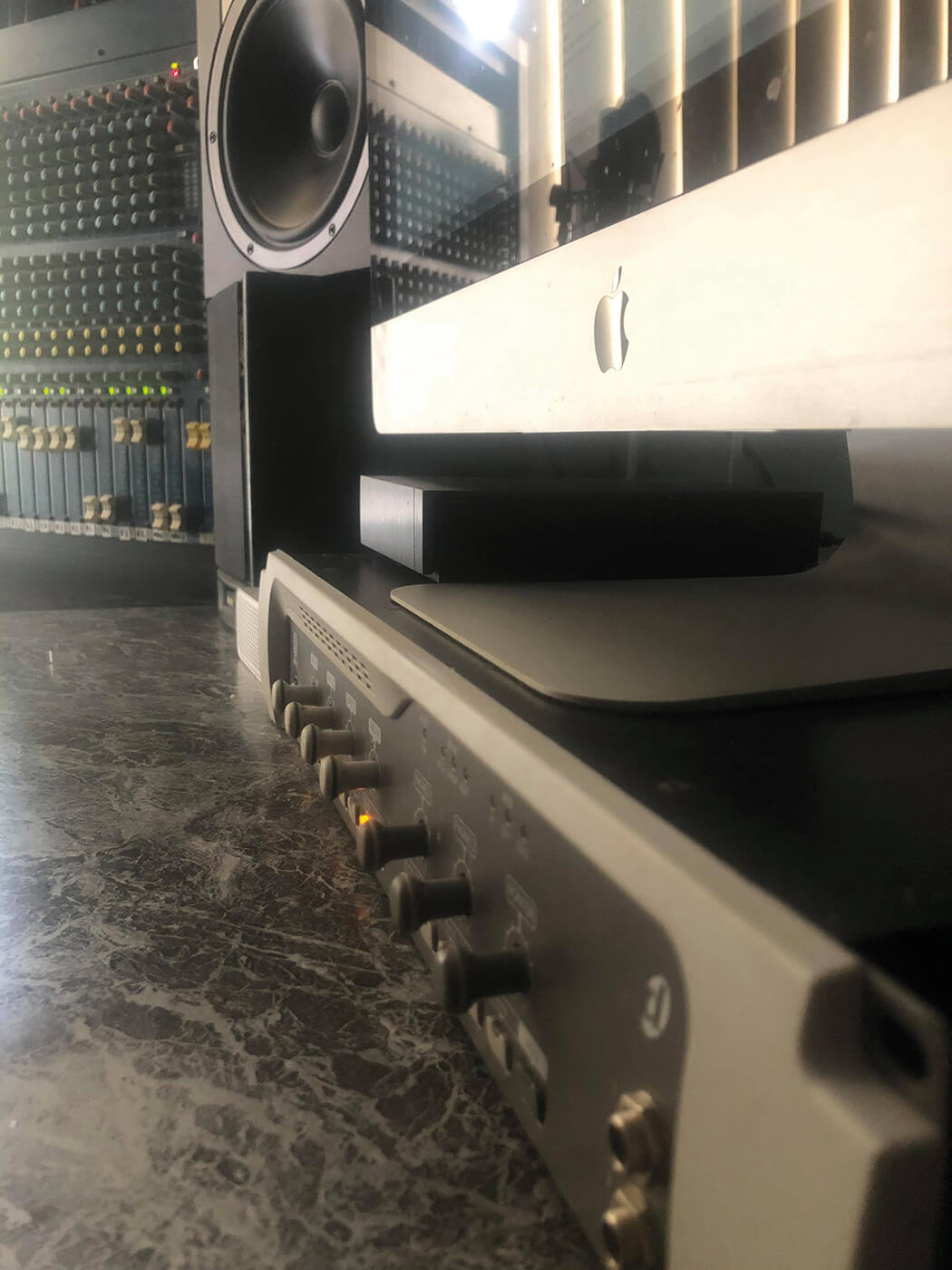 What criteria do you look for in an original track that you might want to remix or re-edit?

I look for space in the original production so that my additional drums and musical elements won’t sound cluttered on top of what already exists. Simpler tracks, with less percussion and less complex basslines, work better for me. I like to replay every note again, adding a bigger, more modern take for today’s dancefloors. Some tracks are an absolute nightmare though, with bass players, for example, going wild all over the whole thing – it can take time to make edits and the additional compositional elements. 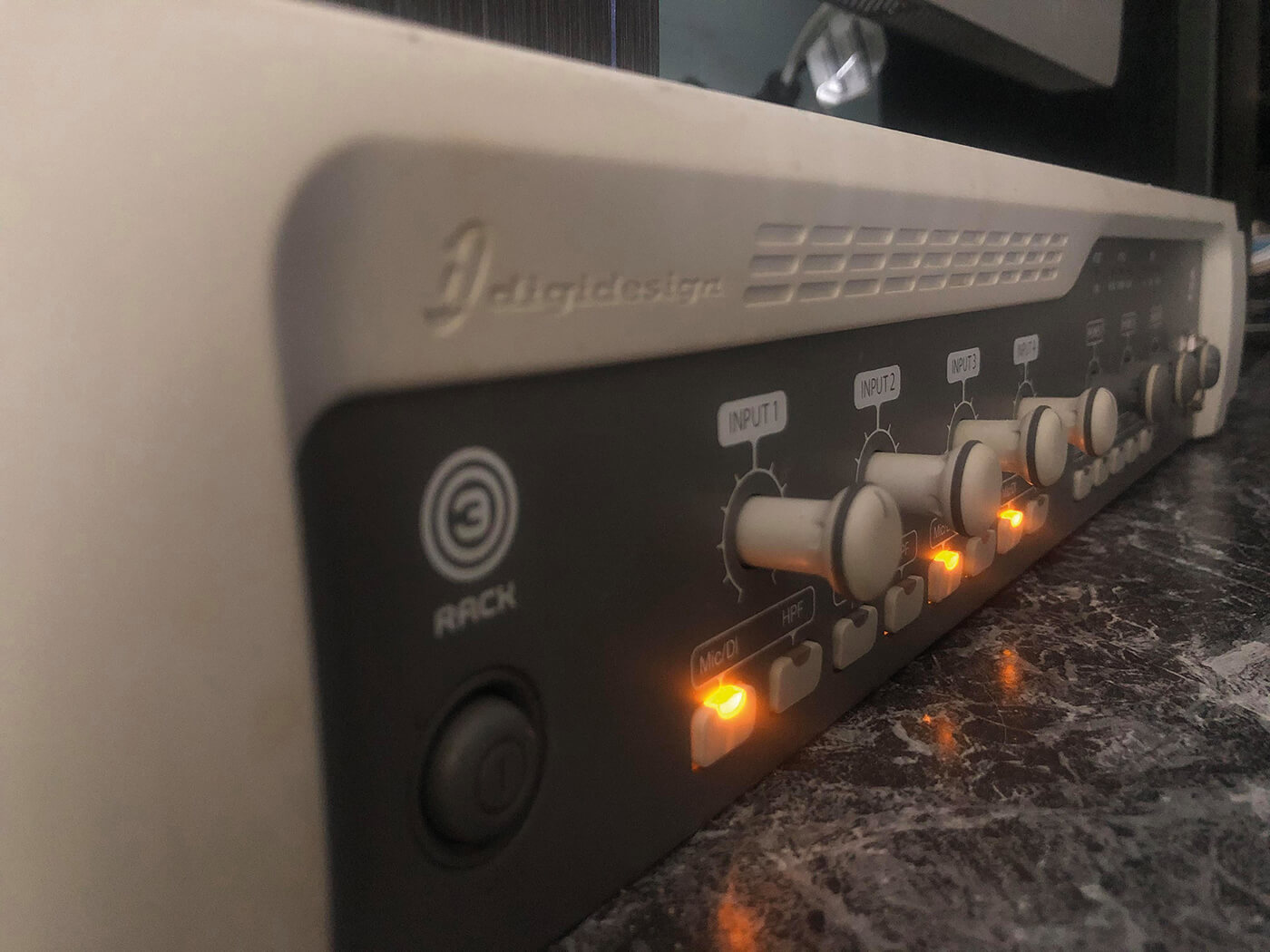 Run us through a typical approach to one of your re-edits or remixes. Is the process planned or instinctive?

Usually, I sit, listen and try to imagine my additional drums and basslines over the top of the original, literally writing the notation in my head. From this process, I usually get a rough idea as to whether it will work or not.

Sometimes, if I feel it could work, I will do a rough draft of the main hook, maybe 16 to 32 bars in length. Ultimately, this will confirm the feel and whether it is going to work at the adjusted tempo with my basic layers. Occasionally, I get surprised and something I thought would not work does and vice versa. If it does, I run with it, staying as close to the original as possible but bringing in the Dr Packer sound. I often use my Roland XV-5080 synth for its warm Rhodes patches and 303 acid-type bass sounds, which sit well with the older disco and funk tracks.

My favourite two plug-ins in Pro Tools are Xpand and Soundtoys’ FilterFreak, which are great for further bass sounds, strings and electric pianos. I generally mix down the same way I would with drum ’n’ bass, by pulling all the low-end frequencies apart from the kick drum and bassline. However, unlike drum ’n’ bass, the basslines in 4/4 music often run in sync with the kick, so I find that with the reworks and re-edits I need to sidechain the bass if it’s clashing with my kick. 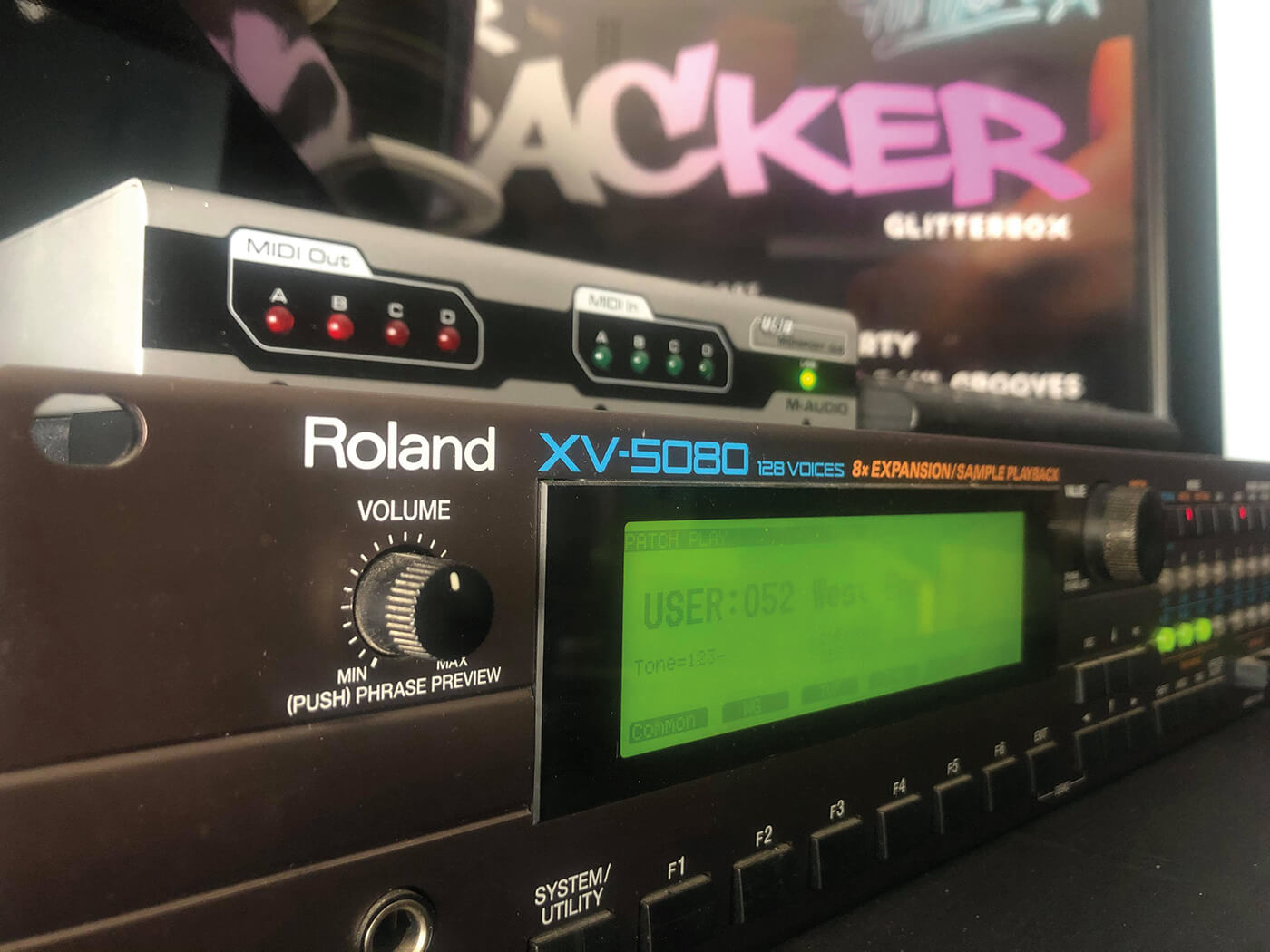 You have remixed countless disco anthems and classic works over the years, what are you most proud?

I think I’m most proud of the Salsoul hook-up, as that is a legendary label that I’ve loved since my teenage years. It’s much the same with West End too. Being able to work on tracks such as Raw Silk’s Do It To The Music is a dream come true. It’s hard to pick a favourite remix, as I have done so many over the past five years. The one I seem to keep playing over and over again is my mix of Sylvester’s Do Ya Wanna Funk. It often gets the biggest reaction in sets and I never get tired of playing or listening to it.

How does it feel when the likes of Salsoul and West End records commission you for official remixes? Was it a lifelong dream to release on these legendary labels?

Absolutely. At first, Salsoul messaged me with a concern about some of the unofficial re-edits I had uploaded on my Soundcloud page. They said, “We don’t mind you having these up there, all we ask is that you don’t give them away as free downloads or sell them”. My reply was simple: “Would you like to release them then?” From there, a working relationship began and blossomed. 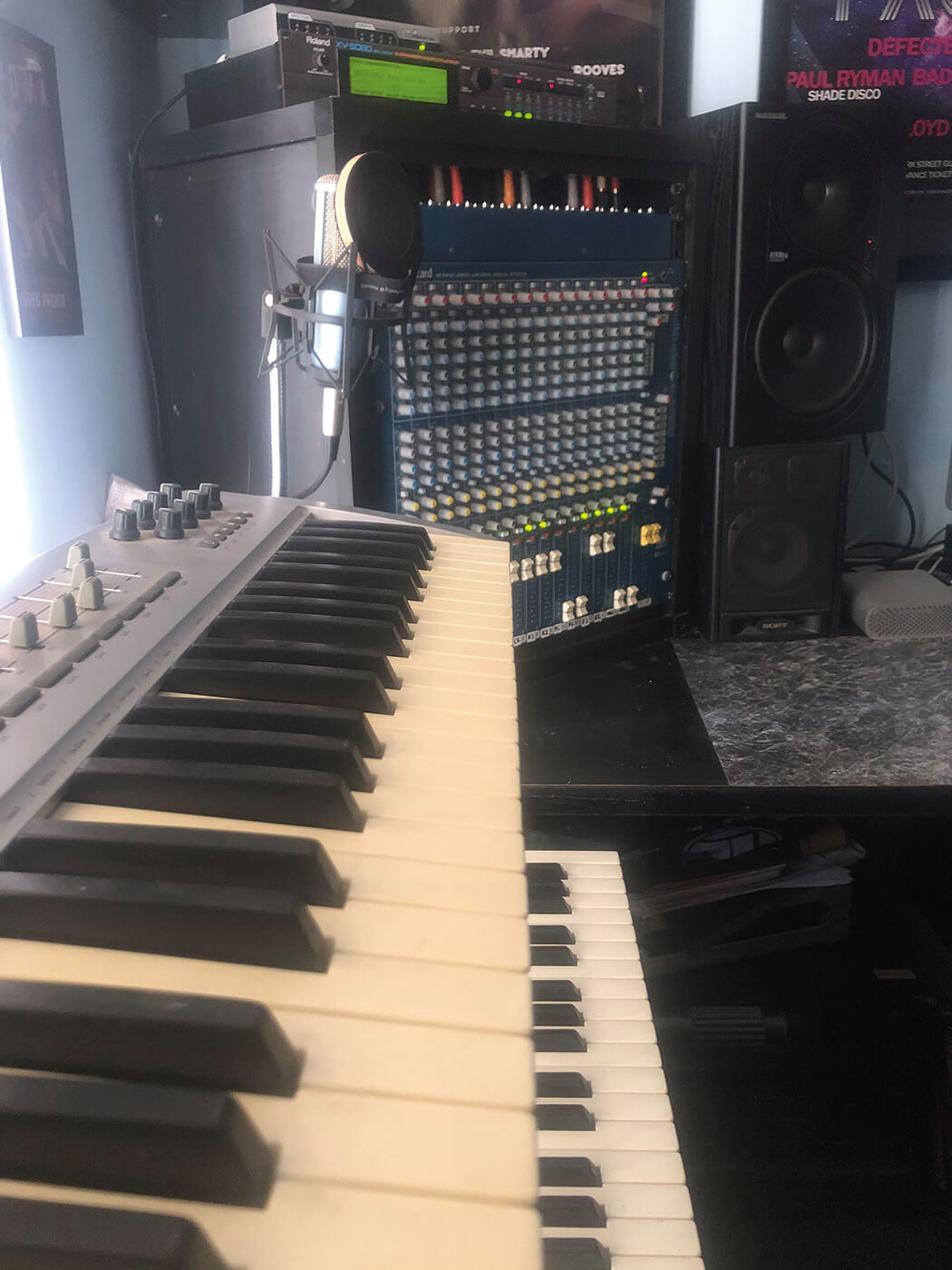 The remixer’s job can be quite stressful, with tight deadlines, what do you do to unwind?

I am lucky enough to live two minutes away from the beach, so I usually go for morning jogs to clear the mind and jump in the ocean before breakfast – if the weather is nice, of course. I like to swim laps at the pool too. Personal fitness and mindfulness are important to me. Getting out of the studio environment for a bit is great for recharging the batteries and giving the ears, eyes and mind a rest. It can be quite invigorating and inspiring.

You started DJing when the only option was using two vinyl decks and a mixer but today there are so many more. Does the equipment matter to you?

I don’t think so. As long as what you do sounds good and the people are entertained, you should use whatever equipment enables you to do what you want to do. Do whatever pleases you. Dimitri From Paris started out in the same way as me, using turntables and vinyl. Now he plays off a laptop and that works for him, so fair play. I’m definitely not a DJ snob that thinks that if you didn’t learn on vinyl then you aren’t a real DJ. 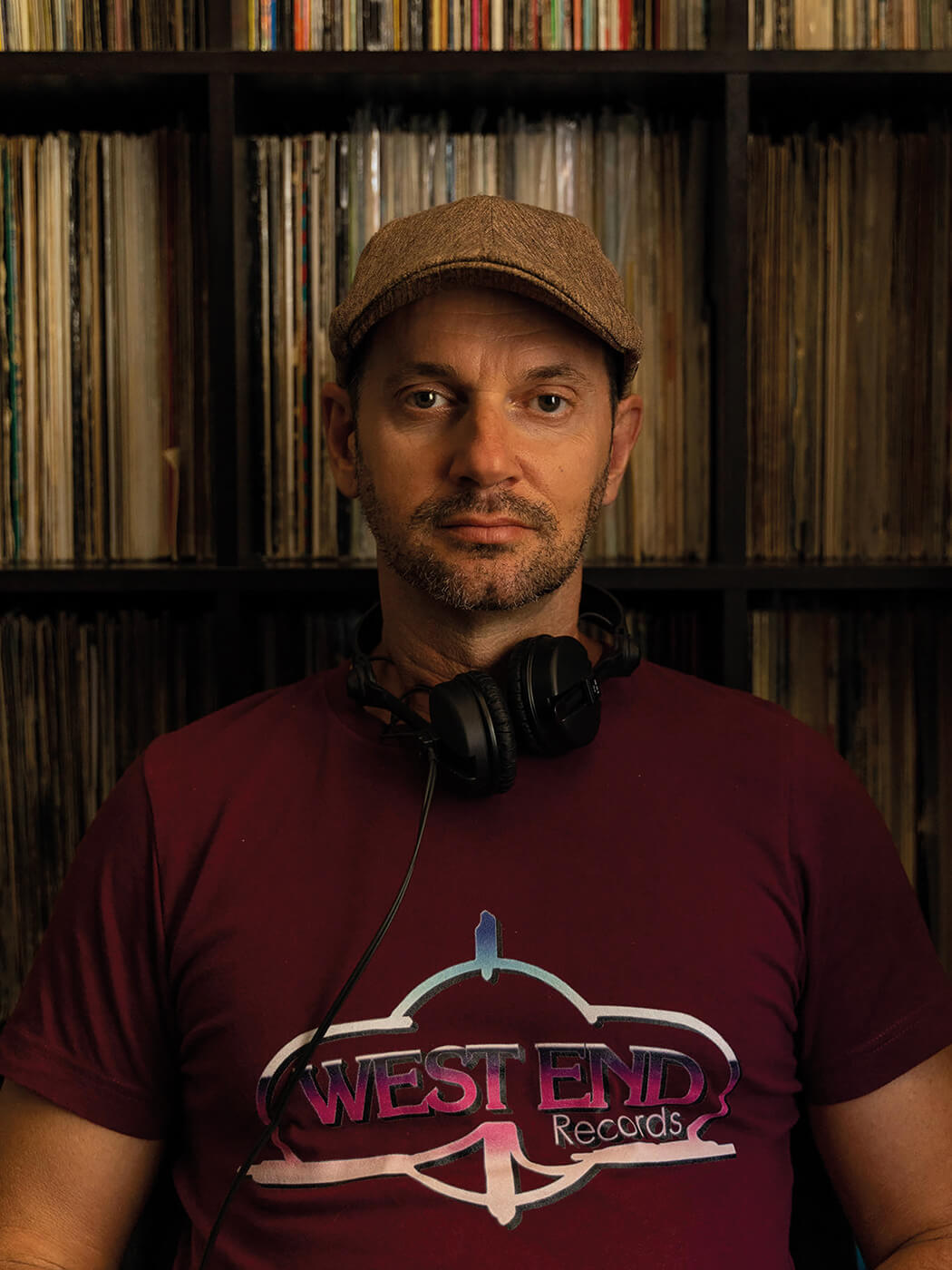 What advice would you give to aspiring remixers?

Try to have your own sound so people can see what you are bringing to the table. Lots of people are editing what’s already there and making DJ-friendly intros and outros. Then they put their name to that, which, to me, is pointless. You have to add enough to an original so that it essentially becomes a remix.

If you had a time machine and you could visit any point in musical history, where would you go?

Easy: it would have to be back to the Paradise Garage between 1977 and 1987, with Larry Levan in his prime. That, or I would visit John Morales at Studio 54 so I could say to him, “One day you will be playing my mixes”.

What upcoming projects are you most excited about?

I am working on my second album for Glitterbox, which is getting close to the finish line. It includes remixes of original tracks by Horse Meat Disco, The Shapeshifters, Aeroplane, Hifi Sean and Roberto Surace, to name a few. 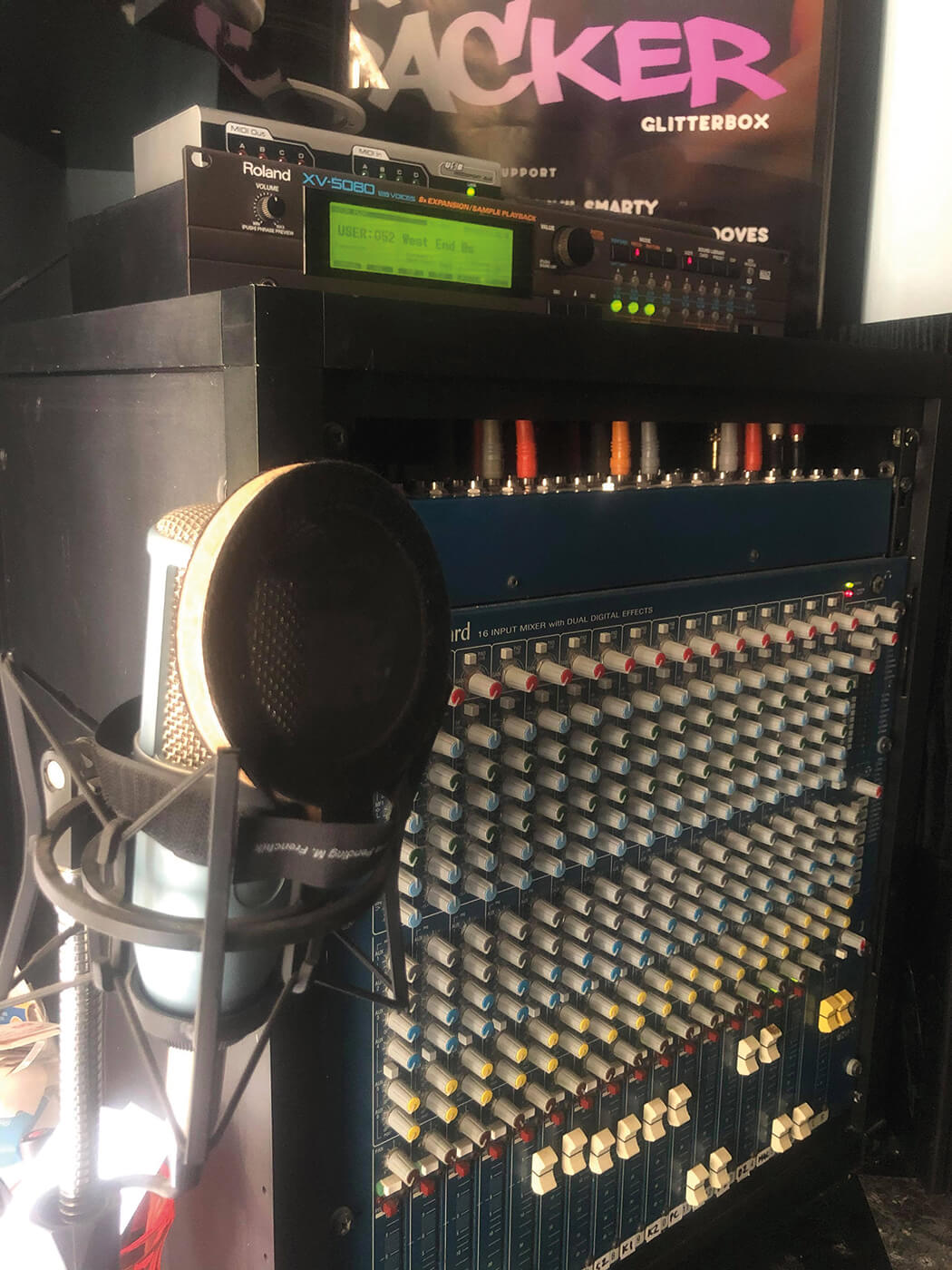 2. NI Kontakt – “Everything is at hand, including all my presets and sample banks. I can work quickly with it.”

3. Celemony Melodyne – “It’s a great tool for figuring out chord progressions and getting elements in the right key.”

4. Ableton Live – “I only use this for warping the old tracks. It’s a little tighter than Pro Tools.”

The fewer elements in the original the better. Ultimately, a multi-track is the best option, then you can remove and add your own.

They generally contain light, weaker kick drums, which means yours will stand out more in the finished product.

Spend as much time as possible tightening up – the end result will be better. There’s nothing worse than kick drums clashing or a mix going out of time.

Old tracks were often not recorded at concert pitch, so be aware of the tuning. If you are laying chords and basslines on top, they may slightly be off-key and will require tuning up.

Add an original vibe to the remix. A lazy edit doesn’t lend the track any identity. Try finding clean parts or a capellas, and don’t be afraid to get creative with new breakdowns, filter parts and things that didn’t happen in the original. Then you’ll get the credit for your edit.