Getting to know all the new features in Reason 11

Reason 11 is here and, as usual, The Props have added masses of stuff and the extra, dramatic news that you can now run the Reason Rack in any DAW! Even more importantly, we can no longer call them ‘The Props’. 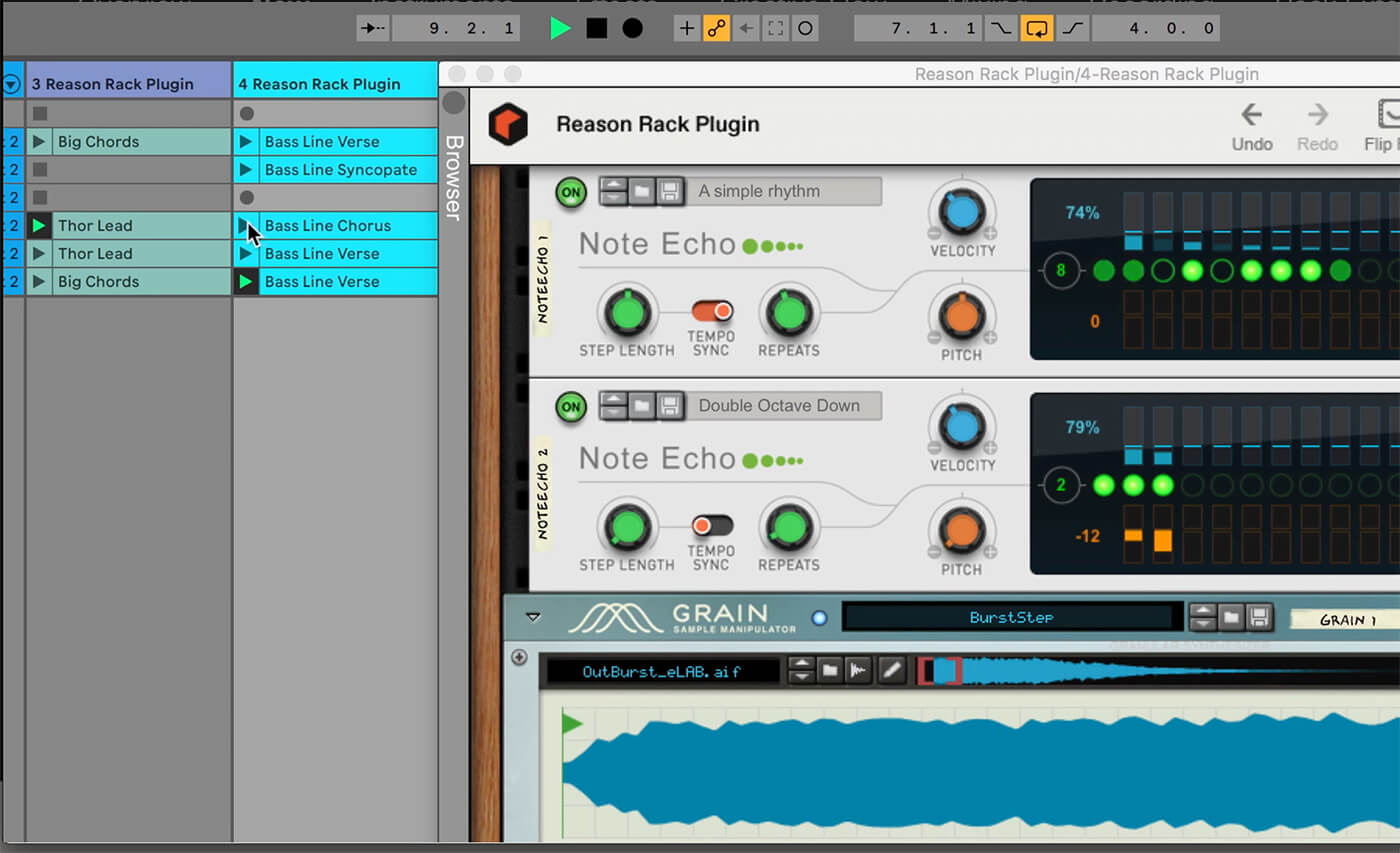 It’s a massive Reason update time! The last few updates to this DAW favourite have been nothing if not significant, but Reason 11 is probably the most dramatic update in scope, not least because the developer behind it is changing its name.

That’s right, no longer is Reason being developed by The Propellerhead team, or as we like to fondly call them, The Props. It hasn’t sold Reason to another company, just merely changed its name to Reason Studios (indeed, go to the Props site and it auto-changes to reasonstudios.com).

The reason (ahem) behind the name change is not, as you might think, because the company was sick of answering the question: ‘Why are you called Propellerhead Software?’ but more because it’s a more descriptive and accurate name.

Product manager Mattias Häggström Gerdt says: “The world really knows us for Reason. Reason Studios encapsulates our mission of building a platform for all music creators. Reason 11, with its seamless integration into other music-production software, truly exemplifies how we want to open up to the world”.

Reason Studios adds: “Don’t worry, all your old links will still work. While the name and logo change, the people here remain as dedicated as ever!”

Reason as a plug-in

Of course, that is not the only big news. With Reason 9.5’s VST compatibility was massive news and then Reason 10 gave us some fabulous new instruments, so what’s big about v11? Well, how about being able to run the Reason rack in any DAW? Yes, that’s right, you can now open up the complete Reason Rack as an instrument in any VST3 DAW (AU is promised by the end of the year).

This news isn’t perhaps too surprising, as Reason’s linkage with other DAWs has always been great, thanks to ReWire. Also, the news last year that the software would then load VST instruments in some ways opened the door to this update. So does this mean that The Props, sorry Reason Studios, are abandoning Reason as a DAW? “Of course not!” says Gerdt. “Reason 11 is much more than Reason Rack plug-in.” What he means is that the rest of the DAW part of Reason 11 – rather than the instrument part, if you like, that runs as a plug-in – is getting a big number of updates, too.

First up, you get five extra effects. These are either new effects or versions of some of the outboard effects that come in Reason’s mixer, which can now be more flexibily placed in Reason’s Rack. You get the Quartet Chorus Ensemble which offers, unsurprisingly, four different types of chorus and ensemble effects. Then there’s the Sweeper Modulation effect, which is a phaser, flanger and filter all in one unit.

The Master Bus Compressor and Channel Dynamics, are the same compressor, expander and gate from Reason’s mixer so can now go anywhere in your signal chain. Similarly, Channel EQ is the ‘legendary modelled EQ’ and is now also available as a Rack device.

The final additional features in Reason 11 are some simple but effective workflow improvements. These include curved automation, to give you much smoother parameter transitions; better control over your audio file crossovers, with seamless crossfading of overlapping files; improved vertical zooming which can be done on individual tracks and to an increased height; multiple note drawing; improved note muting and, finally, a clearer view of the notes being edited.

The Reason Rack in Reason 11 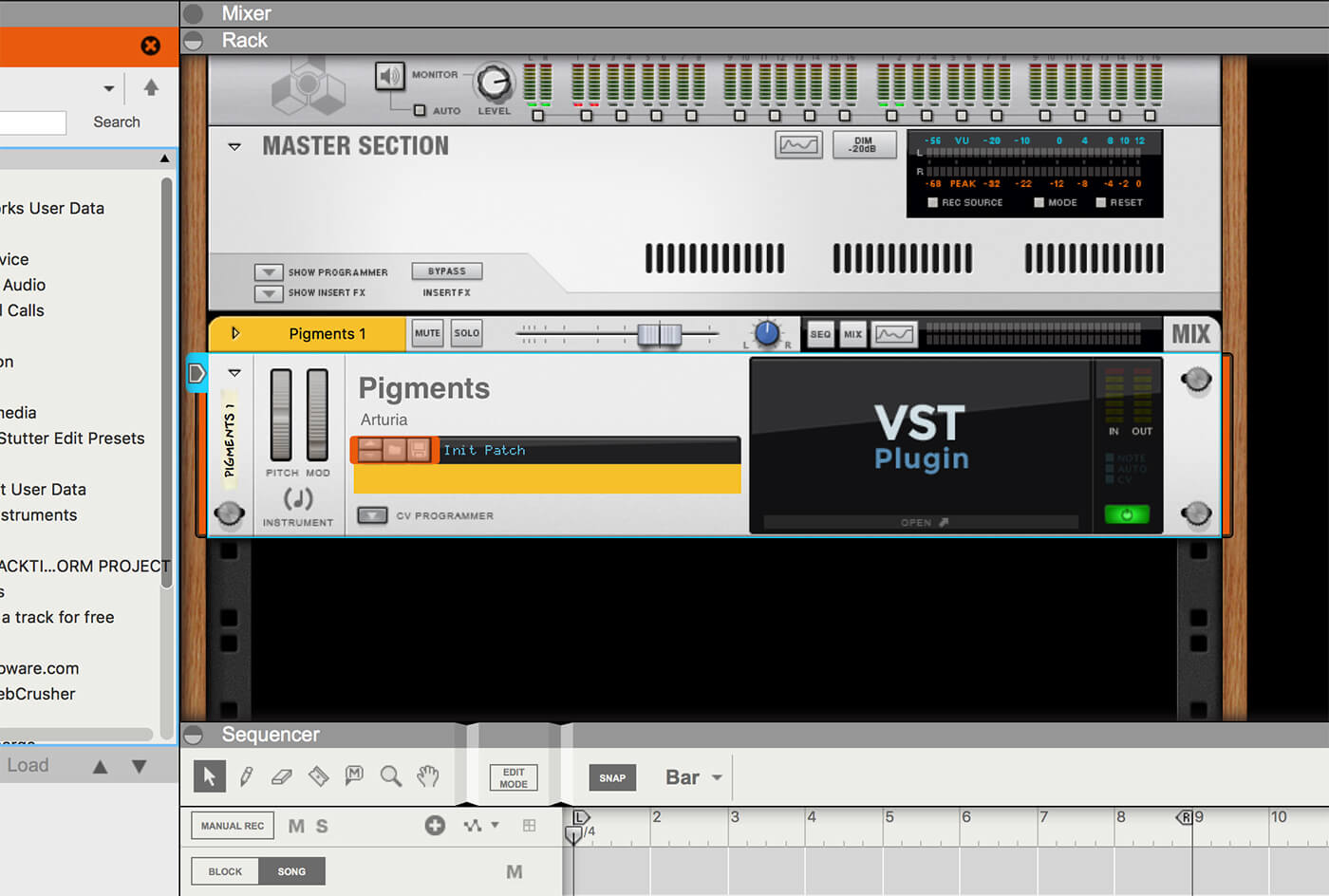 1. For a while in Reason (since v9.5), you have been able to load in standard VST instruments The big news with Reason 11 is that its Rack will now run like a VST instrument within any VST3 DAW (with AU arriving imminently). 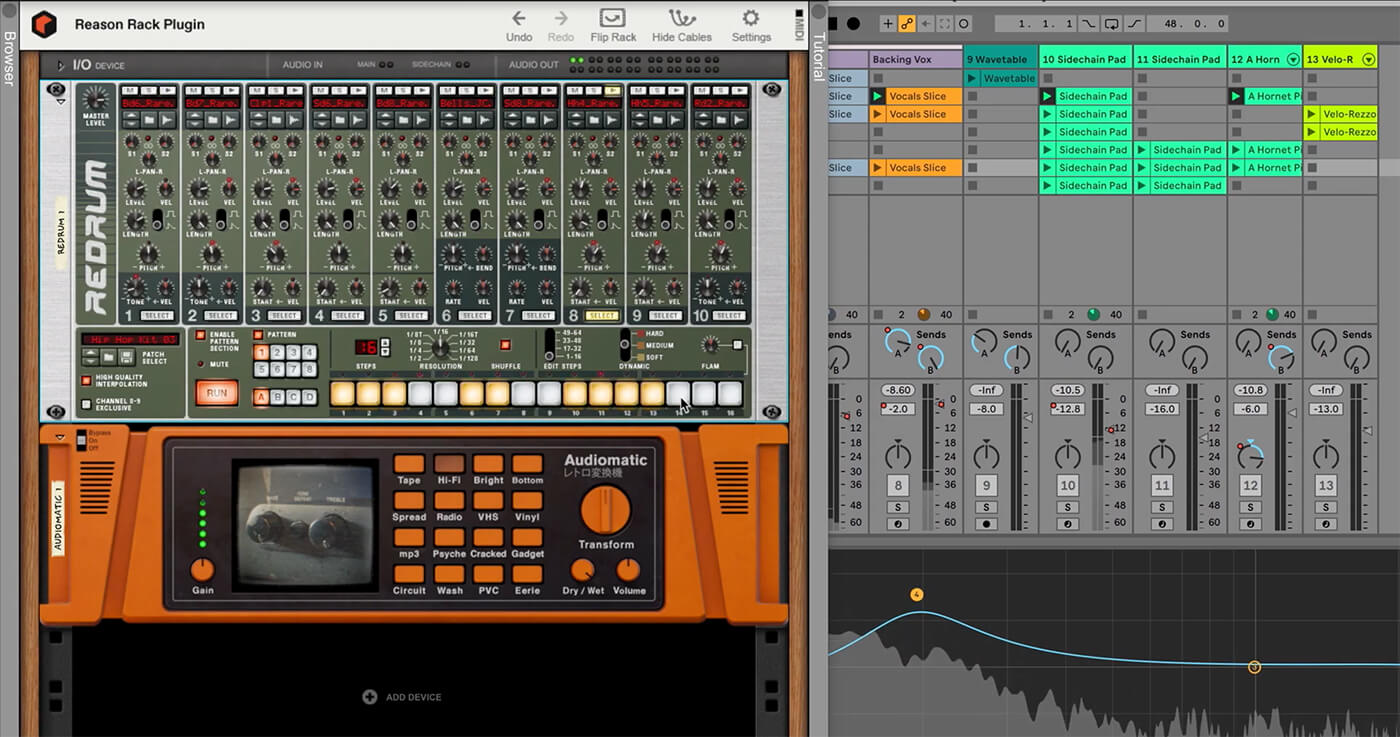 2. Here is running in Ableton Live as a VST instrument. You can load up an entire rack of instruments and effects if you like, all running as a single VST instance. It’s Reason within Live (within reason). 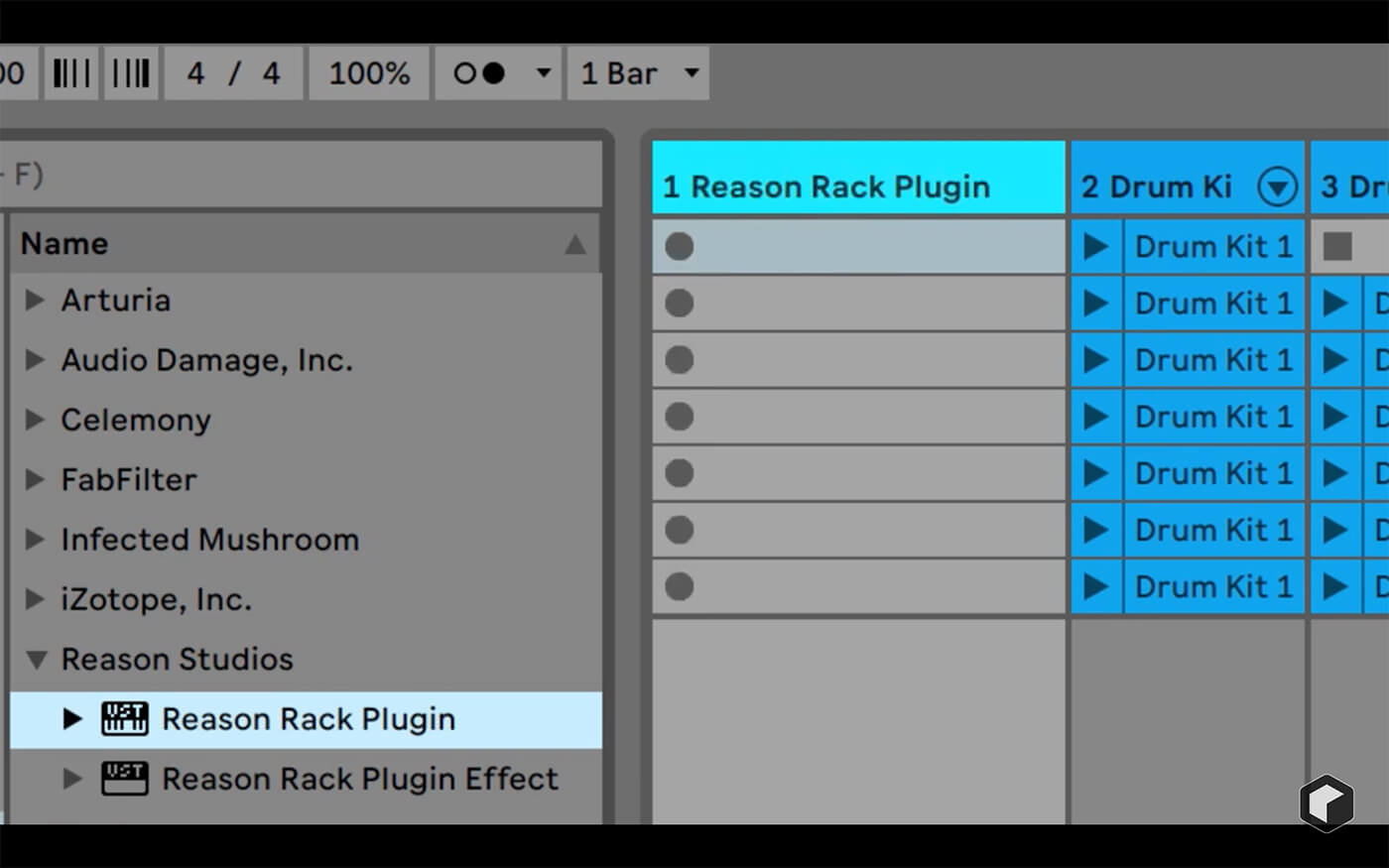 3. As you can see in this shot of Ableton Live, the Reason Rack plug-in just appears as a regular VST, which you can then drag to a channel to get up and running, as you would any instrument. 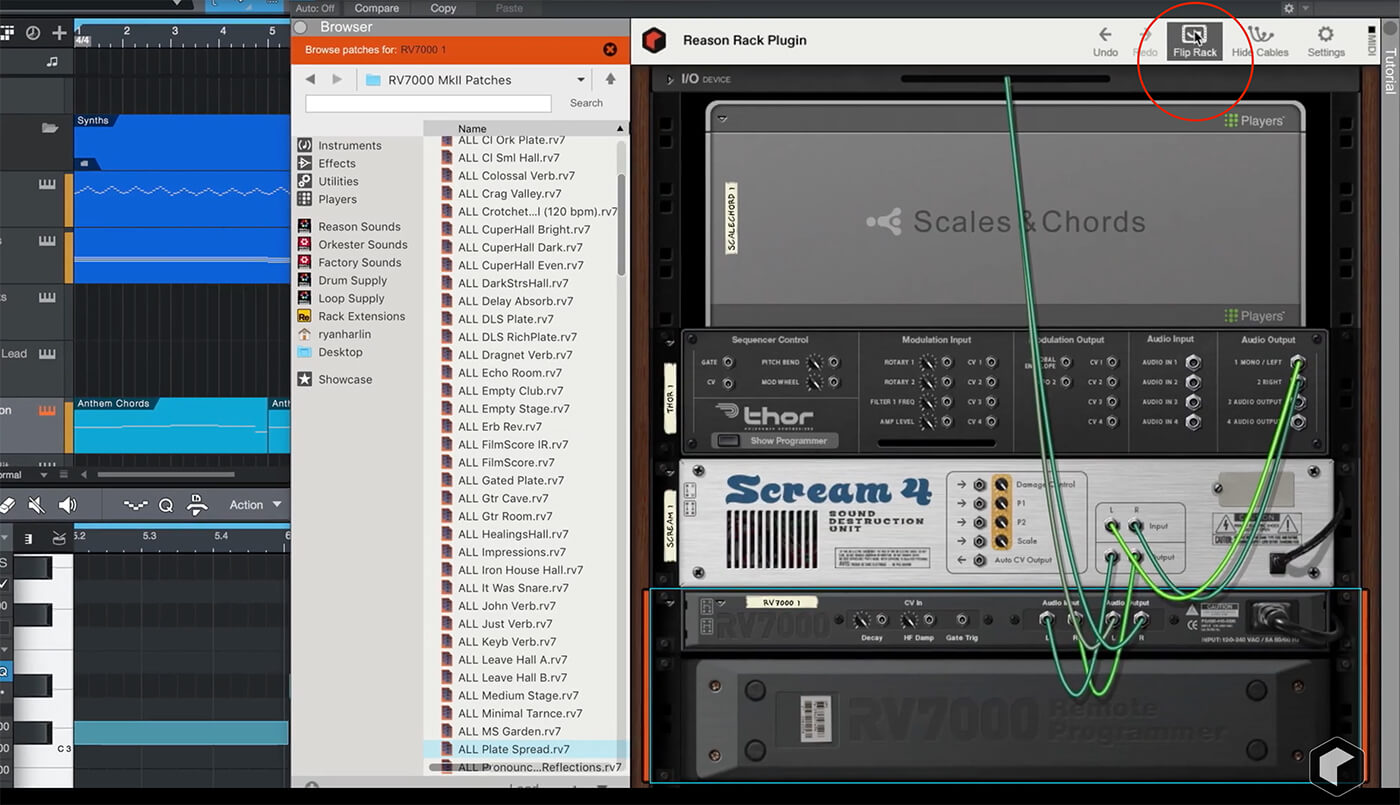 4. In standard Reason, pressing Tab flips the Rack to show the back. In the plug-in, you press Flip Rack (top right) so you can still make or break all of those connections between your Rack, just as you would with Reason standalone.

5. It’s not just the instruments and effects that will run in the Reason Rack; you also get to load in the great Players – with all of their compositional treats – and also the Combinator to create even bigger sounds. 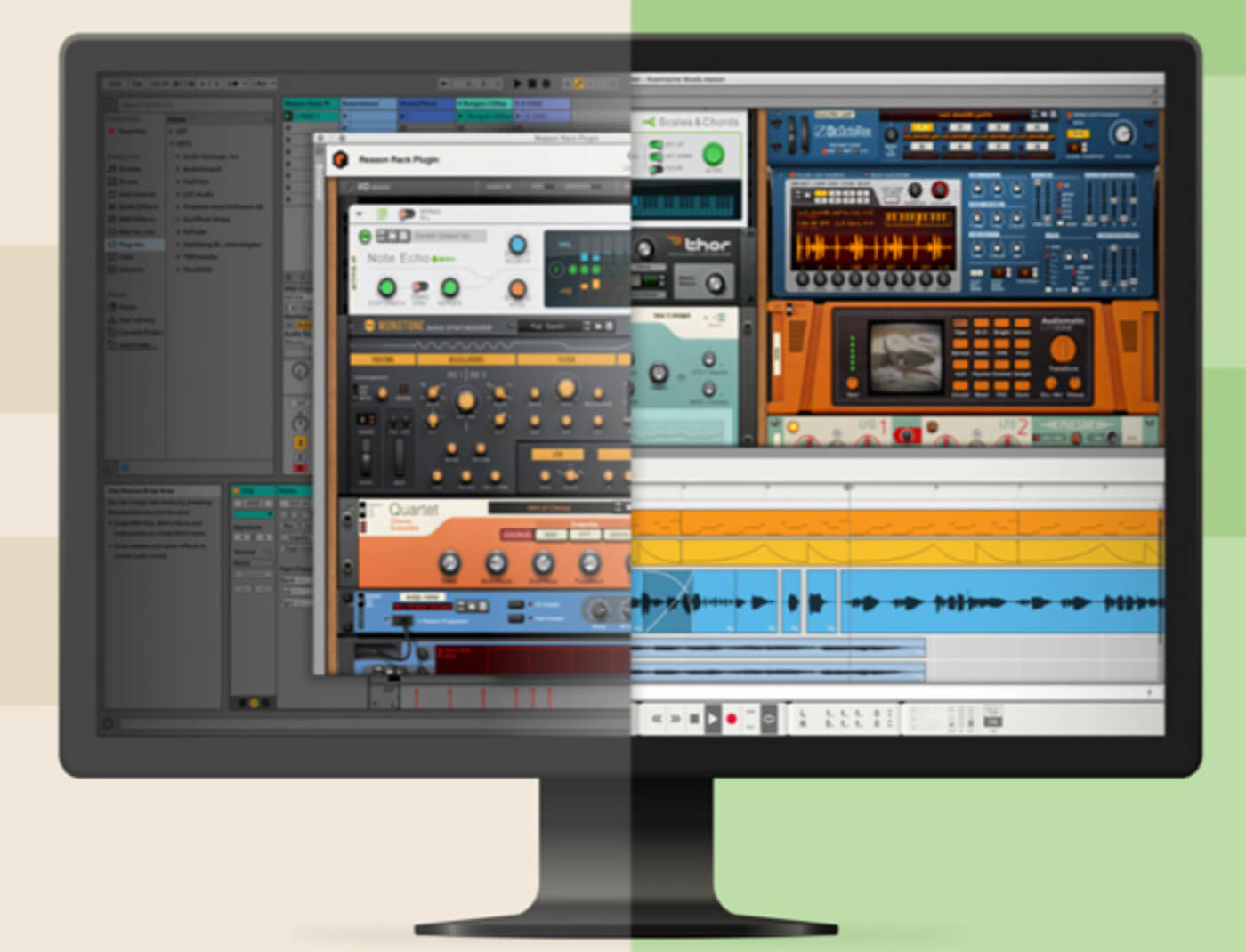 6. No word at the time of writing as to whether the Reason Rack will be available separately as a VST plug-in, but it is available with all three types of Reason: that’s Intro, Standard and Suite.

The new effects in Reason 11 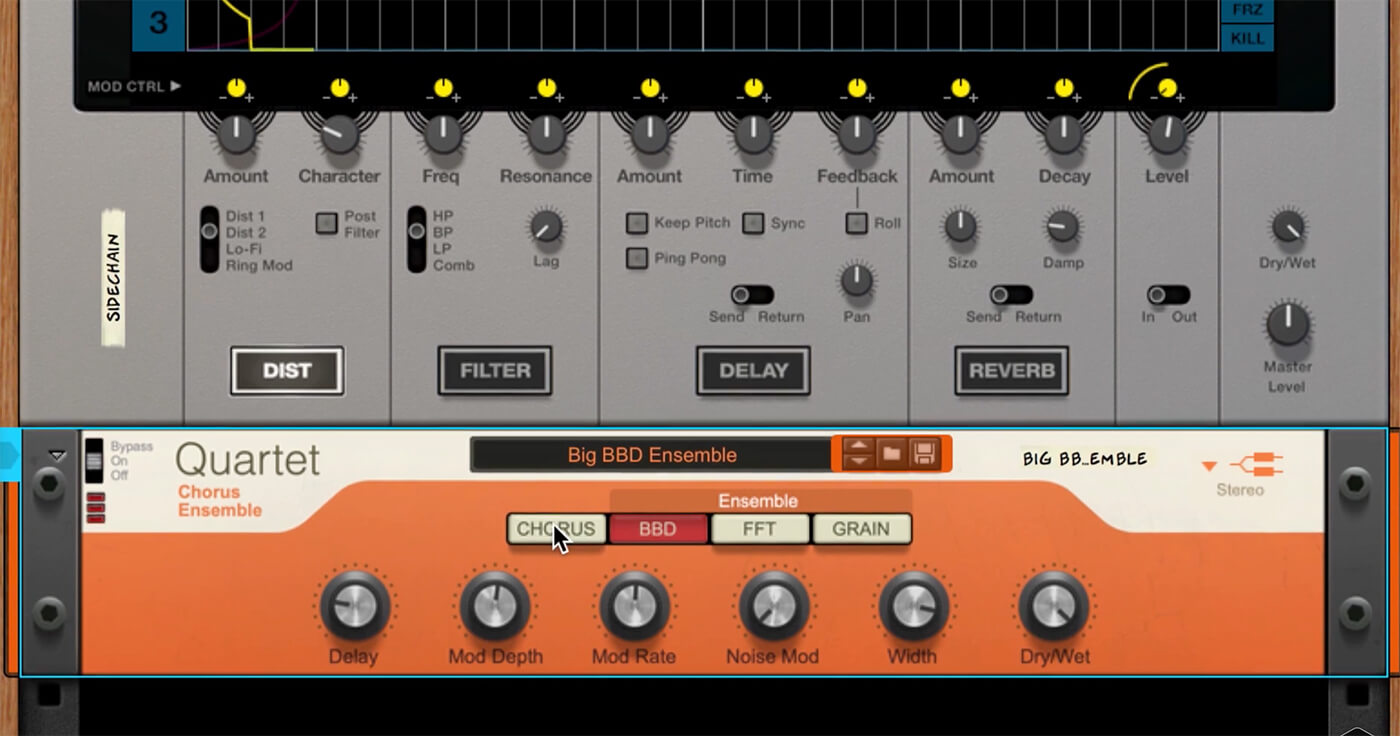 7. The new Quartet Chorus Ensemble is one of five new effects with Reason 11, which are either totally new or versions of classic Reason effects – or those from the Reason mixer that you can now place anywhere in your signal chain.

WHICH DAW WILL RUN THE NEW REASON RACK At the time of writing, the new Reason Rack in Reason 11 is VST3 compatible, so will run in the likes of Live, Tracktion and Cubase. The AU version will mean that Logic users will be able to enjoy it and is expected to arrive by the end of 2019. 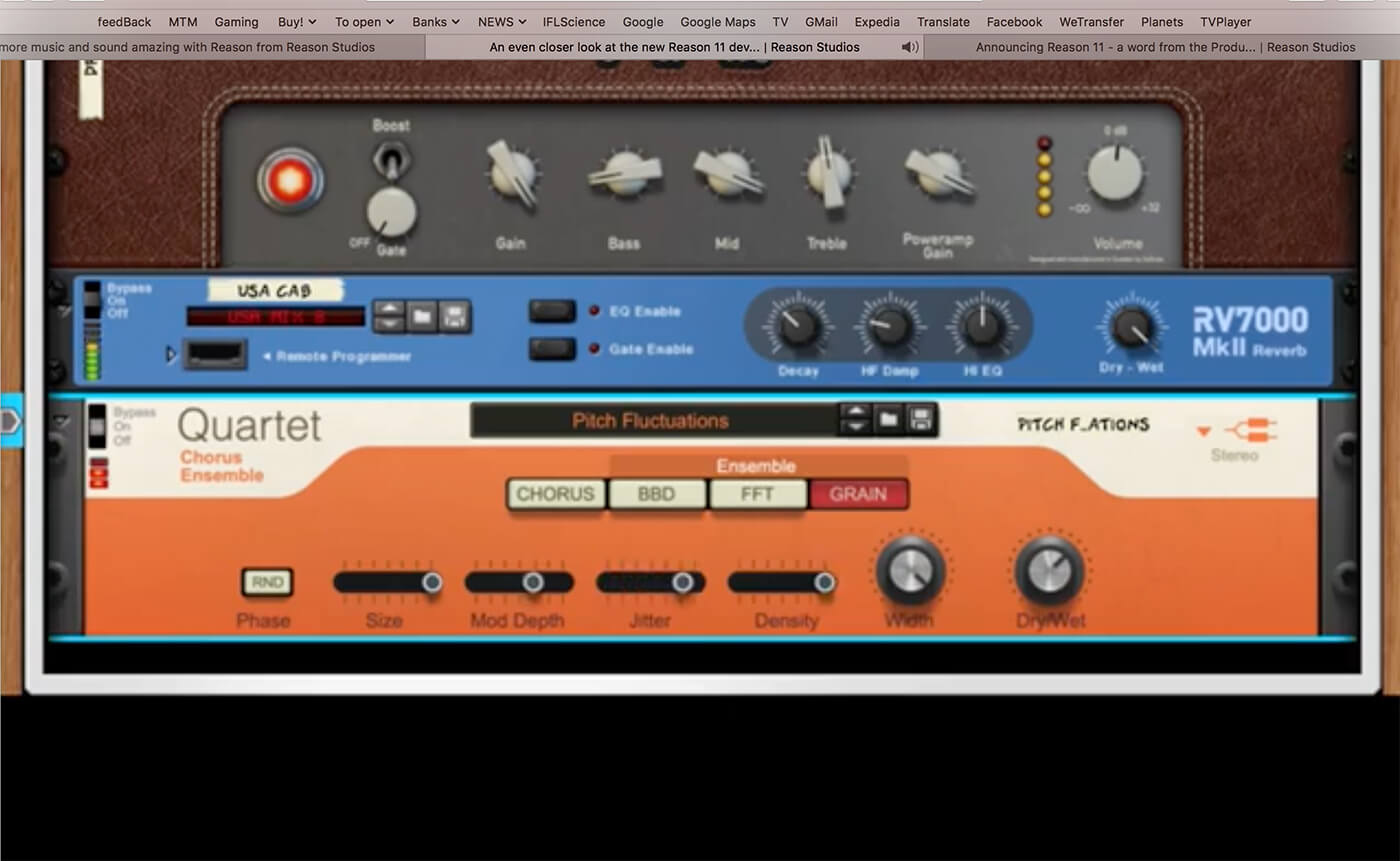 8. In Quartet Chorus Ensemble, simply click on one of the effect options (in this case Grain) to open up a lits of further options to tweak, like Size, Modulation Depth, Jitter, Density, Width and so on. 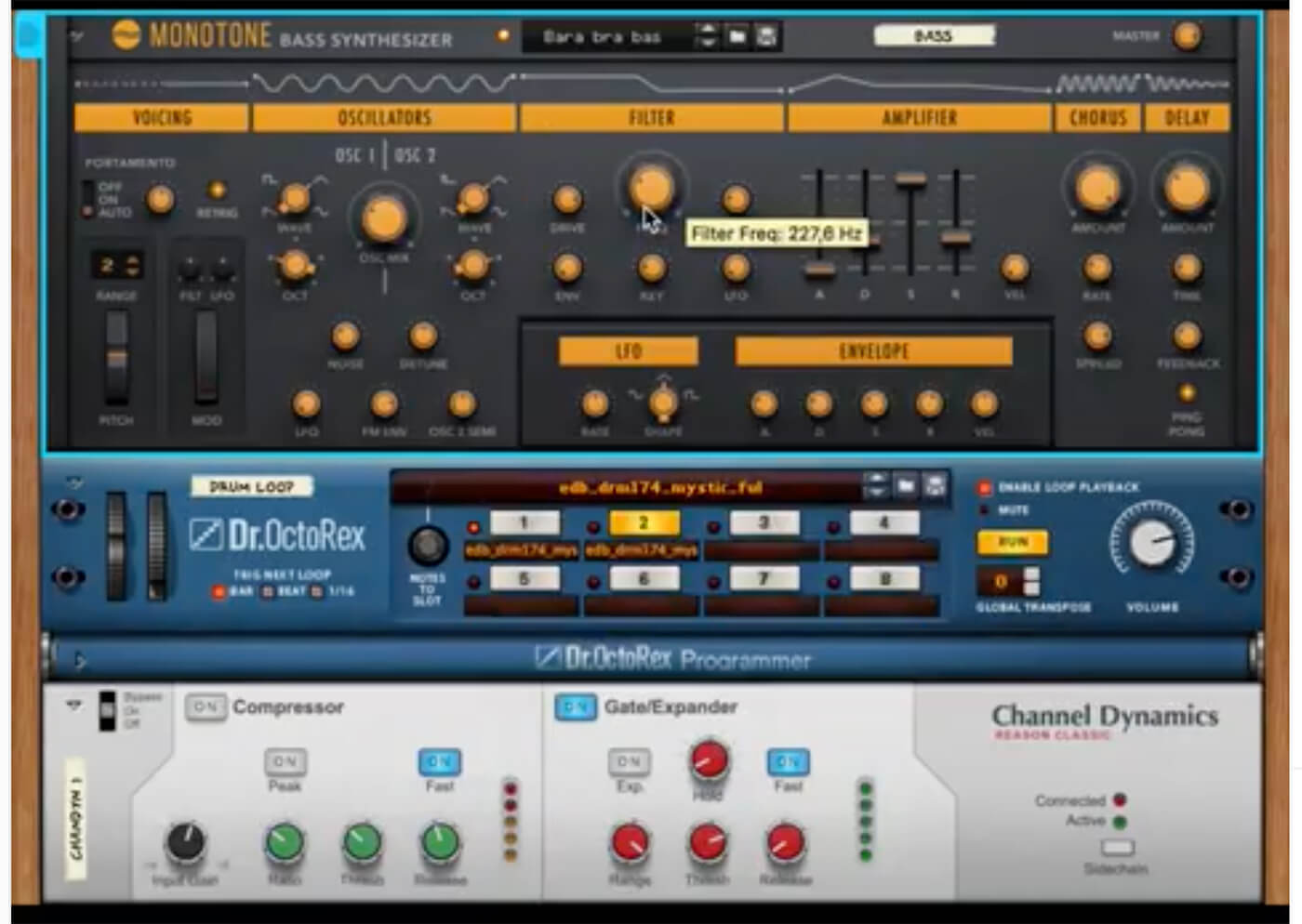 9. The new Channel Dynamics effect (bottom of picture above) is effectively the compressor, expander and gate from Reason’s mixer, to be used anywhere. Here, it’s being used to modulating the filter frequency of some drums. 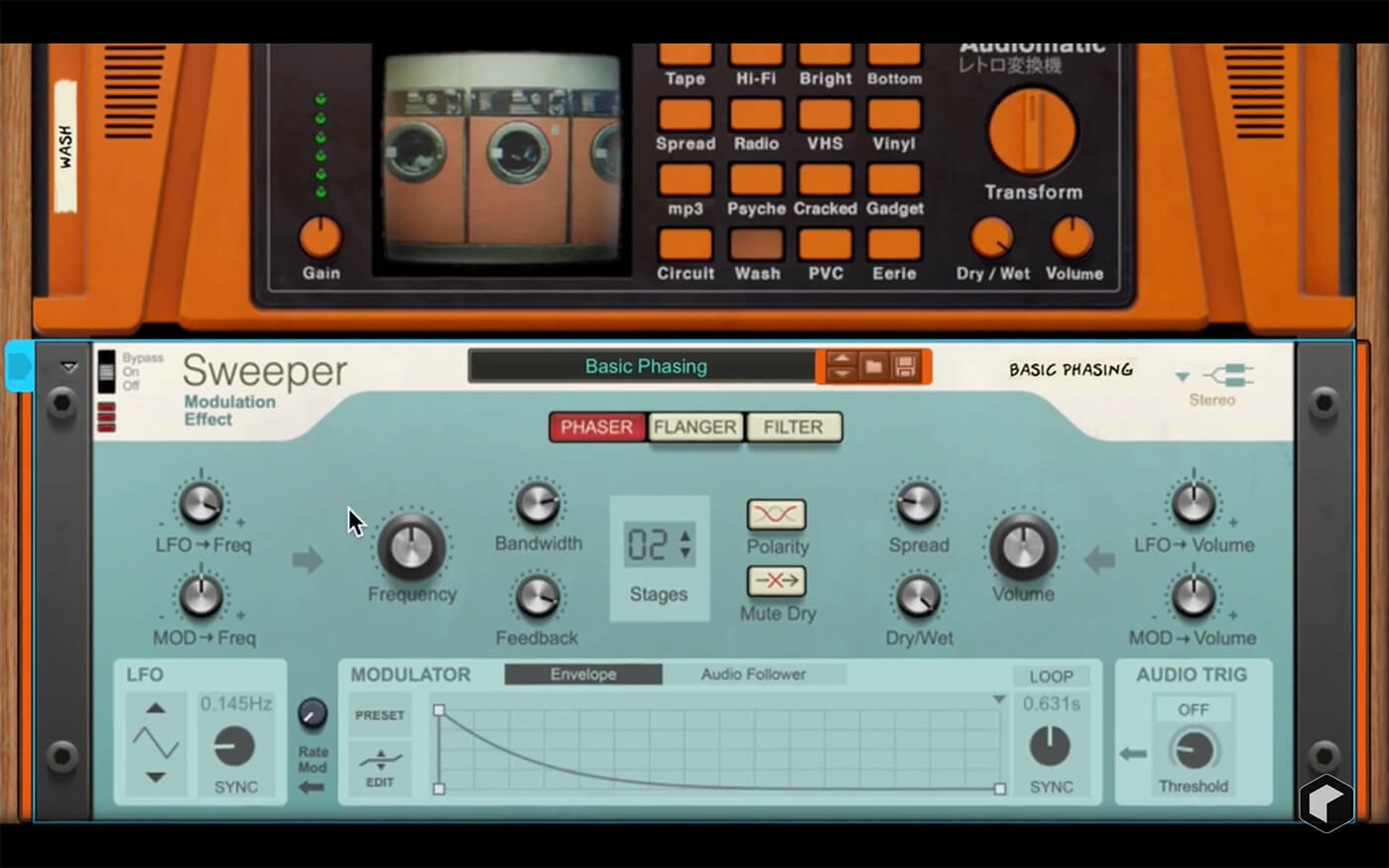 10. The new Sweeper Modulation Effect is a Phaser, Flanger and Filter all in one unit and, like Quartet, features simple controls that reveal more options to control each of the three effects. 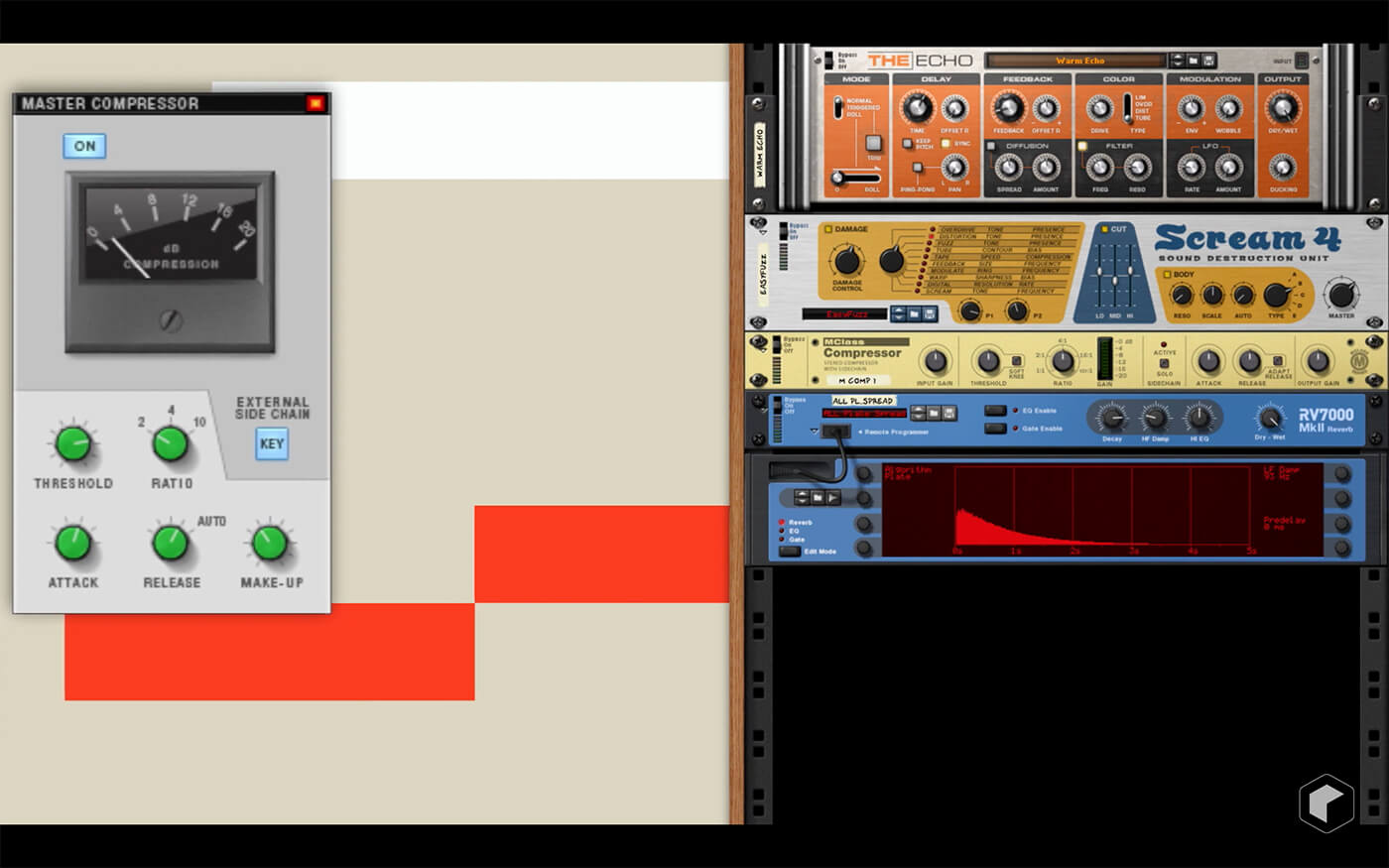 11. Like the Channel Dynamics (above) you can now load in the Master Bus Compressor as a separate effect to put in the Reason 11 Rack wherever you like (and now use in any DAW). 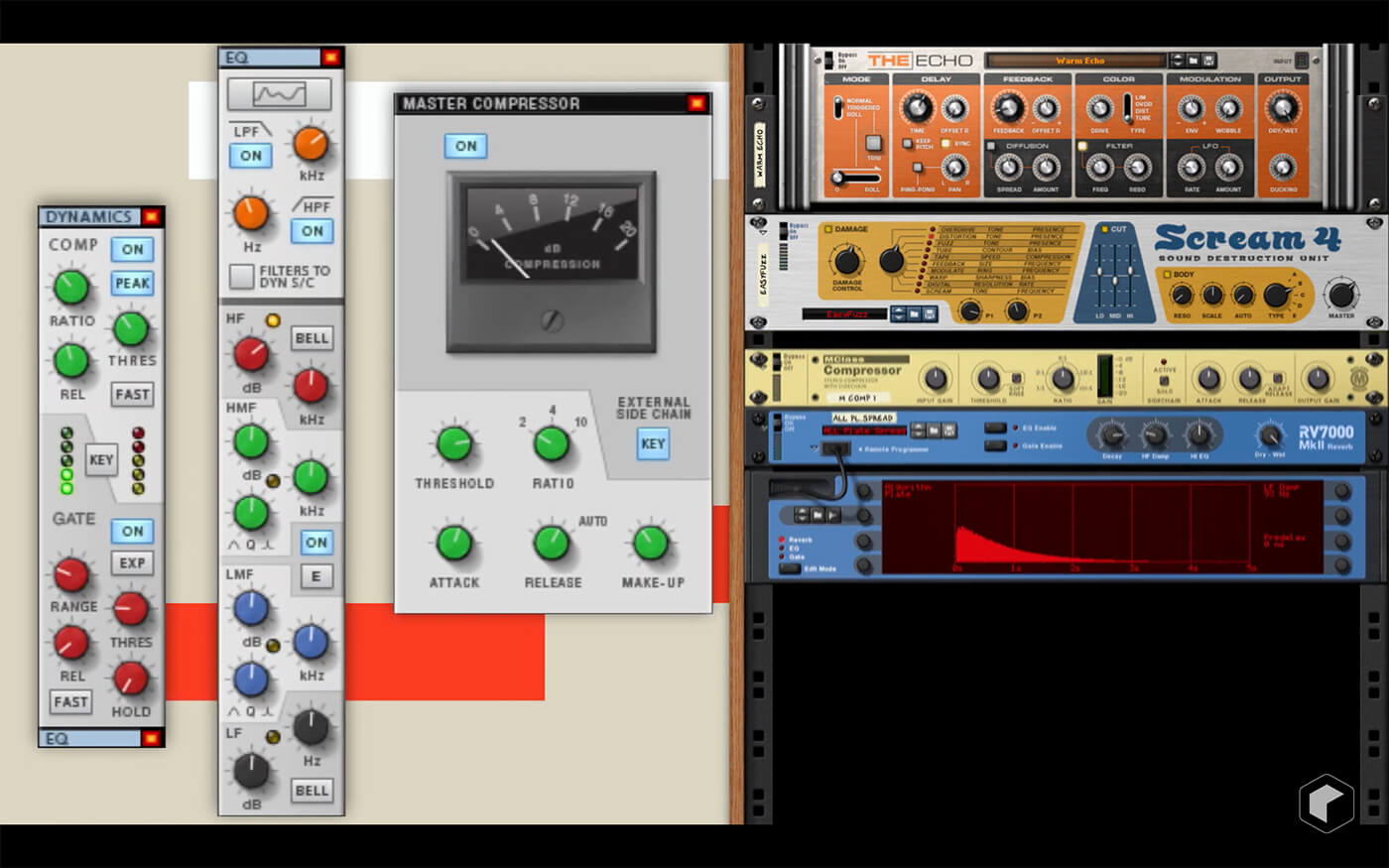 12. The same goes for the Channel EQ, which, like the Channel Dynamics and Master Bus Compressor, can be inserted anywhere in your signal chain for maximum flexibility. 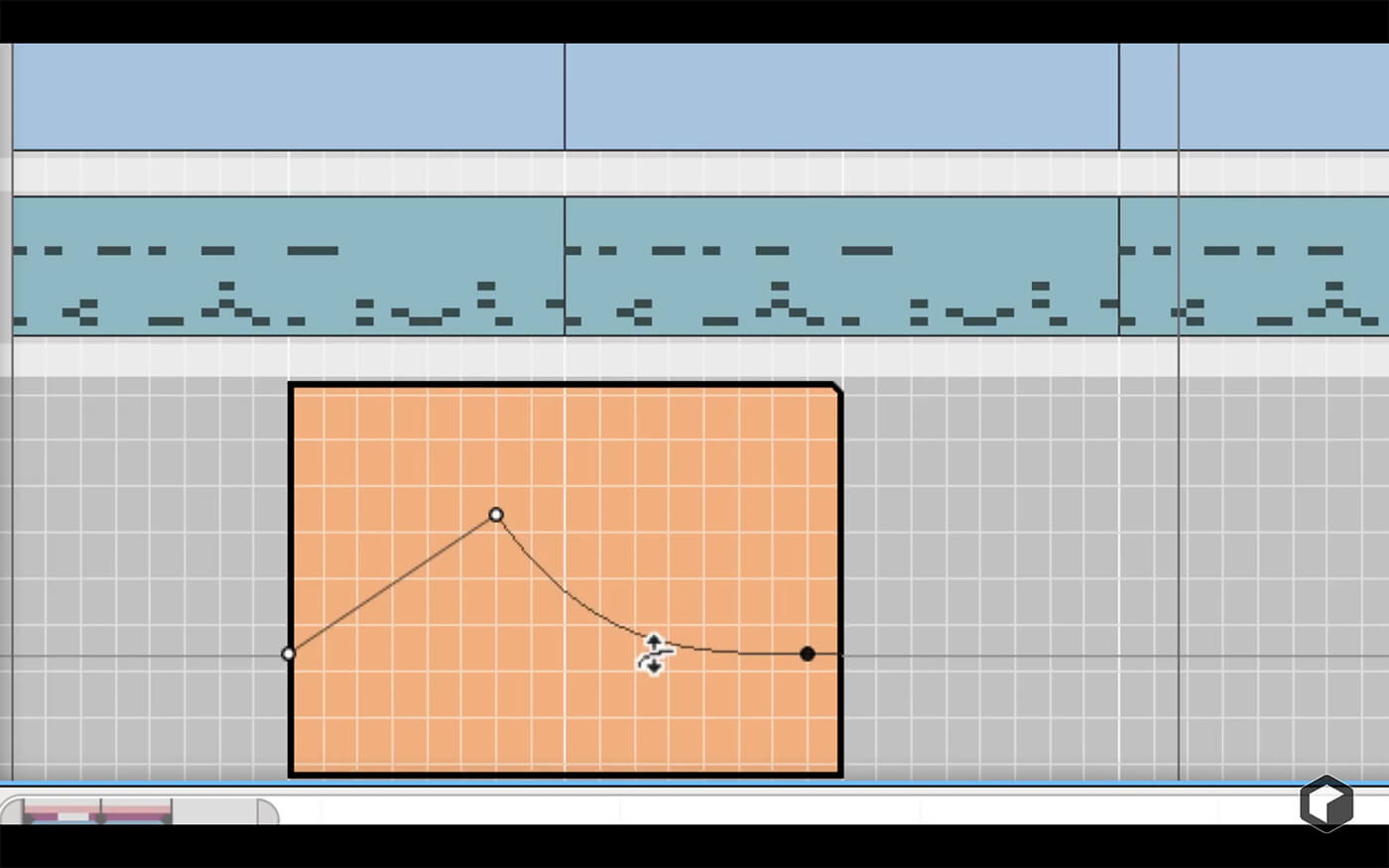 13. Curved automation essentially lets you run smoother transitions of whatever parameters you are automating. It’s possibly one of those ‘thought they had it already’ features, but very welcome nonetheless.

NEW TO YOU Another new instrument for Reason has been announced! Reason 11 doesn’t feature any new instruments, just effects, but Reason Studios – get used to the name, people – has also announced Scenic Hybrid, a $99 atmospheric instrument ideal for soundtrack composers. 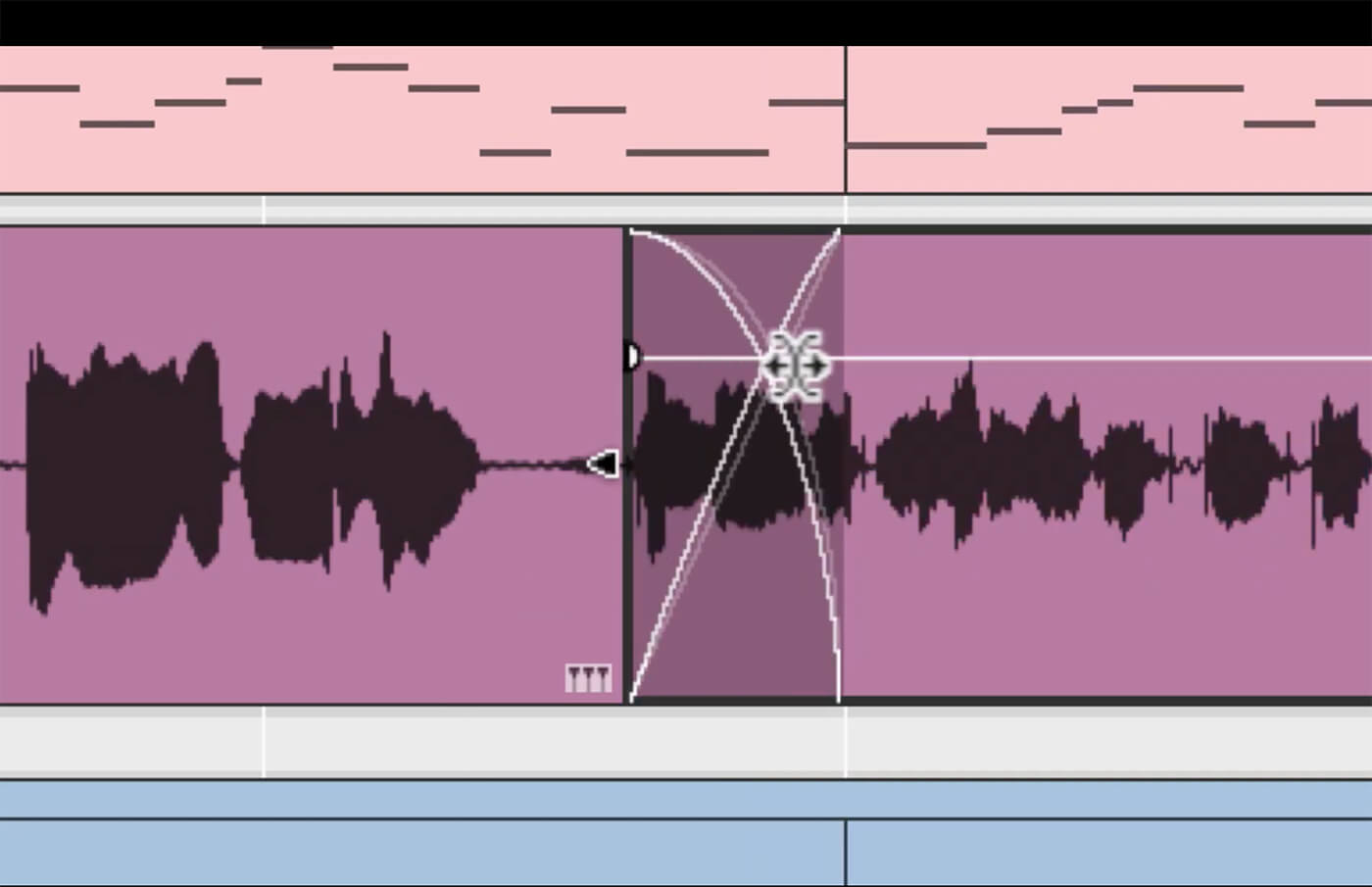 14. Also smoother are transitions between audio files (if you want them to be, that is). Seamless crossfades between overlapping files can be created and edited with ease. 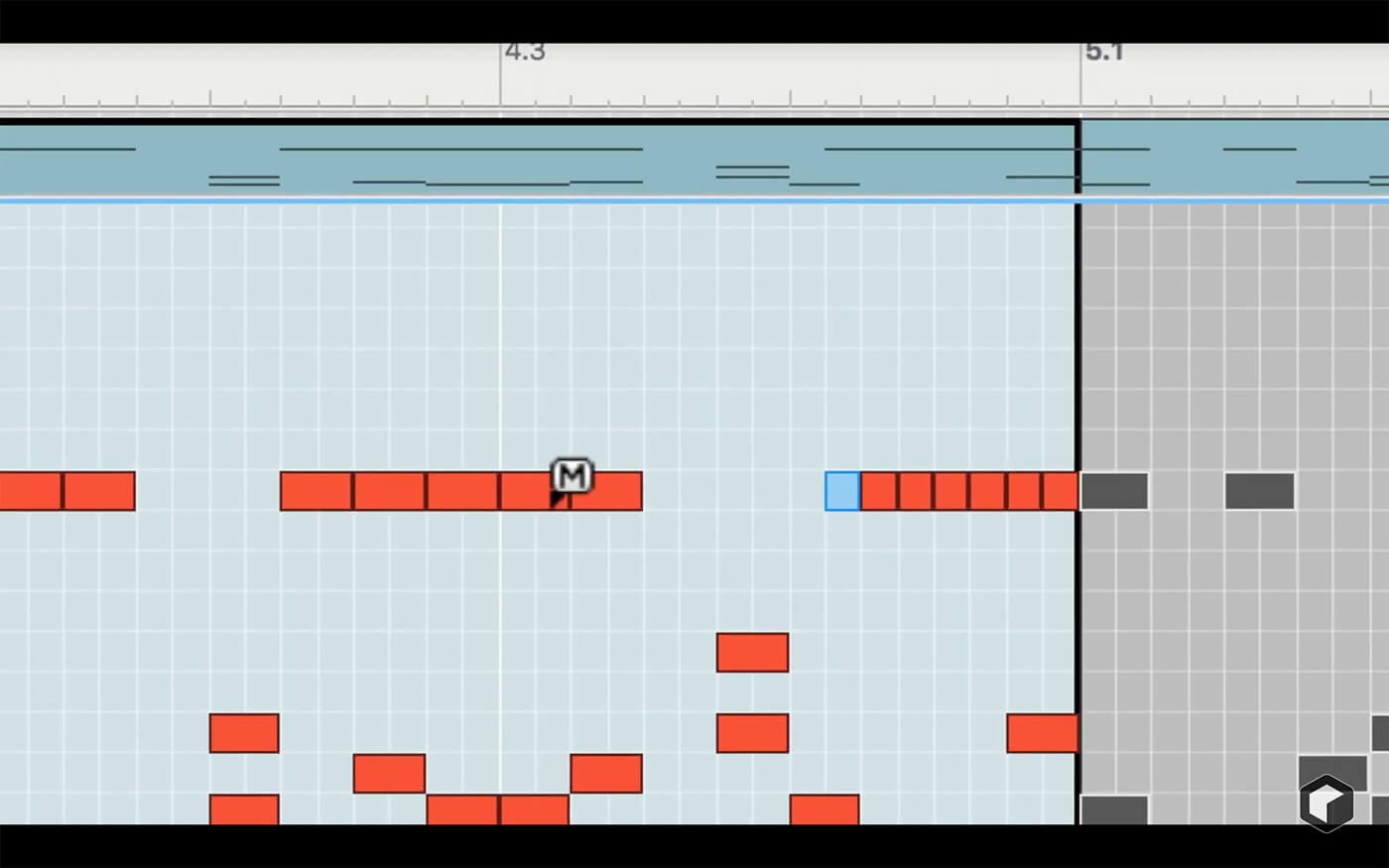 15. Mute MIDI Notes might be another new feature you might have considered an old one, but the flexibility to root out individual or groups of notes has been improved. 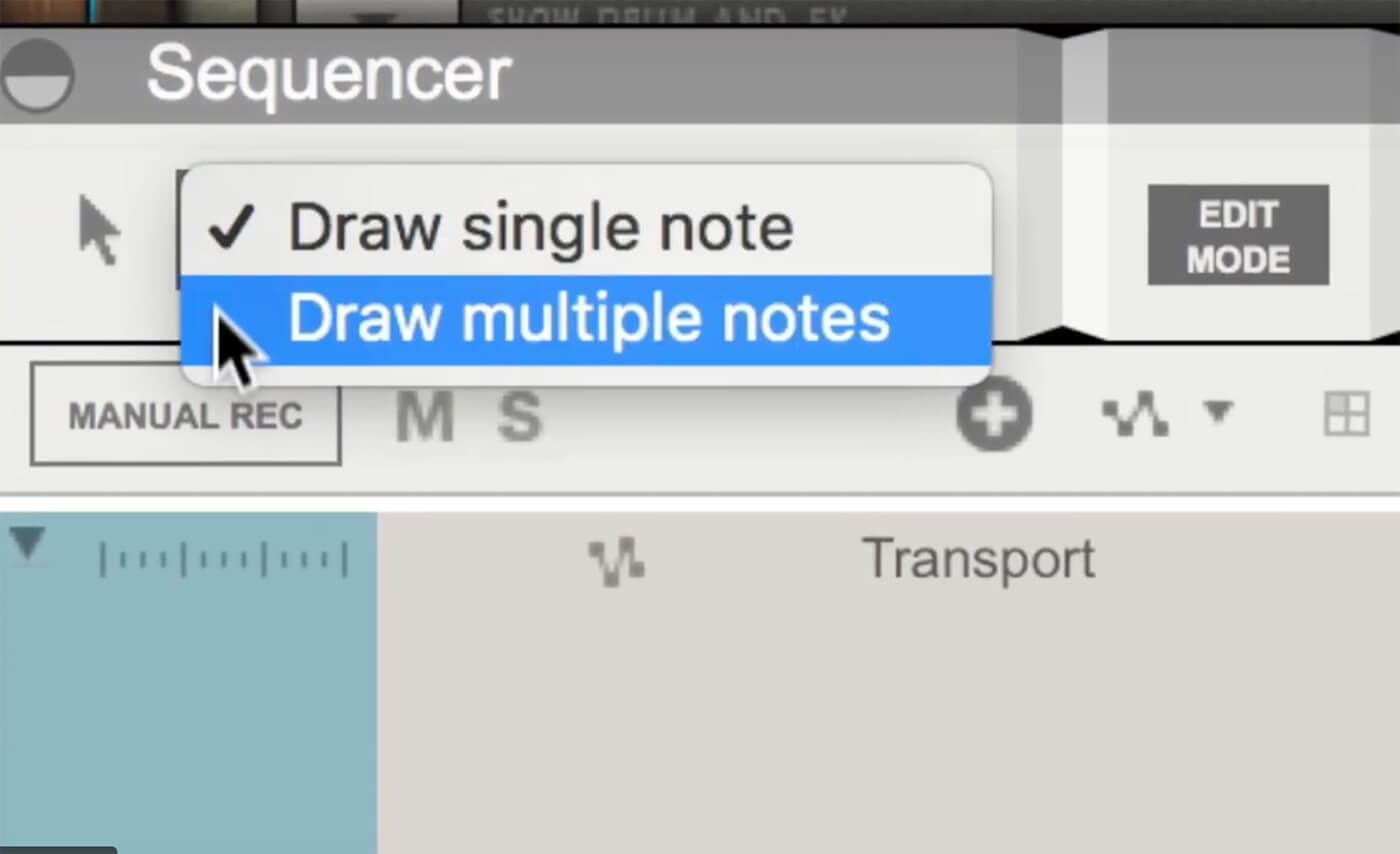 16. Want to draw in multiple notes to save time, or get some machine-gun percussion going? No problem in Reason 11, as this is another new addition to the feature set. 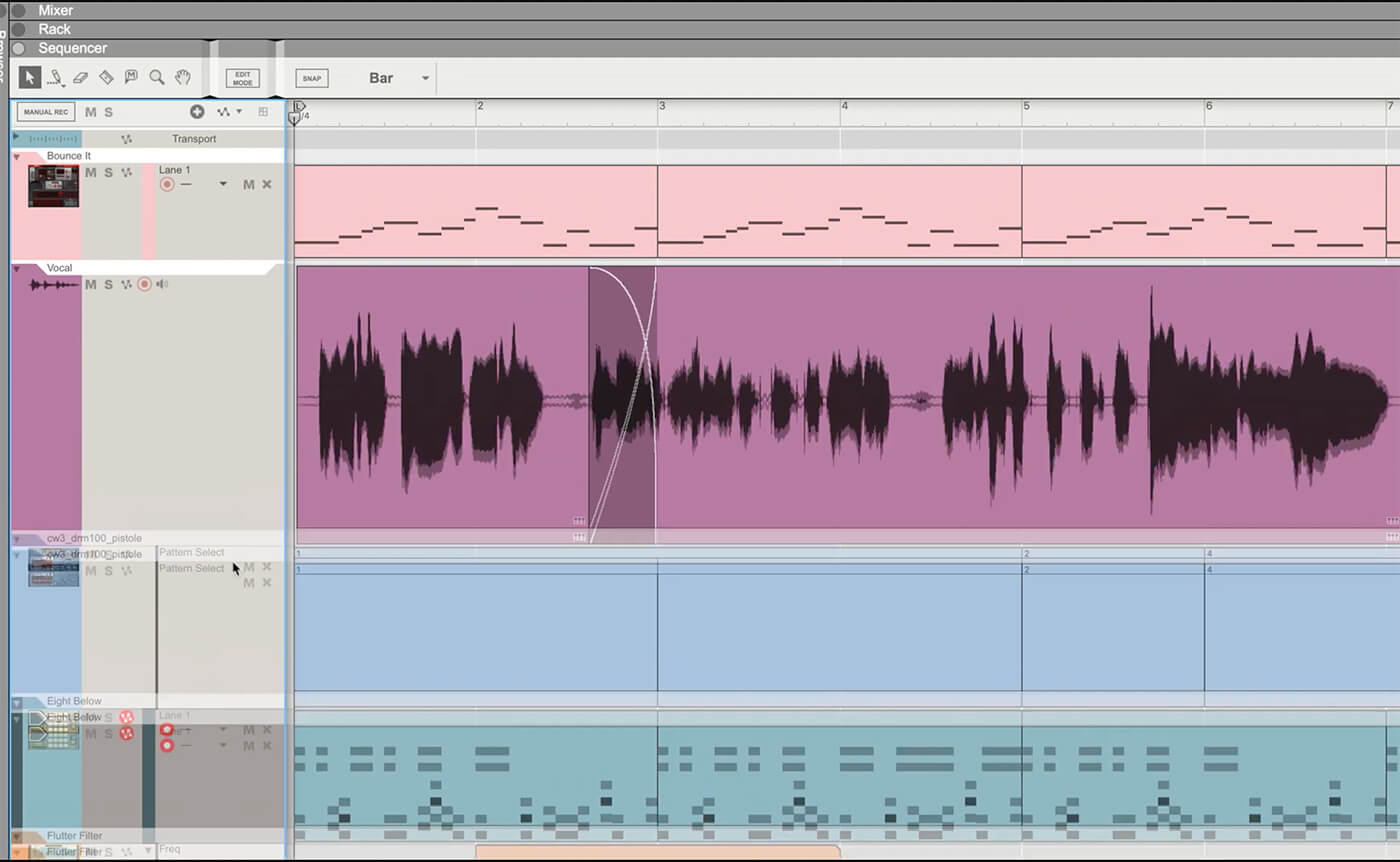 17. Vertical zooming is another new feature that just allows you to smoothly increase the size of an individual track to a greater height, to allow you to make finer edits. 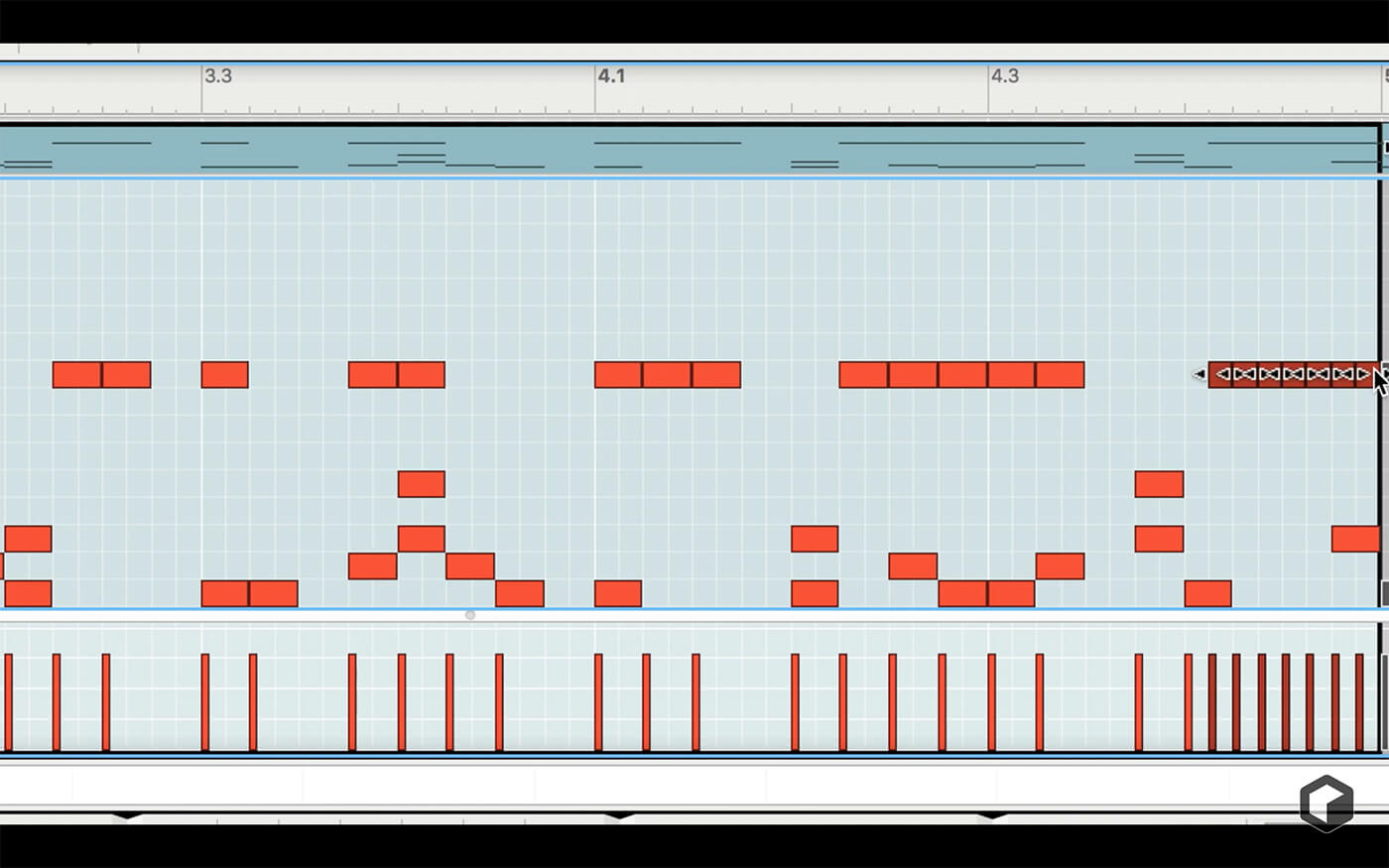 18. Finally, showing played and selected notes in key edit simply gives you a better idea of what is being edited. It’s another useful addition in a set of six that should speed up your workflow in Reason 11.