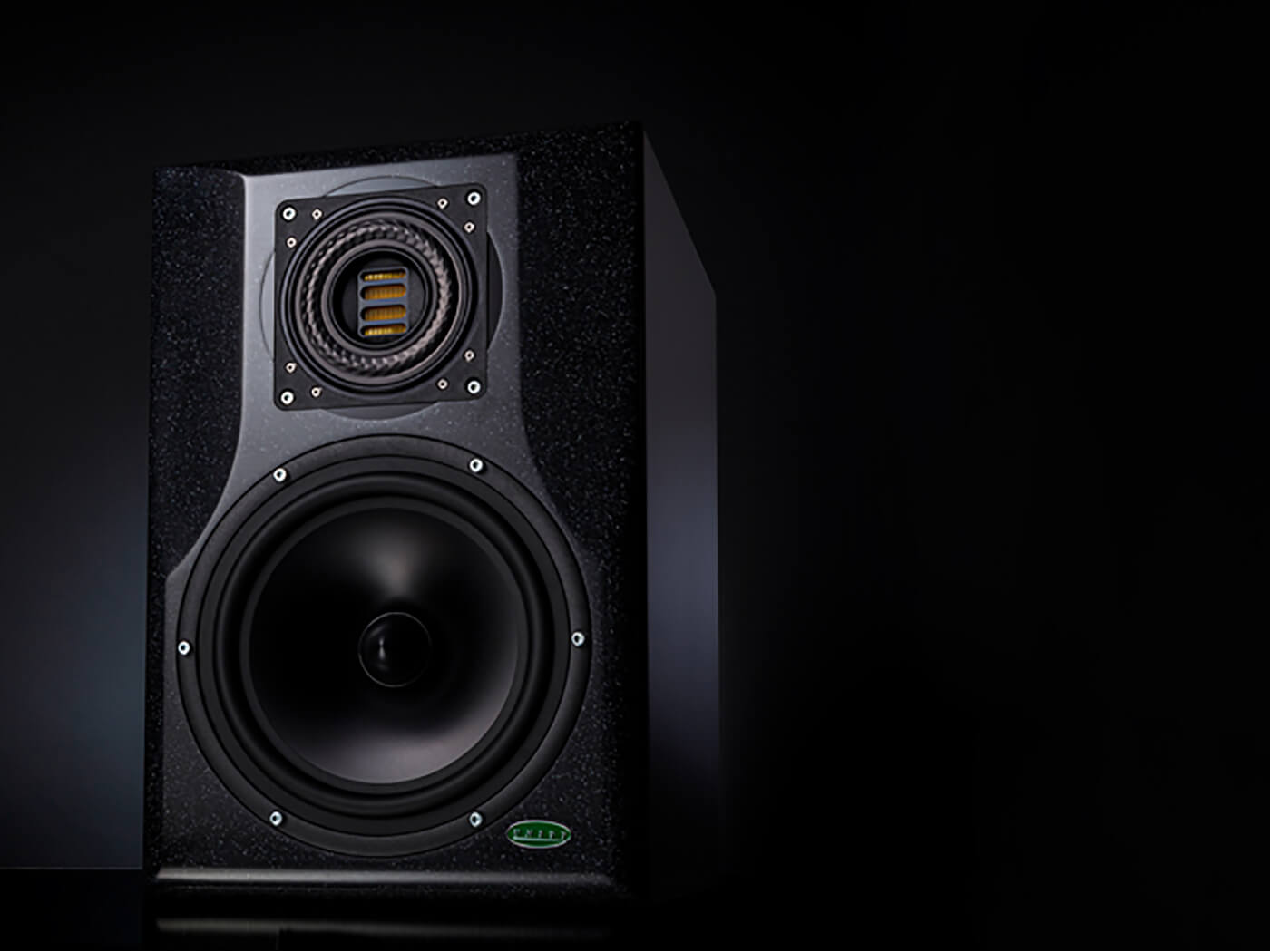 It’s been more than five years since we last put a Unity Audio monitor through its paces. That was the mark II version of the Boulder, which impressed us enough to warrant a coveted MusicTech Excellence award. Here we have the Mini Boulder monitors, which, like their supersized siblings, are three-way active monitors.

The Mini Boulders feature the same electronics and the same mid and high-frequency drivers as the latest mkIII Boulder. The woofers, however, appear to be similar to the SEAS unit from the mkII and, this being the scaled-down version, you get one rather than two low-frequency units in each. But don’t think that the absence of a second low-frequency driver makes the Mini Boulders bass-shy. Far from it, these monitors pack a low-end punch and, with a frequency response of 35Hz to 38kHz (+/- 3dB), they lose only 5Hz of bass extension to the larger monitor.

Fitting neatly between the Rock (another MusicTech favourite) and the Boulder, you might wonder why Unity Audio chose to market these monitors as smaller Boulders rather than supercharged Rocks. The reason is simple: Unity Audio already produces the Super Rock. Sharing a similarly sized cabinet (406 x 268 x 354mm), the Super Rocks sport a simple two-way design that lacks the Mini Boulders’ technologically advanced mid/high-frequency driver array.

Though the mid and high-frequency drivers are separate units, they can be viewed as a singular whole, as the coaxial design means that the tweeters fire from the centre of the midrange drivers. This type of design is known as a point source, and is renowned for both its superior phase coherence and pinpoint imaging capabilities. It’s a concept that Tannoy has employed for decades in its legendary Dual Concentric models, which feature a high-frequency horn firing from the centre of the woofer.

The Mini Boulder’s mid/low-frequency array comprises a five-inch ring midrange unit and a centrally located Elac X-JET 5 folded ribbon tweeter with an ultrasonic upper limit of 50kHz. The X-JET’s folded foil membrane performs like a concertina, moving air laterally in a perpendicular motion. This type of Air Motion Transformer (AMT) design is becoming ever more popular in all types of loudspeaker, particularly studio monitors, as it operates much faster than the pistonic action of traditional dome tweeters, enabling a far more accurate reproduction of high frequencies. This means that both dynamic and transient response is trip-hammer fast and can ruthlessly reveal poor treble quality in any recording. Perhaps this is why fewer domestic hi-fi speakers feature AMT technology, as these transducers do not flatter rough recordings or make for a cozy listen. But flattery will get you nowhere during a busy mix, which is why Yamaha’s NS10s remain popular for nearfield monitoring, with many producers and engineers declaring “if it sounds good on these, it’ll sound good anywhere”.

So much for the broad midrange and treble, the Mini Boulders’ bass performance is exceptional for monitors of this size, both in terms of quality and quantity. Mating a lightning-speed treble unit with a ponderous bass driver would be a recipe for disaster, so the eight-inch woofers have to be fleet of foot to keep pace.

We have likened previous Unity Audio monitors to electrostatic loudspeakers in terms of tonal accuracy and coherence because, much like the X-JET 5 tweeter, their ultra-thin panels move air more efficiently and effortlessly than conventional drivers. One aspect of electrostatic replay that sometimes falls short is their low-end performance, as bass tends to drift from them with a distinct lack of slam. The Mini Boulders cannot be criticised for their lack of low-end welly, as they reproduce basslines with deep precision. There’s no boxy one-note overhang or flabbiness. Instead, you get tuneful bass in the correct proportions to the rest of the frequency range.

Helping the hefty but taut bottom-end quality is the Mini Boulder’s infinite baffle (sealed-box) design, which does not make use of a bass-reflex port. Ported monitors increase bass quantity (but not necessarily quality), however, it makes them more room- and placement-dependent than Unity Audio’s environmentally friendly designs.

The monitors’ cabinets are constructed from 18mm Baltic birch plywood, with a 30mm corian front baffle. Corian is an extremely dense material with exceptional rigidity, which effectively eliminates unwanted cabinet resonances here. All the Unity Audio monitors we’ve tested use this material, which is more commonly used to make kitchen worktops. It looks smart too, the speckled finish lending the monitors a stylish appearance to reflect their price. No-one looking at (not to mention hearing) these would mistake them for budget monitors.

Like most modern monitors, the Mini Boulders boast an active design with onboard amplifiers and, just as the drivers make use of two different types of transducer technology, two amplification topologies are employed here. The mid/high-frequency coaxial driver array is powered by two of Unity Audio’s custom 100-watt amplifiers with dedicated power supplies. These are conventional Class A/B solid-state designs, however, the eight-inch woofer is powered by a beefy 300-watt Class D amplifier. It’s a common misconception that Class D stands for digital. That’s not the case; this type of amp has been around since the 1950s. Sometimes referred to as a switching amplifier, Class D’s solid-state technology operates like an electronic switch, rather than a linear gain tool, and they are extremely efficient, delivering authoritative levels of low-end control.

And control is the first word that springs to mind when hearing the Mini Boulders. Every aspect of their sound profile is spot-on. Powerful Class D amplification keeps a vice-like grip on low frequencies for some of the gutsiest yet fluid bass we’ve heard from monitors of this size. This is proper grown-up bass too. There’s no artificial fleshing out of bass-shy recordings but, when deep bass is evident, the Mini Boulders deliver it. If you do hear any muddiness or tubbiness in a recording, that’s probably a result of the mix, not the monitors, which means you can do something about it.
Moving seamlessly through the frequency spectrum, the Mini Boulders continue their control with an epic walk-around sound stage. Instruments are precisely located in terms of both width and depth, making the use of reverb and other ambient cues easy and predictable. The overall stereo imaging is spot-lit and spacious.

There’s control at your fingertips too, as +/- 2.5dB adjustment is available for the midrange, from 700Hz to 2.5kHz for boost or cut in the presence region, while a similar level of adjustment controls a 10kHz shelf EQ filter. We mostly listen to the monitors set flat but the 10kHz boost adds sweetness.

We love the accuracy and control of the Mini Boulders. They can be brutally honest at times but that should inspire you to produce better recordings. Sure, this is an expensive pair of monitors but quality comes at a price. Could the Mini Boulders be some of the best eight-inch driver-equipped monitors we’ve heard to date? They certainly could.