Wireless audio in the studio has always meant compromise… until now. Could this new headphone system finally free you from your desk? 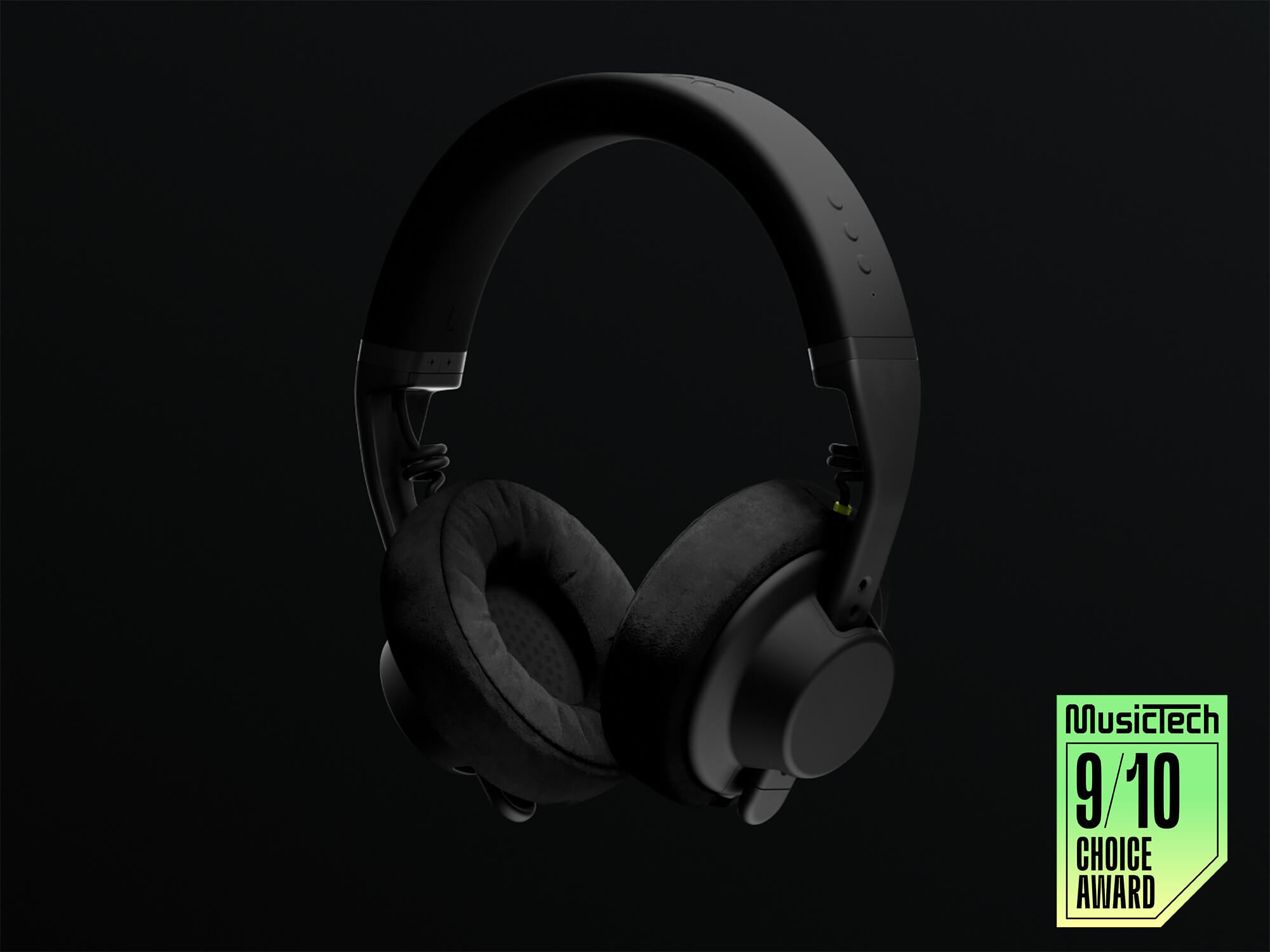 
Although wireless audio products now saturate the consumer market, most of the pro audio world has remained resolutely wired when it comes to monitoring and recording. There are two reasons for this: bandwidth and latency. The vast majority of wireless headphones and earphones use Bluetooth to communicate – a protocol that was never designed for the highest possible resolution of audio. As powerful as Bluetooth codecs have become, they all compress sound before transmitting it. From a producer’s perspective, this means you’re not hearing your recordings at maximum fidelity. Why record at 96kHz, 24-bit only to listen to it back at meagre bit rates?

Latency is even more problematic. Developers have spent years eliminating latency in recording systems so that, when you are recording, there’s no lag between playing or singing a note and hearing it back through your headphones. Anyone who has experienced latency knows it makes live recording nigh-on impossible. Use Bluetooth monitoring with even a high-end system and you’re going to reintroduce that latency. AIAIA’s TMA-2 Studio Wireless+ headphones, designed in collaboration with lauded electronic producer Richie Hawtin, have been designed to get around both these issues. 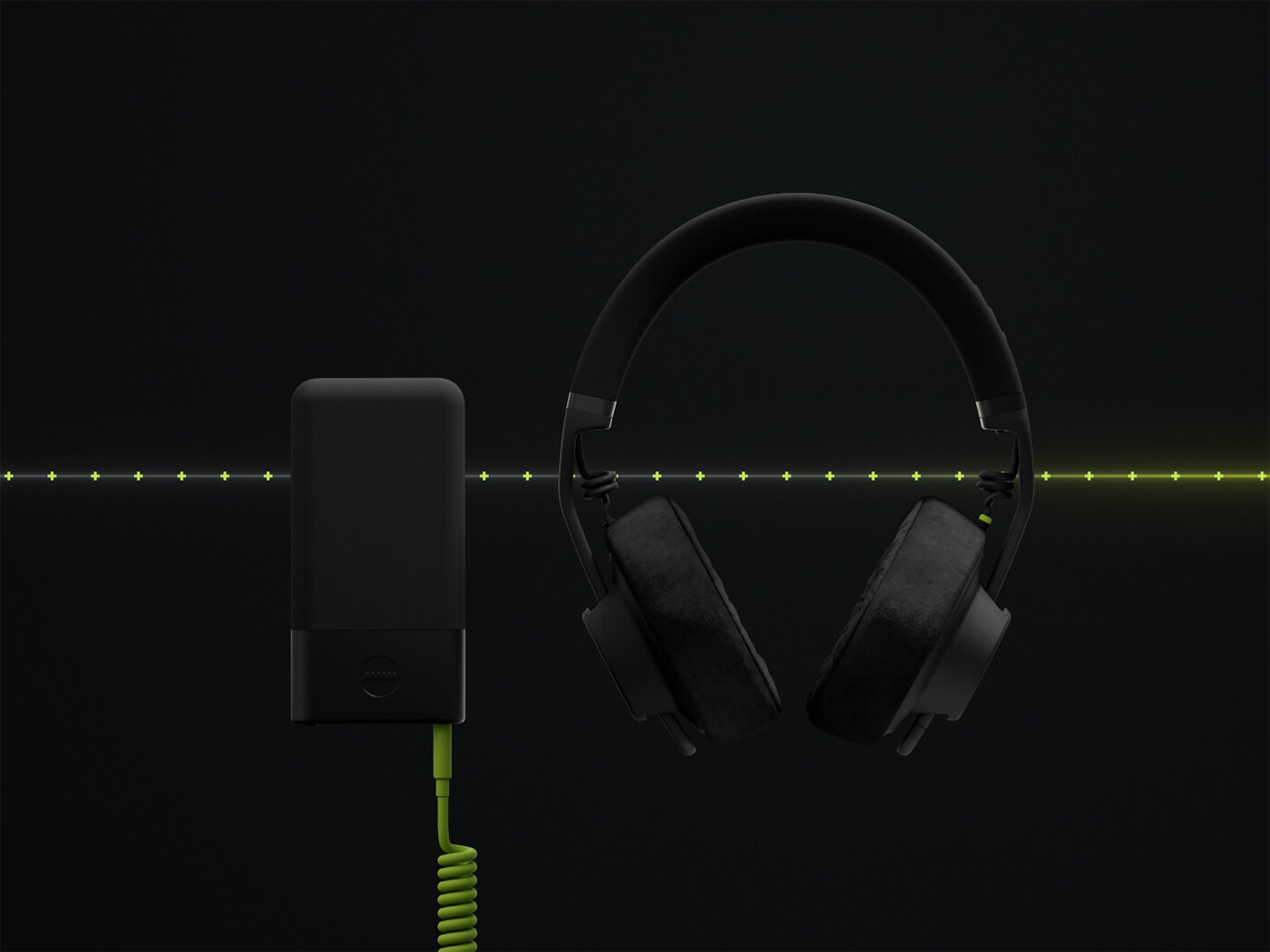 The TMA-2 Studio Wireless+ headphones use a dedicated wireless transmitter to establish a high-bandwidth 2.4Ghz wireless connection between the cans and the computer or mixer. Thankfully, it’s entirely independent of any computer wi-fi networks, unlike some tech products that require you to switch away from your broadband to establish a connection. They also have Bluetooth and wired capability, with codecs SBC, AAC and W+ Link Lossless.

The headphones come as a kit, packed in separate plastic envelopes. The company’s philosophy states that should any component ever need replacing this is easy to do without replacing the whole package. Assembly takes just a few seconds and the build is elegant, with a smooth but solid finish. They’re lightweight at just 270g, grip your head firmly but gently, and are comfortable for long listening sessions. The ear cups are made of Alcantara which is supremely soft.

Both the headphones and the X01 wireless transmitter charge over USB-C, and there’s a USB-C to USB-A cable supplied, though no C-to-C cable included. Quoted battery life is 30 hours for the transmitter on a three-hour charge and 16 hours for the headphones on wi-fi on a two-hour charge, or up to 80 hours when using them in Bluetooth mode. Plug the included coiled cable into either of the ear cups and they work just like regular wired headphones.

Setting up is pretty straightforward after a quick read of the guide. Buttons on both units cause them to pair – though the review model seemed already to have paired itself – with a small switch on one side of the phones toggling between wi-fi and Bluetooth modes. Bluetooth pairing uses the same approach as any headphones.

The transmitter connects to the headphone output on your computer, audio interface or mixer using a short audio cable and you get quarter-inch adapters to cater for all eventualities. Visual feedback is basic but functional, with LEDs on the transmitter showing battery level and pairing status, and a light on the band indicating battery, mode and pairing status. The band has three buttons on it which are used for volume and media playback control. 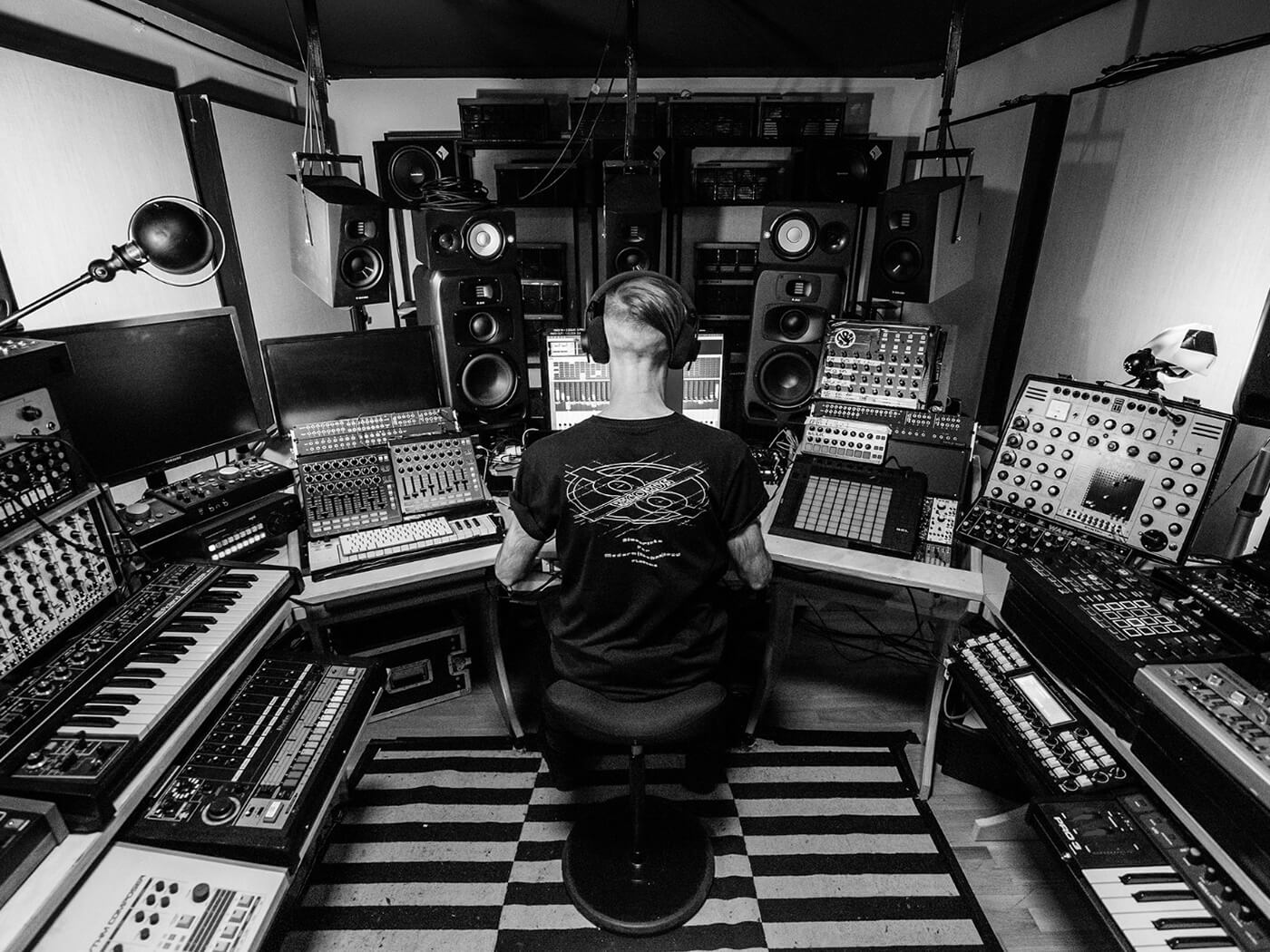 The company explains that it achieves an impressive 16ms of latency thanks to the W+ Link audio codec and using two antennas to broadcast to the headphones multiple times in parallel, helping to ensure not just a lag-free connection but also a robust one without dropouts, and a range of 12 metres. It also switches radio bands automatically and, unlike Bluetooth, it’s a one-way connection which enables the full bandwidth to be used for transmission, enabling uncompressed audio at up to 1500kbps to be streamed to the phones. The bit rate of a CD, for reference, is 1411 kbps.

In practice, this works fantastically, and it was liberating to be able to move around a studio freely while still being confident that any recordings from a mic, guitar or other instruments (via a DI box) wouldn’t experience monitoring latency. You’re not limited to being only as far from the mixer or computer as your headphone cable allows, which is of course the whole point here.

One initial bug was that in wi-fi mode, the headphones exhibited some background hiss when turned up high that wasn’t present in Bluetooth or wired modes. The company recommends turning the phones down on-body to a point it disappears, then raising your source volume accordingly. This worked, though in Bluetooth and wired modes we could pump the phones’ own volume controls to the max without getting any hiss. 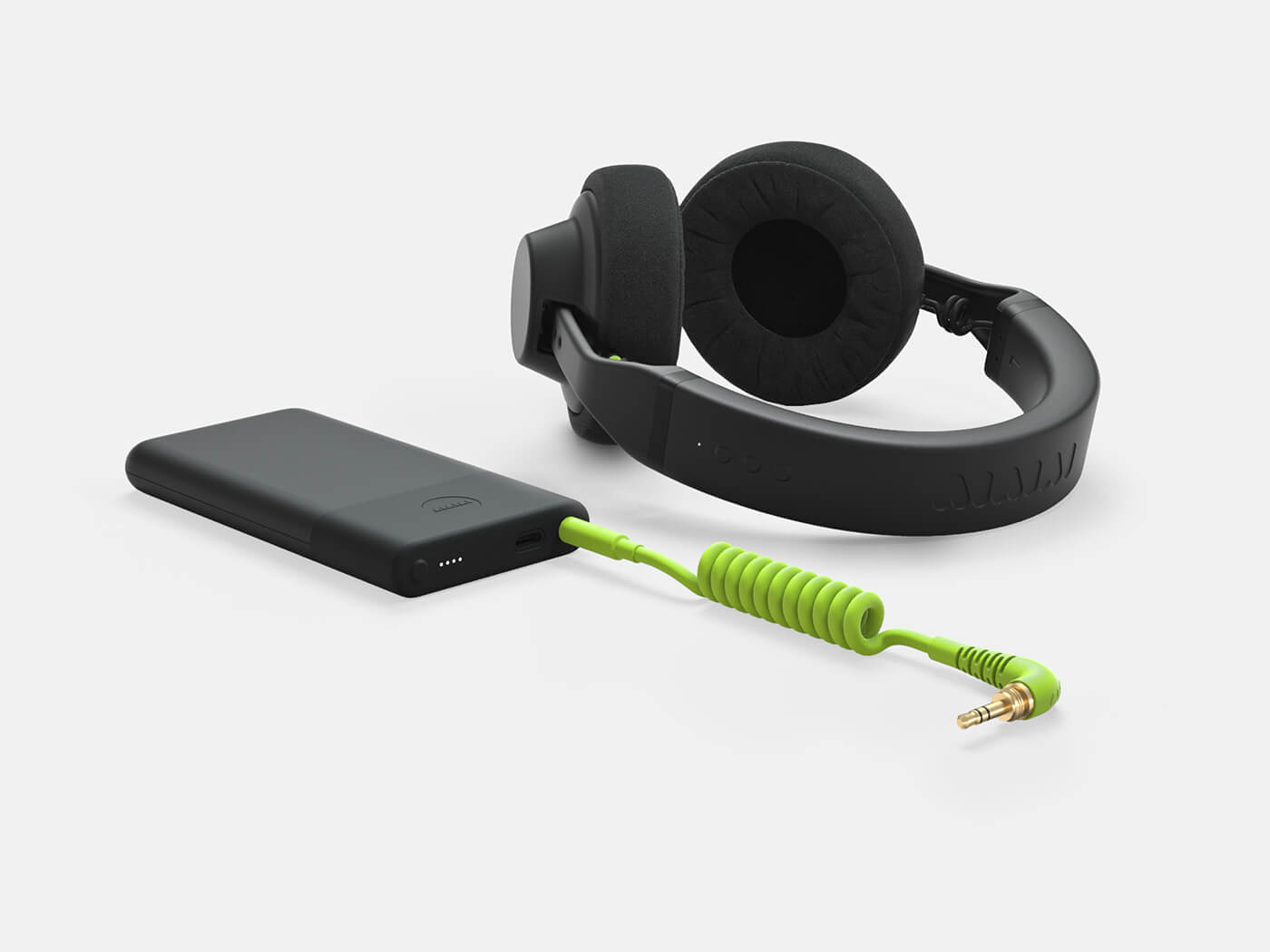 Internally, the drivers are the same as the regular TMA-2 Studio model. This includes 40mm Neodymium drivers with 97dB sensitivity, 32 ohm impedance and a range of 10Hz – 40kHz, a 40mW rated power and 100mW max power. Sonically, they boast a rich but balanced soundstage, a reassuringly solid bottom end that is nonetheless tightly controlled and even, and a highly accurate character.

The extent to which you hear the higher bandwidth on wi-fi depends on your source material. Playing back from Spotify, your source is already compressed. Monitoring from Logic or Cubase, however, the bit rates are much higher and there’s definitely more depth and sheen. Overall fidelity is noticeably clearer. Then there’s the ultra-low latency while maintaining the freedom to move around, which is very welcome.

One of a kind?

These are $100 more than the wired-only Studio model and for that, you’re not just adding Bluetooth but also this unique wi-fi element and the transmitter hardware. There are precious few such solutions tailored to producers, with most 2.4Ghz models aimed at gamers or home cinema buffs. As such, if you crave the freedom to move while recording or mixing, freed from the desk while still enjoying high-fidelity, latency-free monitoring, these are an excellent choice. 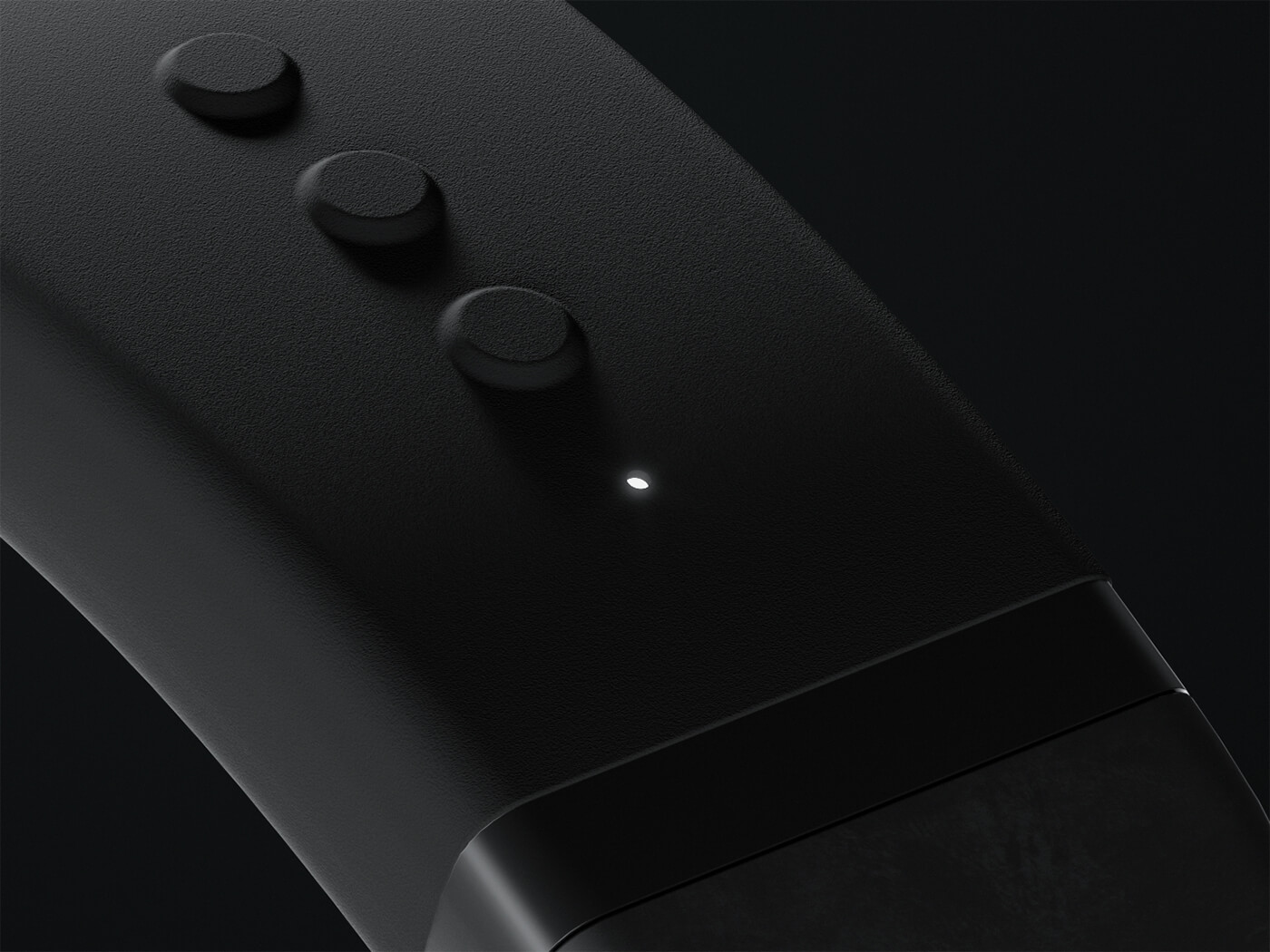