The Black Stereo Delay distils the core features of a delay into a single Eurorack device while providing three distinct flavours. We turn to the dark side. 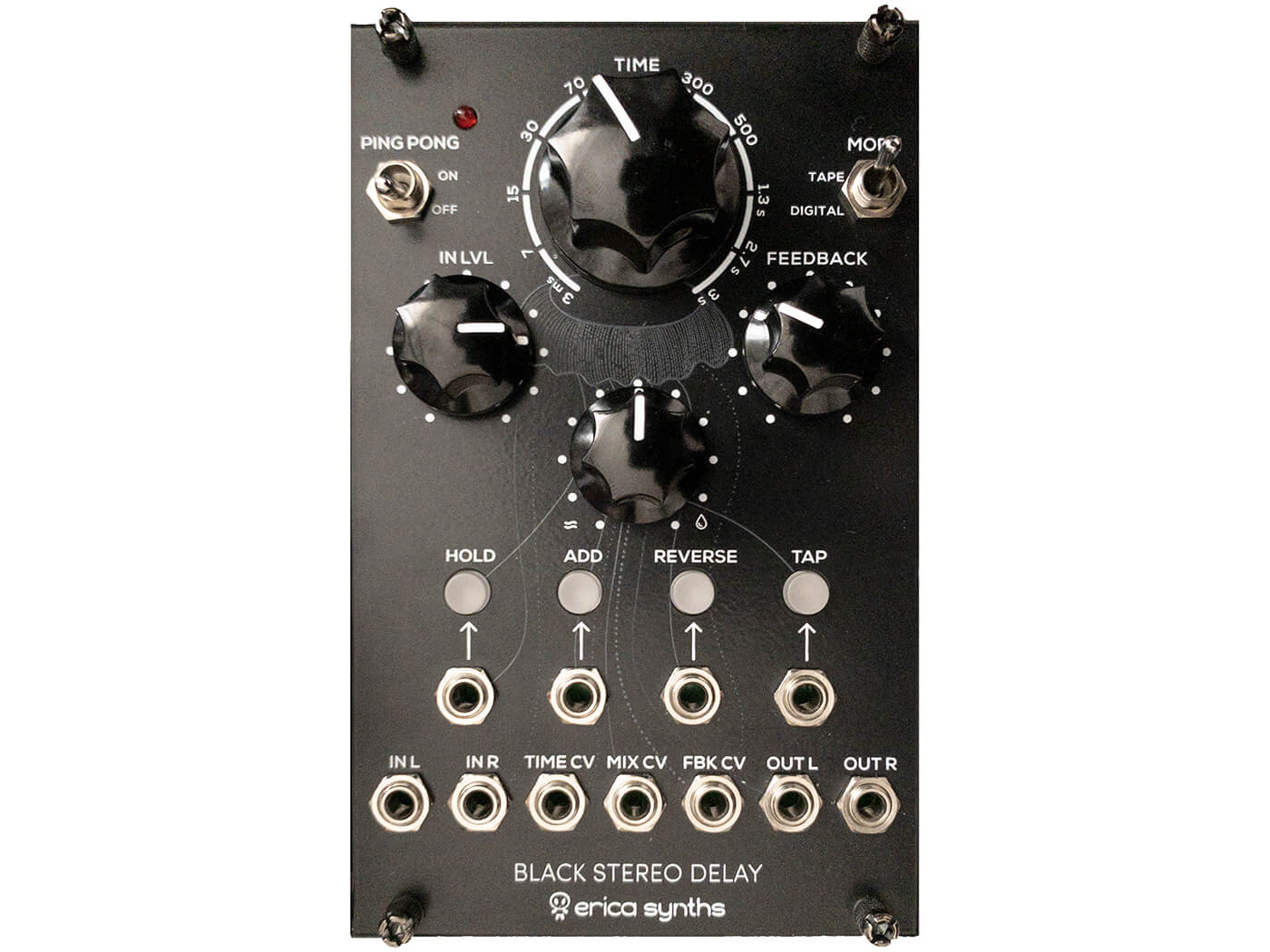 If Doepfer is the gold standard of Eurorack modules, then Erica Synths are on the cooler, punkier end of the modular spectrum. This team of Latvia-based engineers have been steadily producing some of the most innovative modular gear to fill your HP space, creating a steady flow of devices that seem to fit the modular synth zeitgeist perfectly. This year, at Superbooth 2019, Erica Synths debuted several new modules, including this, the Black Stereo Delay. The company already boasts several different delay modules, so what makes the Black Stereo Delay unique and why might you need one?

The Black Stereo Delay is part of the Erica Black series, a group of modules developed to focus on high-end quality, unique functionality and performance usability. The sleek black panel and matching black knobs used across the series are easy to spot in a modular setup. In the case of the Stereo Delay, there is an elegant symmetry of four dials, two switches, four Buttons, one red LED and 11 patch points, all spaciously arranged in 16HP. Due to it being a stereo device, there are stereo input and output jacks. If you want to use a mono input, connect it to the left input jack and the audio signal is normalled to the right input, too.

The largest dial is used to adjust the delay time. The delay time range is from an incredibly short 3ms to a lengthy but useful three seconds. The scale goes from 3ms to about 200ms (at 12 o’clock) and then the delay time scale elongates to accommodate the remaining delay time settings, from 200ms to 3000ms. This scaling allows for acute precision when dialling in flanging, chorus and other delay sweet-spots in a live or studio scenario. The three smaller dials are for the input volume, dry/wet control and delay feedback.

The two switches allow you to change between the three modes of the Stereo Delay easily. These modes are Tape, Digital and Ping Pong. The four buttons activate various other functions such as Hold (where the delayed sound is retained in the buffer so long as Hold is active), Add (an overdub function when Hold is active), Reverse (which reverses the delay tail) and Tap (used to synchronise the delay to a bpm by tapping the button). Directly below the buttons, there are the respective CV inputs. There are also three further CV inputs for the delay time, the dry/wet mix and the delay feedback. Finally, there’s a small red LED that lets you know if the input or output signal is clipping, for which there’s a soft-limiting compression circuit implemented in the unit.

What’s most striking about the Stereo Delay is how the simple interface begs to be manually manipulated and effectively patched. There are no ‘under the hood’ features that require complex button combinations or cheat sheets you’ll need to stick to your studio wall. It’s distilled down to the essentials and holds up the core statement of the Black Series that modules should have dedicated functions and complement performance.

From Lativa with love

A simple interface and knob-per-function controls for a module may not sound that out of the ordinary, but the actual sound of this delay module is otherworldly. The custom DSP engine has been specially designed from the ground up by Erica Synths in collaboration with Tim Pechersky of Useful Circuits. It boasts a 24-bit/48kHz sample rate and, to my ears, sounds gorgeous.

As a first patch, I route the faithful do-it-all Mutable Instruments Plaits module into the Stereo Delay. I set the module to tape mode with the delay time control at its minimum, the dry/wet control set to fully wet and the feedback at 12 o’clock. Slowly moving the delay time dial between 3ms and 15ms achieves some terrific flanging effects along with the smooth, zippy sound of the DSP tape-delay emulation.

Moving the delay-time dial beyond 15ms and reducing the dry/wet mix to about 50 per cent and the feedback to 10 o’clock, the Stereo Delay behaves like a spacious stereo chorus, adding depth and width to a simple oscillator sequence. By moving the delay-time dial further clockwise into delay territory, the tape delays it creates are clear and have a great stereo image.

Dub my glitch up

The three modes make the Black Stereo Delay a tremendously versatile unit – almost like having three modules in one. The difference between the tape and digital modes is most noticeable when adjusting the delay dial. The tape delay provides a smooth tape-style transition between times, whereas the digital mode creates more audible, but musical, digital artefacts. The delay has a stereo-spread mode, too. By holding the Add button and turning the delay dial, extra delay time can be added to the right channel, taking advantage of the available stereo image and giving sounds a greater width. The ping-pong delay mode provides lovely delayed panning in the left and right speakers, livening up a sequence with gentle stereo movement.

The other additional functions are achieved using the four buttons on the interface. The Tap button provides an easy way to sync the delay to a tempo and you can feed the CV input below a CV/gate signal for perfectly synced delays. This is another excellent performance feature of the delay module. You can play with delay time to have some FX pandemonium and as soon as you stop, the delay faithfully follows the pulse of the Tap CV input.

The Hold and Add buttons, meanwhile, turn the Stereo Delay into a sound-on-sound-style delay looper. By pressing and holding the Hold button, or triggering it via the CV input, you can record up to 20 seconds of audio into the memory buffer. The looping of the recorded buffer starts as soon as the button is released. The Add button allows you to record overdubs and add more layers to the recording. This feature is extremely powerful. I could spend hours experimenting with recording loops while adjusting the input level dial to set the volume of overdubbed material. At first, 20 seconds may not sound like a lot of recording time, but I was pleasantly surprised at how creative one can get with this limitation.

Having the ability to control all of the buttons via CV input means that, with the help of some modulation sources, you can quickly create some very complicated patches for unique sound design from a seemingly minimal module.

The only disadvantage is that the module doesn’t have any attenuators, so CV signals need to be tamed first unless you are going for the wilder side of musical mayhem. However, if attenuators had been added to the module, then the well-spaced interface would have been compromised. On the topic of controlled mayhem, one successful pairing involved using the Erica Synths Octasource as a modulation source, with all CV outputs routed to all possible CV inputs of the Stereo Delay. The result was a morphing experimental collage of sounds that prove that the delay is capable of some outlandish sound design – and all without complex patching.

The Stereo Delay does have a moderate price tag, but I believe it is justified. After a few days of intensive use, it was hard not to use it when patching. I already own several delays, but this one has won me over with its cool, black minimal charm, sleek interface and sophisticated sound. The module sounds like a stereo delay, but plays like an instrument. It’s a refined piece of engineering that’s heralding the new stereo era of the Eurorack evolution.

In the Eurorack world, there’s absolutely no shortage of delays (216 on Modular Grid at last count). Analogue, BBD, digital and tape-emulation delay devices are freely available in all possible HP widths. However, as more Eurorack manufacturers are creating stereo devices and stereo imaging opens up the modular sound landscape, there are, surprisingly, not that many dedicated stereo-delay modules. The Erica Synth Stereo Delay is not only stereo but generates a pristine delay sound, doubles as a 20-second looper with overdub functionality and possesses an easy-to-use interface. The simplicity of the module is part of the charm. It’s practical, musical and still capable of sophisticated sound design with the help of some creative patching. If you’re looking for a stereo delay to liven up your patches, then look no further! 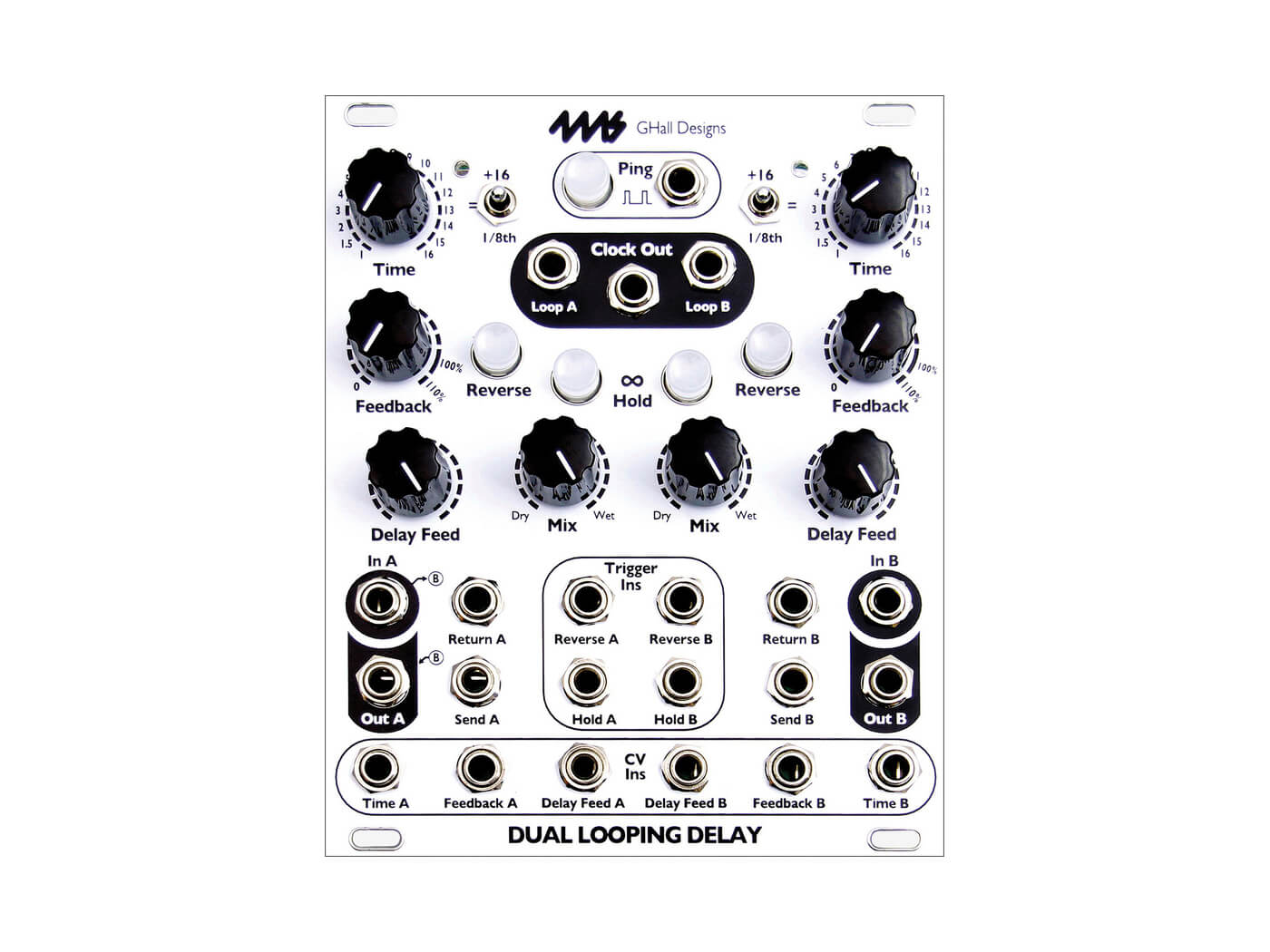 This digital delay also has stereo capabilities but has two independent delay/loop channels. It’s also a little more complex than the Black Stereo Delay and has no tape-style delay character. 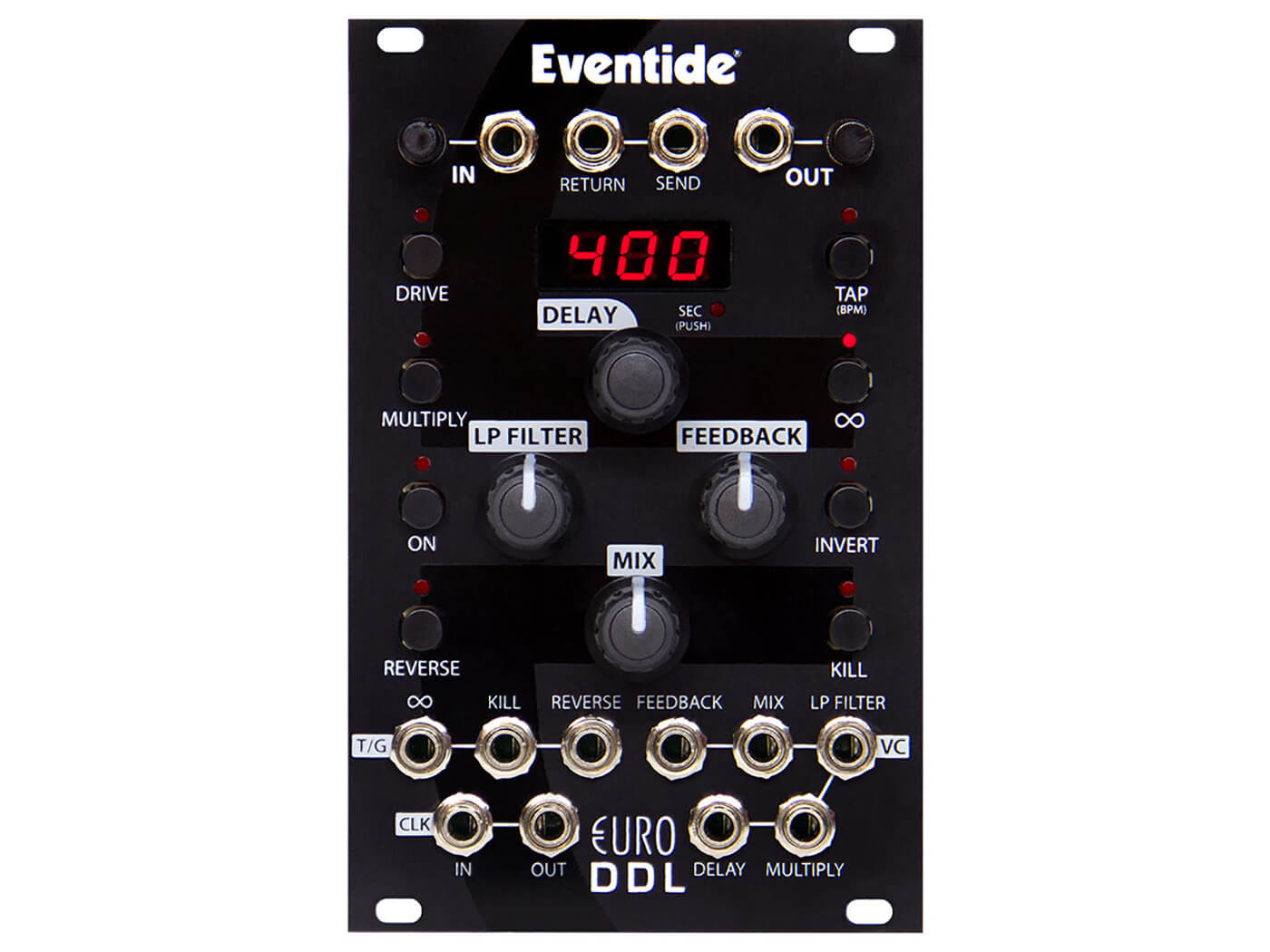 This digital delay also offers soft-saturation clipping, paired with high-quality 24-bit/192kHz processing and a variable low-pass filter, but has no stereo functionality. By dropping the sample rate, you can get 160 seconds of delay out of it.