Core 7 is the 2-way and entry-level speaker in Dynaudio’s top-end monitor range. Is it as good as its much larger and more expensive sibling? 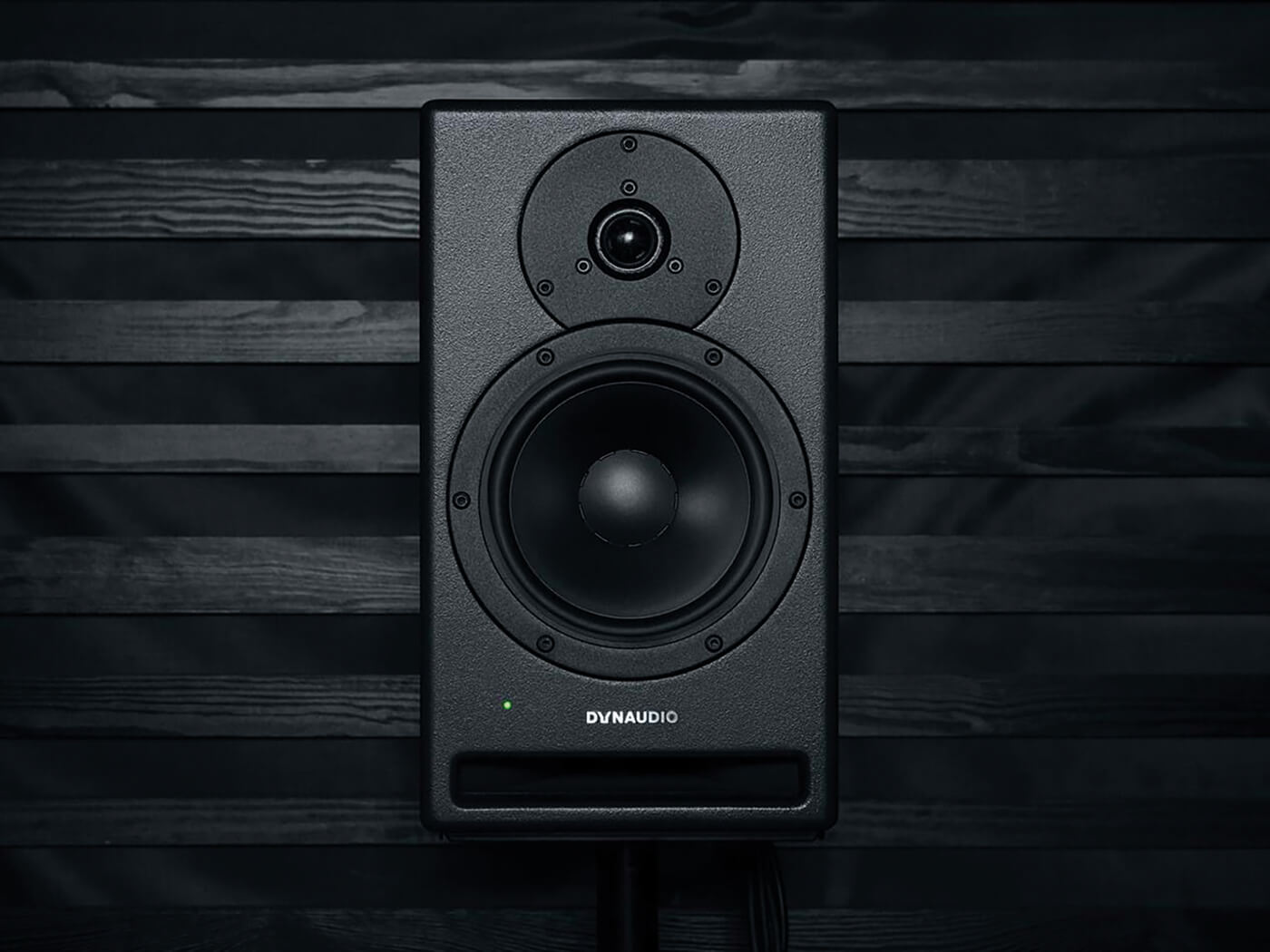 I looked at the massive, 3-way Core 59 from Dynaudio in last month’s MusicTech. This is an incredible 3-way speaker from the Danish experts that is designed for large studios, delivering a very wide sweet spot for multiple listeners in big spaces. 59 is a super-loud and accurate monitor and it sounds, quite simply, incredible. At the best part of five grand for a pair, though, it probably should. There’s also the small matter of the huge size. Most studios aren’t the size of Real World and require space to be filled with power, and most studio owners don’t have a huge amount of cash to splash.

This time around, then, we’re looking at the smaller and cheaper option in the Core range. The 7s deliver some of the best bits of the 59, but in a smaller and more wallet-friendly package. If you have a medium-sized studio, it could be the monitor you are looking for.

That’s not to say that 7 is in any way what you might call compact. It still weighs in at close to 15kg, although that is a good 10kg less than the 59. It’s a sizable speaker too, although whereas the 59s were too big for my reasonably-sized room, the 7s definitely suit it more. I’d say they are good for larger compact set-ups and medium-sized studios.

Other than that, the 7s do share some of the 59’s other attributes, including the amps, so you get a fulsome 500 watts for the woofer and 150 watts for the tweeter, although the bass speaker is seven inches in diameter so two inches smaller than that on the 59. The tweeter appears to be the same, though, using the same Hexis system – a separate membrane behind the main tweeter to cut down airflow and reduce resonances – and is designed to help deliver what Dynaudio claim is “jaw-dropping imaging and transient detail, and effortless high-frequency response”. Well, we shall see…

More and more studio monitors are coming with some type of room correction feature, either in the form of a self-adjusting microphone/response system – where a mic measures the frequency response of your room and the speakers adjust accordingly – or more traditional dip switches that you can adjust manually. While the price of the Core range would suggest the former, more automated option, it’s actually the latter that you get with the 7s. No matter though, because they come with more manual options than most speakers, including two important Position switches. 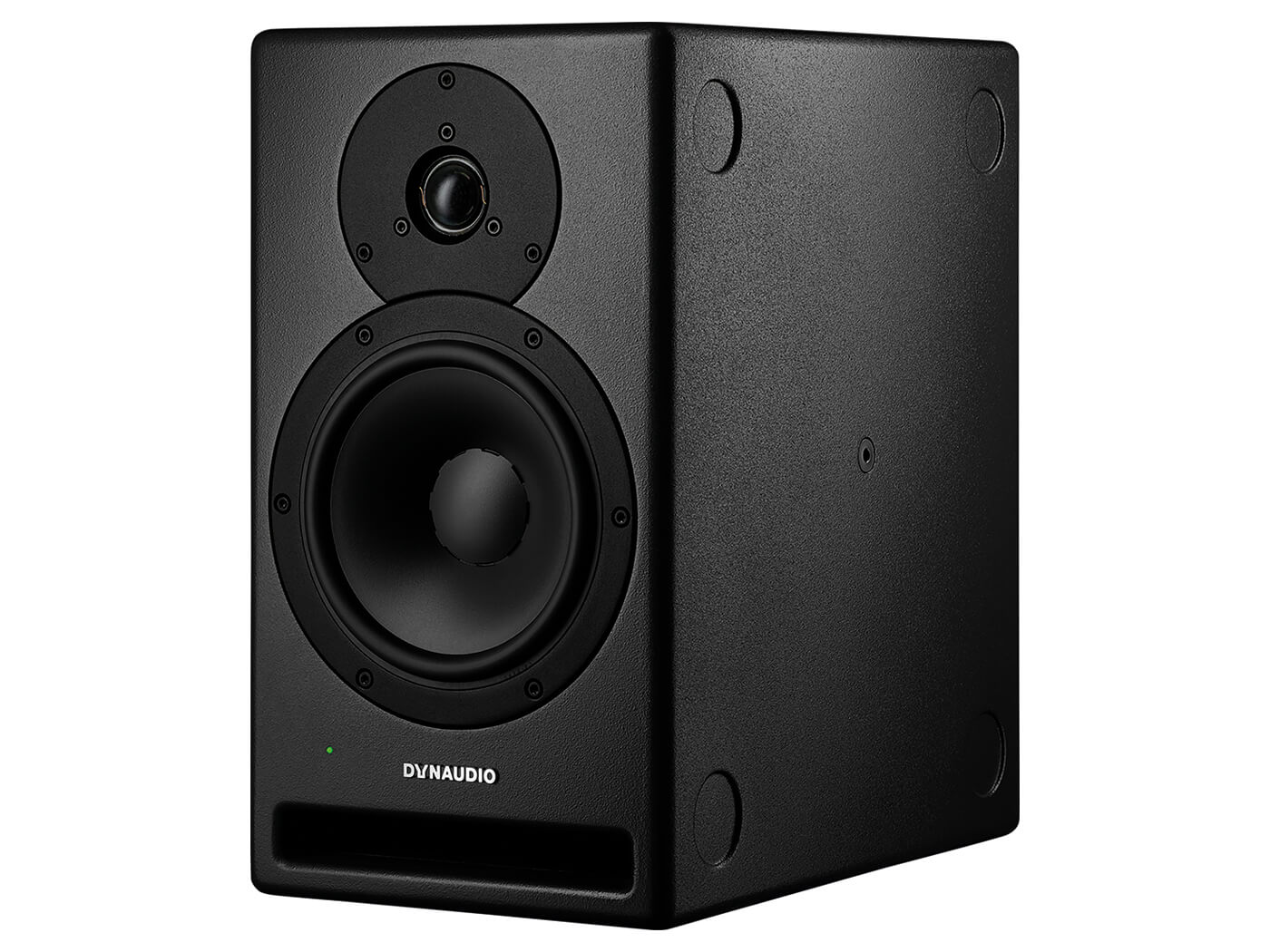 These are core to the Core philosophy, as Dynaudio has designed all the speakers in the range to be placed pretty much anywhere: within the walls of a properly acoustically-designed room, where you would pick the Soffit setting; on decent stands with good dampening (choose the Anechoic setting); on a desk (yes, it’s the Desk option); and three room settings which are Corner, Wall and Free. These last two are set to counter any unwanted colouration caused by placing the speakers too close to a boundary wall. This kind of proximity can lead to reflections, especially in the bass frequencies, so you simply select Wall if you place the 7s closer than 50cm to the wall, or Free otherwise.

There is, therefore, a lot of positional flexibility here as Dynaudio want these speakers to be used in every area of monitoring, from studios to surround sound film-scoring and editing. The company even claims you can use them with the bass driver on top of the tweeter, or outside of it, which goes against some conventional thinking.

The other switches around the back are for Bass Extension (lower this if you are using a subwoofer to extend the bass, for example); Input Sensitivity (four settings dependant on whether you are connecting to pro or consumer devices); Sound Balance (for bright or dark rooms); and SPL for the overall volume.

Adjusting these will obviously depend a lot on your room, surroundings and speaker position, and it’s key to experiment, as I did with mixes I know well. Dynaudio’s excellent manual also helps make the right selections here much easier.

I have a standard set of well-known, very well-produced tracks that I use for listening tests, some heavier tracks from the likes of Leftfield, plus some of my own compositions that I like to think I know intimately – mistakes and all. Starting out with the well-produced tracks and it’s immediately apparent how important those settings are around the back. I detected extra bass, for example, compared to my 3-way reference monitors, but this is quickly rectified by setting the Sound Balance to its Neutral setting. (Reducing the Bass Extension setting is too dramatic as it turns out.)

After a few more tweaks, I am easily able to get a completely controlled and even response from the 7s – the message again is to take your time here – and I’m soon hearing parts of my well-knows tracks that I expect to with more expensive monitors: those sheens and shimmers, the reverb tails, guitar picks and more defined basses that often go missing-in-action on cheaper monitors. 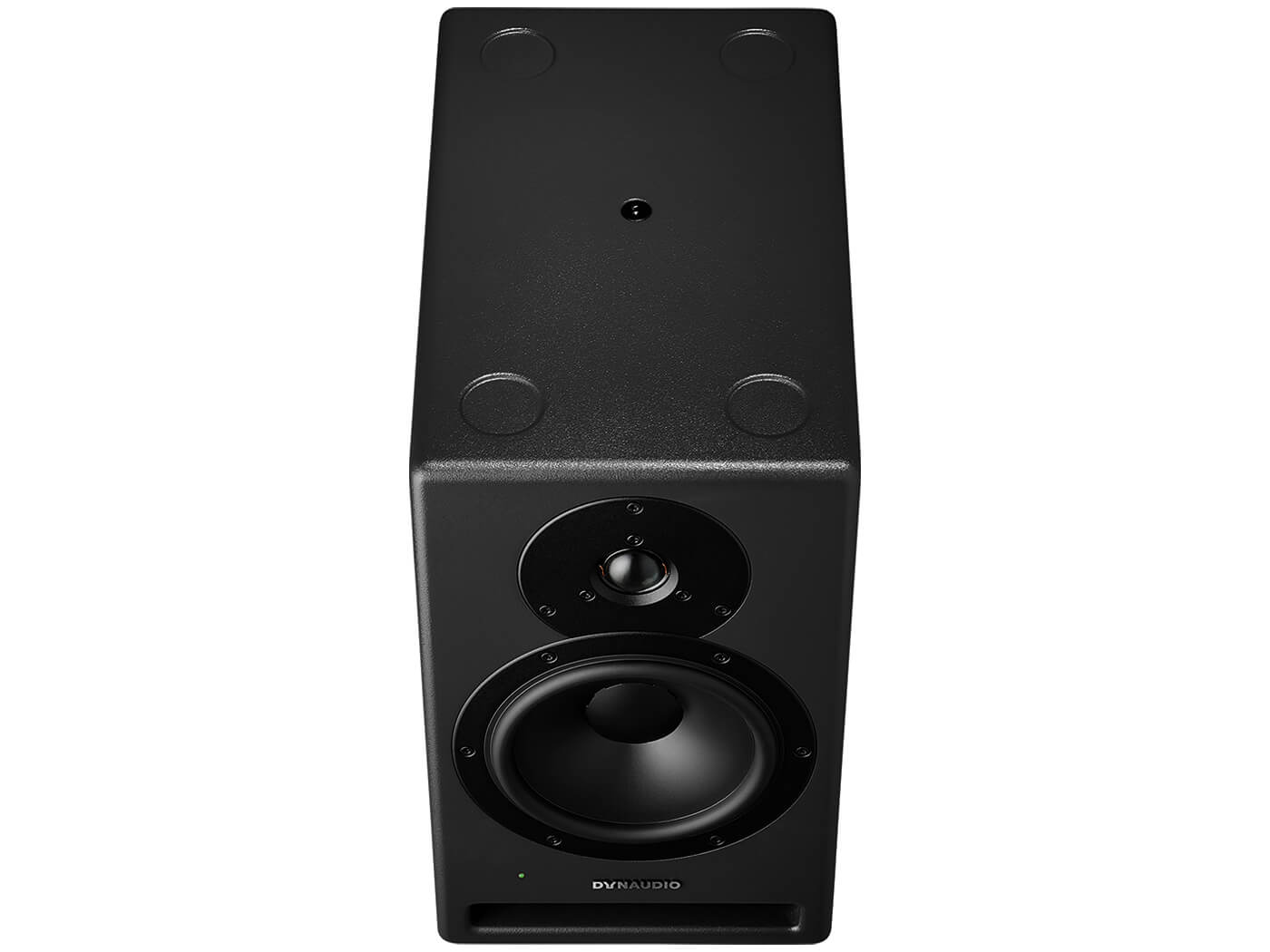 Perhaps naively I’m expecting a lack of mid-range action from the 7s because they are 2-way compared to my 3-way references, but they’re having none of it. This is, of course, down to the mid/woofer, a Magnesium Silicate Polymer driver which Dynaudio has designed with, it says, “advanced magnet designs to produce drivers capable of the kind of accuracy and honesty you’d never thought possible”. And I’m not arguing as they seem to reach across the mids and low end with ease. I wouldn’t consider that the 7s even need any additional subwoofer as with the maximum Bass Extension engaged, they seem to handle – and more importantly control – the bass at all volume levels.

And talking of volume levels, these – like the 59s – are capable of going very loud indeed. Again, it’s not something we recommend, although I love blasting one of my own mixes out at big levels on occasion, and these are capable of those neighbour-relationship destroying levels.

I had initially made two assumptions about the 7s compared to the larger 59s, both of which have proved to be incorrect. As stated above, the mid-range definition is as slick and joined up as the 59s. Also these aren’t, as I thought, more suited to smaller studios. While the 59s are most definitely for large rooms – with a simply huge sweet spot – the 7s are more suited to medium rooms.

Perhaps not, though, bedroom studios. As much as I’d love to recommend them for that, their physical size and volume capabilities will be overdoing it for most hobbyist set-ups. For everyone else, however, once tailored to your room, these 7s truly are magnificent monitors.

Expensive monitors give you accuracy – that is what you are essentially paying for, although we are increasingly seeing much cheaper monitors delivering great results in this regard. As with the 59s in the last issue, the Core 7s offer both this accuracy plus an enormous flexibility in where they are placed and how you use them. 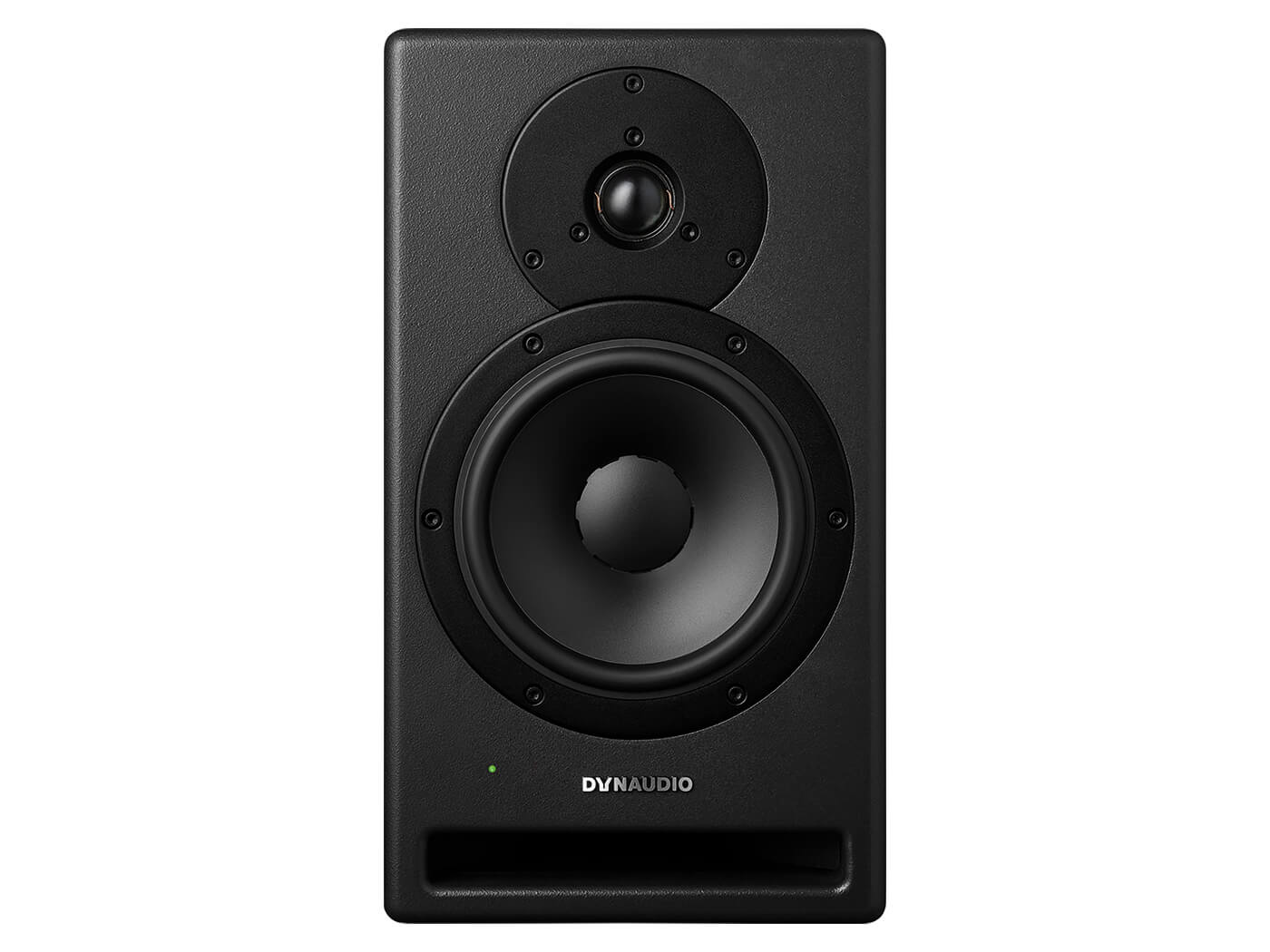 These are great for mixing and mastering with an extraordinary detail where you can dig deep into your mixes and make precise edits and tweaks to perfect them. You can only make these detailed edits if you can hear the anomalies and frequency colourations in the first place. So if you aren’t getting that detail or if your mixes are playing with too much flab or high end on your test systems, then you do need to upgrade your monitors, and these are a fine option. 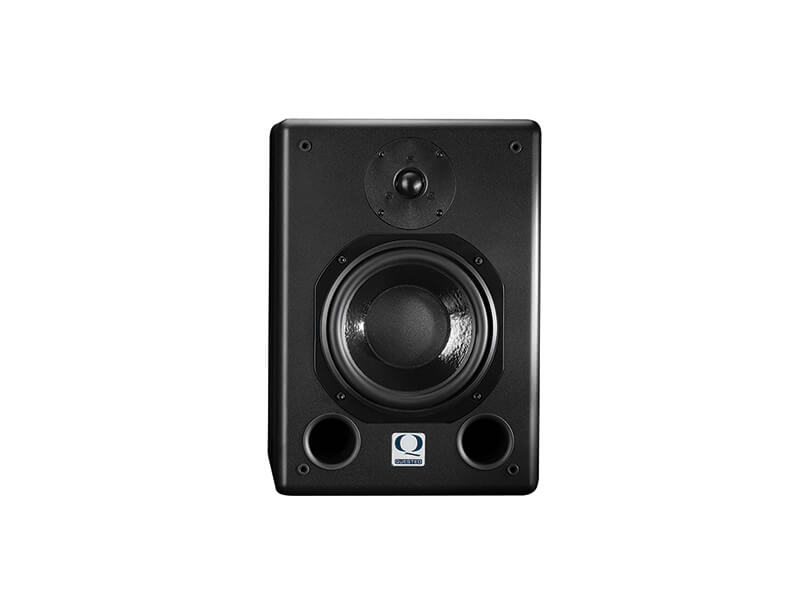 Reviewer John Pickford absolutely loves these 2-way monitors from Quested that share a lot of features with the Core 7s, most notably a similar high power and the definition and detail in the sound. “Delightful”, he said. 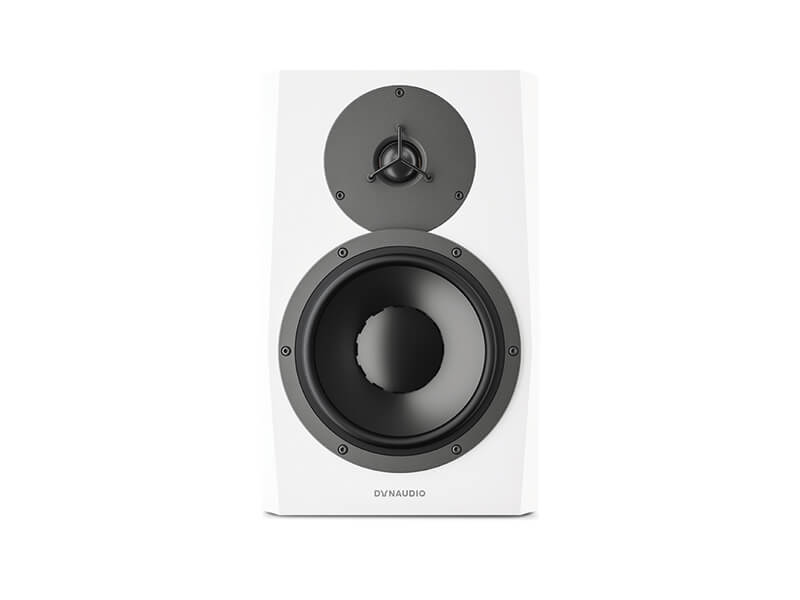 As with the Core 59s, I’ve chosen a cheaper Dynaudio alternative for the same kind of aesthetic and sound quality. The LYD 8s are excellent for medium rooms, and currently weigh in at around a third of the price.