Core is Dynaudio’s new top-end range for serious home and project studios. With a seriously big sound (and price), should they be central to your studio? 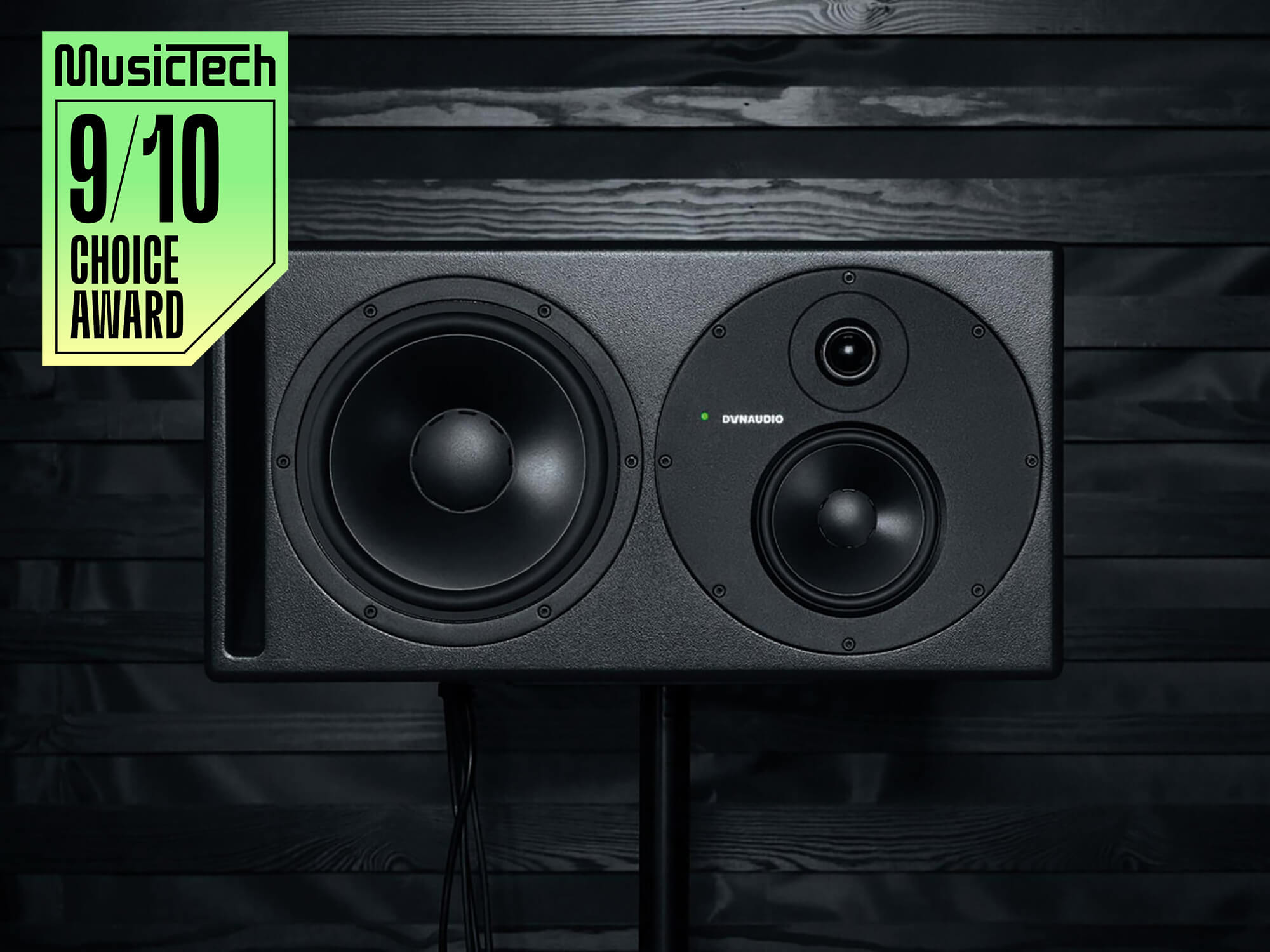 We’ve looked at some great budget monitors of late but Dynaudio’s 59s remind us why expensive monitors should be considered. They’ll blow those cheaper monitors out of the water and your mixes wide open.

The more accurate your monitors, the better your mixes. We say it time and time again at MusicTech. Accurate monitors will tell you your bass is too heavy while mixing; you therefore pull it down at the mix stage so it doesn’t rattle the domes of whatever system it then plays on for less coloured results. Simple!

Dynaudio knows this and has been producing some of the most widely praised studio monitors for over four decades. Its speakers are right up there in many of the studios we have visited and we’ve also been users and fans of its LYD range for the last few years. The new Core range very much sits on top of these as Dynaudio’s top-end range, replacing the company’s Airs. We have the top-end 59 in for test, and these are seriously big speakers – just ask the delivery man.

Core 59 is a 3-way speaker. Each driver has its own class-D amplifier and these deliver 500W each for the woofer and midrange drivers, and 150W for the tweeter. As Dynaudio says: “that’s some serious headroom”.

The speakers are just as well endowed on a physical level, weighing in at over 24kg a pop. It’s fair to say then, that these aren’t for small spaces, a fact born out by Dynaudio’s design, which delivers a large sweet spot for bigger studios. They have a power that can fill big rooms for a number of listeners and come with a good number of mounting options for such studios.

That said, they do come with very easy setup controls. For this kind of cash outlay, you can get some top-end speakers with some very high-end room correction options – and we’re thinking about Genelec’s Ones here. However, the 59s give you their own room correction options by way of a series of switches that you set up according to their location – wall, desk and so on – with additional options for sensitivity level and bass extension.
As ever, setting your monitors up will be a custom job for your environment and inevitably this will involve some time spent with mixes that you know well, and results played across a variety of systems for checking.

For this review, we opt for setting everything as neutrally as we can and go for the ‘Desk’ option under the First Position Room Treatment Filters switch, and the ‘Corner’ setting for the Second Position Boundary Filter. Time spent setting them up will be worth it, because you will be blown away with the results.

Once set up, we first try the 59s with a set of mixes we’ve been working with for some time – months for some of them, in fact – as we’re as familiar with these as anything we’ve been working on of late so they should give us a lot of detail of the 59s. The first thing to say is that the accuracy and detail you get from the monitors is next level.

If you’re used to smaller and cheaper 3-way speakers, these deliver just bigger and more balanced helpings of everything. This is obviously, at least in part, down to the driver design and Dynaudio has put in a serious amount of research here. They ultimately help the speakers put across an accurate soundstage that doesn’t wear – a difficult combination with speaker design. Accurate – and flat – monitors are what you want, but that flatness can often be very dreary and harsh over long listening sessions. We remember our first ‘accurate’ set of studio monitors years ago and the overriding feel was that they took your head off with their blatant truth. Not these though…

With the 59s, the soft-dome tweeter has been redesigned and re-engineered to reduce harshness. It includes what Dynaudio calls a ‘Hexis device’ which acts as a secondary dome sitting behind the tweeter to help with airflow, smooth out the response and help remove internal resonances – wear and tear if you like. 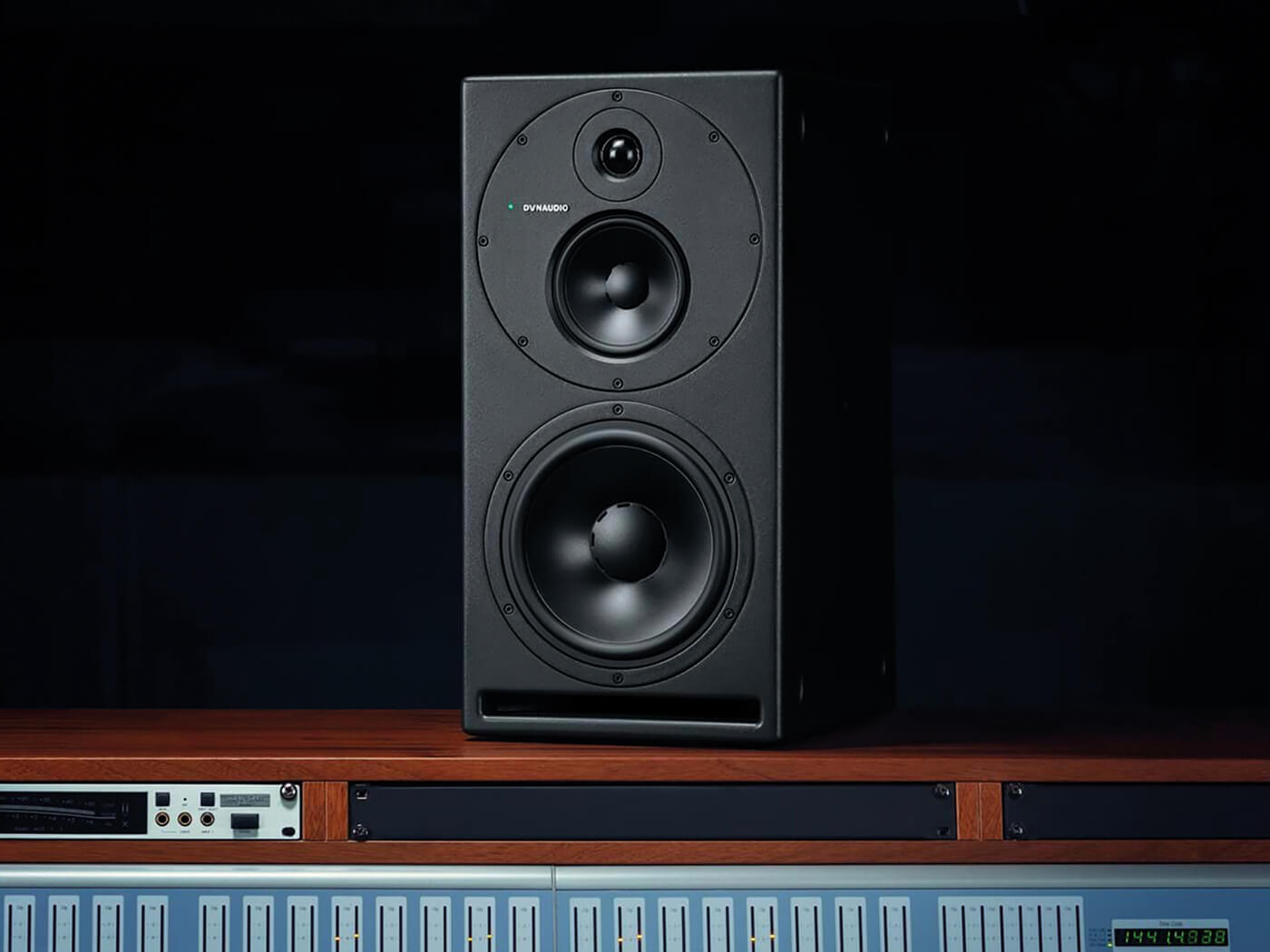 The 5-inch Magnesium Silicate Polymer mid-range driver is all about detail though, joining up tweeter and woofer for an accurate and joined-up response across the range. The bass driver, meanwhile, was designed after subwoofer research that gave us the excellent 18S subwoofer a couple of years back that complements the LYD range so well. The 59s deliver a response down to 16Hz but without flab and rumble; it’s clearly defined. On our own mixes, this is a godsend – we tend to throw in too many bass lines, and each one needs its own definition, usually helped with an additional subwoofer. But here, they are all laid out on a plate in front of you, allowing precise control so you can lift each one out and give it its own character (or, more realistically, delete and thin out the chaff – the ones that are simply too excessive – but it is still a great result).

Compared to our reference monitors – also 3-way speakers costing well into four figures – the 59s deliver an exceptionally flat response, but the feel is just bigger all round. The volume – should you push it, and obviously we don’t recommend listening at the levels that these can go to for any length of time – is simply huge. But the beauty is that the entire mix hangs together without distortion. The power is incredible but so is the detail; we’ve not heard anything like it since listening tests with even bigger (and vastly more expensive) PMC monitors at Metropolis studios.

After trying them out with our own mixes and finding more than enough things to correct – that’s a good thing by the way – we turn our attention to our selection of released track; the standards we use in listening tests. Here the impact is just as large; it’s like that feeling listening to your first set of decent monitors again. The definition across the range, the tightness of the bass, the controlled mids and silky top is something to behold, all working together at whatever level and whatever sweet spot you want.

Do I need this?

These monitors are obviously large and professional models with a seriously good spec and accurate sound. If you are pushed for cash and space then they could be beyond your size and price ranges. That said, we always say to dedicate a large chunk of your budget to your speakers and do believe it’s well worth spending four figures for them, so in that case these really should be considered.

It’s rare that we’ve tested such accurate monitors and of course that accuracy will then translate into well defined and uncoloured mixes. You can get accuracy for less cash – we’ve reviewed a number of great budget options recently – but if you want impressive physical speakers, with precise results and ones that will tell you the truth without tearing your head off on longer sessions, these are for you.

Of course the 59s won’t be for everyone; the elephant in the room is that they are like two elephants in the room. Your room will have to be big, your sweet spot needs to be enormous and your wallet just as fulsome. You could go for them in a more home studio set-up as the nearfield response is just as accurate and spacious, but in truth that’s using a hammer drill to crack a walnut; there are far more compact and better budgeted speakers out there (just check out our best budget monitor roundup or more).

However, as I said right at the start of this review, the ultimate monitors deliver the ultimate truth but hopefully in a way that you can stand for session after session. The Core 59s tell it like it is and in such a way that you want to listen to them, and you want them to reveal everything – even (especially even!) the bad stuff. Yes they cost, and yes they are huge, but your tunes will sound better after mixing with them. It’s as simple as that. 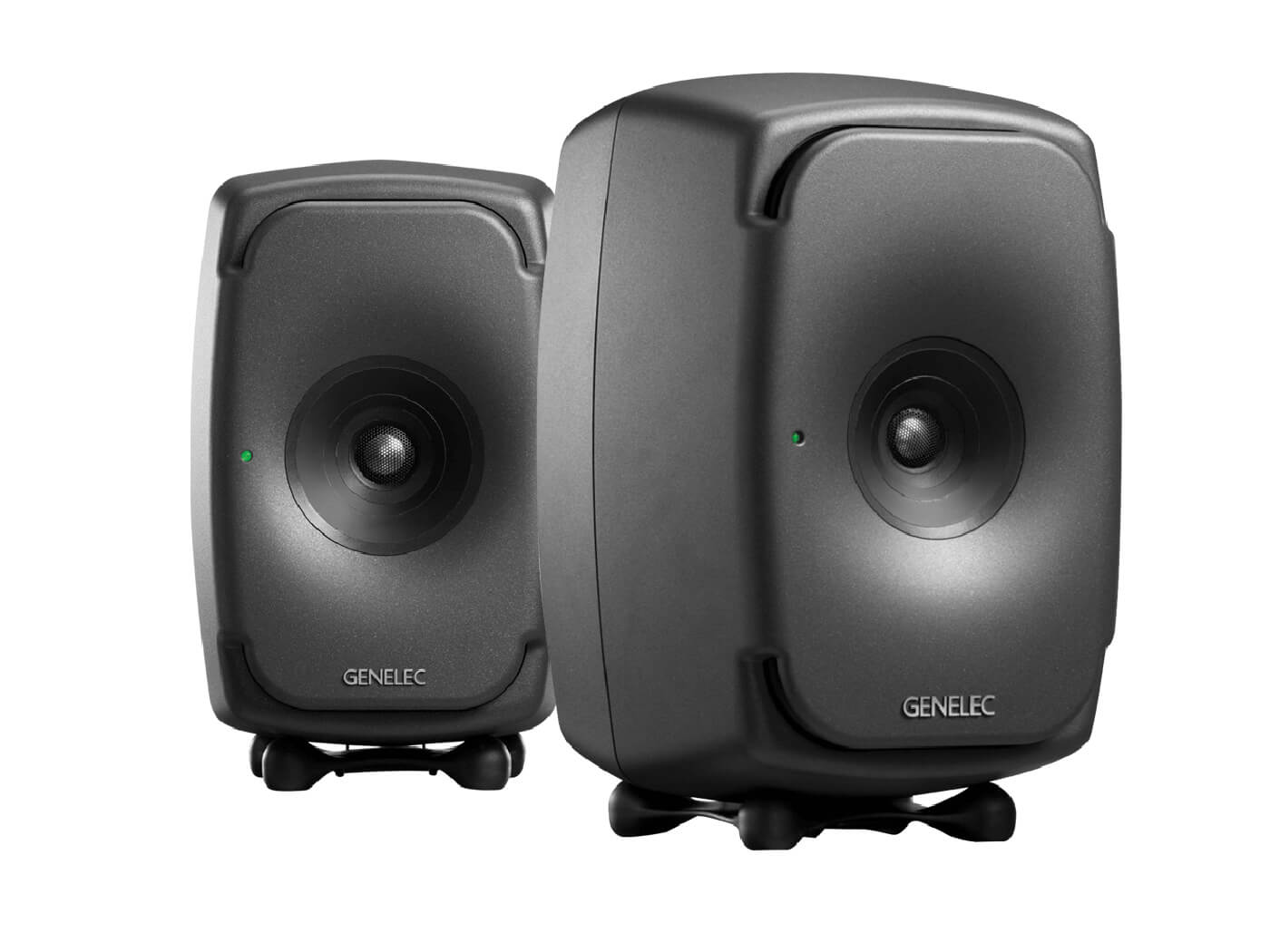 I reviewed both the 8331 and 8341 models that straddle the price of the 59s but deliver an equally incredible listening experience. They also come with an amazing room correction set-up. 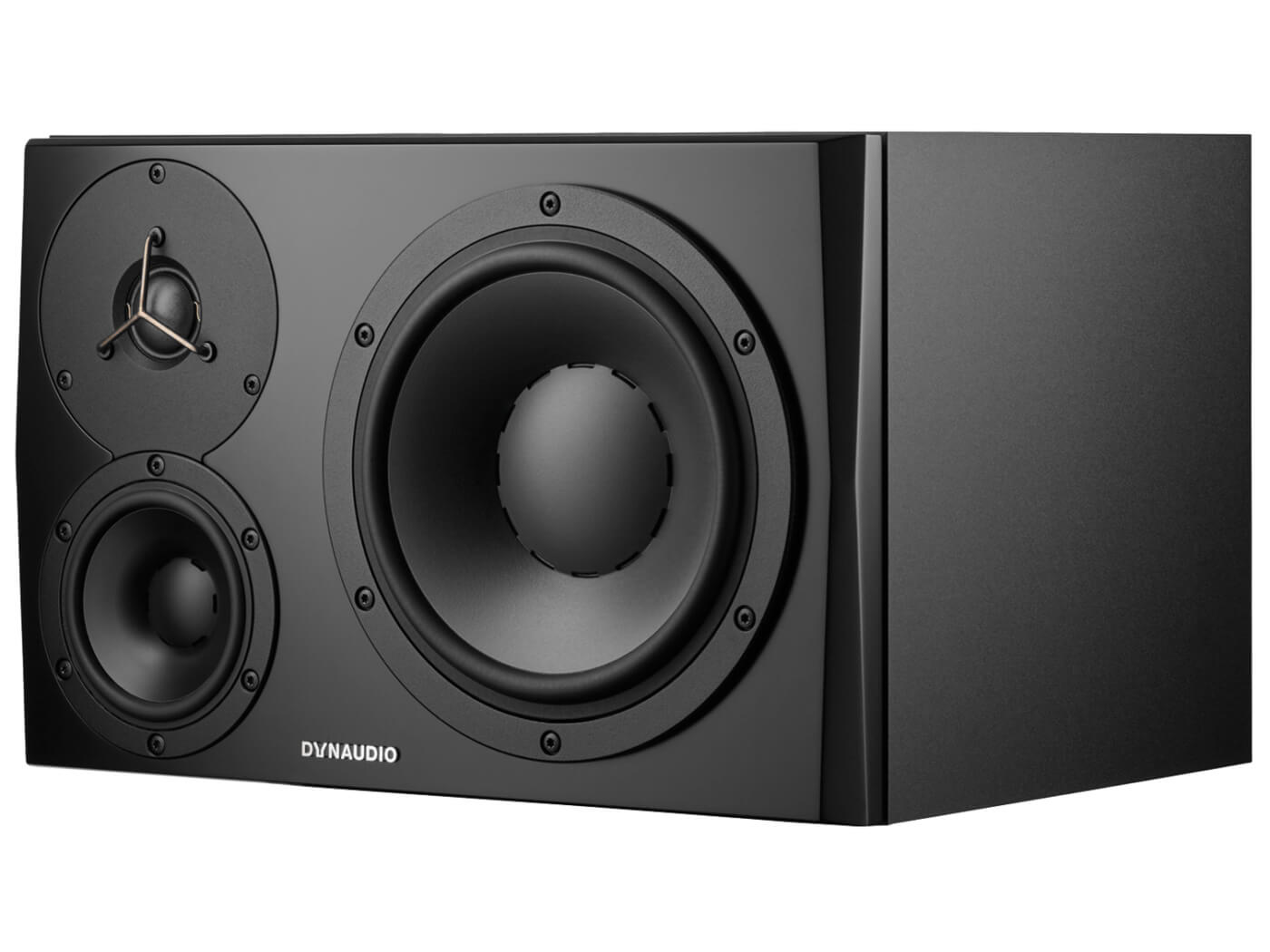 If you want a similar joined up Dynaudio experience – and a similar, if not quite as large sound – then these 3-way speakers will get you it at a much lower price. Still, four figures but these will suit smaller studios, too.