With its new range of affordable audio interfaces, Arturia delivers a lot of bang for your buck. 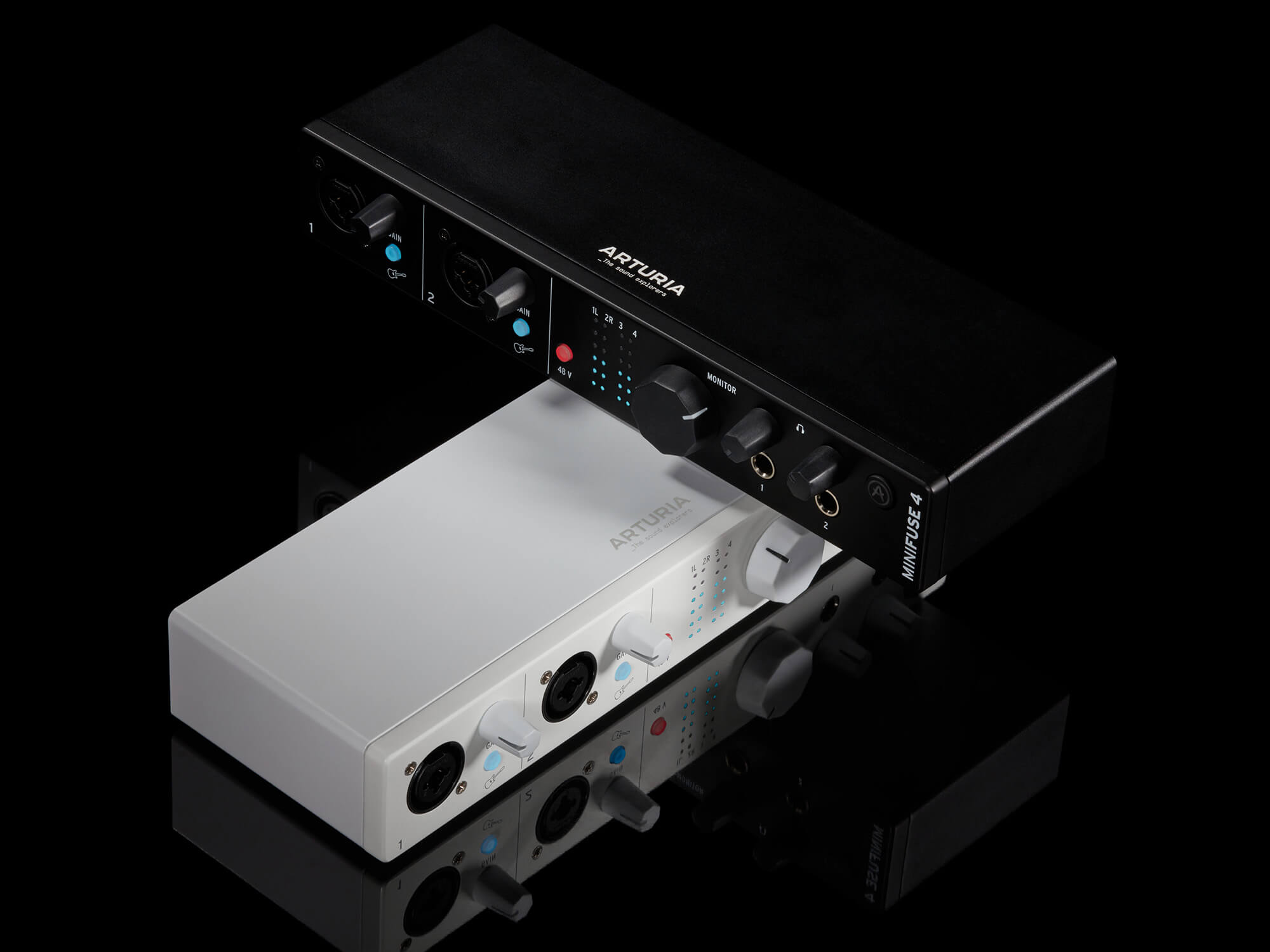 ⊖ Desktop/laptop only – no iOS or Android support

Modern audio interfaces often include so-called “pro” features: talkback, onboard DSP, monitor switching, and more. You either pay for these in the asking price or in the cost compromises made by the manufacturer – or both. But the most pro feature of all is sound quality, which is what Arturia’s new MiniFuse range is all about. 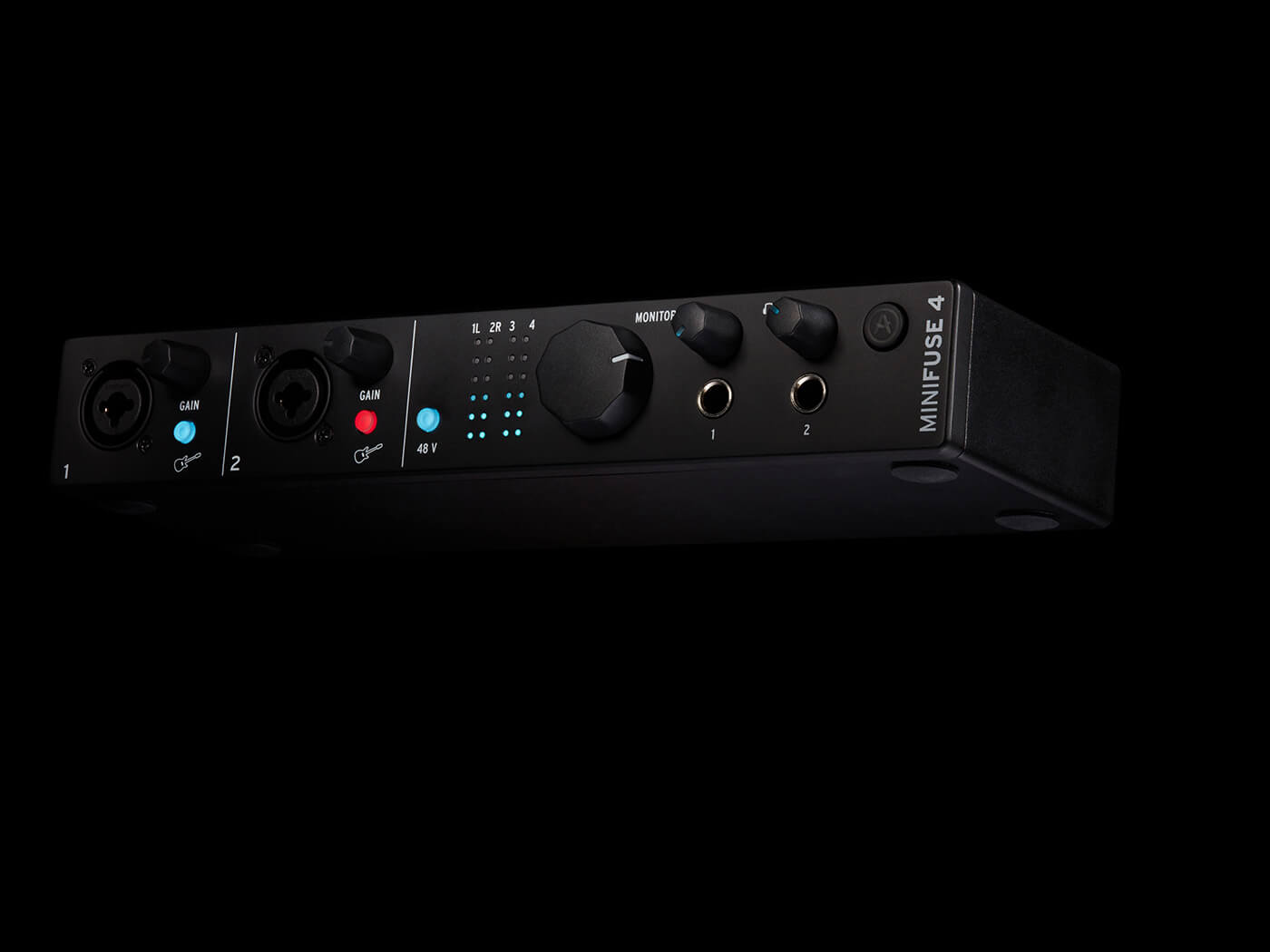 The build quality is impressive throughout – so much so that Arturia provides a five-year warranty with all MiniFuse interfaces. The metal enclosure is solid and the rotary controls smooth, with silken action and just the right amount of resistance. There’s a choice of black or white colour schemes as well. The latter looks very smart indeed.

Adding to the visual appeal of both colour schemes are the backlit buttons and knobs that adorn the unit. Not only do these knobs look dapper, they’re functional too: the backlights on the input-gain dials light cyan to indicate a signal and turn red when that signal overloads the preamp.

The MiniFuse’s mic/line/instrument inputs are XLR/jack combo sockets located on the front of the unit. These feed into a pair of preamps that perform exceptionally well for an interface of this price, delivering impressive clarity and low distortion across the whole frequency spectrum. The line output signal is similarly clean and crisp. 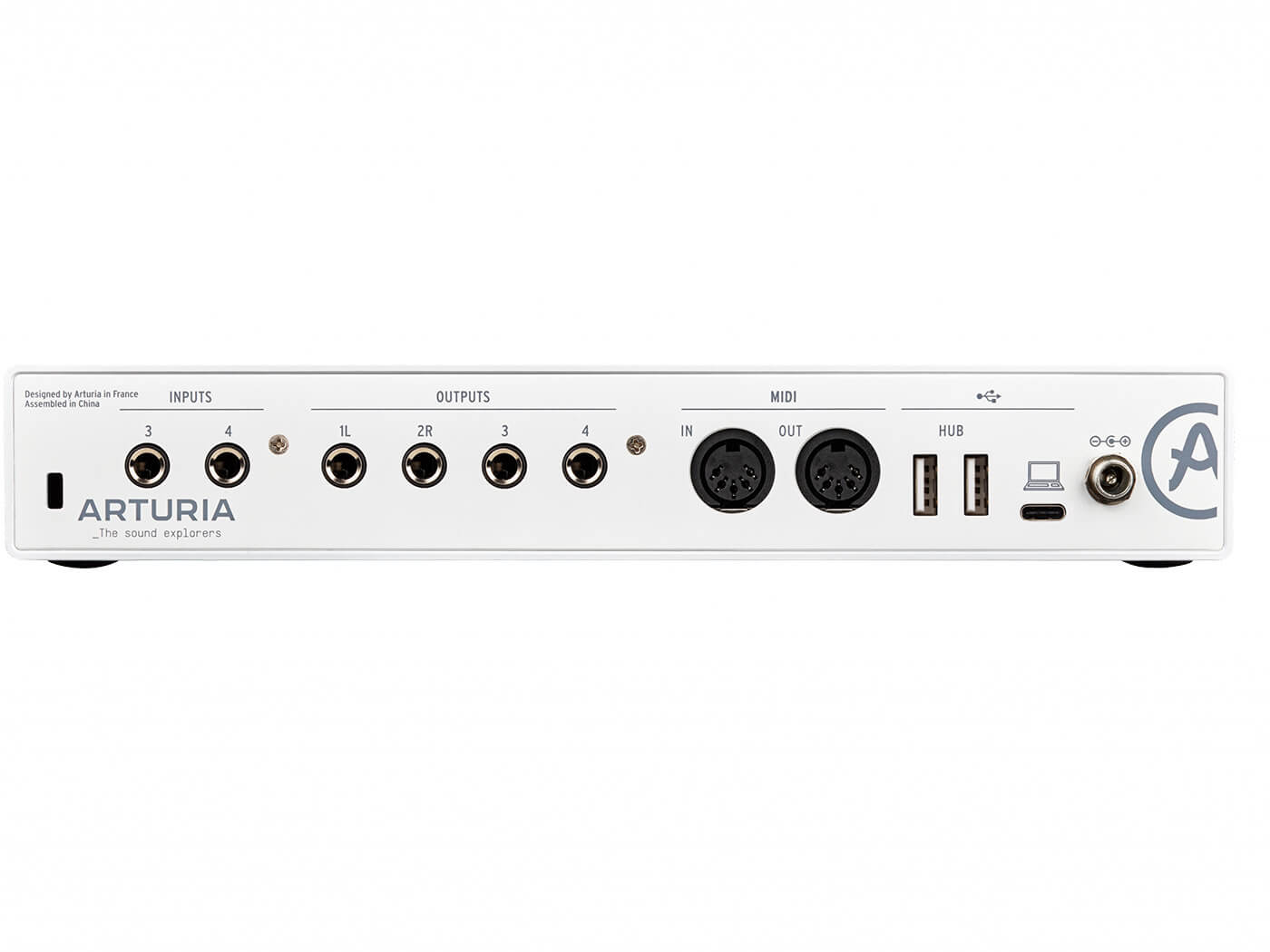 Internally, the MiniFuse features three stereo buses that can carry audio from your DAW or other software, the third dedicated to use as a loopback bus. These are mixed within the MiniFuse Control Center app, which allows three mixes of internal and input signals to be created – one for each line output pair, and one for the loopback bus.

All the MiniFuse variants connect to the host computer via a USB-C socket, and also double as USB hubs – the MiniFuse 4 provides two USB-A ports for this purpose. Not only is the MiniFuse 4 a top-notch interface, you can also connect keyboards and DAW controllers to it, to spare your computer’s precious sockets. 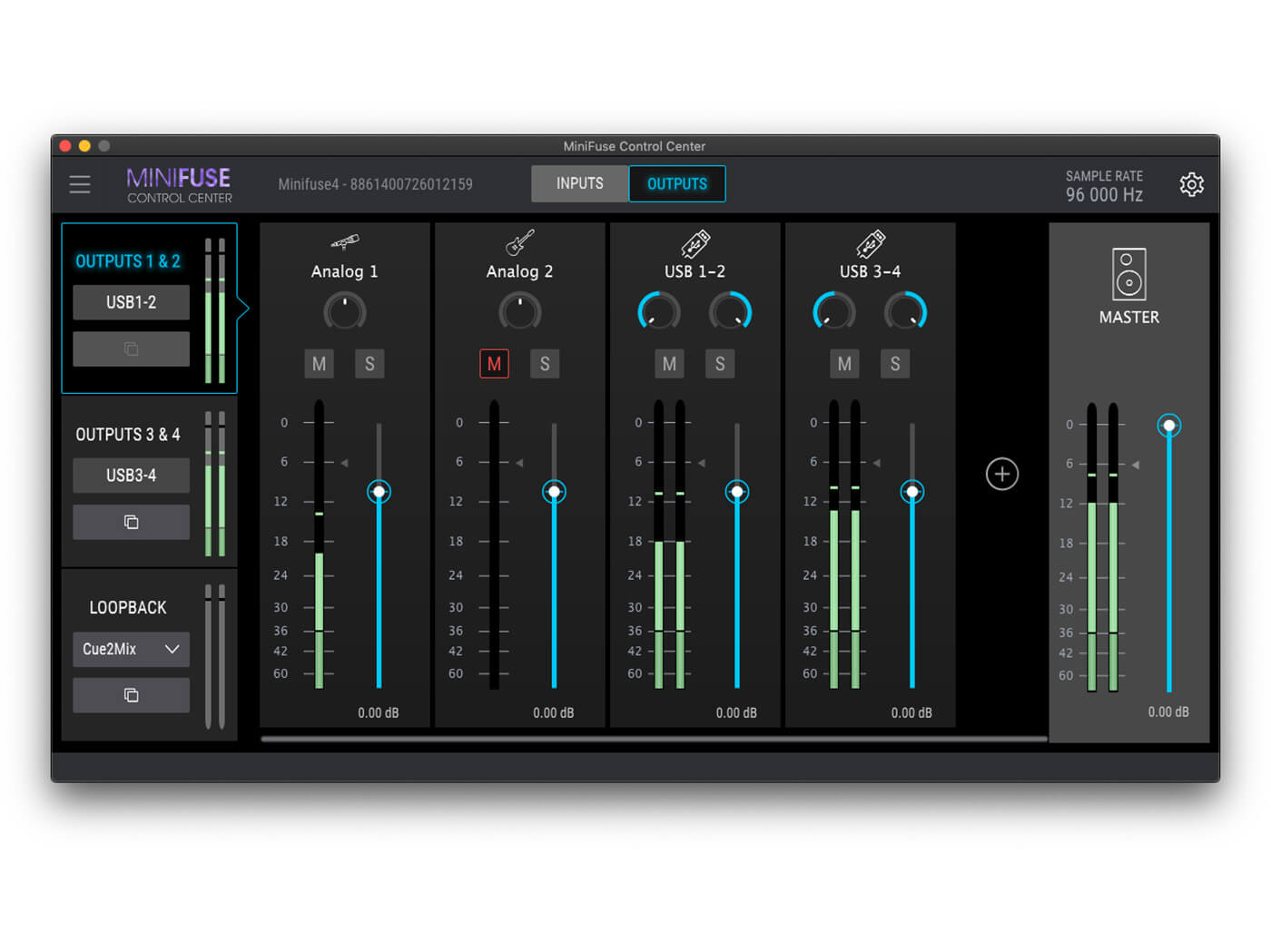 The interface is up against a lot of competition, but by eschewing bells and whistles and focusing on sound and build quality, Arturia was able to keep the asking price appropriately miniature too. For such a small audio interface, the MiniFuse 4 is explosively good. 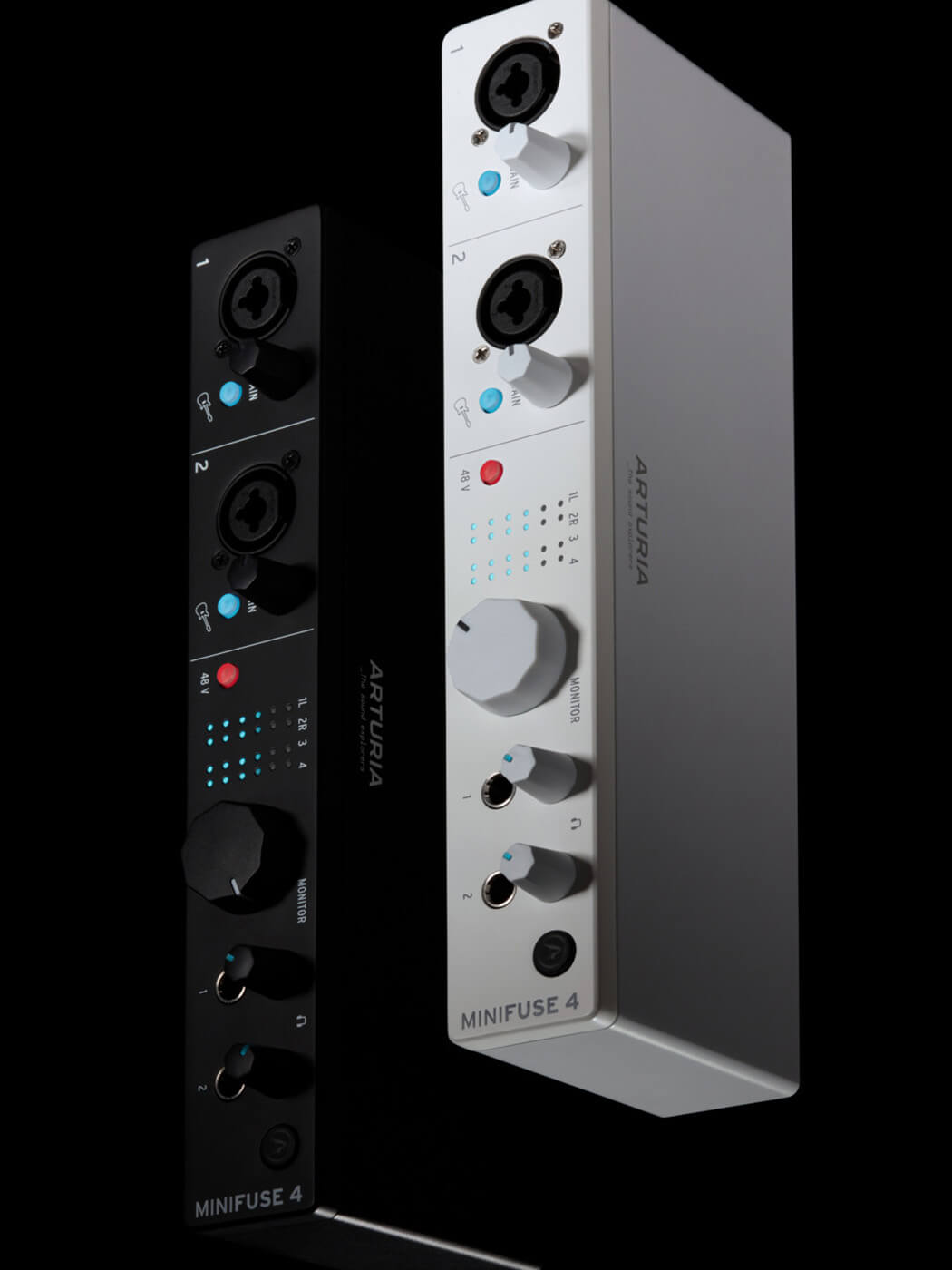