Orchestral Tools team up with Richard Harvey again, to offer a selection of Central and South American instruments, designed for media composers, but with a far broader appeal. We take flight with Andea. 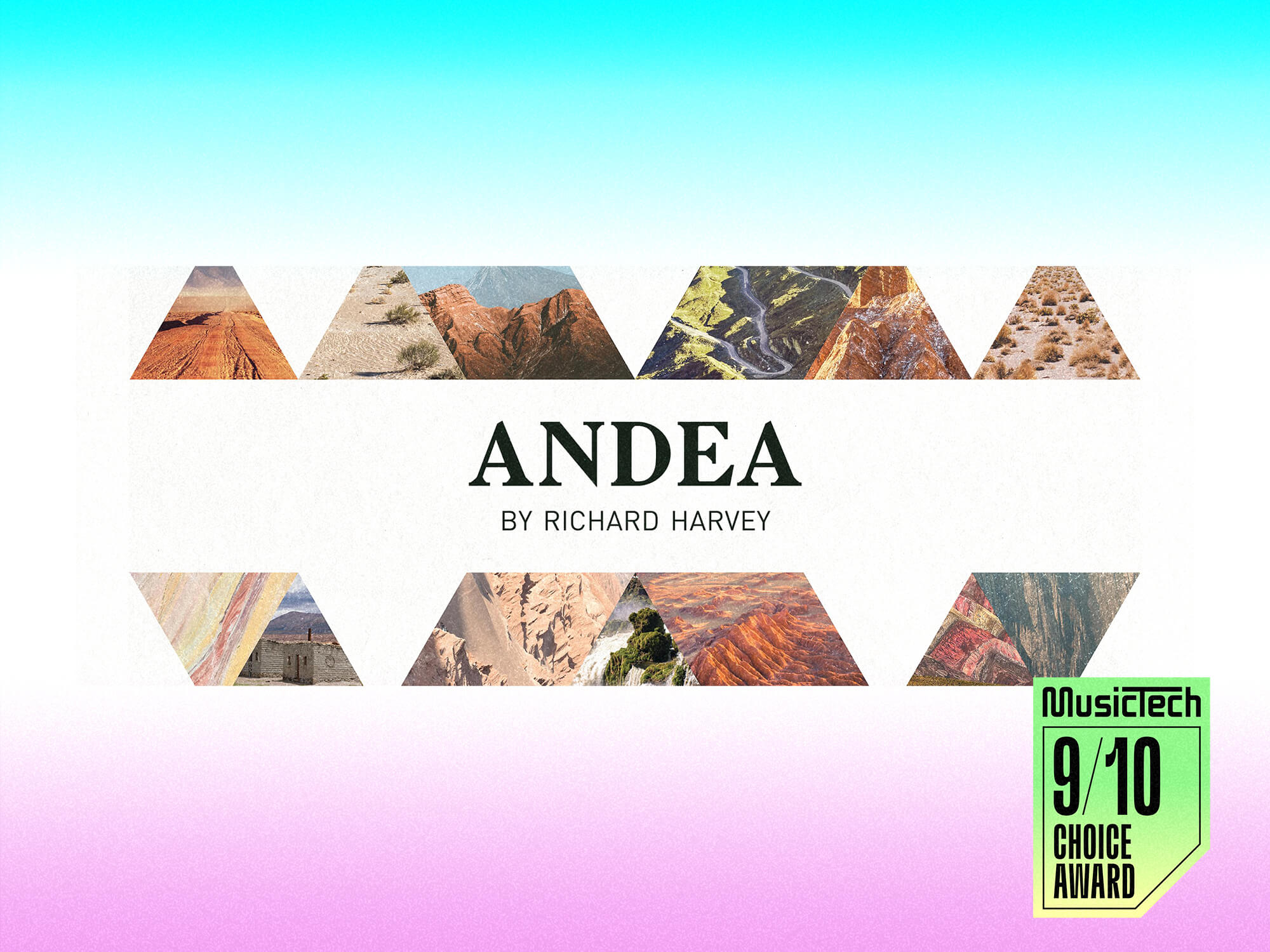 ⊖ Key range for some instruments is quite narrow and therefore is in sampled form too
⊖ Dynamic layers between articulations can vary, so be ready to compensate with modulation and expression data


If you’re seeking sample libraries to score to picture, most instruments we associate with epic soundtracks are readily available in 2022. But composers pursuing new timbres and textures for their scores might prick up their ears at the release of Orchestral Tools‘ Andea. It’s the second collaboration between Orchestral Tools and highly esteemed composer Richard Harvey, following The Phoenix Orchestra, and offers a beautiful selection of instruments from Central and South America.

Harvey is, first and foremost, a wind player. While his solo and collaborative work with luminaries such as Hans Zimmer is extensive, it’s his experience as a player that is relevant to Andea, as it sparked interest in collecting instruments from all corners of the globe. This collection runs to more than 700 instruments and the selection captured for Andea has been intimately recorded in Harvey’s own London studio. 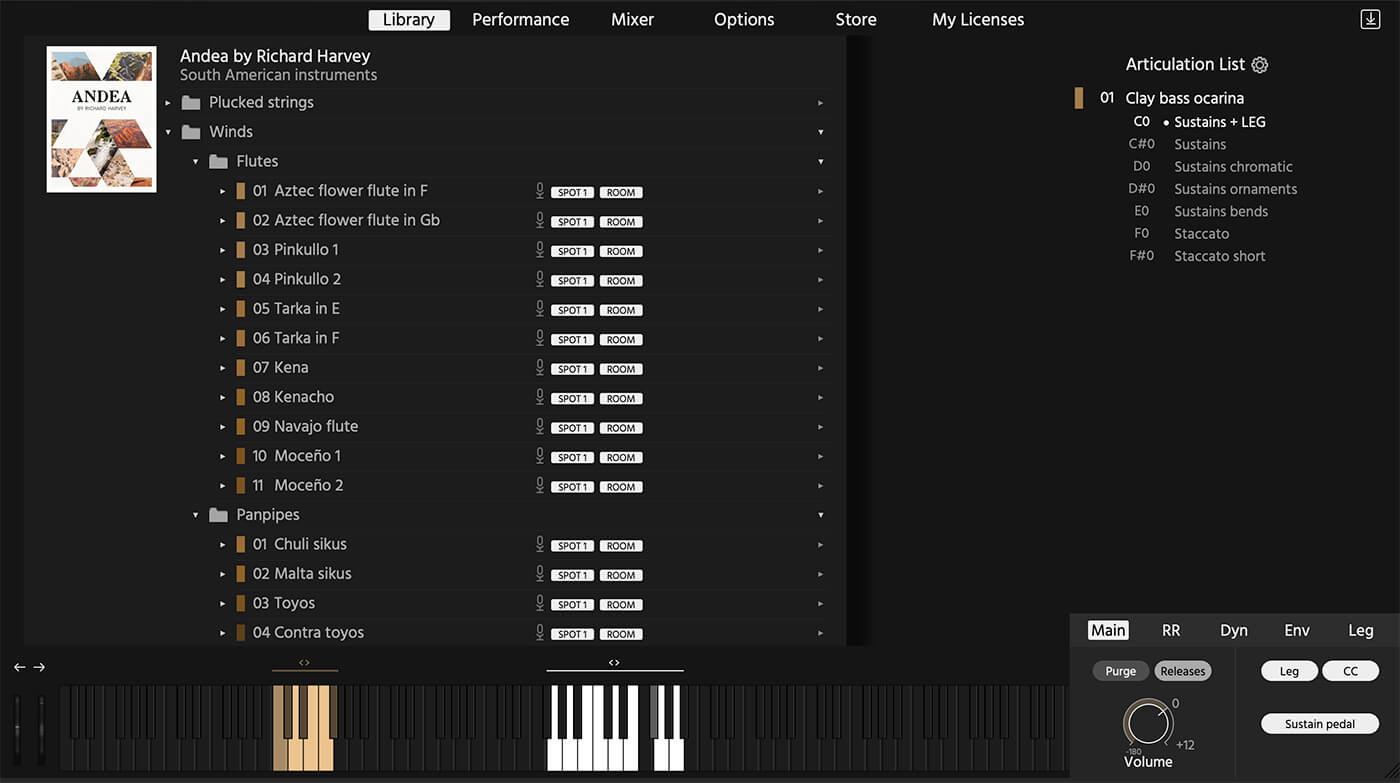 Like all Orchestral Tools libraries, download and authorisation is handled by the proprietary Sine Player software, into which instruments are then loaded.

Certain conventions are common throughout Andea, with key switching used by default to move between articulations, CC1 assignments to control the intensity of the recorded sounds and Expression mapping to control output volume. All of these can be modified if you prefer alternative controllers.

First up is Plucked Strings, starting with Ronroco. This might be an unfamiliar name but you’ll certainly recognise its sound. It’s a small guitar-like instrument, with an immediacy and intimacy that speaks from the heart and is a staple of composers such as Gustavo Santaolalla (Brokeback Mountain, Babel). Trust us – when you load this instrument and add your reverb of choice, you’ll lose the next few minutes of your life to a quality of playing that will surprise and delight you.

Charango and eight-string Ukelele instruments follow in Plucked Strings, keeping us in a similar emotional space with bends, tremolos, strums, chords and other playing variations available at the click of a key switch. The Steel-stringed Cavaquinho offers a brighter, tinnier sound, while the Cuatro, beloved by Venezuela and Puerto Rico, is more muted and delicate in tone. The Tiple, most closely associated with Columbia, is a chordophone with notes in the middle of its range also triggering an upper octave. The Très offers a Cuban variation on a similar theme.

The Guitarra has the fullest pitch range in the collection. Its upstroke and downstroke chords are particularly intriguing, with velocity controlling the strumming speed across major and minor voicings. Another highlight is the Paraguayan harp which, on first playing in the upper register, has a thin, toy-like quality. But its lower, deeper tones are lush and, as with every instrument in the Plucked Strings folder, it’s extraordinary how these smaller-sounding instruments manage to penetrate almost any depth of mix you put around them. Blend them with synths, orchestral arrangements and they’ll elegantly float atop everything. 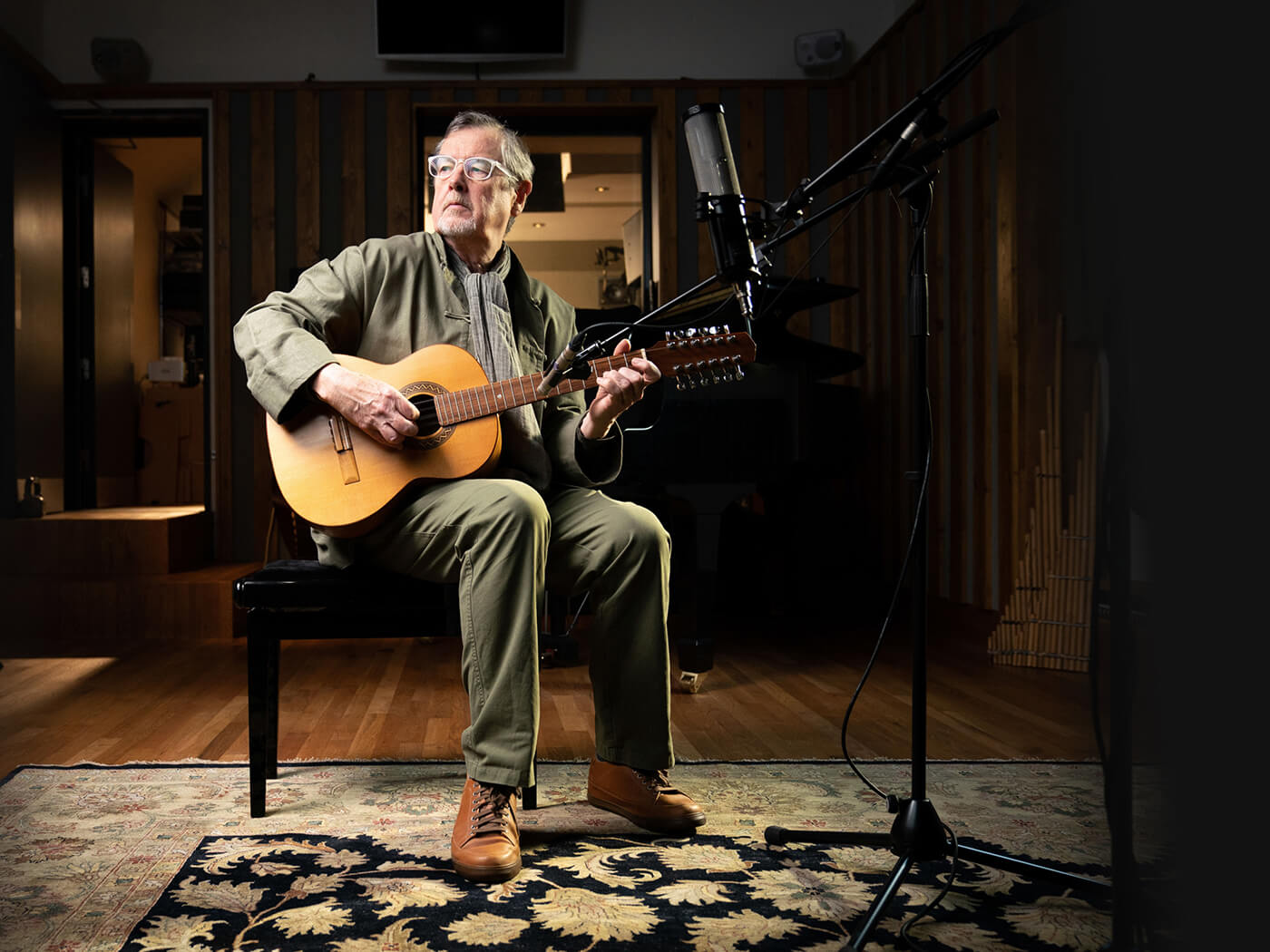 There’s a driven quality to the lower frequency content of these sounds offering the perfect platform for emotive writing, with a yearning, fierce quality that belies the air and magic of the upper frequencies. Here, the modulation wheel’s control over dynamics comes to the fore, with vibrato and intensity changing as CC1 opens up, offering a chance to add extra layers of dynamism to performances.

The Pan Pipe is perhaps closely associated with Central and South America, and four varieties are provided; Chuli Sikus, Malta Sikus, Toyos and Contratoyos. The Ocarina is a hollow vessel into which air can be blown. Then, finger holes allow you to ‘stop’ the air, changing the pitch of the instrument in the process (much like a recorder). Six variations are provided, including a couple of rare bass instruments. The sonic group that you’ll likely recognise is the assortment of percussion, with many of the instruments here having found found their way into multi-genre compositions and productions.

In the Drums folder, you’ll find Bongos, Snares, Congas (high, mid and low), and the less common Cajita Coplera, Bombo and Bombo Compacto instruments. All of these are deeper drums, with long, tone-like decays that are particularly impactful and double beautifully if you’re looking to layer sounds for extra weight.

There are eight Shaker variations in total – Maracas, Small Shakers, Metal Shakers and the Shekere are among the more familiar variations – joined by Chajchas, Basket, Flame Tree and Stick Nut shaker options. These possess an urgency and vitality that is beautifully captured by the proximity with which they’ve been recorded. It really does sound like the player is right next to you. 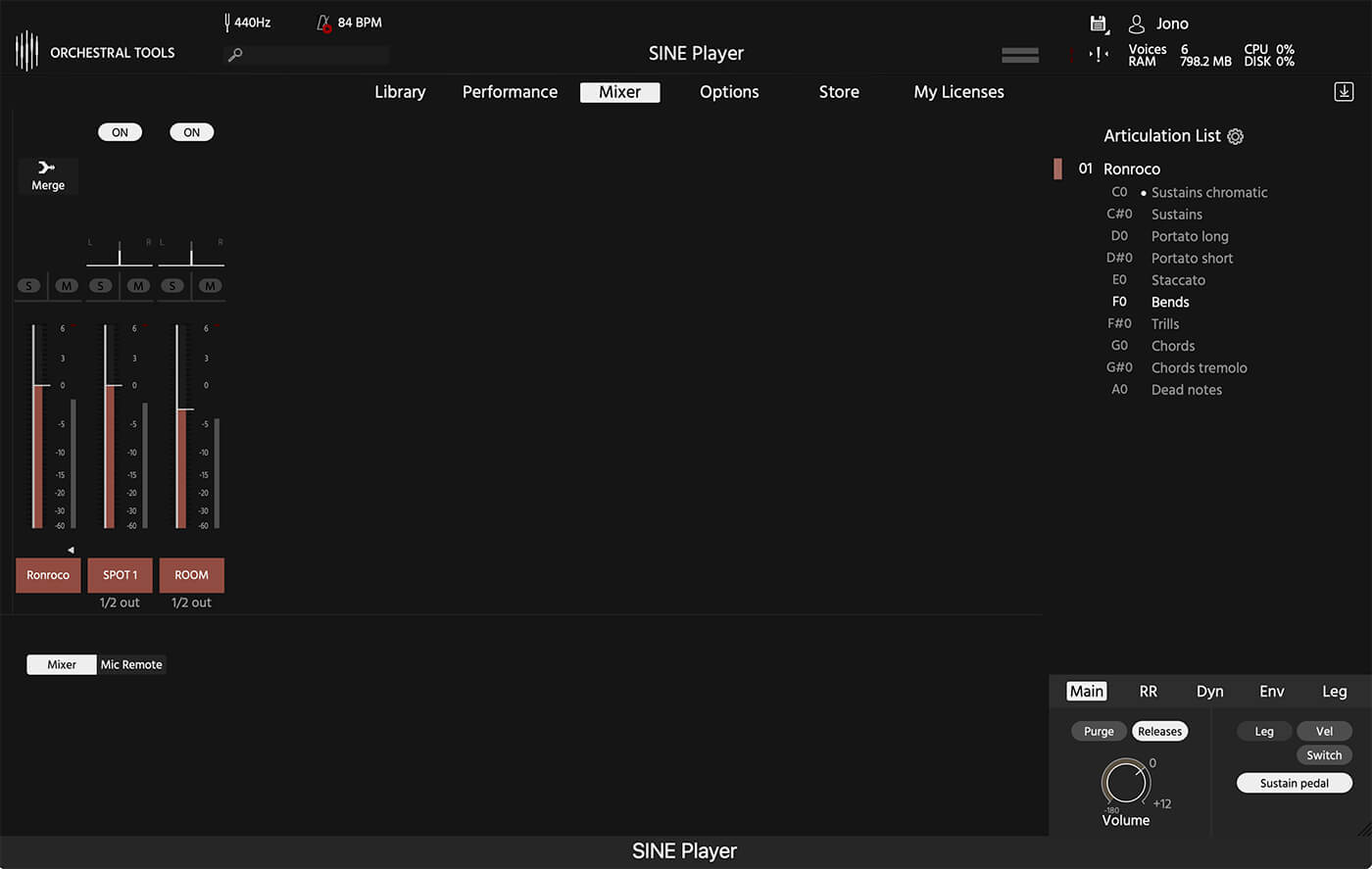 The Wooden percussion folder boasts Claves, Guiros and Cajons, the latter of which are a particular highlight with playing variations (hits, flams, rolls) organised across consecutive keys, and pitch depth organised into adjacent octaves to let you program patterns with genuine variation in a single pass.

There are three flavours of Log Drum – Ashwood, Rosewood and Giant Oakwood – as well as a Special folder containing a Berimbau alongside specialist Kultrun, Cajita Ritmica and Angara instruments, all of which were new to us.

There are two obvious strengths to the Percussion instruments. Firstly, by themselves, they offer a beautifully recorded and instantly playable collection of instruments from the region. But used in combination with other percussion libraries, they provide a transparent front end with immediacy and punch which doubles beautifully with larger, more cacophonous collections.

As you’ll hear from the audio examples accompanying this review, this library is a player’s joy. Switch off the metronome, add a little choice reverb (note that some FabFilter Pro-R has been added to all of the clips) and play, learning the intricacies of each instrument as you go. There are few airs and graces here, with no attempt to smooth out the pointed, the resonant or the piercing; these instruments have a ruggedness that is wonderful and untamed.