There are many uses for a rubber band, but we’ve never used one as a compressor – until now. 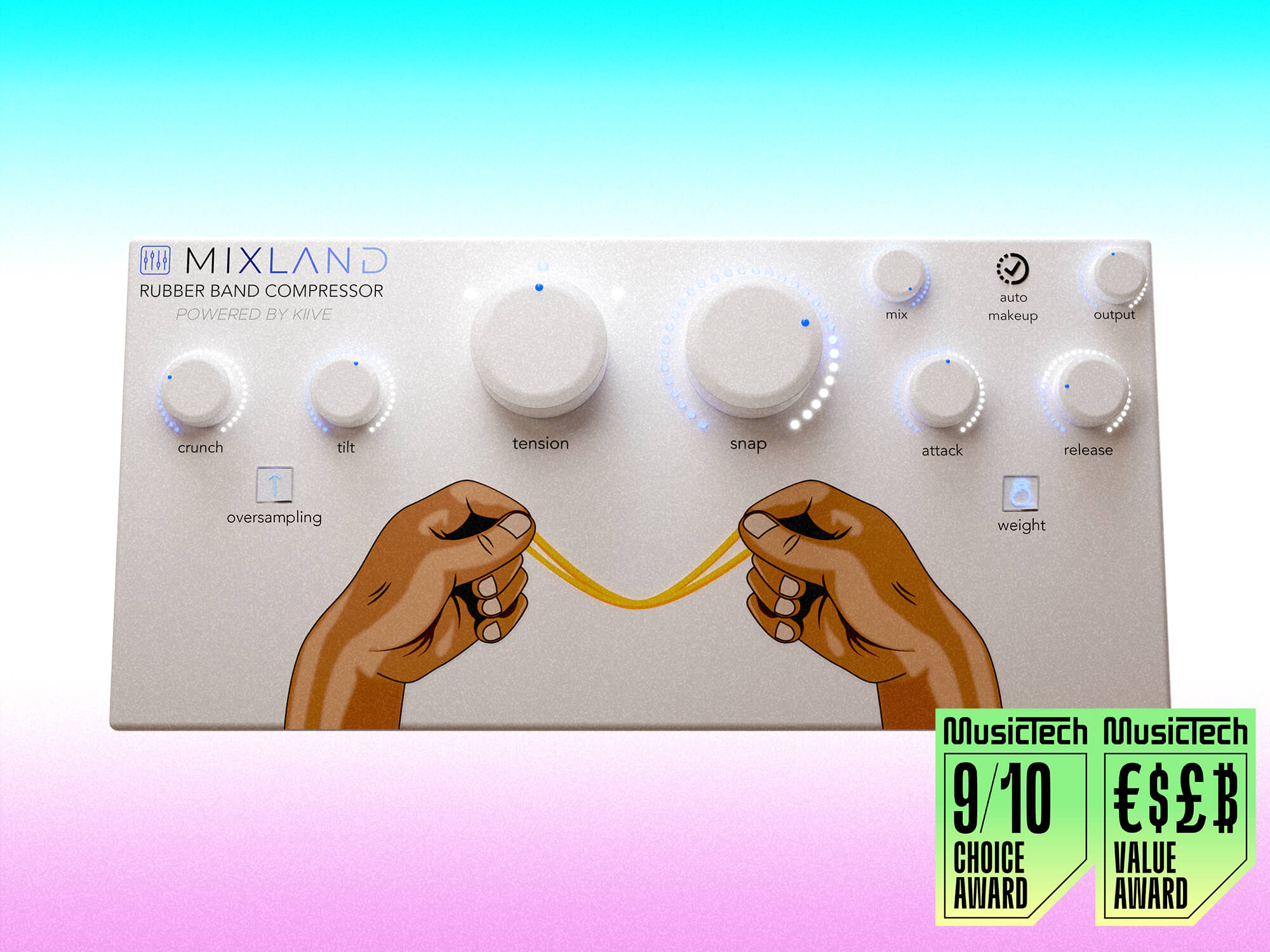 Mixland may be a fresh face in the plug-in world, but the brains behind the brand are anything but newbies. It’s headed up by Grammy Award-winning mixer and engineer Jesse Ray Ernster – who has credits on Doja Cat, Kanye West and Burna Boy records – and Eddie Lucciola of Canadian plug-in developers Kiive Audio. The duo promises to deliver off-the-wall ideas wrapped in well-coded and beautifully designed packages. And this is ably demonstrated in their inaugural plug-in release.

Rubber Band Compressor (RBC) is a VCA-style compressor at heart but employs a unique concept: a rubber band stretched between two hands. The input signal pushes into this hypothetical rubber band, causing it to stretch, but the band always snaps back into its resting state. Gone are the familiar threshold and ratio controls, now replaced by Tension and Snap. Make no mistake, though – this isn’t simply an exercise in renaming parameters.

RBC simulates the increasing resistance of a rubber band as it’s stretched more and more, resulting in an exponential increase in the compression ratio. There’s then a second stage of exponential resistance that kicks in when the front section of the rubber band starts to push against the rear section of the band. This makes for a gradual and highly responsive compression effect that’s starkly different to a VCA compressor’s offering. 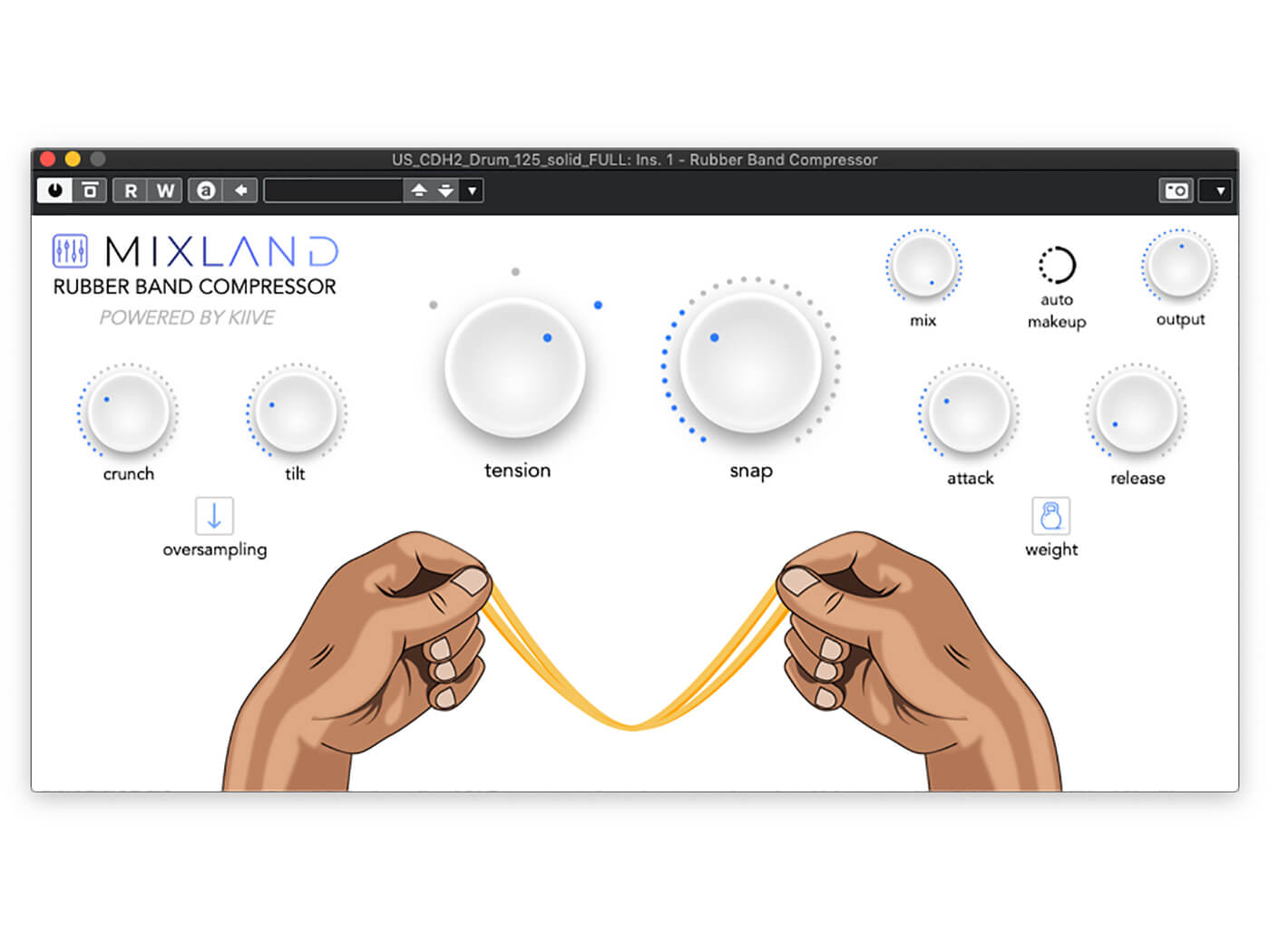 The plugin’s interface reinforces the rubber band concept with a graphic of a pair of hands holding a rubber band. The band stretches and wobbles following the compressor’s activity and visualises what RBC is doing. But it is only an impression. There is no precise or numerical readout available, and the band’s movement is often too fast to be able to glean much detail from it. Plus, the sight of a pair of disembodied cartoon hands on the otherwise delightfully clean and considered interface won’t be to everyone’s taste.

RBC has three tension settings: Loose, Medium and Tight, reflected in the distance between the two hands. When Loose, the compressor has a somewhat flabby, laid-back response; when Tight, it is snappy and aggressive. The Medium tension setting sits somewhere between those two extremes, but seems to be weighted more towards the Loose setting. The snap dial acts much like an input gain, controlling how hard the signal pushes against the theoretical rubber band. And, thanks to the variable exponential nature of RBC’s compression ratio, the harder you push the signal into the band, the firmer it will snap back again too, which all adds to the unique character of the plug-in.

As with all compressors, RBC works better on some sources than others. It’s effective on drums, percussive synth parts and acoustic guitars, and can be stunning on vocals. However, we found it less suitable for subtle or transparent dynamics processing. The progressive nature of the compression, and the accuracy with which it can follow a signal, gives an impact and energy that’s hard to achieve with a conventional VCA compressor. The plug-in is affordable, too, and its accessible workflow makes it a perfect introduction to creative compression while being a sufficiently worthy addition to the most well-stocked plug-in folder. 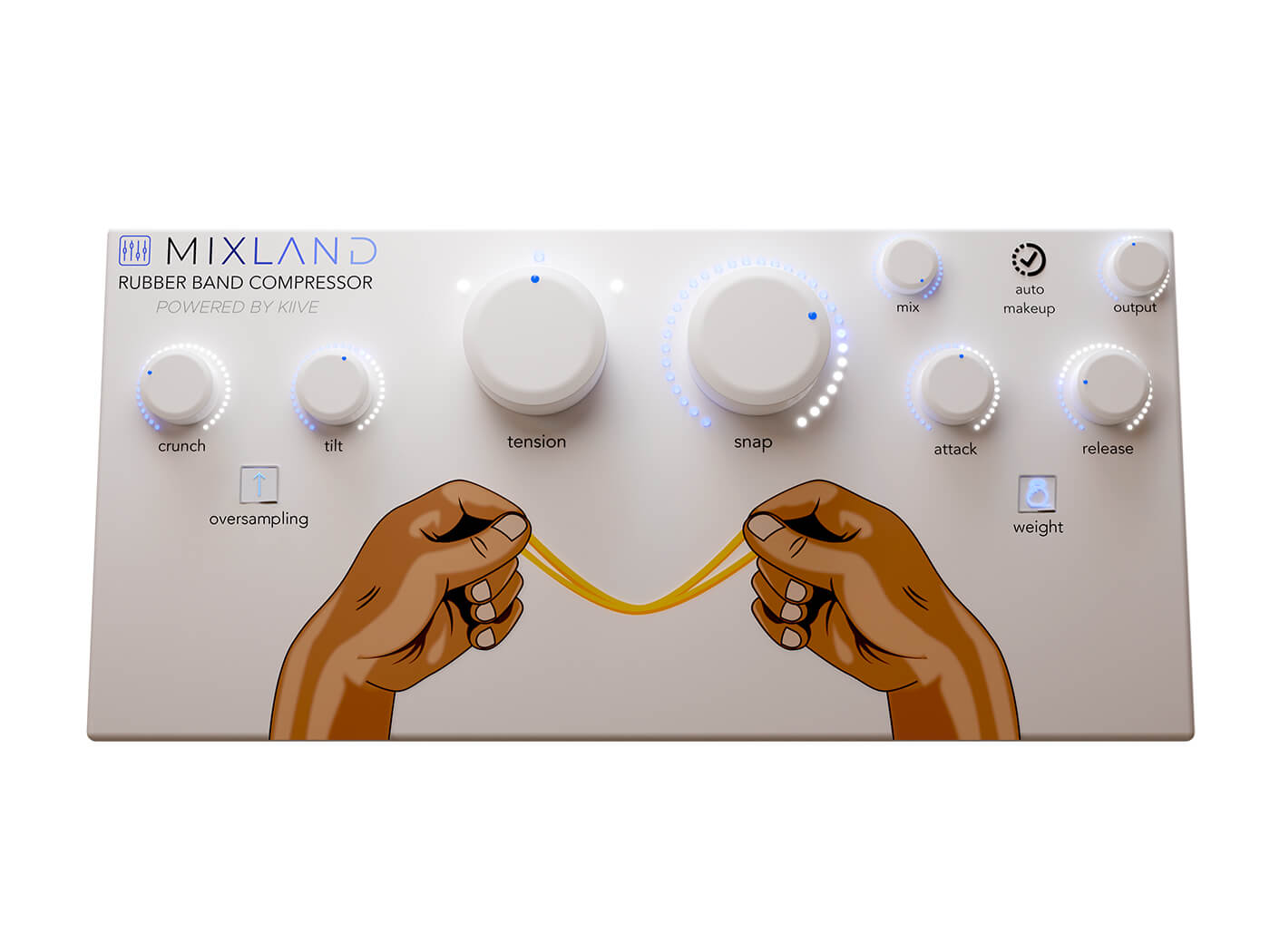