With Dolby Atmos support and a sturdy build quality, can the Corsair HS80 RGB Wireless change your gaming experience? 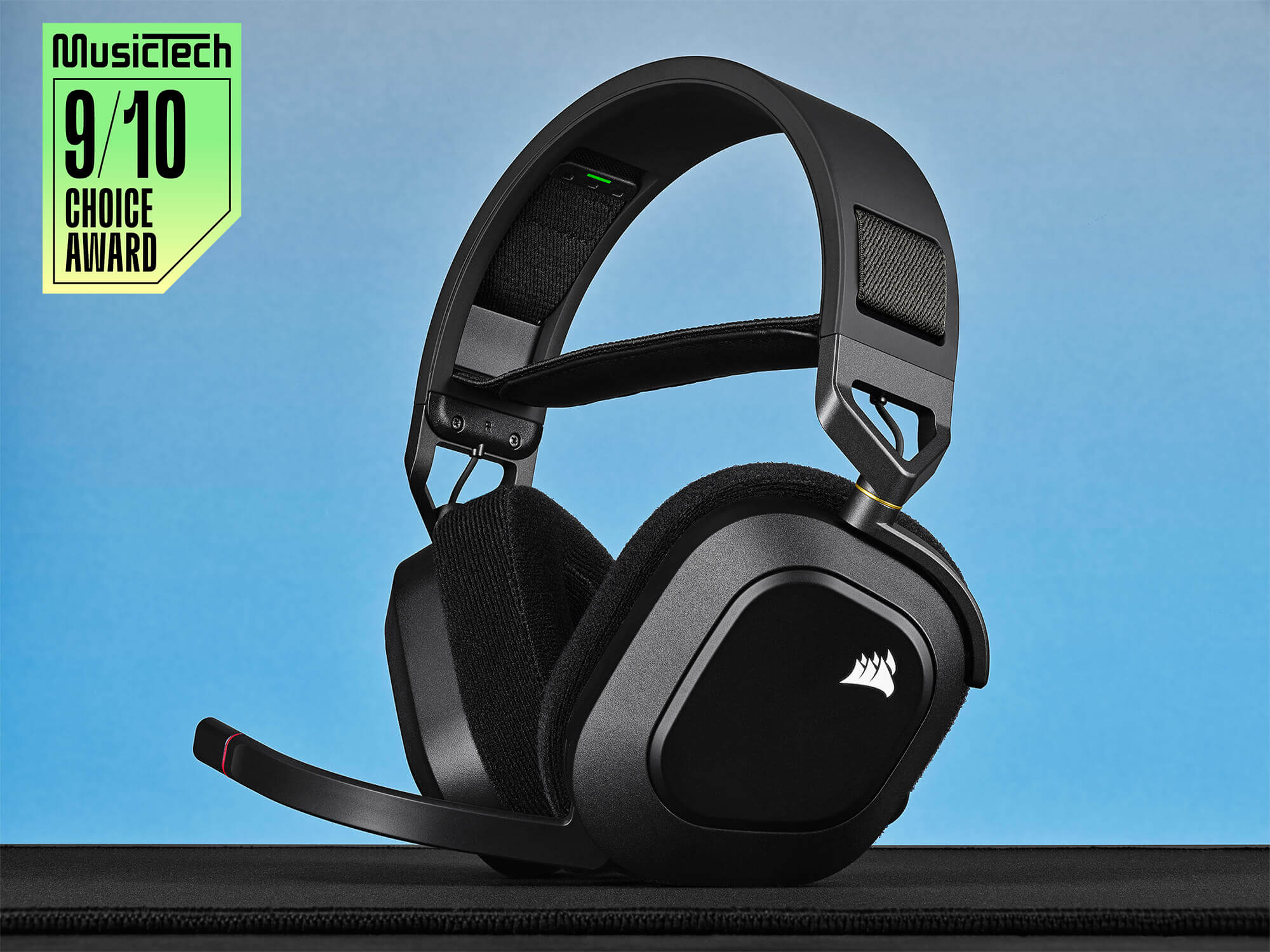 – Expensive
– Mic arm is a little awkward to position


There are plenty of gaming headsets to choose from, but Corsair is keen to make that decision easier with its HS80 RGB Wireless. At $150, they aren’t the cheapest of headsets – but they’re well worth the expense thanks to Dolby Atmos compatibility, reliable wireless connection, sound quality and their sheer comfort, especially over extended gaming sessions.

For your money, you get a really nice looking headset. The HS80 is made partly from lightweight machined aluminium which doesn’t weigh down on your head. The headset also makes use of a floating headband design – meaning a piece of fabric stretches between the left and right ear cups, providing support without feeling too constrictive. These ergonomic features simply mean you’d be able to comfortably strap on the HS80 for marathon sessions in front of a screen.

A microphone is attached to the left ear cup, and can be brought up or down with RGB lights changing colour to indicate when the mic is automatically muted or unmuted. Unfortunately, there’s no way of moving it closer to or further from your mouth.

Elsewhere in the box, you get a wireless USB adapter, and a fairly sturdy USB charging cable.

As you’d expect, setting up the HS80 is pretty effortless – even without Bluetooth. The headset uses Corsair’s proprietary Slipstream wireless technology – which requires an included USB dongle – rather than Bluetooth to receive audio. While this may reduce the HS80’s flexibility, it does offer a strong connection to your PC or console at a range of up to 60 feet compared to Bluetooth’s 30.

Via the free Dolby Access app on Windows 10 and Xbox, you can enable virtual Dolby Atmos for any game that supports it with virtualised spatial audio offered for other games too.

On a full charge, the headset delivers 20 hours of battery life. That’s on the high-end of expectations from a gaming headset in this price range with competitors like the SteelSeries Arctis 9 offering a similar lifespan.

The HS80 features a pair of custom-tuned 50mm high-density neodymium audio drivers with a frequency range of 20Hz to 40,000Hz. They sound great with rich, detailed audio at all times. And thanks to Corsair’s Slipstream connection, we detected no latency or dropouts when tested.

PC users are encouraged to install Corsair’s iCue software but for the most part, there’s no need unless you want to tweak the RGB lighting on the headset. For audio performance, it’s the Dolby Access app that does all the hard work here.

Alternatively, you can also benefit from high-fidelity 24bit/96kHz audio quality if you plug the 3.5mm cable into your source, but this is only for stereo content.

Whatever you choose, the HS80 sounds sublime, ensuring you can hear sounds from all directions while you play or watch an action-packed film. The soundstage is suitably wide at all times so you feel part of the action rather than a spectator. An explosion in game or while watching a film feels suitably bassy and immersive, while more subtle moments like quiet dialogue pop out nicely with detailed mids helping for those finer sounds.

When it comes to gaming, the virtualisation of the sound is truly exceptional when you’re trying to figure out where someone is coming from in Fortnite or Call of Duty: Warzone, but it also works for single player narrative experiences as you feel yourself more involved in the storytelling. Again, that’s thanks to the wide soundstage. It won’t make up for slow reactions but at least you’ll know exactly where something was coming from.

For gamers, the HS80 Wireless Gaming Headset is a no-brainer of a decision. Every step of the way, it provides immersive audio, with Dolby Atmos support on PC particularly impressive. Even for PlayStation gamers, it sounds great and captures the atmosphere of whatever you’re playing very well.

It’s also a great headset for watching films although true audiophiles will need to go elsewhere – like Bose or Sony. Still, for everyone else, the HS80 Wireless Gaming Headset will delight.