Softube’s well-loved Console 1 finally gets some dexterous motorised faders to bolster its already impressive specs. But is this addition worthy enough to warrant an upgrade? 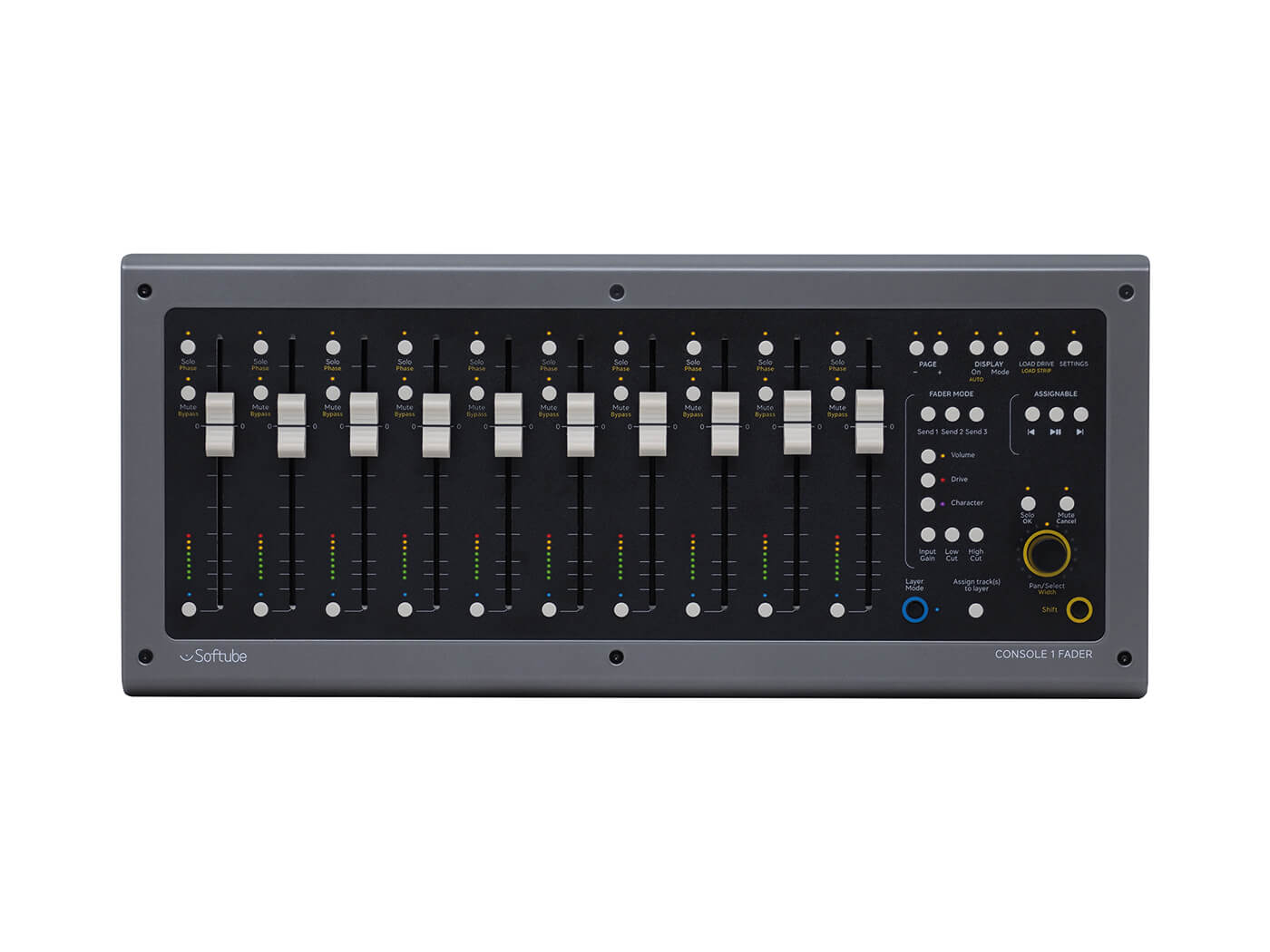 A few years back, in 2014, Softube released the original Console 1; a new, and in some ways peculiar, hardware controller. The peculiar thing about this unit isn’t that it contains no faders; rather, it’s in the way it communicates with a DAW. Many, if not all, DAW controllers rely on Mackie Control and/or HUI communication protocols to communicate with the host DAW, and support for one or other of these protocols is baked into all mainstream DAW software. In contrast, the Console 1 system communicates with its own bespoke software layer, which in turn is linked to channels in the DAW by inserting the Console 1 plug-in onto every channel. The software layer can then host channel strip emulations that process the DAW channel’s audio.

The USP of Softube’s approach was (and is) that the system ensures that a particular control knob will always map to the same (or much the same) parameter, no matter which channel strip is loaded into the Console 1 software, and this makes Console 1 feel very much like the upper portion of a hardware console’s channel strip. On the flip side, eschewing the conventional Mackie protocol approach means that the Console 1 system is not as flexible and configurable as a conventional DAW controller – you can’t use that lovely bank of knobs to control your DAW’s virtual instruments, for example.

But the Console 1 system isn’t intended only as a DAW controller, as it can also be switched to control the software mixer console used by Universal Audio interfaces. There are around 70 UAD plugins that are compatible with Console 1, and whose parameters match and are mapped to the rotary encoders on the Console 1 hardware.

So, now we understand the essentials of the Console 1 system, let’s take a look at the actual subject of this review: the new Console 1 Fader. This adds the missing elements to the system in the form of ten motorised faders and associated pan, mute, solo, and other assorted channel controls. 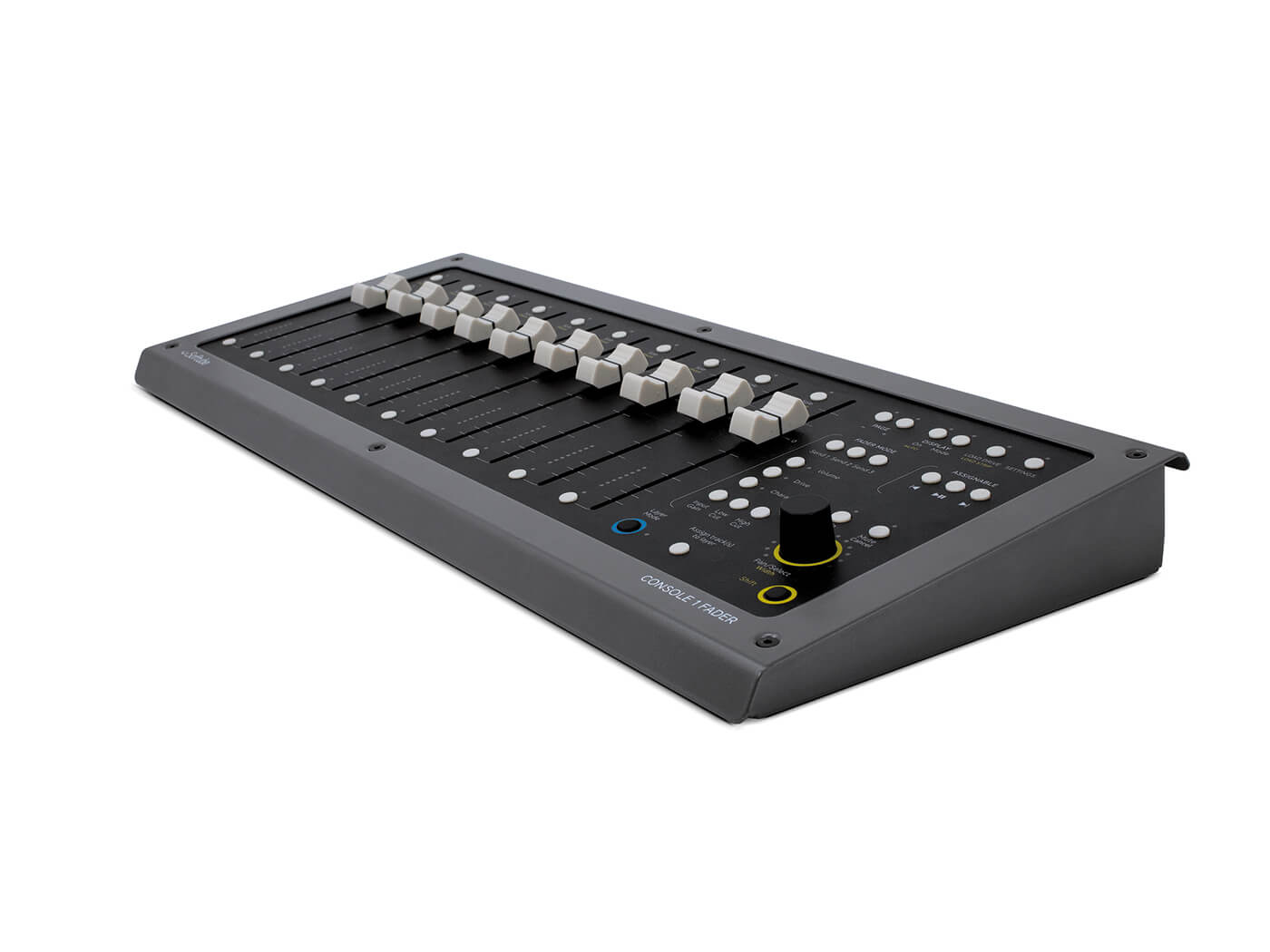 It is immediately apparent on unpacking the hardware, that Console 1 Fader shares the same impeccable design and build quality as its counterpart knob controller, as well as having the same sleek and compact enclosure. This ensures the two units complement each other visually as well as functionally.

The majority of the control panel is taken up by ten 100mm motorised faders, each of which is accompanied by dedicated solo and mute buttons, an eight-part level meter and a channel selector button that both assigns the hardware’s single knob to control a channel’s pan parameter, as well as setting that channel as active within the DAW.

In standard use the hardware faders control the DAW’s channel faders, as you would expect, but they can also control the level of a channel’s first three send busses, as well as various parameters of the channel strip plug-in loaded into the Softube software layer (specifically, the input gain, preamp drive and character, and low and high cut filters). 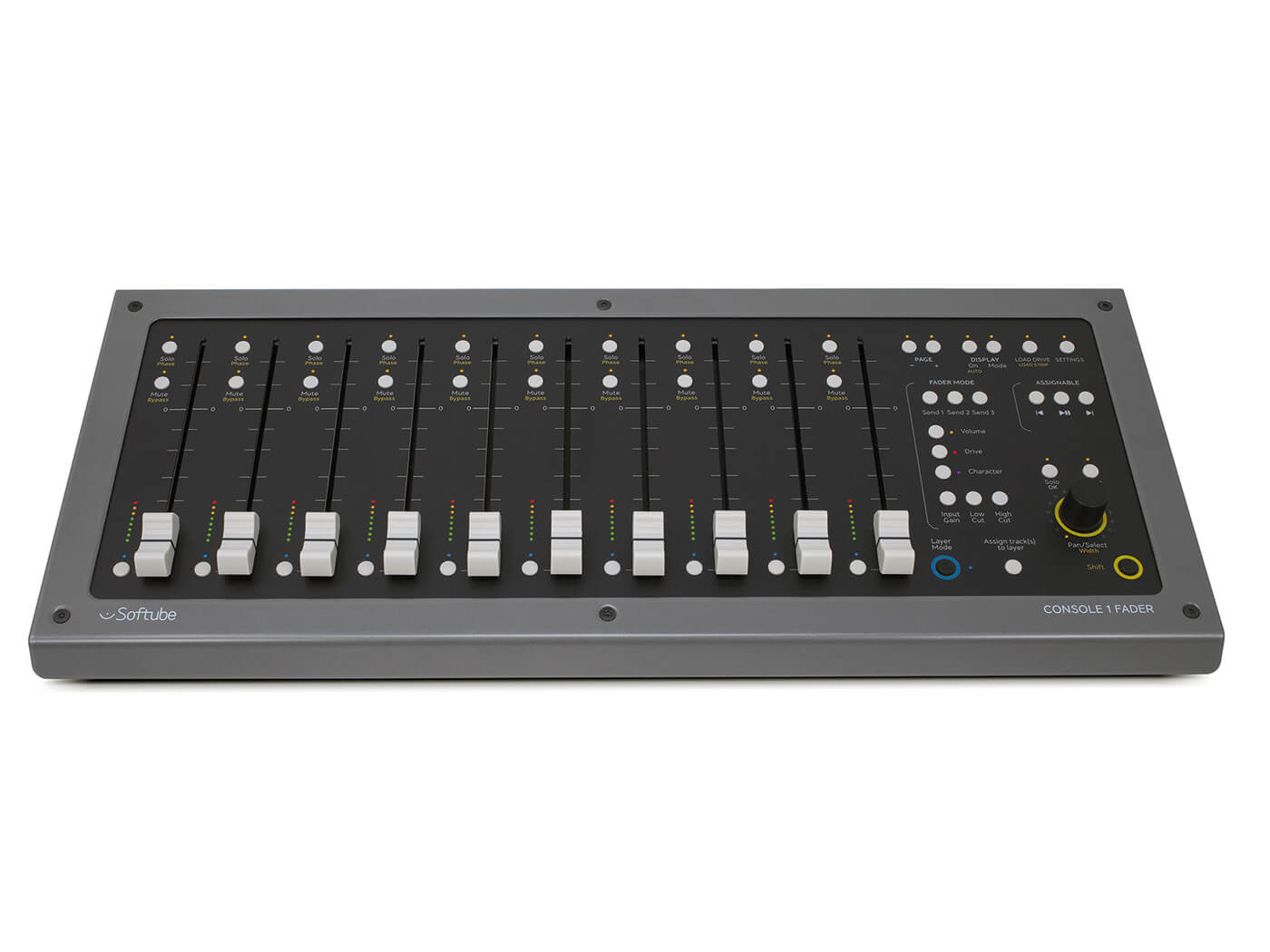 Where many modern DAW controllers incorporate LCD or OLED display panels to show channel and parameter information on the controller itself, Console 1 relies on its software layer – or OSD (On Screen Display) – to serve this function. Once the Console 1 plug-in is inserted on a channel in your DAW, that channel shows up in the OSD, and info about it is taken from the DAW and displayed on the OSD.

The OSD opens the moment you connect Console 1 Fader’s USB cable to your computer, and initially appears as a large blank panel that sits on top of everything else on your screen – DAW, OS components, the lot! There is no way to hide or dismiss this obtrusive panel using your mouse and/or keyboard, and the only way to get it out of the way is by pressing the relevant button on the Console 1 hardware. I find this to be incredibly annoying, and whilst the OSD does have smaller, less obtrusive display modes, all exhibit this ‘always on top’ behaviour, and none can be controlled or hidden directly from the host computer. Softube are considering adding the ability to hide/minimise the OSD with the mouse as part of a future update. 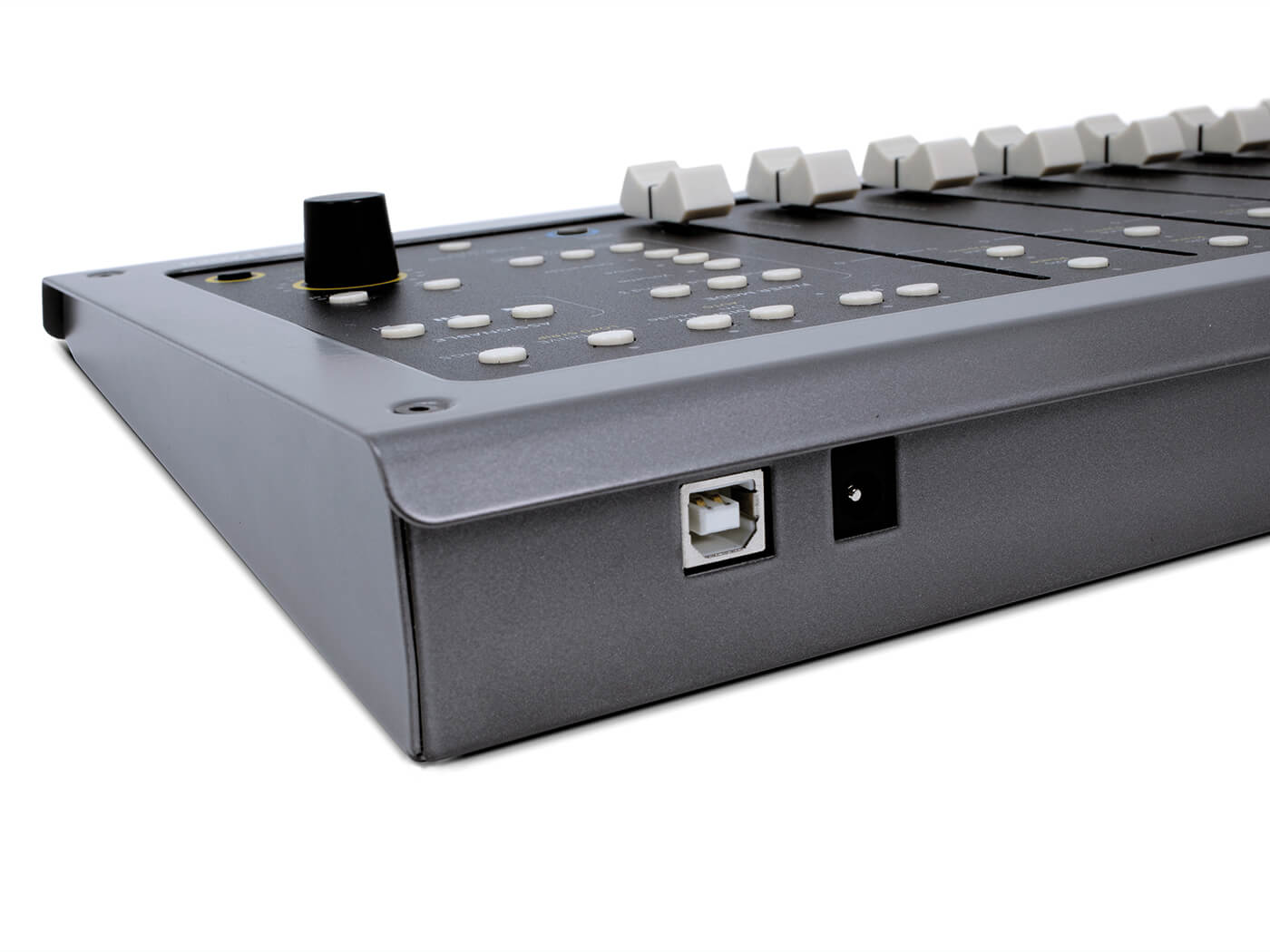 Once you’ve ploughed through setting up Fader to work with a session or project, it does do its job very well. The faders have a smooth – although not the smoothest – motion, and the motors produce no resistance, so don’t create the kind of jittery scratchiness exhibited by some motorised faders. I do however notice that, in my tests using Cubase 10.5, the relationship between the hardware fader position and the DAW’s on-screen fader position is not linear, i.e. if the hardware fader is moved smoothly through its range, the on-screen fader’s movement speeds up, moves steadily, and then slows down again. Softube assure us that this issue has been addressed in a recent software update.

The layout of the different mode and function buttons on Console 1 Fader’s panel is satisfying, as they are uncluttered and clearly labelled, and are well-positioned for ease of use. This makes Console 1 Fader quite easy to work with, but on its own it is quite limited in its abilities – you can’t, for instance, flip the faders so that they’re controlling a specific plug-in’s parameters, or assign a fader to control a specific synth parameter, as you can with the vast majority of other control surfaces.

As is the norm when working with DAW controllers, Console 1 Fader maps its hardware faders to blocks of DAW channels, and you can shift the block of channels being controlled by tapping the conveniently located Page + and Page – buttons. Keeping track of which channels are currently being controlled is tricky though, and relies on you having the OSD open in order to gain that visual feedback.

Looked at in isolation, Console 1 Fader is not really all that impressive, with a price tag that does not match its function and flexibility. But it’s not really intended as a standalone product, but rather as a companion to the original Console 1 controller. When teamed-up like this the system provides a compact and stylish (if still a bit limited) approach to DAW control that will appeal in particular to those who like to work in a console-centric way, and who prefer not to spend too much time poking around on a computer screen. But where the system really shines is when used as a controller for the Universal Audio mixer panel; one of each Console 1 units teamed with a UA Apollo and modest laptop would provide a formidable live mixing solution for smaller bands and venues. Universal Audio announced its new LUNA audio production platform at NAMM 2020. The new system integrates closely with UA audio interfaces and, given the close relationship between UA and Softube and the number of UAD plugins that are compatible with Softube’s hardware, it seems that the Console 1 system is poised to be the ideal controller for LUNA. 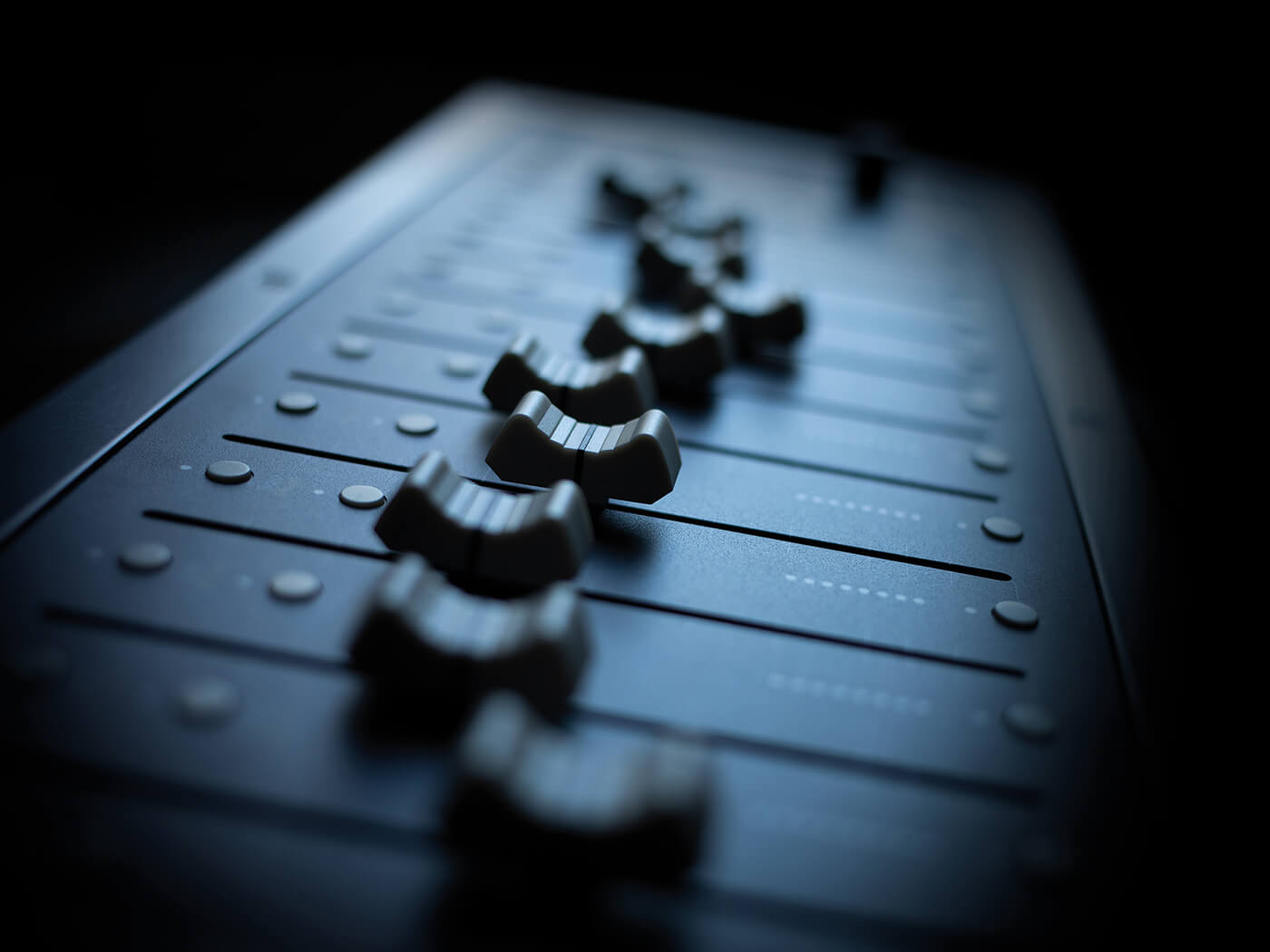 Console 1 Fader is unlikely to satisfy as a standalone DAW controller, as it controls only a limited range of mix parameters, but when partnered with an original Console 1 (knob) controller it makes much more sense. In this configuration, a Console 1 system provides an impressive degree of control over channel strips and mix parameters, and has one distinct advantage over conventional DAW controllers: Where a conventional controller will generally map things like EQ and plug-in parameters to a horizontal row of knobs, with different plug-ins assigning different parameters to each knob, Console 1 ensures that compatible plug-ins always map their parameters to the same hardware control knobs, resulting in a much more intuitive controller all-round. This standardisation is even more useful if using Console 1 to control a Universal Audio interface’s mixer. 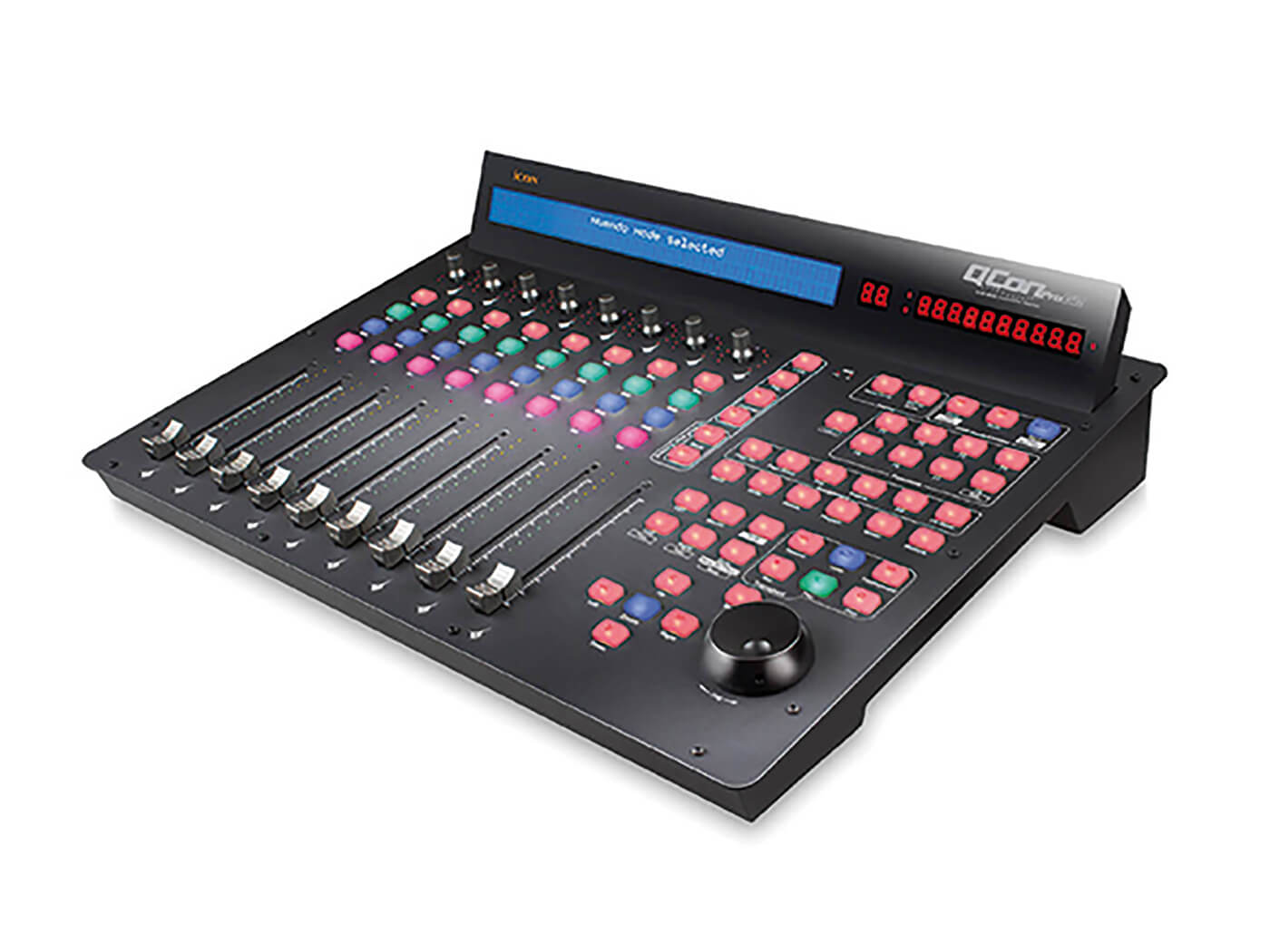 The iCon QCon Pro is a full-featured DAW controller at an attractive price. The main unit provides eight control channels alongside a master fader and an extensive range of control and mode buttons. Additional banks of eight channels can be added in the form of the QCon Ex G2 unit. 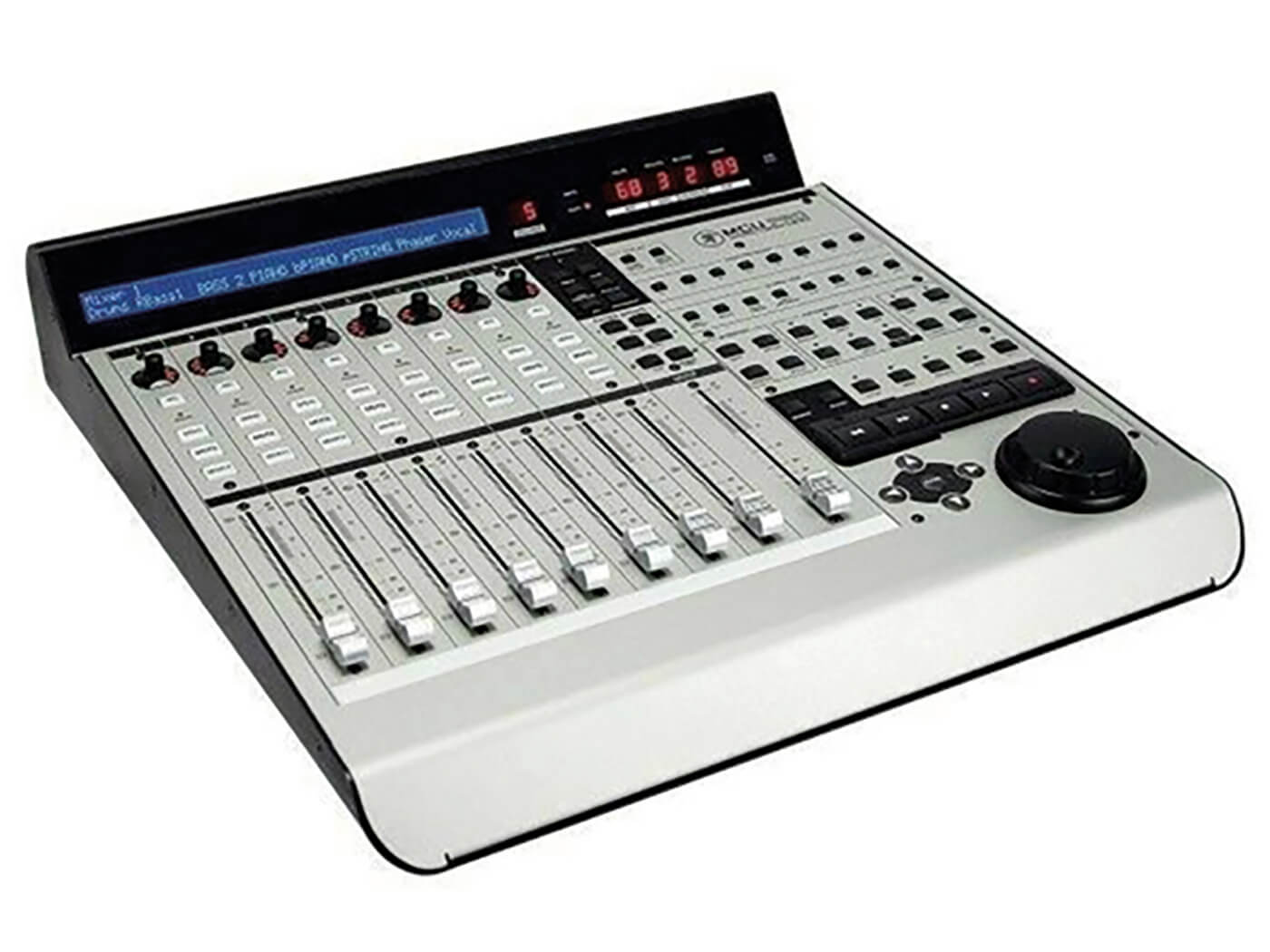 Mackie developed the HUI and Mackie Control protocols that are used by the vast majority of DAW controllers, and they have packed that intimate know-how into their MCU Pro controller. Additional channels can be added in blocks of eight by adding up-to three XT Pro extension units.