Akai’s latest keyboard is possibly its best yet for players, has one or two other VIP experiences hidden up its sleeve and is definitely built for life on the road.

The controller-keyboard market throws up many a varied beast in terms of specs, build, uses and target audience. I’ve recently reviewed everything including keyboards that control hardware, keyboards that integrate with software, keyboards that take on DAW control, and those that do just a little bit of everything. They usually come festooned with faders, pots, switches and any other MIDI controllers that can be squeezed onto their top panels, so Akai’s latest, with just a few buttons to push, but a tonne of connectivity, could be seen as unusual.

It promises to work with just about every piece of software out there, mind and also includes Akai’s groundbreaking VIP software. So there’s obviously a great deal going on behind the scenes here which is not immediately obviously at first glance. Time to delve deeper.

Of course, the name is the clue. This is one keyboard that is more about performing with than controlling, so it’s built more around playing than tweaking. And what a build. There’s no getting away from how heavy this keyboard is – the courier had trouble getting it up my drive. It took around 15 minutes just to unpack and really, it’s a two-person job just to do that. The keyboard is built in to its own case, and it is carry-able with one arm (just) via a handle, but I wouldn’t want to do so for long distances, so if you are a gigging player, then this weight might be a consideration. Mind you, the case is included in that weight and the two combine for one of the most rock-solid packages I’ve ever come across – it really does give the impression of being a pretty indestructible combination.

The keyboard itself only has six buttons for data up/down selection, keyboard transpose, keyboard split (easy to do) and two setup buttons for accessing controller performance parameters and global MIDI, mod/pitch wheel and MIDI functions. Around the back, it gets more interesting, with dedicated footswitches for expression (two) and sustain (one), but it’s the USB interface that is perhaps most useful. With four outputs, you can route your output to the main PA and/or separate mixer for all sorts of monitoring flexibility. The USB standard also means that you don’t need separate power – it runs from your computer, which I find incredible for a keyboard of this girth. I even have it running from my laptop, itself running without external power, sending the portability credentials up a notch. 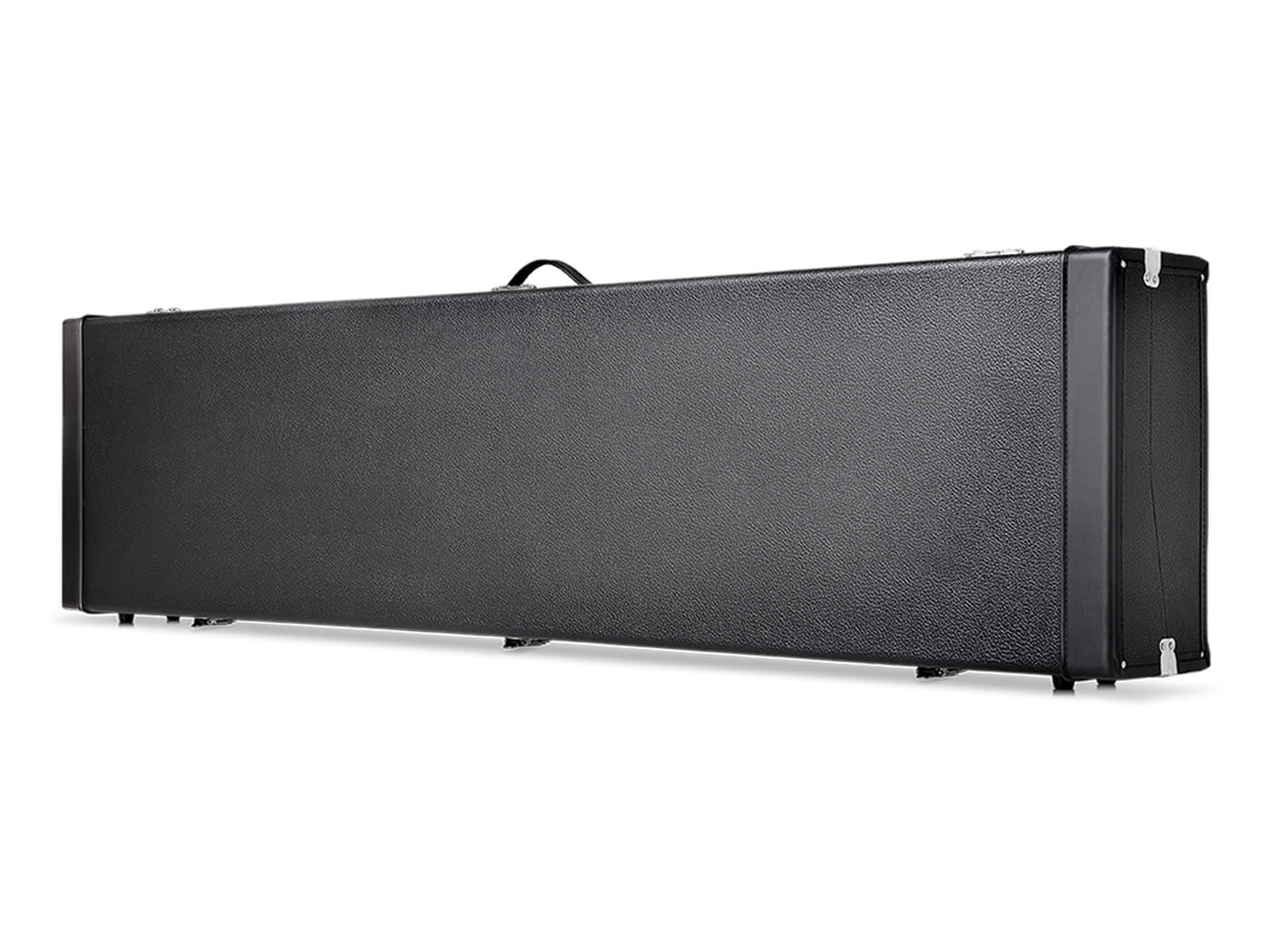 The keybed of MPK Road 88 has apparently been some two years in development and that planning has certainly paid off, as the keyboard itself is undoubtedly the main highlight. Keys are incredibly responsive, very well weighted and delicate play is rewarded with a delicate response. I have it set up next to my upright piano and, while the feel is very different and you can’t really compare them, it’s hard not to – and I find I much prefer the Akai.

Obviously, the sound quality is dependent on the software instrument being played, so I try it out with e-instruments’ Session Keys Electric and it definitely gives you all the swirling detail you need here; with NI’s The Maverick, the wide dynamic of the instrument is easily transferred via the keyboard; and with Modartt’s Pianoteq, I’m getting all the character and some extraordinarily delicate responses from a wide range of instruments. These are probably the finest instruments I have in terms of attention to detail and the playing experience is exceptional, particularly with the Steinways and Bechsteins on Pianoteq. I’m also blown away with the range of them, not being used to always having the lovely width of those 88 notes at my disposal.

Using the MPK Road 88 with your entire instrument collection should be enhanced by the keyboard’s ability to run Akai’s VIP control software. For those not in the know, here’s a quick recap of what that plug-in brings to the instrument party.

I first saw Akai’s VIP software way back at version 1, with the Advance range of keyboards. There it was acting more as Akai’s plug-in control solution, a kind of shell around your collection of plug-in instruments and effects, enabling you to access and control them by way of the Akai hardware. The thinking is that your hardware can then easily take over control of the most important features of the software, making the whole control experience more fluid.

Now at v3.1, the software (sold for $99 separately) is a free download once you register your MPK Road 88 and a 5.76GB one at that (expanding to an 8.4GB install). That’s quite a size, notably because the software comes with a bundle of extras, some full, some not. The Creative FX Collection Plus is an optional extra, although you do get the DB-33 organ (a rotary organ with 120 presets), Velvet (five electric pianos in one) and Mini Grand (with seven different piano models). 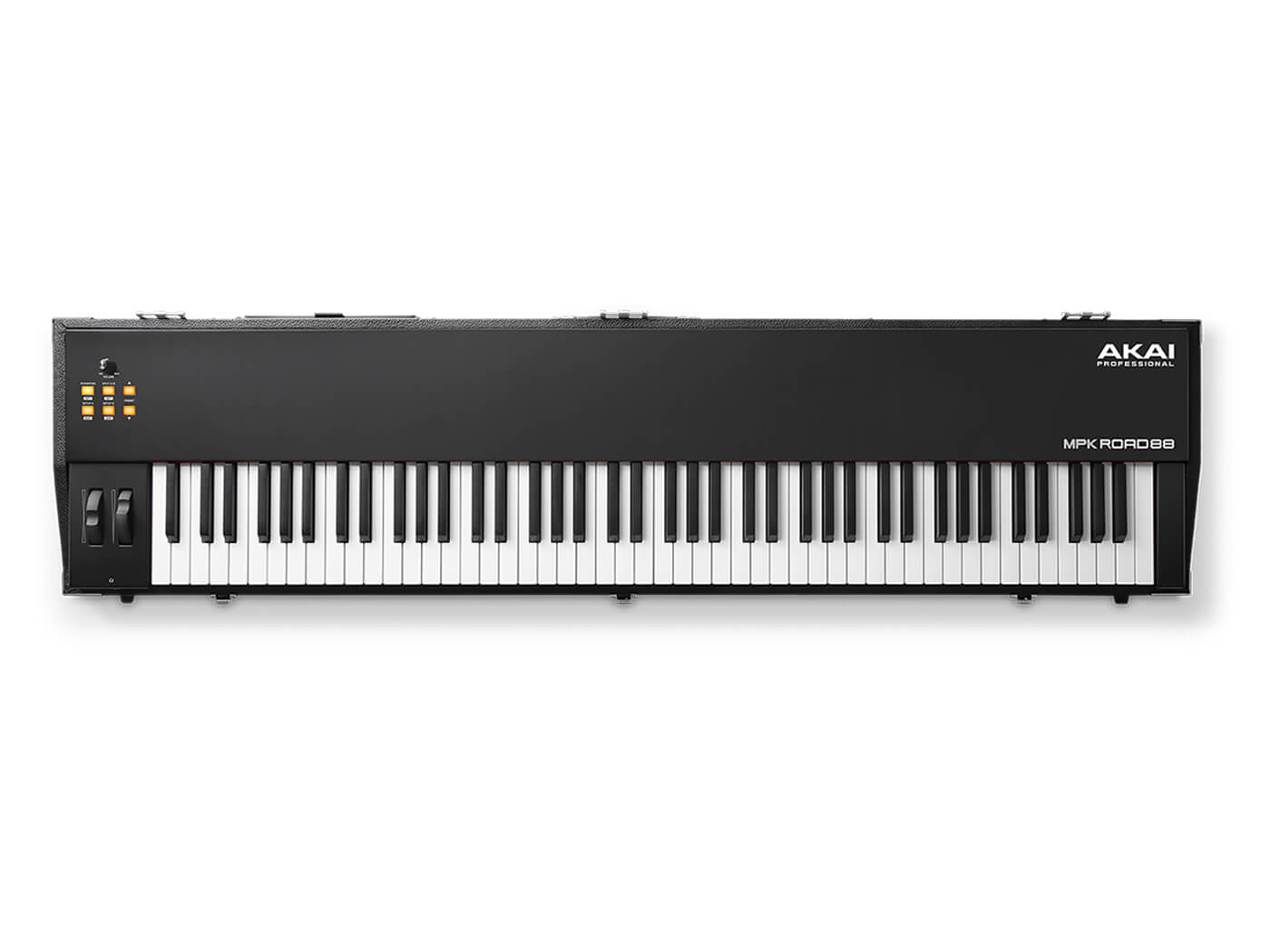 These retail for around $50 a pop and are pretty good; the Mini Grand has some fantastically mellow tones, while Velvet’s electrics can be everything from swirling and jazzy to off-the-wall and effected.

The VIP software itself works well, though and notably now runs with any MIDI controller, not just Akai ones. It has moved on considerably from being just about software control – just as well, as MPK Road 88 has no hardware controllers to integrate with it! Where it comes into its own here is as a fantastic preset manager for your entire plug-in collection – choose such instrument presets by various tags including instrument, timbre and style and also choose effects by type, subtype and more.

There are other features, including chord progression and key options and you can also create stacks of instruments and effects in multis and also construct live setlists for gigging – particularly useful with a keyboard like MPK Road 88. VIP handles these processes with ease and the software and hardware do go well together. You can’t help but think that you’re missing out on the software control side of VIP, though, simply because this latest MPK comes with none of the hardware control – hence the alternative argument below… from Akai!

Perhaps obviously then, MPK Road 88 is all about the playing experience afforded by that keyboard. For a full-weighted, hammer-action keyboard of this quality, you’d normally expect to pay a lot more, of that there is no doubt. Of the keyboards I’ve tested, I’ve certainly not enjoyed this kind of quality for less than four figures before now. If you are a player, then, MPK Road 88 could well be the mid-priced solution you are looking for.

While the VIP software is great, forget the software control side of it when used with the Road; VIP’s really just here to help sort out and play presets and then create live sets for gigging musicians – great, but you don’t get to explore its software-control side. If that is what you want, though, there are better solutions that make more of the VIP experience, most notably Akai’s own MPK88, that comes with all the physical controllers and screen to make VIP a great ‘software feels like hardware’ solution.

What you do get with the Road, however, is that flexibility afforded by the extra outs on the interface and a better playing experience – especially for the cash outlay. The Road 88 is definitely built for life on the road, too. Just make sure you have strong arms and this will serve you well in any performing situation.

If you need something well-built for life on the road but don’t have masses of cash to splash then Road 88 MPK could well be your solution. It’s obviously more ‘road’ than ‘studio,’ but the inclusion of the VIP software is a plus, albeit one with caveats. Perhaps the biggest bonus is that USB interface, which gives you much more routing flexibility than you initially think – very useful live.

This also comes with a fully-weighted 88-note hammer-action keyboard, although the Road 88’s possibly edges it, feel-wise. However, the MPK88 wins out on controls and sliders, so you can enjoy that VIP software experience more. 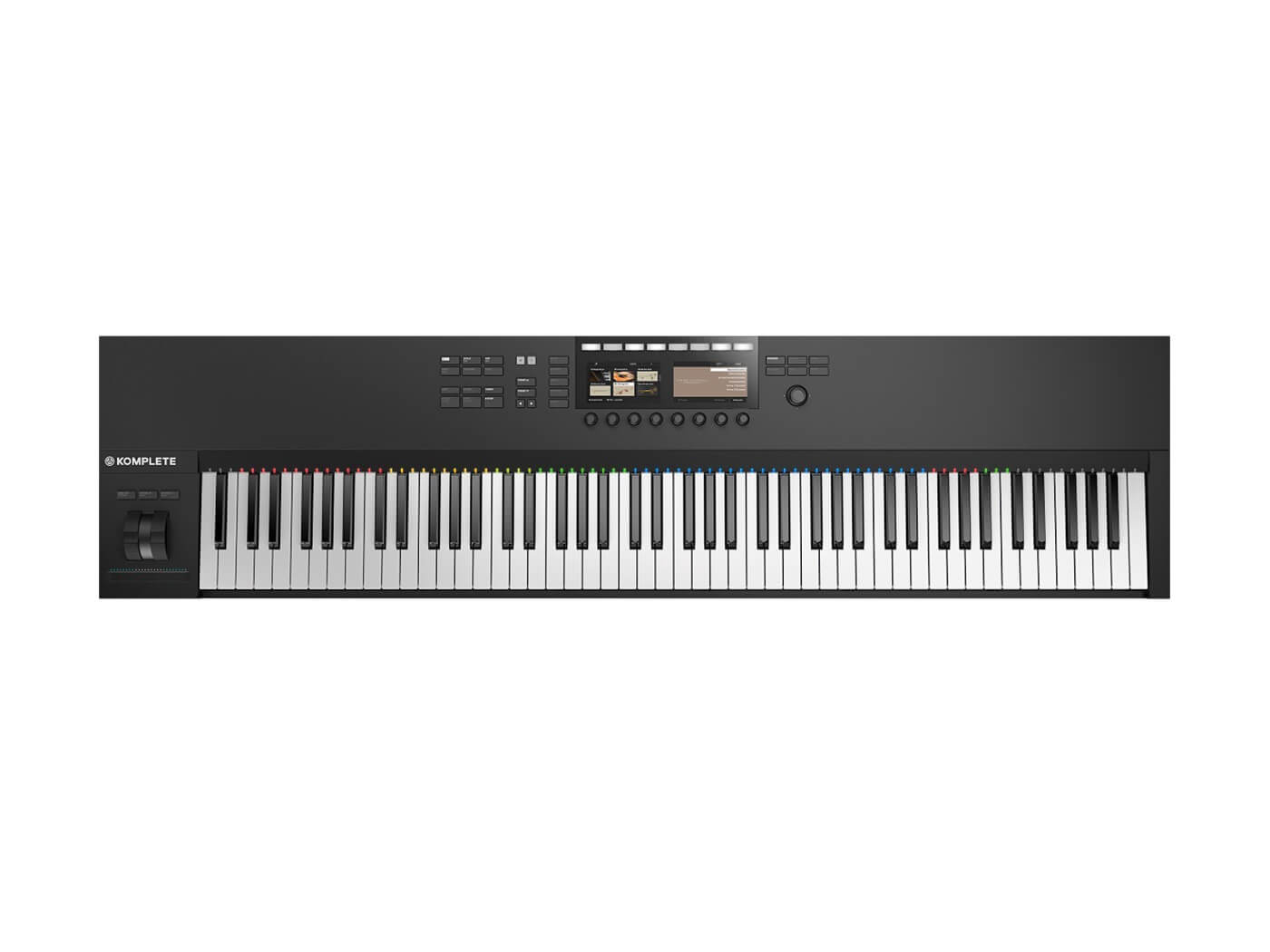 I looked at the Mk1 version of this a while back, but it’s been updated with better screens. It too has a hammer action keyboard and is probably the best players’ KK experience.