Komplete Kontrol, the software, has been updated and the hardware gets an addition, too, in the form of a brand new 88-note keyboard. The ultimate integration? Andy Jones finds out… Details Kit Komplete Kontrol S88 keyboard and v1.5 software Manufacturer Native Instruments Price £729 (S88). Other keyboards in the range are now at a lower price: S25 […] 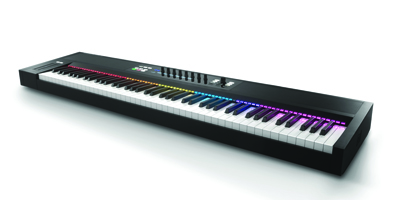 Komplete Kontrol, the software, has been updated and the hardware gets an addition, too, in the form of a brand new 88-note keyboard. The ultimate integration? Andy Jones finds out… 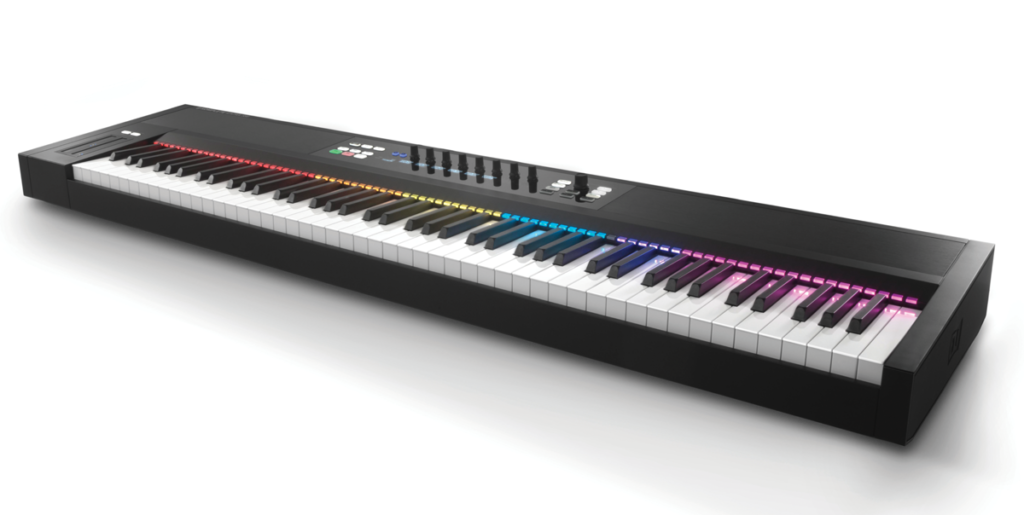 There are some products that follow trends and some that create them. Komplete Kontrol definitely sits in the latter camp, and since its release in both software form and the S-Series keyboard range, it has set the bar, not just for controller keyboards but for the very way that music production software integrates with hardware.

And it’s also helped the computer to be relegated to less than the main player in the recording studio. OK, you might think that’s over-stating the impact of this range, so a quick recap might be in order…

Until a few years ago, the computer was the dominant force in music making. Native Instruments itself was one of many companies producing music software that could do everything, and I mean everything.

However, a combination of software piracy, amazing new and colourful gear, a shift back to analogue, and the sorry fact that people were starting to mix with their eyes rather than their ears has meant that hardware has made a glorious return.

Ableton’s Push and NI’s Maschine have married the old software to this new world and simultaneously helped pull people’s faces away from their computer screens. And just over a year ago Komplete Kontrol promised the same for the keyboard player – and thus the broader playing world at large. Komplete Kontrol marries a great piece of hardware to possibly the finest music production bundle out there: NI’s Komplete collection (now at v10).

The Komplete Kontrol software offers a shell-like interface, while the Fatar-made keyboards replicate the software in hardware form.

I say again: replicate the software in hardware form. 15 years ago, I’d have been happily telling you the opposite was true in the studio world. Crazy!

So anyway, with KK software you can dial up anything in Komplete and Kontakt, all from your S-Series keyboard via preset type or list. You can step through the presets and control the most important parameters via the rather great Clear View screens.

The best bit is that everything, right down to the mult-coloured key ranges that have become Kontakt’s trademarks, is now replicated on the actual hardware keys of the keyboards by way of the S-Series’ Light Guides.

It’s hardware that does software, it’s multi-coloured and striking, and it keeps your head focused on what you are playing rather than what your mouse is clicking. It’s so 2016!

It’s also brilliant and Komplete Kontrol began, or at least helped chivvy along, a revolution in hardware and software integration that Akai has followed with its Advance range, Push 2 looks like maintaining for Live and Arturia, Novation and many others also have a hand in.

Which Brings Us Nicely To…
With everyone jumping on the bandwagon, though, NI has not rested on its laurels and has made several important updates to the Komplete Kontrol philosophy over the last year.

This includes third-party support, with the all-new Native Kontrol Standard (NKS) essentially meaning that the KK software and keyboards can be opened up to the VST community, so we’re not talking about hardware integrated with just Komplete but potentially a lot more developers. So far, Heavyocity, ProjectSAM, Arturia, Spitfire Audio and Sonokinetic are just some of the big guns who have signed up.

We’ll be looking at how Komplete Kontrol works on third-party software as we review it (look out for the Arturia V collection update soon). For now, we’ll cover what else you get with the software and the more immediate bonus: £850 of instruments within the all-new Komplete Select bundle.

Needless to say, this takes advantage of all of the S-Series’ hardware’s integration features while also offering a great selection of Native Instruments’ own software line-up.

It includes personal favourites Retro Machines, Monark and Massive, but there are some other choice titles here, including The Gentleman (piano), Drumlab and Vintage Organs – a little bit (actually quite a lot) of everything to show off what the Komplete Kontrol 1.5 software can do.

The Hardware
So that’s the software, but we’re not finished. Testing the new 1.5 update required a Komplete Kontrol S-Series keyboard, so we took delivery of the brand new S88 keyboard and are including that in this test, too – to be rated separately.

Hardware-wise, the all-new keyboard is ‘the biggie’: 88 notes of fully-weighted, hammer action keys and touted as the ultimate keyboard for the ultimate controller range. The keyboard is identical in format to the others in the S- range in that all the action takes place in the centre bar – the two multipurpose touch strips on the left.

There are Browse and Cursor buttons on the right to navigate through the KK software and eight Clear View screens and rotaries in the centre. There are performance keys, arpeggiator controls and the transpose keys to the left of these, and that is it. If you have any of the existing Komplete Kontrol S-Series, you will be at home here. If not, here’s a quick recap of my previous review to explain that all important integration.

Perfect Integration
Within Komplete Kontrol you get access to all of your Komplete instruments (and now other plug-ins) and you can select sounds via the instrument title and then focus on preset type and select that way. The beauty is that all of this can be done via the hardware controls, so you can be away from the computer screen and more focused on your playing and recording.

You can load up the Komplete Kontrol software standalone or as a plug-in. The integration then dramatically swings into action as the most/important parameters of whatever sound you have dialled up are mapped (via Native Map) to the Clear View screens.

I can’t stress how cool this is. They are designed in such a way that the hardware/software combo almost mimics a hardware experience, so suddenly that FM7 preset you have always loved becomes an FM7 preset, which is easily and dramatically tweaked.

The software instruments, therefore, come alive as not only preset selection is made easier but also editing, mapping, tuning and performance, all done via hardware, so negating a lot of – but not all of – your mouse clicks.

On that score, don’t think that this by any means frees you of your computer completely – you will still need to load up the instruments in whatever DAW you use and, of course, work in that software, but the hardware is more than capable of handling your Komplete duties and can also load in other plug-ins.

We had G-Force’s excellent Oddity 2 loaded up, and while not all of the KK controls are mapped to certain plug-ins, more will doubtless sign up to the NKS standard. Back to the hardware, and the new S88 certainly feels its cost.

It is pricey – a full £300 more than the 61 – but the keys will be attractive to proper players. They are fully-weighted, slightly heavy compared to the action on the Nord Stage 2 I also have in the studio for testing, but far more respondent than the 61-note S-Series I also have. Whether it’s £300 extra worth paying is, I’m afraid, a decision you will have to make, as this depends completely on your playing ability and needs. 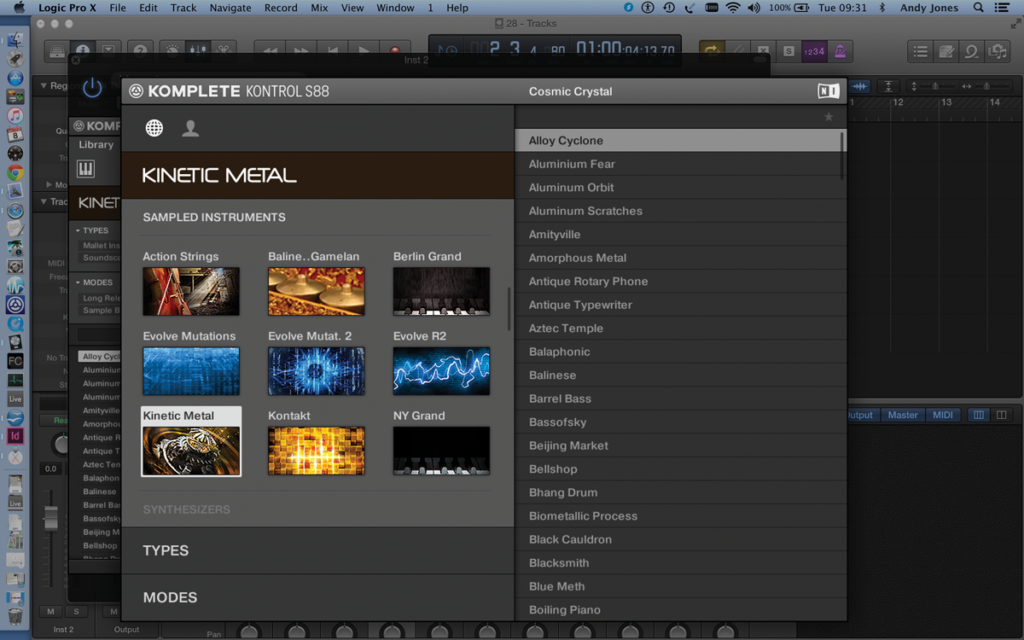 1: Main Browse Screen
Press Browse in the hardware and you’ll be presented with all of the plug-ins you have (and annoyingly some that you don’t). Select here… 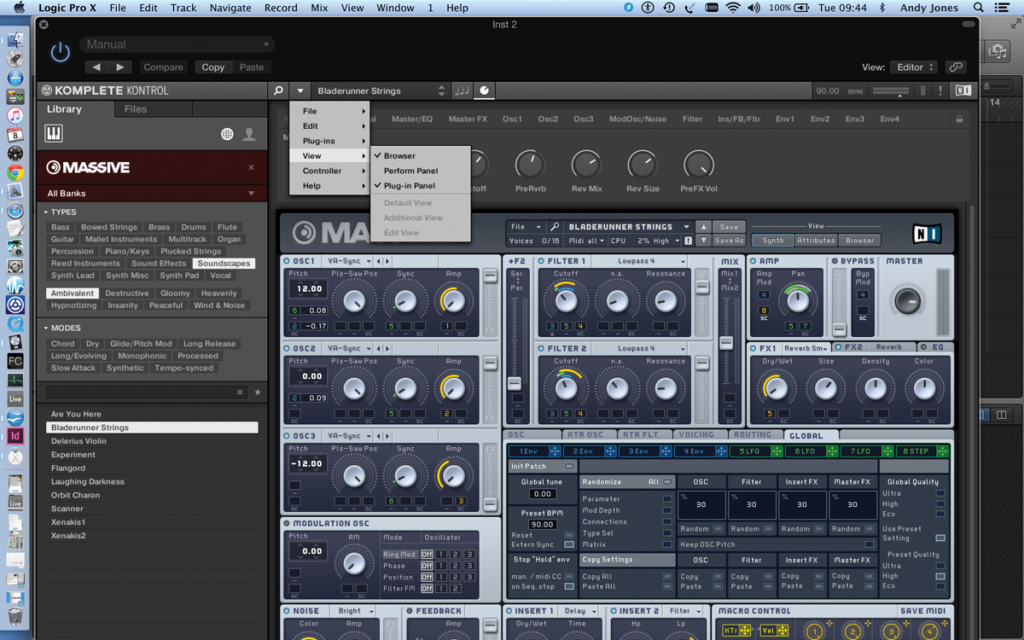 2: Komplete Instrument
Load in your Komplete Select instrument – in this case Massive – and show the Plug-in panel to reveal the control assigned to the Clear View rotaries 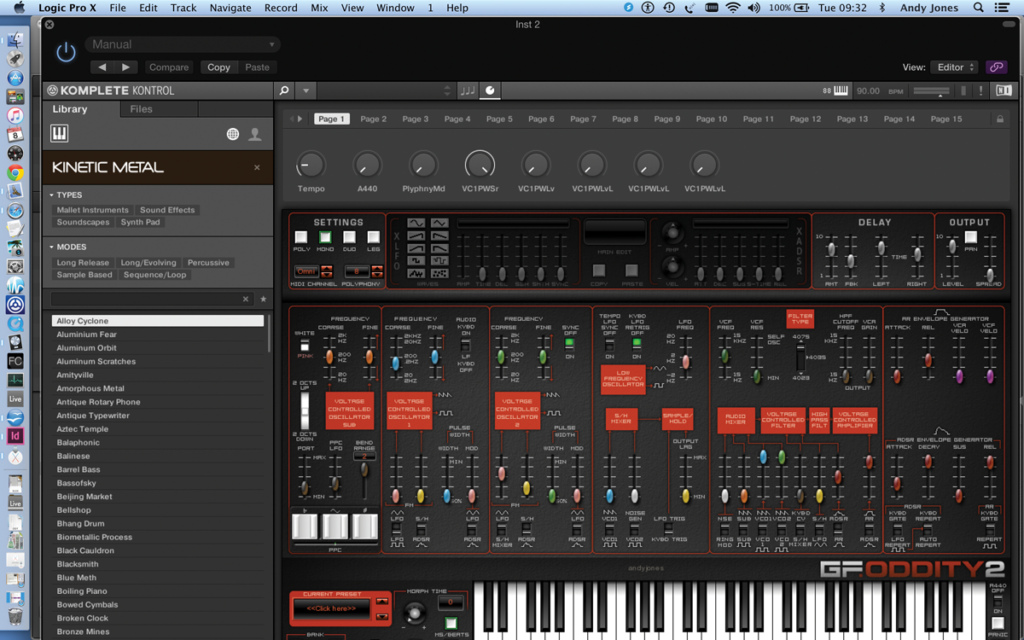 3: Other People’s Plug-Ins
Load in other plug-ins via the drop-down menu, but don’t expect them all to be NKS-ready just yet. They will play, but you won’t be able to control all of them via KK.

Alternatives
Where do you start? In terms of controller keyboards, there are stacks to go for. I’ve had some great experience with the Alesis V and VR ranges and Korg’s Taktile models, but for more integration the Arturia KeyLab range has been updated and includes a whole range of that company’s classic synth heritage. The closest to the KK experience, though, is the Akai Advance range, which includes VIP software that really gives you the hardware and software integrative experience.

Konclusion
We’ve reviewed the new Komplete Kontrol software and S88 keyboard together, as they are obviously designed to go together, but you can, of course, choose any of the four keyboards now in the range, and anyone who has already invested in Komplete Kontrol can download Komplete Select for free, so get to it!
The new software is really all about NKS integration and the instruments you get from the off with Komplete Select.

With both additions, you will be enjoying a much more integrated package and one of the best hardware and software set-ups out there. I say ‘one of’ because, of course, NI’s own Komplete 10 software bundle is even better, and should you want the absolute ultimate in that arena – the appropriately named ‘Ultimate’ – it will cost you £579 over and above whichever S-Series keyboard you opt for.

I have to say, though, that it is worth it, as you get hundreds of GB of the best instruments and content around – literally everything you should ever need for music production. Komplete Ultimate is also what the S-Series is designed to work with, so as good as Komplete Select is, this is what NI’s designers had in mind with the S-Series keyboards – and to use the S88, Komplete Kontrol and Komplete Ultimate 10 is undeniably one of the best experiences in music production

(I upgraded to v10 for this review and have to say it is staggering and very easy to install – Ultimate has never been so appropriate a name).
However, we’re also going to mark the all-new S88 in its own right, as it comes with one or two caveats which we’ve already touched upon. It now costs a whopping £300 more than the 61-note, which puts the 88-note out on a limb a little price-wise.

So, while I love it – and I absolutely do – you may find those 61 notes enough, especially for £300 less. Personally, I think it’s a bit steep a gap, or that perhaps the 61-note now looks even more attractive. Having said that, these 88 notes are weighted and seeing Light Guide across them in action in your studio is something else to behold. So if you are a player, and have a few quid, this is the one to get.

Either way, one of the range should be an even more attractive option, especially with the world and his wife now invited to the Komplete Kontrol party and £850 of software to tuck into when you arrive. 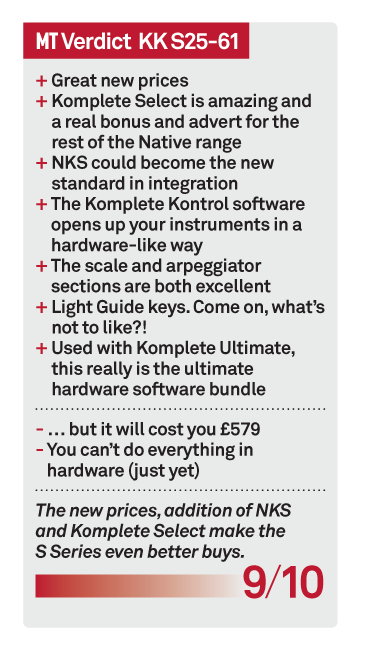 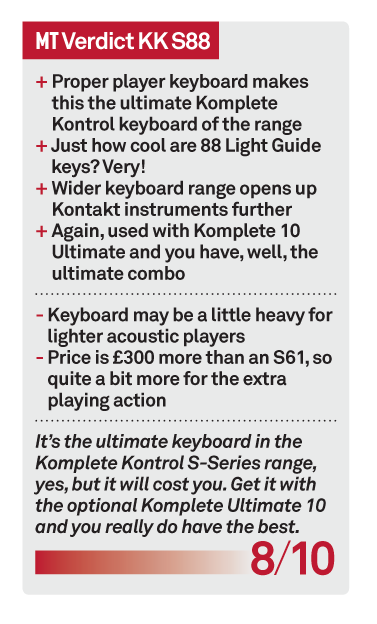