The late drummer laid down grooves at Smart Studios for Yurt Rock – and now you can use them royalty-free. 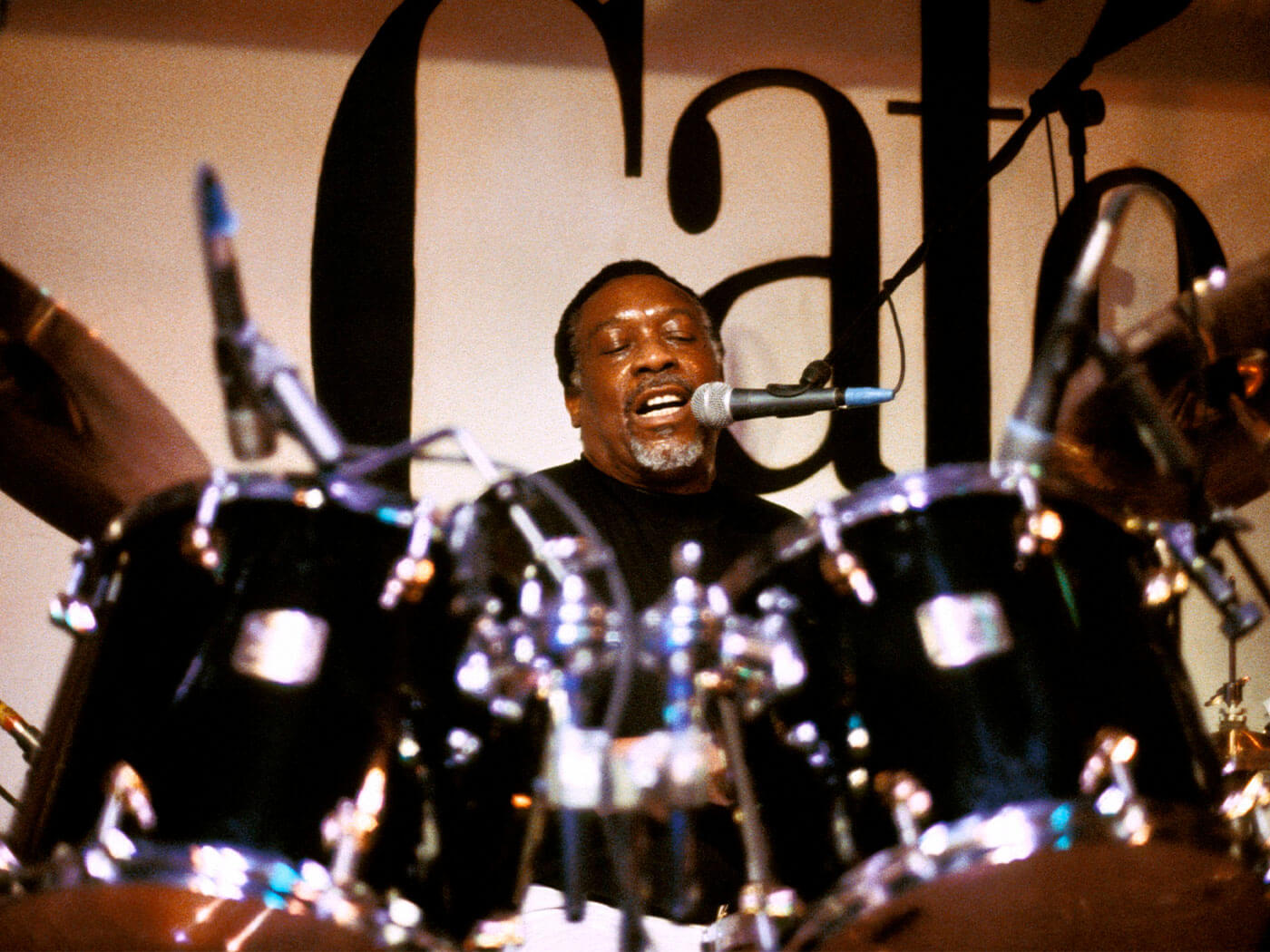 Yurt Rock’s sample pack comprises MIDI and audio loops, labelled by BPM, drum and style. They are 100 per cent royalty-free and can be loaded into any DAW, sampler or sequencer, as 24-bit/48kHz WAV files.

The sounds of Clyde Stubblefield – The Funky Drummer are from a 2001 recording session with Leo Sidran at Butch Vig’s Smart Studios. Speaking of the session, Sidran says: “There was no real plan. I asked him to play some of his most memorable beats and he obliged. He had no click, no song form, nothing but Clyde. He played each groove for a few minutes, naturally and instinctively.”

Stubblefield was a drumming legend, whose grooves can be heard on some James Brown records, including the Sex Machine album, Cold Sweat, There Was a Time, I Got the Feelin’, Say It Loud – I’m Black and I’m Proud, Ain’t It Funky Now, Mother Popcorn and Give It Up or Turnit a Loose.

He is also the world’s most sampled drummer, with his breaks from James Brown’s Funky Drummer sampled by revered hip-hop artists such as Dr Dre, J Dilla, Beastie Boys. Even Ed Sheeran needed a touch of the Funky Drummer.

Leo Sidran continues: “It’s a rare opportunity for so many who have been inspired by Clyde’s playing to finally come into contact with The Original for their own projects

Clyde Stubblefield – The Funky Drummer is available now at an introductory price of $39, moving up to $49 on 21 April 2021. The late drummer laid down grooves at Smart Studios for Yurt Rock – and now you can use them royalty-free.