Unheard Radiohead demo cassette from the 80s sells for £6,000

Three tracks are on the cassette, along with a handwritten note from Thom Yorke. 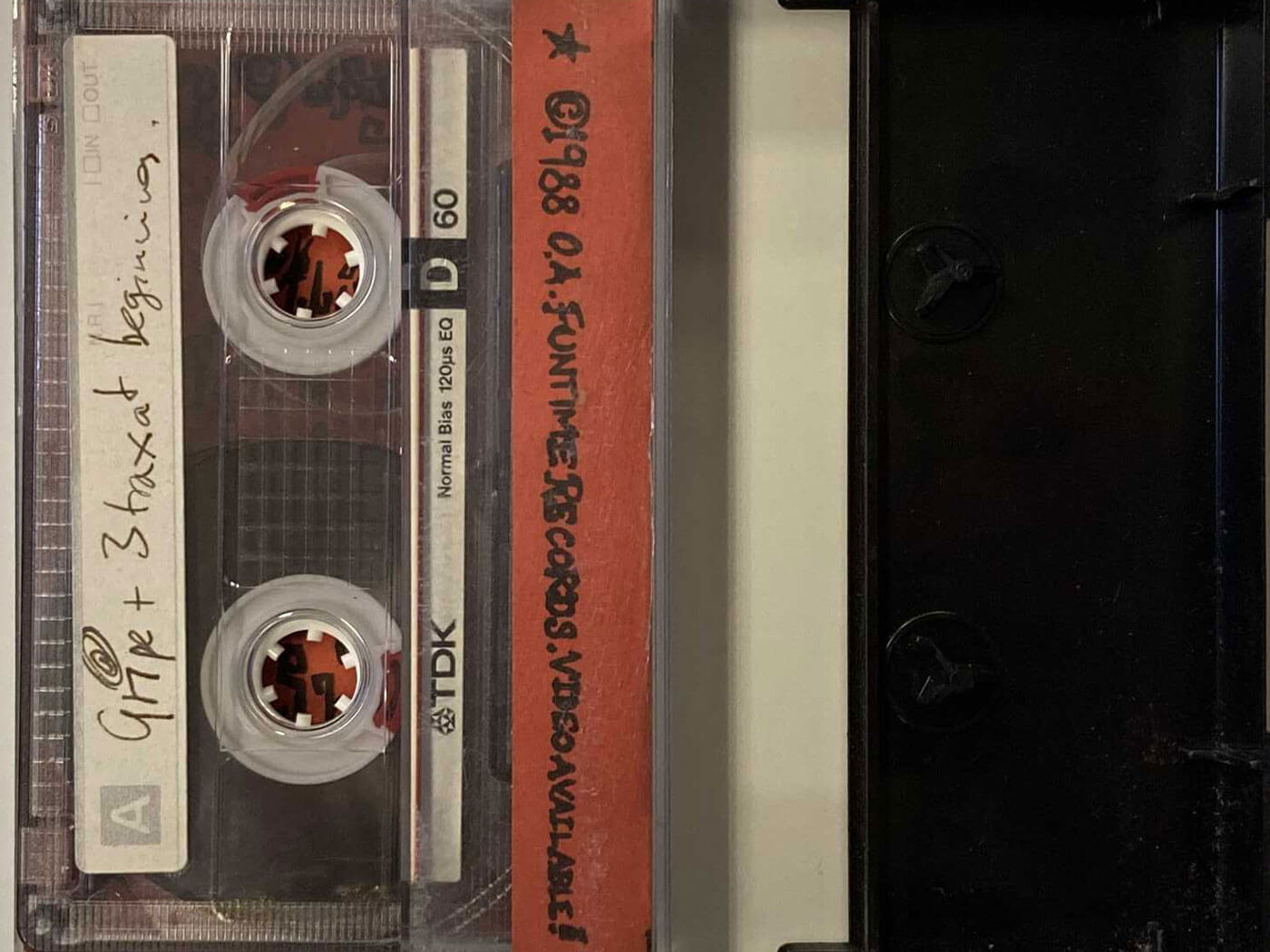 A late 1980s demo cassette recorded by Radiohead, then performing as On A Friday, has sold at an auction for £6,000.

Titled Gripe, the six-track tape features three unheard tracks and an inlay card drawn by Thom Yorke. On the reverse of the tape are liner notes, reading: “before the ones overleaf are the following (most recent recordings 1989) Promise Me (Thom), Body(?) in a box (Colin/Thom), These are the Chains (Thom).”

The three tracks are not just unheard, but also undocumented. Along with these elusive songs, the tape features Happy Song, To Be A Brilliant Light and Sinking Ship. These are also detailed on the red inlay card made by Yorke.

Gripe was recorded at Woodworm Studios, Oxfordshire, during the time the band was still attending Abingdon School. The tape’s credits list Thom Yorke and Ed O’Brien on vocals and guitar, Jon Greenwood on keys, viola and harmonica, Colin Greenwood on bass, Phil Selway on Drums, Raz Paterson on lead alto sax, with Liz and Charlotte Cotton on alto sax.

Omega Auction, the auction house that hosted the sale of the tape, called the demo “an incredible piece of Radiohead early recording history!”

Check out the listing here.