The follow-up to OK Computer took them to dizzying new creative heights yet left many fans of their previous output stone cold. Andy Price explores Radiohead’s Kid A… Producers Nigel Godrich, Radiohead Engineer Graeme Stewart, Gerard Navarro The Tracks 1: Everything in it’s Right Place 2: Kid A 3: The National Anthem 4: How To […] 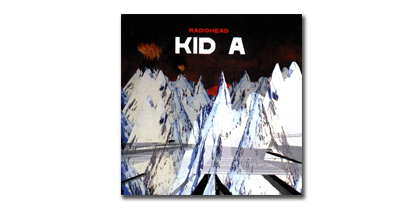 The follow-up to OK Computer took them to dizzying new creative heights yet left many fans of their previous output stone cold. Andy Price explores Radiohead’s Kid A… 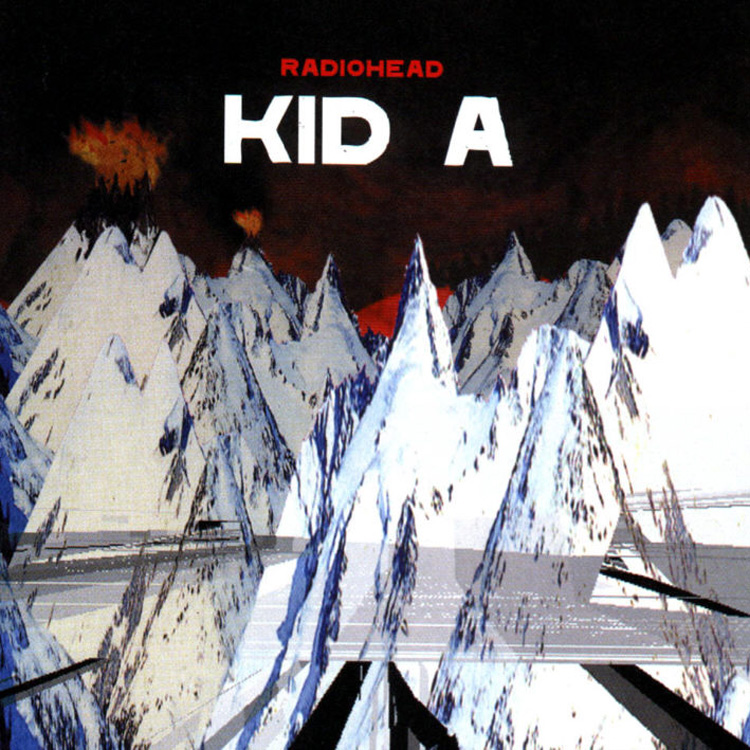 The Tracks
1: Everything in it’s Right Place
2: Kid A
3: The National Anthem
4: How To Disappear Completely
5: Treefingers
6: Optimistic
7: In Limbo
8: Idioteque
9: Morning Bell
10: Motion Picture Soundtrack

Following their masterful and critically venerated 1997 opus OK Computer, Radiohead took an unexpected creative turn with their fourth record. Kid A was released to a more varied response by comparison to the fanfare that greeted their previous album, with many in their fanbase bemused by the complex and deeply textured sonic landscapes.

Although OK Computer had implied a shift towards a more experimental direction with the multi-sectioned prog rock of Paranoid Android, courageous arrangements and the Sinclair ZX Spectrum-generated robotic interlude of Fitter Happier, it was, on the whole, still a guitar rock record. Kid A, however, is not so easily defined.

Work on Kid A began in 1999 with producer Nigel Godrich, but differing creative views internally stifled the band’s initial ideas. Guitarist Ed O’Brien saw the new record as a chance to strip the band back to their roots and return to three-minute, guitar-based pop songs. However, Thom Yorke was having more out-of-the box ideas: “You can’t just sit in a room together and play in one way for the rest of your lives and expect it to be wonderful. It’s not going to happen,” Thom said following Kid A’s release.

Taking their cue from a range of diverse influences – including the likes of Aphex Twin, Neu! and Talking Heads – they set to work on their fourth record at a range of European studios before finally completing work in their own Oxford-based studio and settling there. Using a combination of Cubase for MIDI-sequencing duties and Pro Tools for track editing, they crafted an eclectic and experimental set of songs.

Radiohead didn’t release any convential music videos for the songs from Kid A – instead they harnessed the power of their newly generated internet fanbase and released a series of ‘blips’ – short teasers featuring a variety of interesting imagery promoting all the tracks on Kid A. This compilation collects them all

The National Anthem was influenced by ‘the soundscape of chaos’ jazz freestyle of Charles Mingus, held down by a repetitive, robotic bassline fed through a Lovetone Big Cheese pedal, with lyrical content for this and other Kid A tracks being cultivated using the cut-up method popularised by David Bowie and William Burroughs that originated with the Dadaists of the 1940s

The album’s opening track, Everything In Its Right Place, was initially conceived on a Fender Rhodes Mark I piano bought by Thom in 1996 and mic’ed up with Shure SM57s, but after trying out the song again using a Sequential Circuits Prophet 5 they decided to alter the arrangement, giving the finished track a somewhat otherworldly, futuristic feel. The Prophet was also used heavily on the title track, along with an eerie, unsettling vocoder-treated lead vocal from Thom Yorke, manipulated further in Pro Tools.

Lead guitarist Jonny Greenwood became fixated with the classic Ondes Martenot – a forerunner to the synthesizer – and used it to great effect on How To Disappear Completely, Kid A and The National Anthem. He got hold of the special digital model of the Ondes Martenot from a limited reproduction run of 50 created by Maurice Martenot’s son, and is generally credited with bringing the instrument to a wider audience, as well as inspiring its subsequent use by Muse and Daft Punk amongst others. He also utilised a Moog Rogue to generate some of the more abstract sounds of the record.

The album wasn’t just an excursion into electronic experimentation, however: Radiohead explored more diverse songwriting avenues – album closer Motion Picture Soundtrack, for example, was intended to replicate the soundtracks of 1950s Disney movies, recorded by Yorke alone with a pedal organ, whereas the idea behind Idioteque was, as Thom says, to “capture the exploding beat sound when you’re at a club and the PA is so loud you don’t know it’s doing damage”.

“Once we finished this record I started being easier on myself,” Thom said back in 1999, “because I understood a bit better where I was supposed to be. I managed to get sounds that I wanted out of my head and onto tape; it meant I could be a bit happier about the place I was at.”

Kid A was a clear message from the band that they would not settle into a niche and stay there but continue to evolve both creatively and sonically. Previous albums may have garnered more acclaim and later releases pushed their sound, but Kid A set a precedent and remains their most audacious artistic statement.