An Oberheim badge and Tom Oberheim signature come with each TVS Pro. 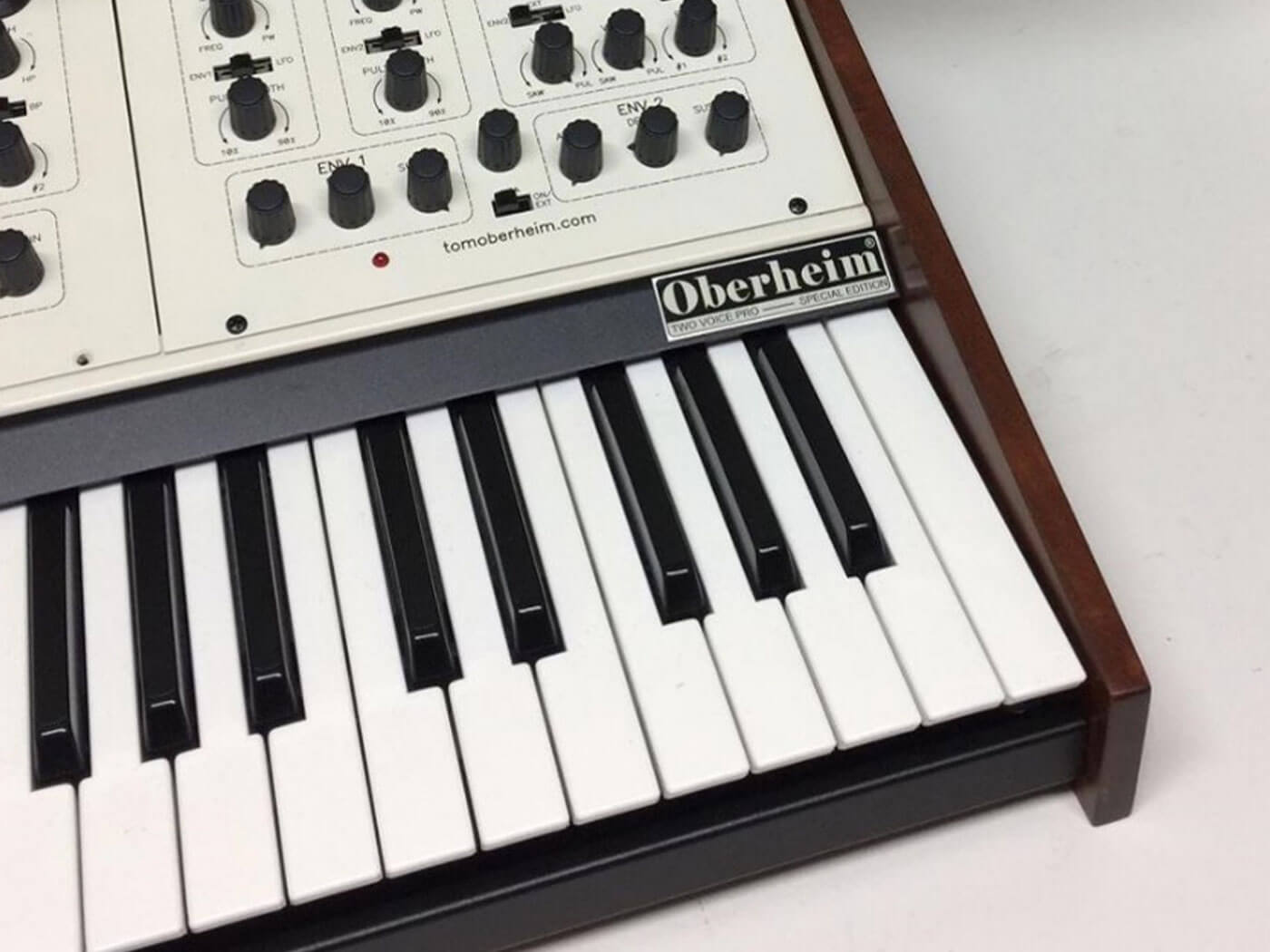 After popular demand, the 2018 Oberheim TVS Pro synth is returning as a Special Edition, complete with an Oberheim logo badge and Tom Oberheim’s personal signature.

The TVS Pro is a two-voice synth based on the TVS-1 released in 1975 and is Tom Obehreim’s favourite synth from the original Oberheim era. It’s built with two Synthesizer Expander Module, or SEMs, that Oberheim often used throughout its products.

The SEMs are controlled by a velocity-sensitive keyboard and 16-step sequencer, with the ability to store multiple sequences and link them up to create songs. Eighth, sixteenth and triplet ratchet modes could be deployed, along with sample and hold.

SEMS can be split across the keyboard, played duophonically and in unison, and the sequencer can operate either one or both modules. Pitch and mod wheels are featured, too, along with a global vibrato LFO and VCO 2 detune.

Oberheim’s 2016 synth was connectable via MIDI in, out and thru, plus a total of 56 patch points on the top panel and six quarter-inch TRS jacks on the back.

The original run of the TVS Pro came with a price tag of £3299 each, although no price details have been shared about the Special Edition reissue. You can pre-order the synth now, but there is no option to do so on the Oberheim website. Instead, you may have to contact the company directly via the contact form on the site.

On the site, Oberheim says: “Although the last TVS-Pro was manufactured in 2018, interest in this synth has continued. By popular demand, in 2021 Tom is bringing back the TVS-Pro as a Special Edition, with each unit now having the original ‘Oberheim’ logo badge, plus Tom Oberheim’s personal signature. These are currently available for pre-order, with more information on delivery scheduling to be announced later this year.”

Find out more at tomoberheim.com.