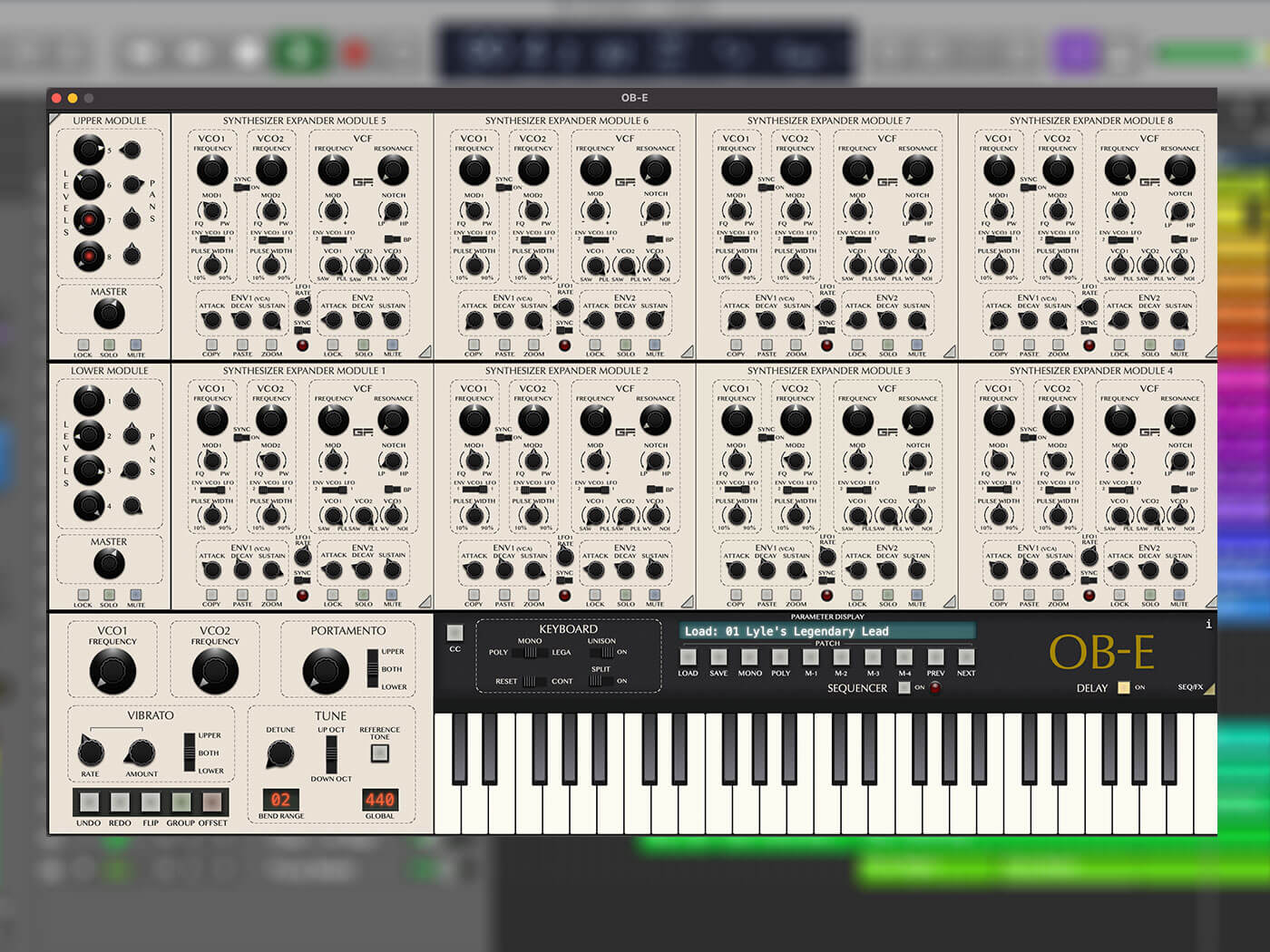 Music software developer GForce has unveiled its emulation of the Oberheim 8-Voice after over two years in the making. The GForce OB-E plug-in is an authentic model of the original polysynth icon and is the first virtual instrument with complete per-voice control, alongside new creative additions such as an eight-step sequencer.

GForce OB-E is built around a single Synthesizer Expander Module, or SEM, containing two VCOs with pulse and sawtooth waveforms, two ADS envelope generators, an LFO and a multi-mode filter. A SEM is monophonic, but the Oberheim 8-Voice boasts eight SEMs controlled by a polyphonic keyboard. This principle is faithfully recreated in GForce’s OB-E, offering a unique 8-Voice Octaphonic architecture.

When faced with a behemoth synth, creating a patch from scratch can sometimes be quite overwhelming. GForce says OB-E has some features that make it more approachable. For example, a creative eight-step sequencer is included for flexibility and playability unavailable on the original hardware. Unison chords are easily deployable, and a new routable stereo delay will help you make even bigger-sounding patches.

OB-E has two sides, too. You can switch to monophonic mode with the Mono button, loading up a default mono patch. This will then zoom into the SEM 1 instrument, which will help you get to grips with an individual SEM. Click Poly and you’ll load in a default polyphonic patch, with the screen set in 80Voice Octaphonic view with all SEMs visible.

600 factory presets are included in OB-E, all tagged and categorised and designed to be ready for use in the mix.

GForce has brought the 8-Voice into 2021 with OB-E’s polyphonic aftertouch and MPE support, along with extensive velocity and aftertouch modulation, pan and volume per SEM.

The release comes a week after GForce’s Dave Spiers posted an 8-Voice patch design demonstration. He showcases the rich timbre and various modulation techniques that can be achieved on the original hardware. At least, that’s what he lets on. Then he reveals in the outro that all the sounds were created by the GForce OB-E.

GForce’s OB-E mission goes as far back as 2009, but when Tom Oberheim announced that he intended on remaking the SEM synths, they shelved the idea. In 2018, it became known that Oberheim intended to discontinue the SEM and 2-Voice. GForce then resurrected its project to showcase its “enduring passion for this instrument”, it says.

GForce OB-E is available at an introductory price of £130, plus VAT, until 8 March 2021, moving up to a modest £150 plus VAT thereafter. The plug-in is available only for macOS, although the brand says it will continue to gauge interest in a Windows version.