The brand’s popular plug-in gets a new library of sounds. 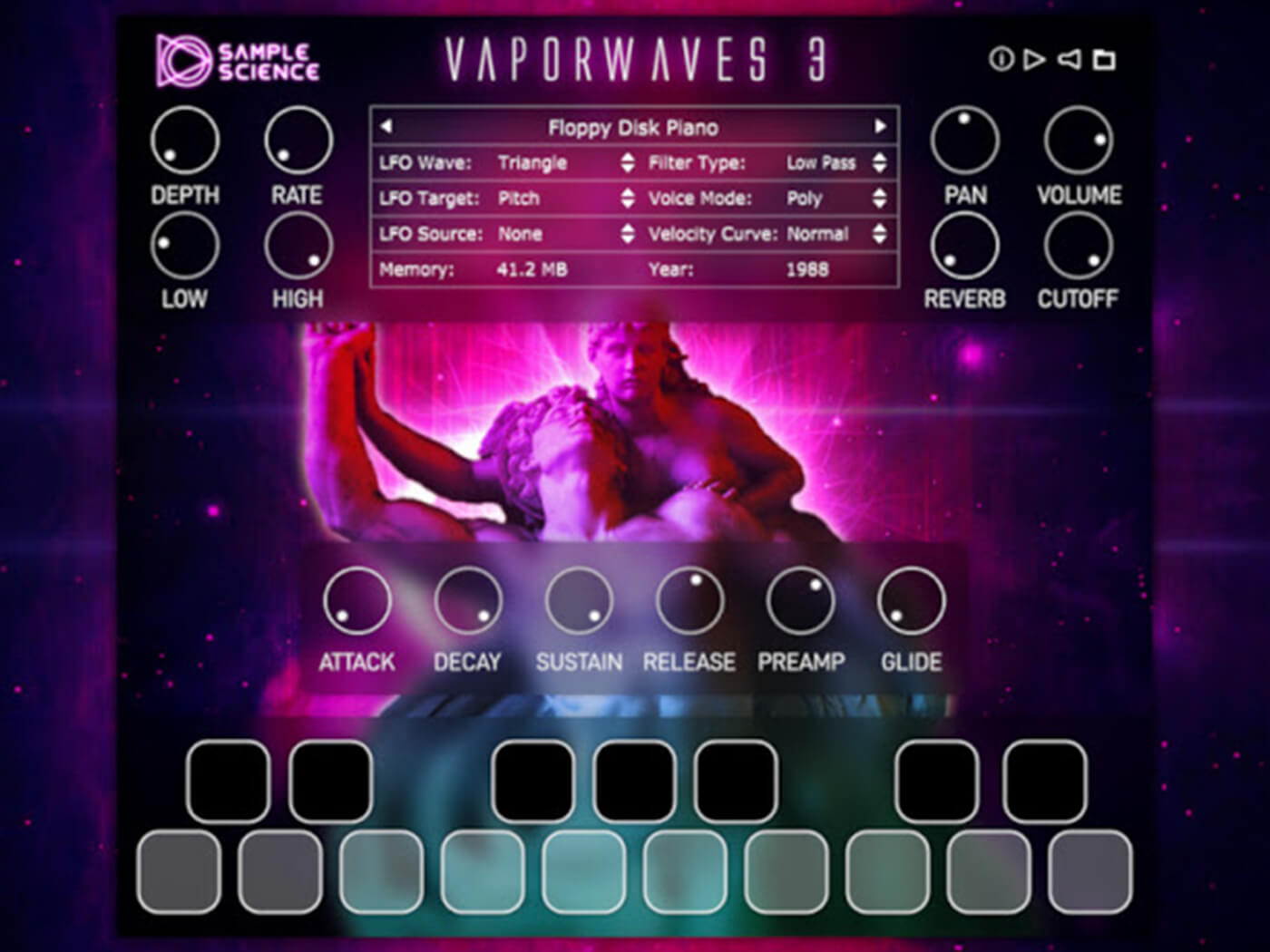 Hot off the heels of its successful Vaporwaves 2, plug-in developer SampleScience has announced Vaporwaves 3. As with its predecessors, this instrument is based on the online cultural phenomenon of vaporwave, a genre built on sampling nostalgic music and art of the 80s.

Listen to it below.

52 sounds are included in Vaporwaves 3, totalling 1.67GB, all recorded on a classic format. Taking inspiration from SampleScience’s range of other plug-ins, it features a multi-LFO, a low-pass/high-pass filter, multi-voice mode and glide control, amp envelope controls and a preamp control.

Vaporwaves 3 is available in VST, VST3 and AU for Windows and macOS. It will run on macOS Catalina via the Maize Sampler Player (VST3/AU only).

You can also get the Vaporwaves Bundle from SampleScience for $63, which will give you Vaporwaves 1, 2 and 3.

SampleScience Vaporwaves 3 is available now for $30. Find out more at samplescience.ca