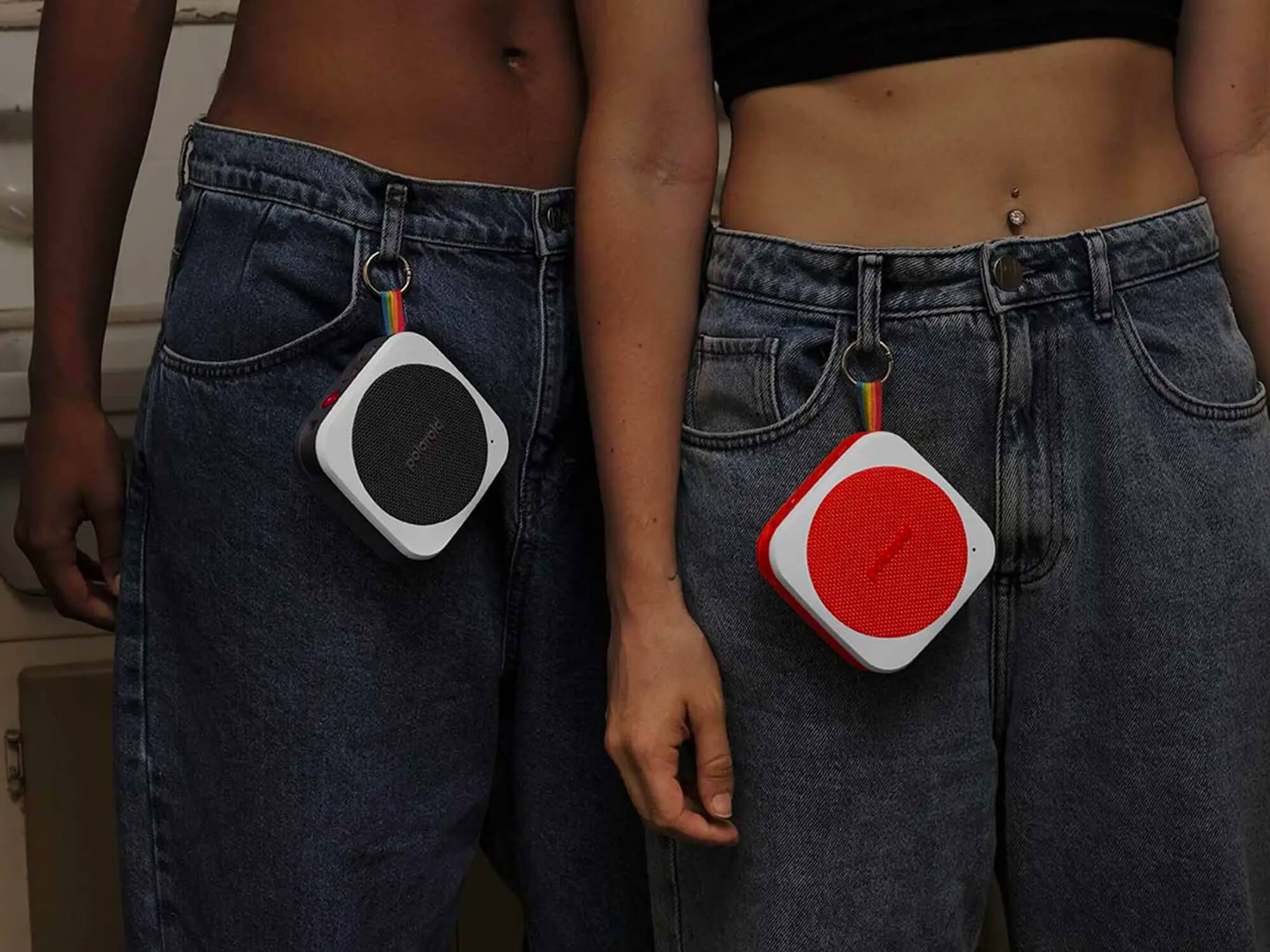 Instant camera maker Polaroid has announced a move into the music space with the launch of four portable music players – P1, P2, P3, and P4 – alongside a radio service and a music app.

Polaroid’s new music players include the wearable P1 and P2, the boombox-inspired P3 and the powerhouse P4 speaker. And they come in a variety of refreshing colours.

Said by the brand to be around the size of an apple and retailing at €59.99, the single-speaker P1 is the most portable of the offerings and is designed for smaller spaces. You’ll get about 10 hours of playtime, and it can be paired with other P1 players for a stereo setup – just tap them together.

A step up from that is the €129.99 dual-speaker P2, which offers about 15 hours of playtime and the ability to pair with up to two other P2 players through Bluetooth 5.0.

The P3 is where things start to get more boombox-like, with a polished metal handle and a retro-futuristic look. It’s about the size of a pineapple, says Polaroid, and retails at €189.99.

Finally, the P4 is armed with three speakers and boasts outputs up to 75dB. With over 15 hours of playtime and the ability to pair with other P4 players, it’s a monster best suited for large spaces at the price tag of €289.99.

Each player comes in blue, red, black, grey or yellow, which is a shout-out to Polaroid’s colour palette. Even the red shutter button makes an appearance (sort of) with the red switch on each device.

The players will be able to access the new Polaroid Radio music service, which will offer ad-free streams from FM stations in the US, Canada, UK, France, Germany, Italy, Netherlands, Sweden, Portugal, and Austria – with more countries set to be announced.

And if you want to swap stations without the companion app, there’s an analogue dial built-in just for that.

More information can be found on the Polaroid music website.