“A delicious blend of various effects paired with a tasty amount of modulation and controls.” 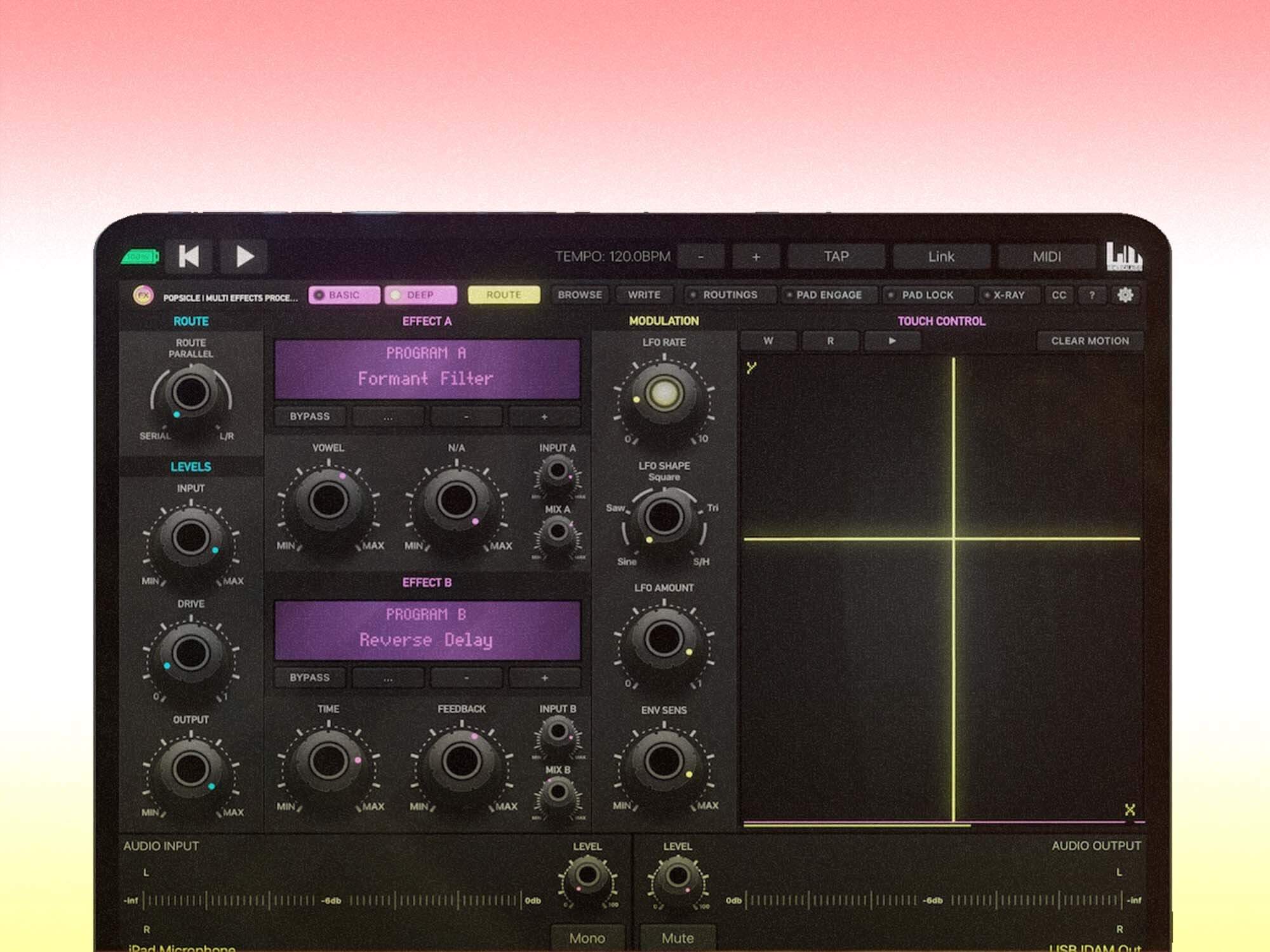 German developer Numerical Audio has unveiled Popsicle FX, a new multi-effects processor for iOS that promises to raise the bar when it comes to integrating the iPad into your workflow.

Popsicle FX is built around two independent stereo effects engines, each with access to a total of 24 different effect algorithms, from multimode filtering to bitcrushing.

The new app from the developer, specifically from ‘DSP Dude and EURO guy’ Kai Aras, gives wide-ranging control over its various parameters and comes as a standalone app as well as an AUv3 plug-in iOS, meaning it’s possible to run several instances simultaneously.

Each effect presents its own set of fixed parameters and mix options, along with an X/Y Korg Kaoss Pad-style touch interface that can also record user gestures for free or tempo-based looping and retriggering of a passage of movement. There is also the option to route effects in series or parallel or, usefully, to split effects across the stereo field so that one is affecting the left channel and another the right.

It also includes an advanced Deep Mode, which reveals a modulation matrix offering a sync-able and wave-variable LFO and an envelope follower.

Popsicle FX is available now on the Apple App Store at the introductory price of $7.99 until March 30th 2022. It runs on iPhone, iPod Touch and iPad as an AUv3 plugin as well as standalone.

For more information see Popsicle FX on the App Store.