The audio waves are “directional” so that only you can hear them. In theory at least. 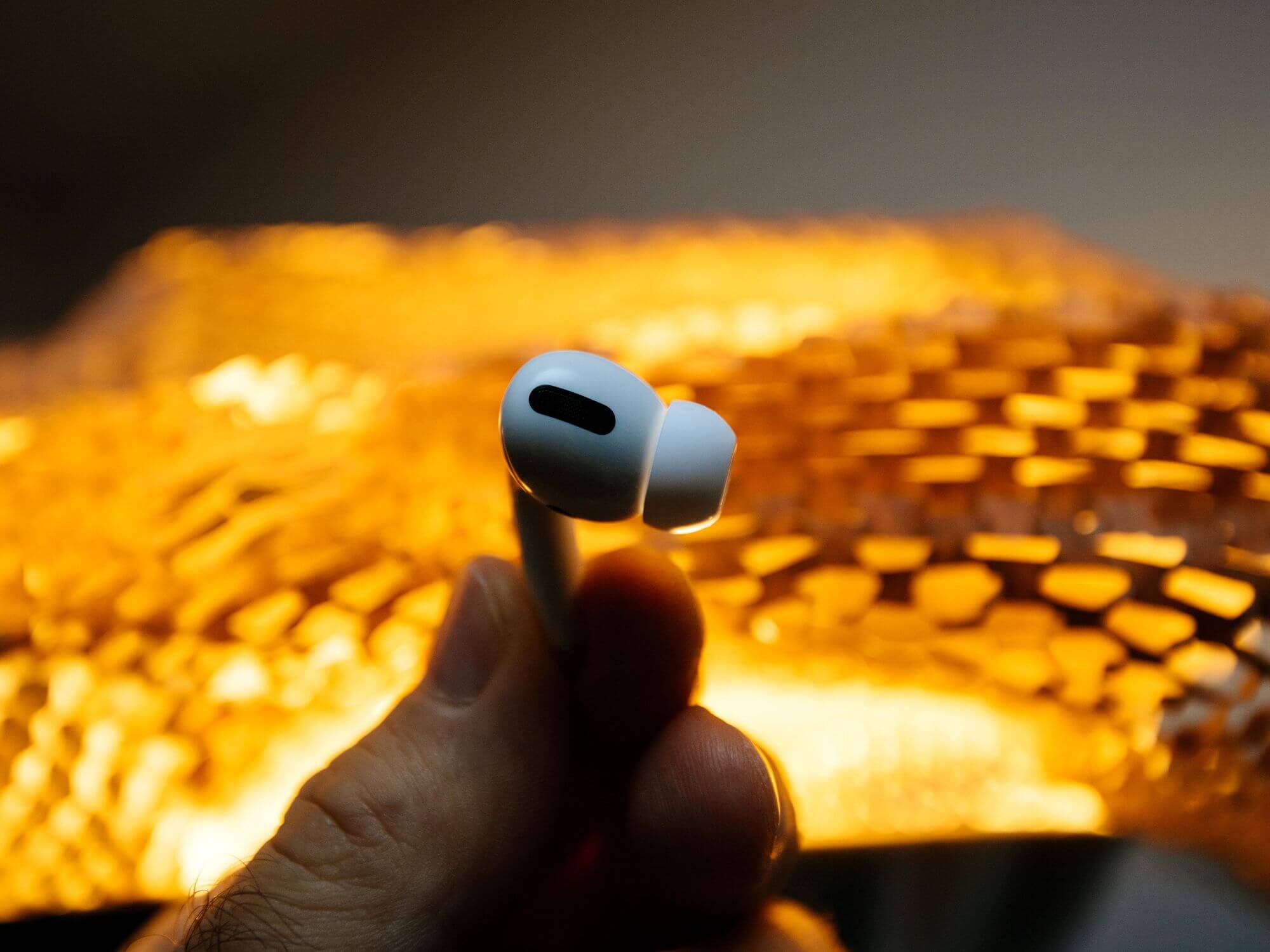 The patent, which was spotted by Patently Apple, shows a wearable device with an audio module that can provide audio output from a distance away from the ears of the user.

Unlike typical audio headsets — like the current AirPods — that make use of acoustic speakers that sit on, over, or in the ear of the user, the wearable device can be worn on clothing of the user and feature an audio module that directs sound waves to the ears of the user.

Though it might sound like you’re just hanging an annoying loud speaker in your chest, Apple explains that to ensure only you can hear what you’re listening to, the audio waves will be focused by a “parametric array of speakers” that limit audibility by others. Think laser beams, but in audio form.

This maintains the privacy of your audio while allowing you to hear ambient sounds as well as interact with others around you, making activities like trail running and cycling on the roads while listening to music much safer.

While it may be somewhat difficult to imagine the audio equivalent of a laser beam firing songs into your ears, we have already seen such technology in some other devices like smart glasses and neckbands or home speakers.

Billed as “invisible headphones”, the Noveto N1 speaker released earlier this year uses a similar technology to beam sound straight to your ears, while a 3D sensing module and camera in the N1 tracks head movements in real-time to ensure audio is delivered accurately even as the user turns their heads.