The group are set to give their debut performance at Barcelona’s Sónar festival. 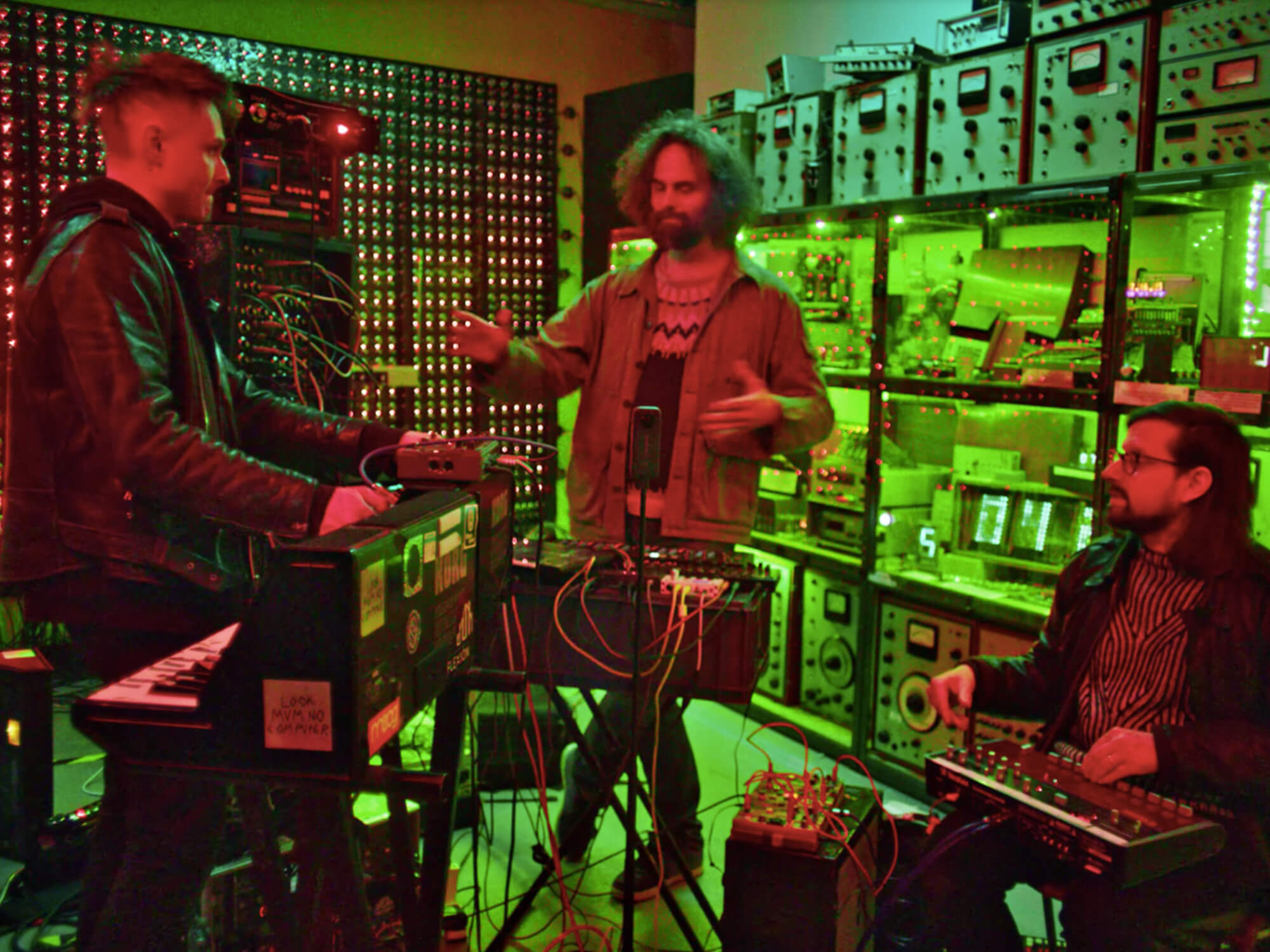 A clip of the group’s first jamming session was shared yesterday (26 May) to Patreon’s Youtube channel.

Held at This Museum Is (Not) Obsolete in Ramsgate, England – opened by Battle and which collects experimental and historic tech –  the trio discussed their thoughts on the collaboration and tested some of the museum’s instruments.

“I’m used to doing this kind of stuff on my own, like electronic music and making videos, but this’ll be the first time we’re going to do it as a band,” Battle said. “We’re all used to being solo musicians, so it’s about figuring out how to make space for everybody else.”

“[On] Uncompressed, I think Sam [Battle] came up with the name,” said Hainbach, “because I had the idea [that] we have to make something off the screen, step out of the screen, something where we’re coming into life really.”

“We saw the positive response[s] coming in from the announcements,” added Cuckoo on the group’s formation. “It just made my heart so happy.”

The group will join Barcelona’s Sónar music festival’s line-up for their first-ever public performance and will “premiere a new kind of live show that mixes live demonstration, improvisation and discussion, providing insight on their creative processes as they perform together.”

Watch Uncompressed in action below:

You can purchase tickets to Sónar here.