Look Mum No Computer opens the Museum Of Everything Else, dedicated to experimental instruments and obsolete tech

The Ramsgate museum will be open on weekends and allow people to interact with its pieces. 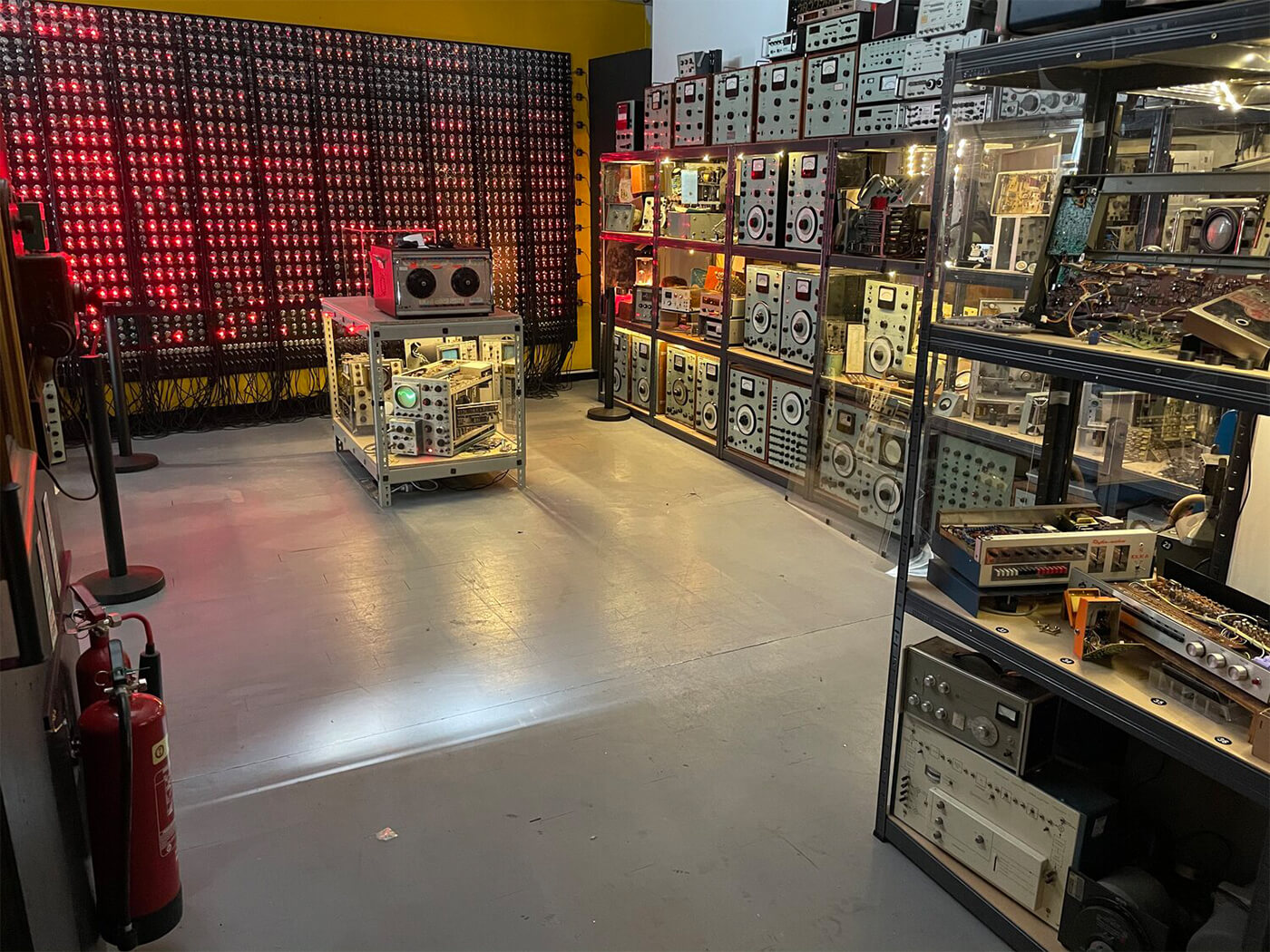 Sam Battle, the DIY music technologist better known as Look Mum No Computer, has opened the Museum Of Everything Else in Ramsgate. This could be a great chance to check out experimental instruments you may have seen on his channel and get up close with artefacts of obsolete technology.

Some of the instruments housed in the museum include the Furby Organ, Gameboy Mega Machine and massive 1000 Mega Oscillator Drone synth seen on Battle’s YouTube channel.

From this point on, Battle says he’ll post weekly videos of projects to YouTube, and if you want to see what he’s cooked up in person – and possibly even play it – you’ll be able to do so at the museum.

At the moment, the Museum Of Everything Else is open on Sundays at limited capacity and by appointment only. Battle’s Patreon supporters get first dibs for tickets, which go for £7.06 apiece. The next visit is scheduled to take place on 8 August.

Aside from music gear, the museum also houses an array of old technology, including Marconi video oscillators, a Solartron Digital Voltmeter LM1420 with Nixie tube display and a functioning and wired up intercom from the 1920s.

Learn more and see some of the museum pieces in photographs at museumofeverythingelse.com