“If you ask me what my instrument is, I’ll tell you it’s the computer”: Hans Zimmer on sampling

The Oscar-winning composer and producer explains his sampling process and why you don’t need to record an entire orchestra to get good sounds. 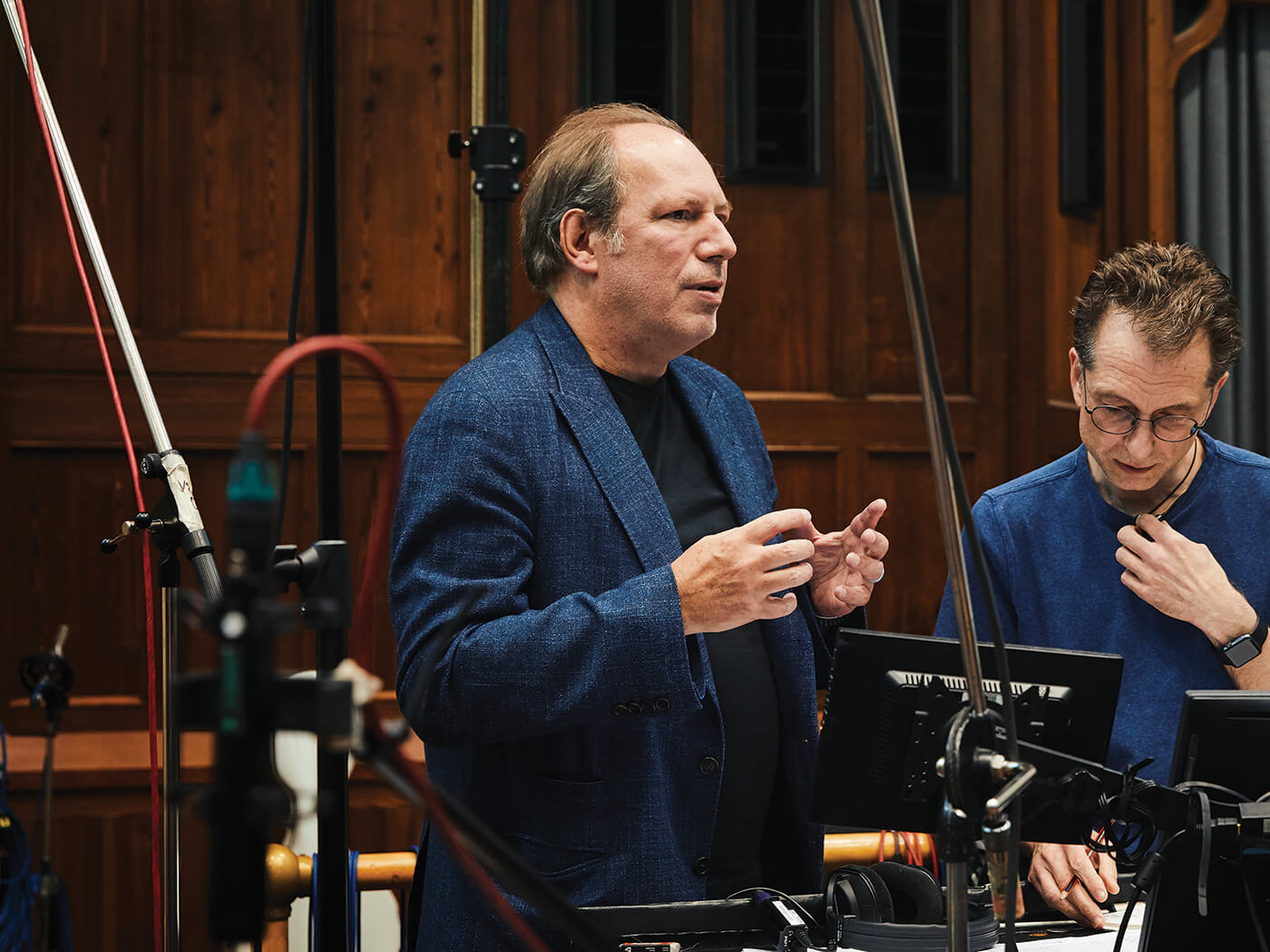 In a new video from Mix With The Masters, Oscar-winning composer Hans Zimmer explains his journey into sampling and why we should rethink the concept of an orchestra.

“A computer is a musical instrument that needs just as much practice as when you practice the piano, or the violin or the cello,” he says.

In the video, Zimmer recalls his earlier days of sampling, and how he would use 8-bit samplers to create mock-ups to present to directors. He explains how these early machines would let him show the emotional intent of the music – until he graduated to “12-bit samplers, then 16-bit, 24-bit, then I had a stack of samplers.”

The producer’s proficiency with samplers and sequencers are what spurred him on to create his own samples. “I’m definitely a better programmer than I am a player”, he says. “If you ask me what my instrument is, I’ll tell you it’s the computer.

“In [1994] I started to do my own samples, but it wasn’t about making the music sound better or making it easier to get the job. It was just for me because I didn’t want to sit there all day long listening to shit sounds.”

To get the best sounds, Zimmer went to some of his favourite musicians in London and asked to sample them – despite orchestras seeing samplers as an enemy at the time.

“If you let me sample you,” he said to the musicians, “I will make it so that directors will want more orchestral music, and you will actually get more work out of it. Because I’m going to be able to send something where they go ‘oh wow, orchestra is cool’ – there was actually a time where orchestra was seen as not cool.”

Zimmer’s project turned out to be even better than he thought. Other esteemed composers such as Harry Gregson-Williams, Ramin Djawadi and John Powell could now access the same samples as Zimmer and draft grand scores to show directors and then record real orchestras.

Speaking on his composition process, Zimmer says: “Once I have an idea of what I want to do, then it becomes a safari of sampling. We’re hunting down sounds, we’re making sounds. Each movie has loads of custom sounds in it. I work with the [Spitfire Audio] guys… Just as I am surrounded by talented musicians, I have talented guys in technology who are absolutely our partners in making music. ”

What if you don’t have access to such a talented bunch of musicians and software developers, though? “You don’t have to go out and sample a whole orchestra,” he reassures. “If you have a rubber band and a cardboard box and you can think of a really cool way of using it and sampling that and making a score out of that…I don’t understand why people don’t make sounds more themselves, why people don’t really learn how their computers work.

“What do you need to make great sounds? You need the thing that suits you and that you really learned.”