The Bronx-based DJ has been credited for his central role in the creation of hip-hop through his 1970s parties. 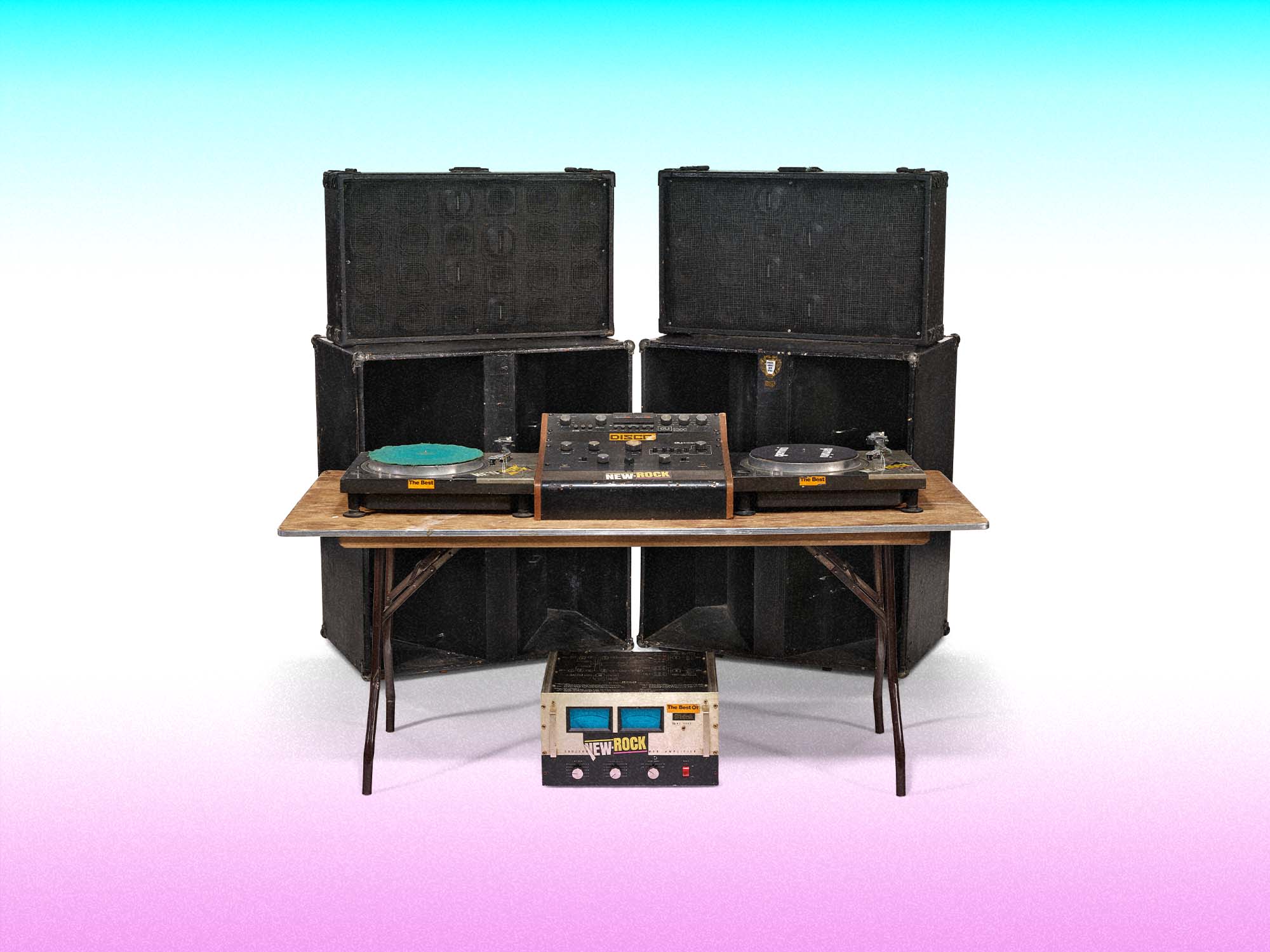 Memorabilia from hip-hop pioneer DJ Kool Herc is set to go up for auction at Christie’s in a collection being billed ‘The Birth of Hip-Hop’.

The Bronx-based DJ has been credited for his central role in the creation of hip-hop through his 1970s parties at 1520 Sedgwick Avenue in the Bronx.

Among the memorabilia on offer in the ‘Birth of Hip-Hop’ collection include a contract for a party held by the DJ, old sound system, a self-portrait, turntables, disco balls and a film projector, alongside other smaller personal items like clothing.

The auction is currently underway and will last until 18 August. The full collection can be seen at Christie’s website.

In a feature highlighting the career and accomplishments of DJ Kool Herc, Christie’s reflected on the beginnings of Herc’s career, writing, “It was 11 August 1973 and Cindy Campbell was throwing a back to school party. She had asked her brother to DJ the event, which would be held in the recreation room of their building at 1520 Sedgwick Avenue in the Bronx. Cindy planned to charge admission at the door– a quarter for girls, 50 cents for the boys. She wanted to use the proceeds to buy new clothes for the upcoming school year.”

“Cindy’s brother was known by most as DJ Kool Herc – a name that alluded to the Greek God of strength, Hercules. An up-and-coming DJ looking to make a name for himself, Herc understood that a party lived and died on the dancefloor, and so he found what set it off. As Herc’s hands worked across two parallel turntables, he unknowingly ushered in a new era of musical culture, laying the foundation for what we now call hip-hop.”

“Beyond his turntable stylings, Herc’s influence on hip-hop was far-reaching. Known for playing music and listening to records that weren’t mainstream, Herc introduced partygoers to artists and songs they had never heard before,” the auction house wrote, noting that the DJ had also invented the ‘Merry-Go-Round’ technique by isolating the ‘breakbeat,’ using turntables to shift from break to break and allowing b-boy culture to flourish by extending these moments.