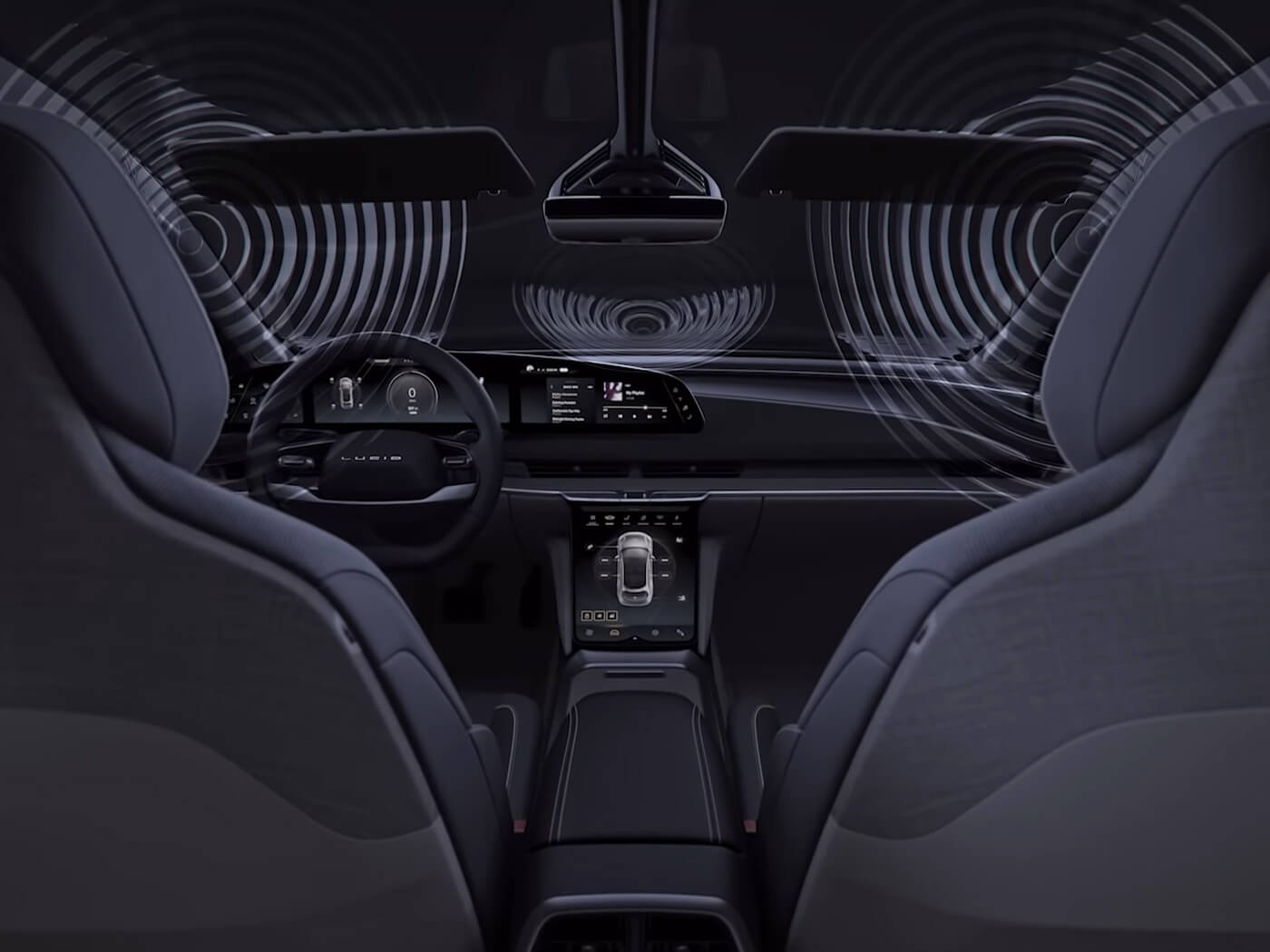 Lucid Motors’ luxury electric car, the Lucid Air, is set to be the first car to feature Dolby Atmos integration with 21 speakers placed around the interior of the vehicle. Dubbed Surreal Sound, the sound system plays audio to the listener from the front, rear, side and roof for precise sound positioning.

The automotive company teamed up with Dolby Labs to ensure that the experience and setup was up to standard. According to Lucid, the sound system was designed to be like a recording studio that’s capable of processing hundreds of sounds and sources simultaneously. The brands used Capitol Records Studio C as a reference in designing the system.

Music and entertainment isn’t the only use for Surreal Sound, though. The system can be used to communicate with the driver with signals, warnings, indicators and more. “For example, if someone in the rear seat is not wearing the seatbelt, the seatbelt chime comes on, but it comes from that back corner”, explains Antonis Karalis, senior product manager, audio infotainment. “Or when we start up the car – it doesn’t just come to life in front of you. It comes to life all around you.”

Tim Pryde, director of music at Dolby said: “It was very obvious to us that Lucid was trying to do something different and trying to do something that was unique to the automotive experience. We are creators creating things for other creators. With Atmos we’re giving creatives a whole new way of thinking about audio to where they now just think about audio in space.”

Many producers will gladly tell you that listening to a song in a car is a trusting way to tell if the mix is sounding its best. A 21-speaker Dolby Atmos system might be a little overkill for a stereo mix, but it might be a sign of things to come for the future of music production and listening.

Sony recently announced the launch of its 360 Reality Audio plug-in, which could lend itself to systems like this. Likewise, iHeartRadio is experimenting with podcasts recorded in 3D audio, placing the listener in the space with the podcast hosts. This could be a surreal experience in Lucid Air.

Find out more at lucidmotors.com.