Rhodes has finally revealed a full picture of the upcoming keyboard 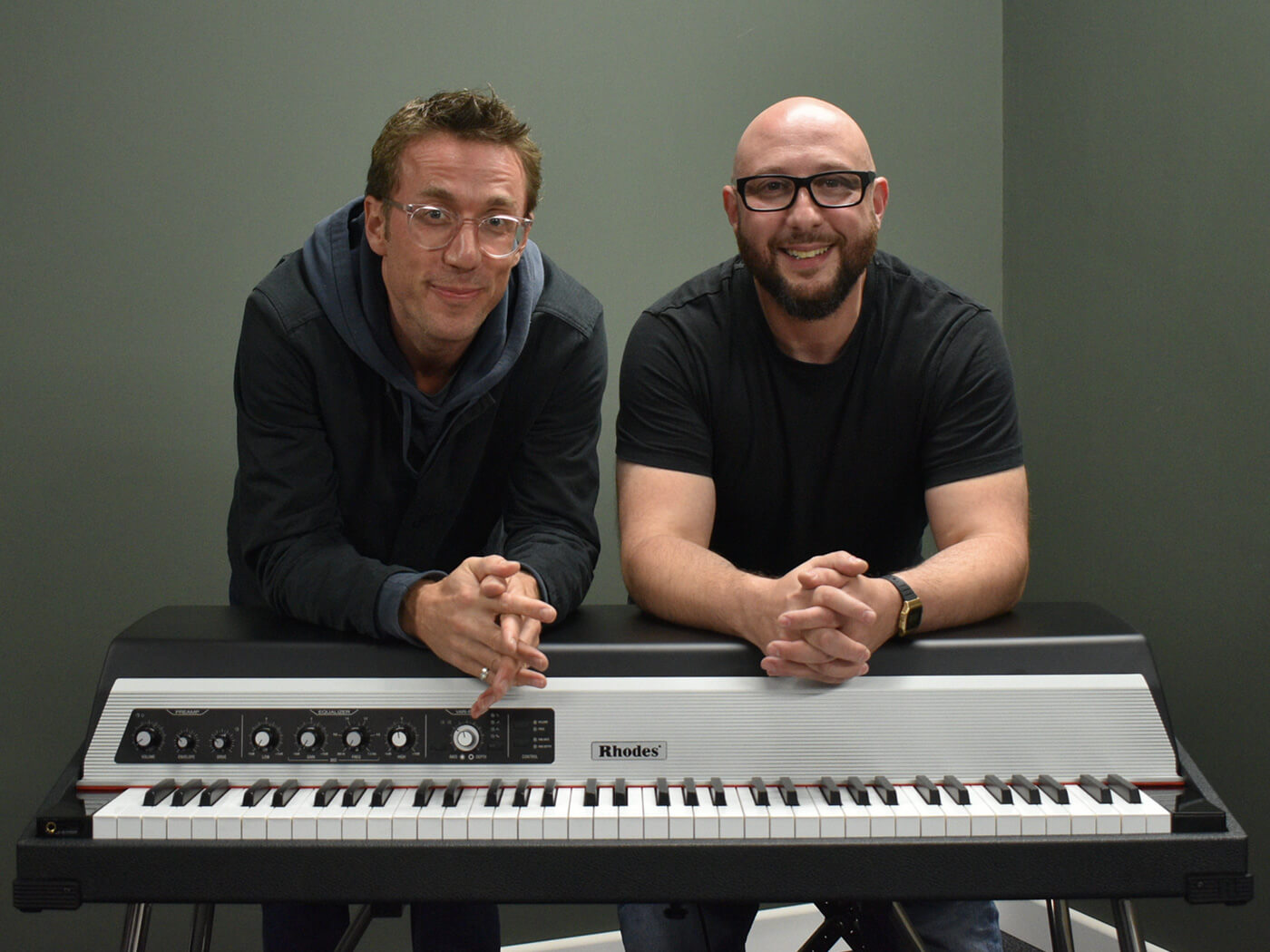 Rhodes Music Group has shared a new photograph of the elusive MK8 keyboard, along with keyboardist Bill Laurence’s first opinions of the hotly-anticipated instrument.

Bill Laurance, the four-time Grammy Award-winning keyboard player for jazz fusion band Snarky Puppy, recently visited the Rhodes factory in Leeds to try the MK8. According to the jazzman, the Rhodes MK8 is a “beautiful…really serious instrument.”

“That’s inspiring,” he adds. “That’s what you want when you play an instrument.”

What “that” is remains unclear, much like many of the mysterious details Rhodes has slowly trickled out to the industry. This week, at least, the company has shared the first picture of the MK8 in its entirety, as opposed to obscure shots and renders of the keyboard. Bill Laurance and Dan Goldman, chief product officer of Rhodes Music Group, can be seen leaning over the new MK8.

This model of the MK8 boasts the classic Rhodes aesthetic in black and silver, with a hint of red atop the keybed. Last week, the brand shared renders of the MK8 in various colours, which customers will be able to choose from when buying the instrument.

Rhodes previously stated that the MK8’s effects can be customisable, too, saying that you can “decide whether you add Rhodes stereo effects, a stand, or select from a range of stunning colours and sparkle finishes for the lid and panels.” The MK8 pictured above appears to come with a preamp, EQ and vari-pan, leaving the new BBD chorus, VCA compressor, delay effects, and phaser up to our imagination.

There is still no word on a release date for the MK8, but Rhodes appears to have kept its promise of releasing new details of the keyboard every week.