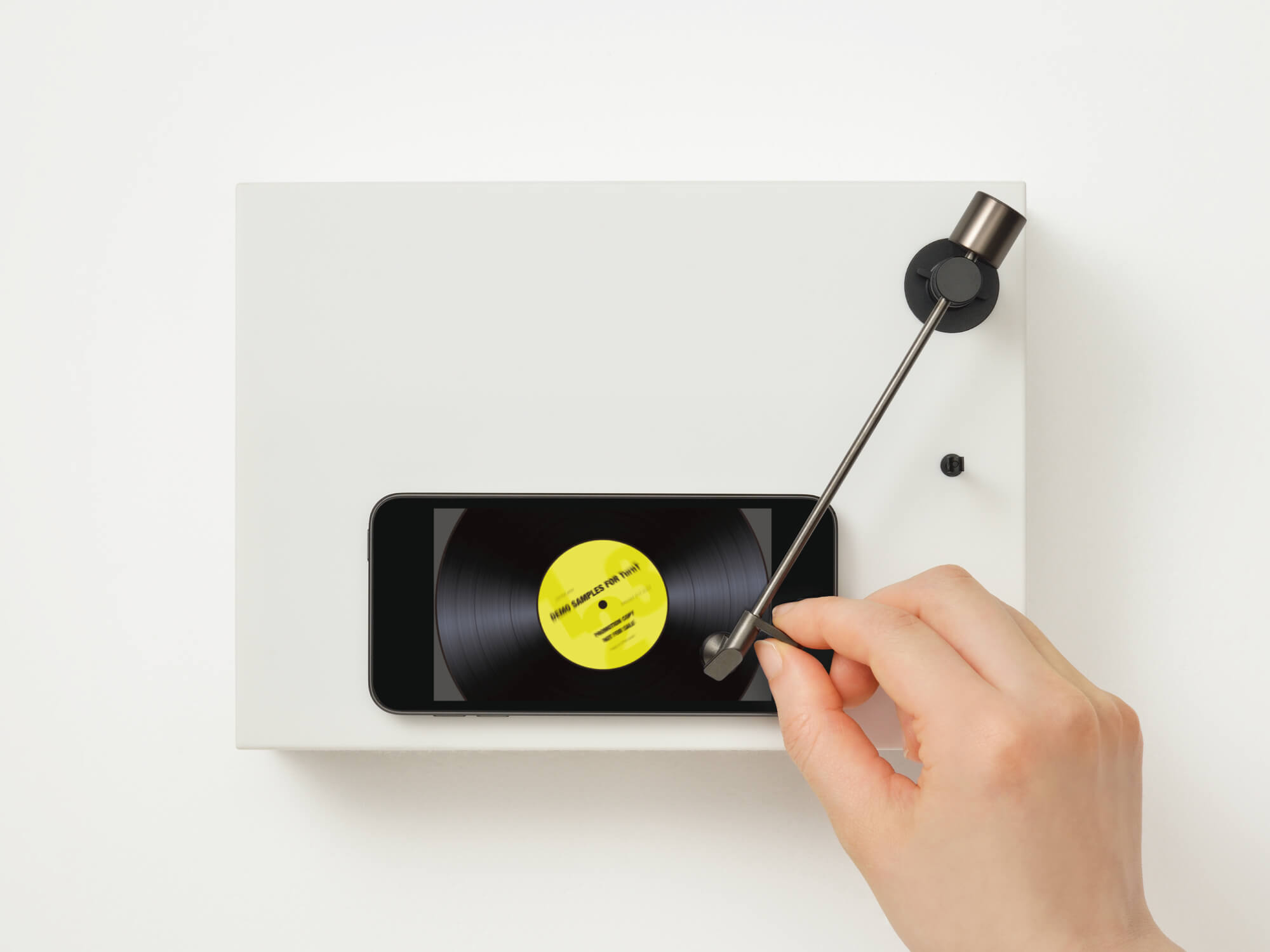 Yamaha Design Labs has revealed a series of music devices designed to “work in symbiosis with smartphone apps” as part of its Stepping Out of The Slate concept collection.

The collection of proposed devices marries traditional concepts like a turntable and a wind-up music player with smartphone technology, which Yamaha says is designed to fulfill “a longing for more substantive and tactile interaction that cannot be achieved with touch panel operation”. The devices are designed to work in conjunction with smartphone apps to add a tactile experience to playing music, as the TurnT smartphone turntable comes with a stylist that can be placed on a representation of a vinyl on the user’s smartphone. Moving the stylus will cause different parts of the song to play.

The Winder music box is another direct representation of this design philosophy as a music box dedicated to a single song. Once wound up, the song on the connected smartphone will play, and the device will also generate sound movements according to the flutter of the spring.

The romantic MusicLight concept device will start a song when a candle is lit up in its holder, and the wavering of the flame will also produce some subtle flickering in the music itself. Once the candle is extinguished, the music will also fade out in an “afterglow”, which Yamaha likens to watching a campfire go out.

The final set of devices are charming metronome robots that play a unique acoustic sound called RhythmBots. The robots can be either linked to the user’s smartphone to play rhythms along to the tempo of the music being played in real-time.

Yamaha has not said if any of these devices will make it to production, but notes that all prototypes shown in their collection were built to work and can be tested for real-world use.