A partnership feature with Teespring is expected to roll out later this month. 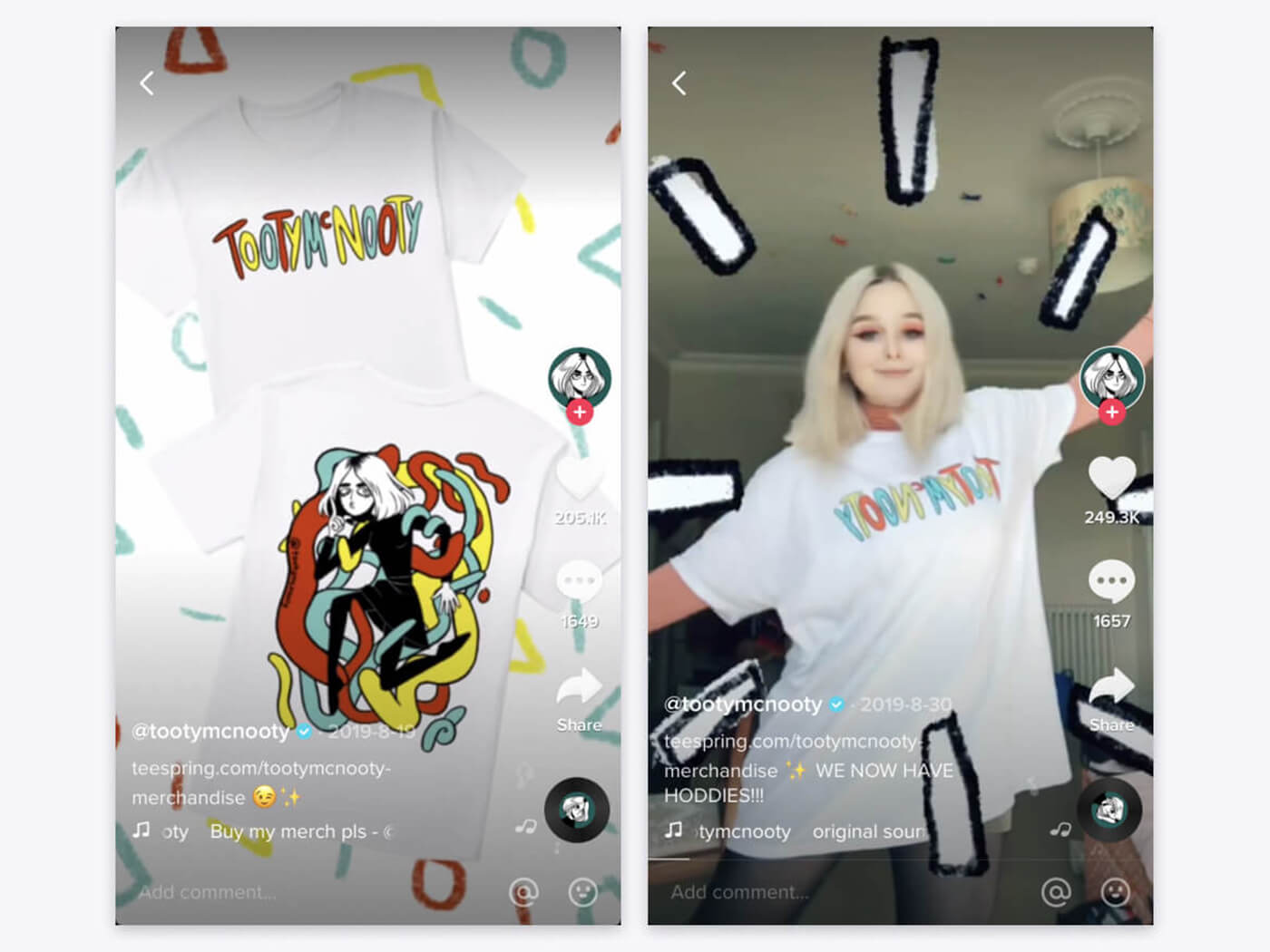 TikTok users will soon be able to sell merch directly to fans through a new partnership-led feature with e-commerce platform Teespring.

The feature, expected to roll out in September 2020, now has 7,000 US-based TikTok users participating in a private beta.

Through the feature, creators will be able to “create their own products on Teespring, push it directly to TikTok, and then have fans be able to buy products directly through TikTok,” said Teespring CEO Chris Lamontagne to The Verge.

According to a press release, creators can add their bespoke designs to a selection of 180 different products, ranging from T-shirts and mugs to skateboards.

Teespring said roughly 2,400 global creators sign up to its platform every day, and over the last two years, the brand has paid out over $80m in creator profits.

Meanwhile, TikTok recently revealed its user numbers for its lawsuit against the US government. The app has roughly 100 million monthly active users (50 million daily) in the US, and has been downloaded roughly 2 billion times globally.

In August, TikTok announced its partnership with distribution platform UnitedMasters to let users distribute their music to streaming platforms directly through the TikTok app. The Chinese-developed app also has integrations with YouTube, Instagram, Twitch, Discord and Streamlabs.

Meanwhile, President Trump’s threat to ban TikTok in the US if Bytedance owns it has forced to the Chinese parent company into talks to sell the app’s US operations. Microsoft, Walmart, Oracle and Triller are amongst potential buyers.

The TikTok app was also banned in India this June, with the Indian government citing concerns relating to the data security of its 1.3 billion citizens.