21 shows could be axed, in what is a “fundamental blow to the health of the entire grassroots sector”, groups say 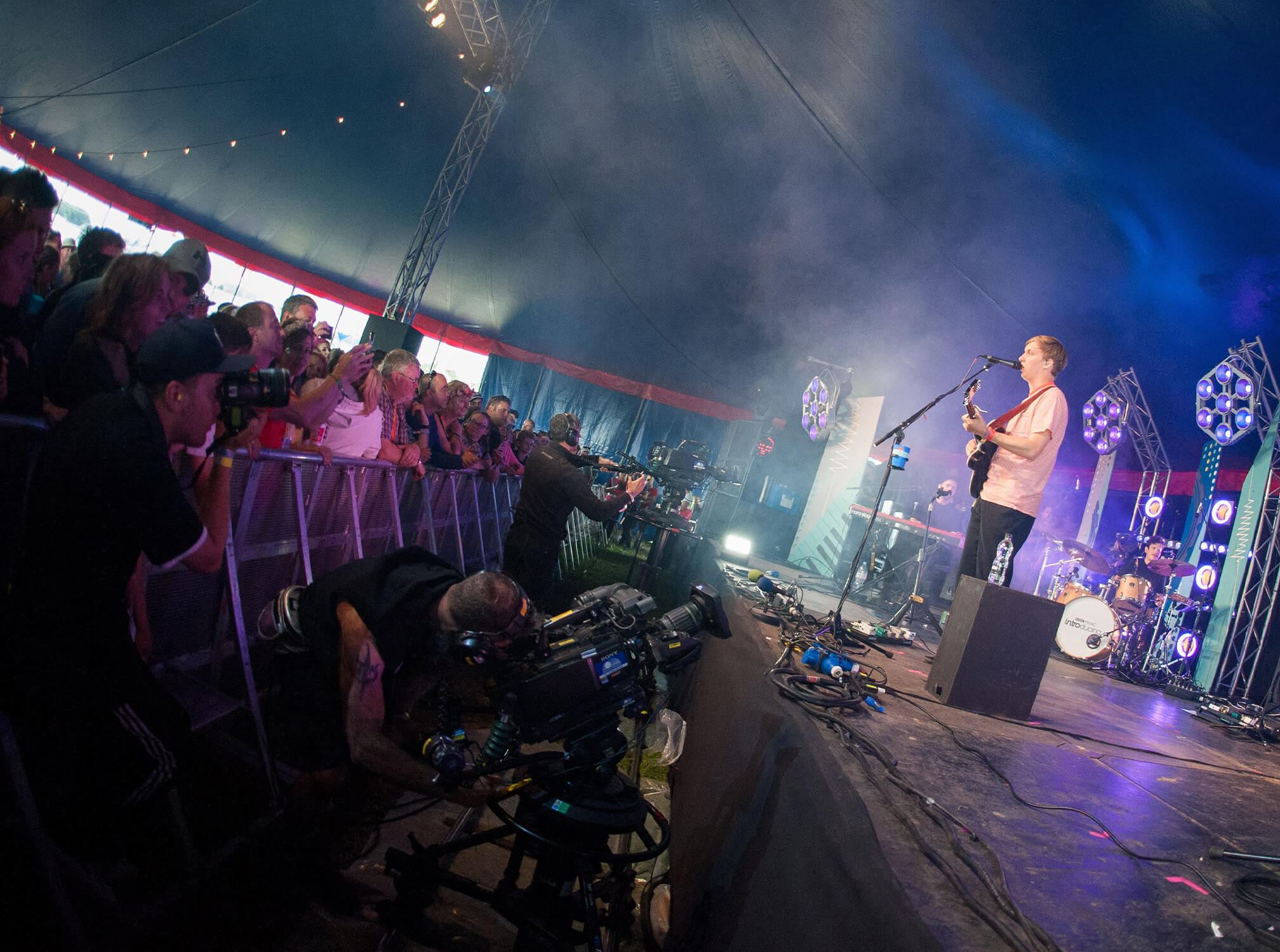 Music industry leaders are calling for the BBC to halt its plans to scale back BBC Introducing, a radio platform that shines a light on new and emerging local musical talent throughout the UK.

BBC Introducing, alongside hosting events and stages at festivals, is a regular radio show that takes place on local BBC radio stations in the UK. It showcases music by and features interviews with unknown and upcoming musicians and bands, giving them a leg up in the music industry.

Since the platform was set up in 2007, it’s helped launch the careers of Lewis Capaldi, Florence + The Machine, Ed Sheeran, Blossoms and Little Simz, among myriad others.

However, as revealed by BBC Introducing presenters via Twitter on 13 January, a series of cuts being made by the BBC could mean that the local radio element of the platform will be predominantly scrapped. Apparently, 32 regional Introducing shows could be whittled down to just 11, with shows either merging or being taken off air completely, and with all presenters now on notice of redundancy.

In response to the reshuffle, 13 music industry bodies, lead by the Music Venue Trust and Association of Independent Music, have addressed an open letter to BBC chairman Richard Sharp, writing that the cuts could result in a “fundamental blow to the health of the entire grassroots sector”.

The letter reads: “BBC Music Introducing is a fundamental cog in the machine of the grassroots sector… [it] is a prime example of what the BBC does best … directly addresses the core aims of the BBC, acting in the public interest, serving all audiences and delivering impartial , high quality and distinctive output and services which inform, educate and entertain.

“We want to impress on you very strongly that this would be a fundamental blow to the health of the entire grassroots sector. New and emerging artists already face significant obstacles to breaking into the music industry, challenges that are amplified for those artists and musicians living outside of the major cities.

“BBC Introducing has been essential in providing access routes into the industry, with local and regional opportunities available right across the country. Whatever reorganisation might be required to meet the demands of the future stability and viability of the BBC, it should not be the case that BBC Introducing is the unintended victim of those changes.”

AN OPEN LETTER TO RICHARD SHARP, CHAIR OF THE BBC BOARD

The Future of BBC Introducing

We are writing to you as a group of organisations that represent key stakeholders in the live music industry… pic.twitter.com/LivwpGObvh

Since the letter was sent to the BBC chairman, a BBC spokesperson recently told NME: “We‘re committed to maintaining dedicated support for discovering and sharing the work of new talent at each of our 39 local radio stations. Local radio will continue to celebrate local artists and be an entry point for talent.

“We need to acknowledge the changing listening habits of audiences and the intention is to reach even more people. Every local radio station has a place on BBC Sounds which has a fixed Introducing slot featuring prominently with more content than radio schedules could ever accommodate. We also regularly feature Introducing tracks and artists on breakfast shows and that will continue too.”