But Eddy Cue is far more bullish on the prospects of Spatial Audio. 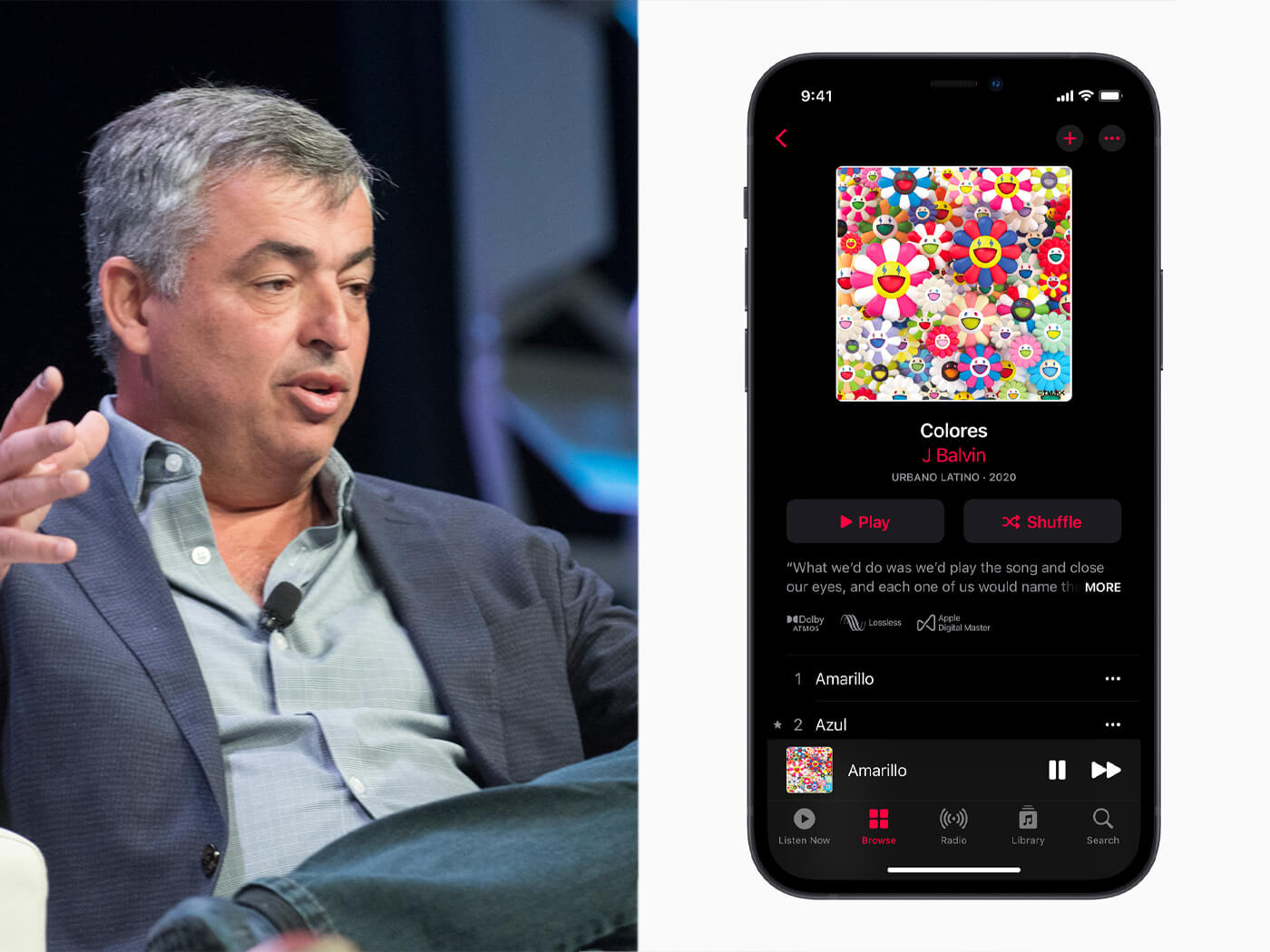 Apple Music head Eddy Cue has admitted he can’t tell the difference between compressed tracks and their lossless counterparts.

Cue, who is also Apple’s SVP for internet software and services, made the revelation in a new interview with Billboard on the place of lossless and Spatial Audio in the future of music. And he isn’t convinced that the former will spell any significant change for the average listener, partly because you need “incredible ears” and “very, very high-quality stereo equipment” to tell both formats apart.

“There’s no question [the future of music is] not going to be lossless,” Cue told Billboard. “Because the reality of lossless is: if you take 100 people and you take a stereo song in lossless and you take a song that’s been in Apple Music that’s compressed, I don’t know if it’s 99 or 98 can’t tell the difference.”

Cue then revealed that the Apple Music team performed regular blind tests internally,  comparing compressed stereo files and lossless ones, but he was unable to differentiate them.

“For example, [a] classical connoisseur may be able to tell the difference in lossless,” he said. “I can’t tell personally – I do the blind tests all the time with the team – I can’t tell. That’s a problem. That’s not going to work because that’s a marketing play, not a true customer play.

“The problem with lossless is you can tell somebody, ‘Oh, you’re listening to a lossless [song],’ and they tell you, ‘Oh, wow. That sounds incredible.’ They’re just saying it because you told them it’s lossless and it sounds like the right thing to say, but you just can’t tell.”

Cue, however, is far more enthusiastic about Apple Music’s other newly announced advancements: Spatial Audio and support for Dolby Atmos. In a nutshell, both are immersive audio formats capable of delivering surround sound and 3D audio through any set of headphones.

He added: “In a way, it won’t feel very good when I’m listening to something that’s not Dolby Atmos because it’s so good. It’s like when I’m watching HD, it’s hard to go back.”

Other industry pros have lauded the possibilities of Spatial Audio, including Sylvia Massy, No I.D. and Manny Marroquin, who all appeared in a roundtable discussion on the format for Apple’s WWDC 2021.