The collaboration uses hundreds of obscure sounds to produce a creative noise-based instrument. 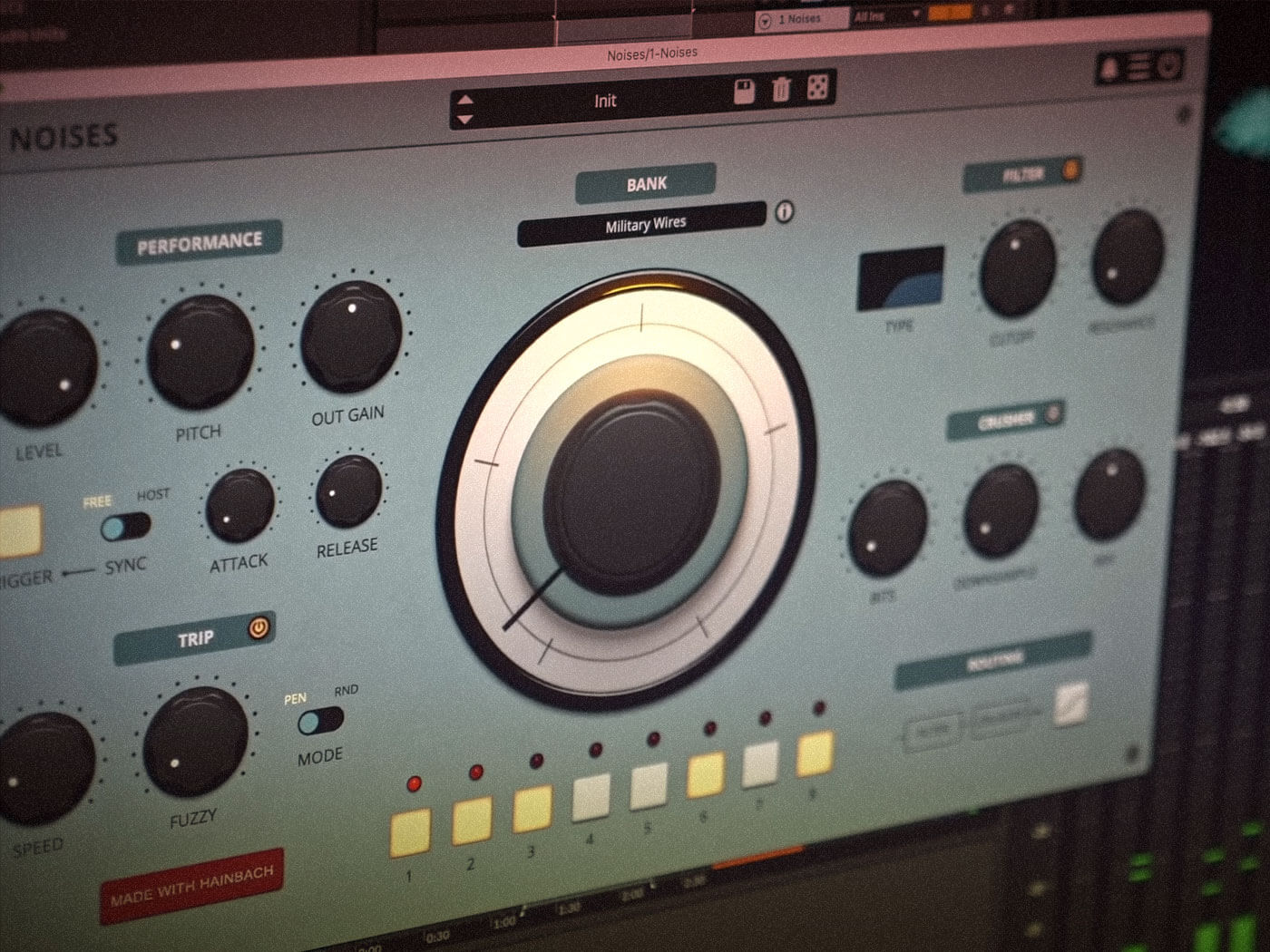 The latest software collaboration between electronic musician and composer Hainbach and AudioThing is Noises. The experimental instrument combines raw source audio captured by the Berlin-based musician with sound sculpting tools to “bring a vast world of noise into your music and audio production,” AudioThing says.

According to the company, Hainbach crafted “hundreds of recordings of rare vintage measurement and tape equipment, analogue synths, strange field recordings, electro-acoustic and magnetic field experiments and more” for the instrument, which offers multi-mode filtering, bit crushing, pitch-shifting and more to allow producers to tune its output. It also hosts a built-in sequencer to expand its range of musical applications. Hainbach has provided 1.18GB of samples for Noises and also created 118 presets. Users can create their own banks as well.

AudioThing adds: “Used subtly, [Noises] adds coherence to your tracks. Used creatively, this can be the basis for whole tracks. It is easy to create modern scores for film, games and podcasts with it and a quick tool for sound design. If you need a break, put it on and relax to carefully curated noise sequences.”

In Hainbach’s words, Noises is “a rainbow of sounds, but a bit of a twisted one since it’s all based on noise.” The various sound banks in the VST make use of Hainbach’s extensive collection of rare and remarkable electronic hardware, perhaps most notably the Flight To Mars bank, which uses what the artist totes as “one of the rarest instruments in my collection, salvaged from the wreckage of the old Bontempi factory by the good folk at the Museo Del Synth Marchigiano.”

The plug-in joins a growing list of collaborations between Hainbach and AudioThing, whose inventive previous projects include Things Motor, a morphing motor effect, and Wires, a Soviet wire recorder.

Noises is available now for PC and Mac in VST/AU/AAX formats at an introductory price of €45, after which it’ll retail for €69. Find out more at audiothing.net